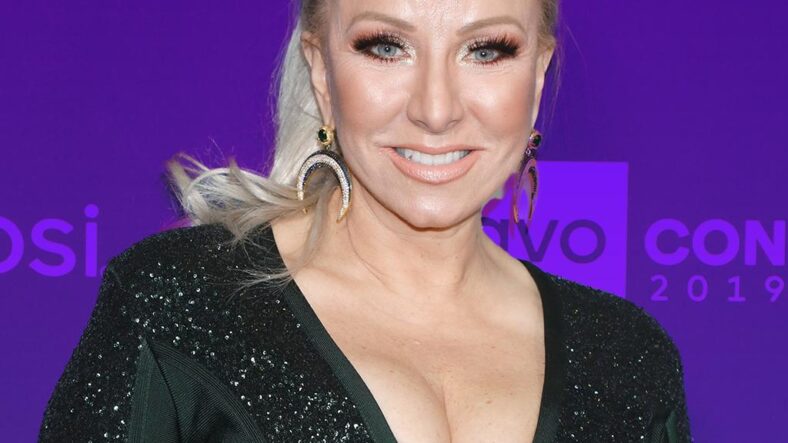 Margaret Josephs and her Real Housewives of New Jersey cast mates may not be filming with Danielle Staub any longer but according to a recent series of comments made by Margaret, they have remained on bad terms following their physical encounter on season 10.

While appearing on Rori Sassoon‘s podcast earlier this week, Margaret, who began filming with her cast mates over the summer, took aim at Danielle and her January 2020 exit from the series before discussing filming on season 11 and gushing over her husband, Joe Benigno.

“I think it’s going to be a great season, I think it’s different in COVID,” Margaret explained of the new episodes on the September 9 episode of the Raw With Rori podcast.

“We’re coming out of it,” Margaret continued of the pandemic.

As fans of The Real Housewives of New Jersey may have heard, Margaret and her cast mates began production on the new season in March but were quickly shut down due to the outbreak of COVID-19. Then, in July, it was rerouted that the ladies had returned to filming under strict restrictions and requirements.

Although Margaret couldn’t say a whole lot about what fans would be seeing from her and the other women when the show returns, mainly due to the fact that there is still plenty of filming to be done, she noted that the girls of New Jersey “always bring it home for the viewers.”

“I think we’re a lot different than the other franchises. We really do love each other [but] there’s definitely going to be the craziness,” Margaret teased.

One of the main differences between season 10 and season 11 will be the absence of Danielle.

In January of this year, while appearing on Andy Cohen’s late-night talk show, Watch What Happens Live, Danielle confirmed that she would not be returning to the Bravo reality series for season 11 after suffering falling outs with just about every member of the cast, including Teresa Giudice, during season 10.

“We know Danielle is not coming back. Thank God we got rid of her! That’s the good news,” Margaret announced.

Because there are still plenty of restrictions in place in the state of New Jersey, Margaret and her co-stars are being tested for COVID-19 twice per week.

“It’s not fun but we’re all healthy,” she confirmed.

Margaret Josephs Dishes on the Highs and Lows of ‘RHONJ’

According to Margaret, her time on The Real Housewives of New Jersey has come with plenty of pros, including the fact that she gets to meet a ton of amazing people. She also said that the series gives her a platform that exposes her to great things and allows her to request action from her fans and followers.

“[It gives me an opportunity] to touch people and be able to give back,” Margaret noted, adding that she “really loves” helping others.

As for the negative aspects of the show, Margaret told Rori that she doesn’t enjoy being confronted by people who think they know her.

“An ounce of truth can come out and it’s exposed into something that’s not true,” she explained. “People attack you. There’s an ugly side of it. You have no ounce privacy, lies are made up, people twist stories… People have said that I’m a horrible mother.”

Margaret and husband Joe have a combined total of six children and because the kids don’t want to be seen on The Real Houswives of New Jersey, she has kept them private.

“I keep my children private. I actually have a natural-born son that I never mention on the show because he’s a grown adult and doesn’t want to be mentioned. I hold my family close and tight to my heart and I don’t want anybody speaking of them,” Margaret explained.

“We are very close with our children and our family members and I do keep that private because they are private people and they chose to remain that way,” she added.

Margaret Josephs is a Fan of Other ‘Real Housewives’ Stars

When Rori asked Margaret which Real Housewives star she would like to go into business with, she chose former Real Housewives of New York City cast member Bethenny Frankel.

“She’s the most successful. Business-wise, she’s a mogul. She’s done a lot of things and she’s done a great job,” Margaret admitted.

As fans of the franchise likely know, Bethenny created a massively successful Skinnygirl line, which includes food, clothing, liquor, and other items, and inked a deal with MGM Television in 2019 that will allow her to star in and produce in a number of future seasons.

Margaret was then asked which Real Houswives cast member she would like to take a dip in the lady pond with. In response, she gave a nod to Brandi Glanville’s recent claims of an affair with her former Real Housewives of Beverly Hills co-star, Denise Richards.

“It won’t be Brandi Glanville! It wouldn’t be Denise either,” she laughed, adding that she wasn’t sure if anything actually happened between the two women.

After being asked about her marriage to husband Joe, Margaret didn’t hold back and quickly began gushing over the start of their romance and the way she feels about her husband today.

“I feel like I did a vision board to get Joe,” she admitted. “Though we all know I loved Jan, my first husband, we weren’t the most compatible. We had an amazing family but we didn’t have the best relationship. I always say he handed me on a silver platter to someone else, even though we loved each other. So I always said my next husband, he was going to be very manly, very nurturing, extremely capable, rides a motorcycle, and has a tattoo. And I feel Joe magically appeared.”

According to Margaret, she knew she wanted someone who was a bt of a stage five clinger after her marriage to ex Jan came to an end.

“My ex-husband wasn’t very jealous and I wanted someone who was very into me and desired me very much,” Margaret explained. “I wanted a throw-down type of guy and Joe walked in and we were really good friends before anything every happened. It was months and months of being friends before we even kissed and there was such a chemistry and we were so ready to be together. I just knew he was the guy for me.”

While Margaret admitted that she used to love to flirt with men when she was younger, she told Rori that after meeting and falling in love with Joe, she quit checking out other men because she was and still is completely head-over-heels for Joe, who she married in 2013.

“I never even look at another guy. I’m just so mad for him,” Margaret shared. “The way he smells, just being with him, I just adore him. To be, he’s just everything. I’m obsessed with his toes, everything about him I find adorable.”

No word yet on when The Real Housewives of New Jersey will return to Bravo for season 11.