Last week, we spoke with Real Housewives of New York City star Dorinda Medley about the episode that had aired last week. Specifically, we 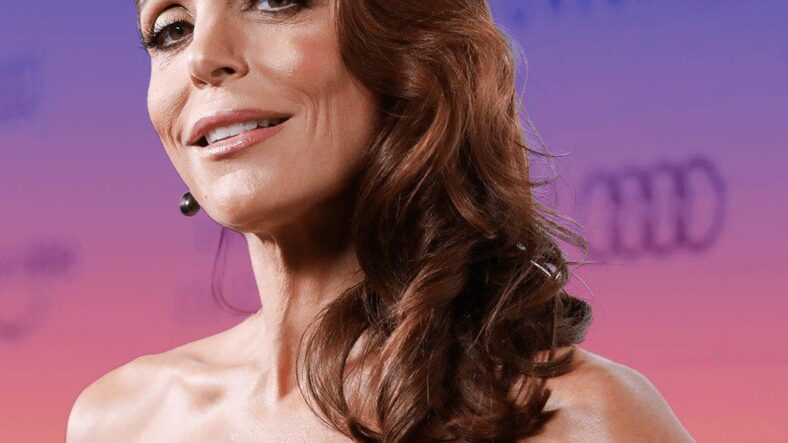 Last week, we spoke with Real Housewives of New York City star Dorinda Medley about the episode that had aired last week. Specifically, we talked about her costar Ramona Singer‘s behavior towards her.

Aside from discussing Singer, we broached other topics including Bethenny Frankel leaving the show, new star Leah McSweeney, who Medley wishes would come back to the show, and more.

“I think Bethenny will always be missed,” Medley began with sharing on Frankel’s surprise departure from the show. “She’s a dear friend of mine. And I think that she’s just a great Housewife. I think she’s – I don’t think the show is terrible because of it or that we can’t do the show without her, but, you know, she was a great Housewife. You can’t take that away from her. She was an A player.”

“Listen,” Medley continued dishing on Frankel, “you have a football team, you have your Tom Brady‘s. You can never not- Tom Brady on, Tom Brady off- it’s Tom Brady.”

“She’s very happy,” Medley added. “She made a decision and good for her, but, you know, I never stopped missing her. Not because the show’s not [as] great as it is- we’re great as a group. We all have great chemistry, we can do it. It’s not one or the other. I think that’s where people make a mistake. They try to bifurcate- it’s not- I think we did a really good job, I think we have a really strong team.”

Medley also noted that “The thing about the Housewives is, it goes on with or without us. I could leave, Ramona could leave- that is a machine that will never stop” 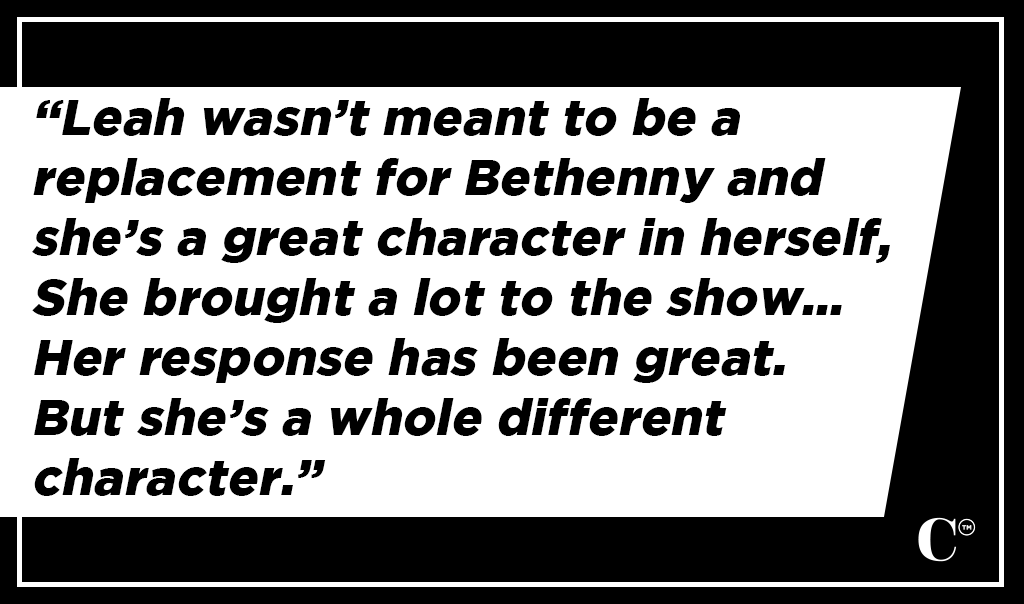 And what does Medley make of new costar Leah McSweeney?

“Leah wasn’t meant to be a replacement for Bethenny and she’s a great character in herself,” Medley began with dishing. “She brought a lot to the show… Her response has been great. But she’s a whole different character.”

“She rolled in, dare I say like I did,” Medley elaborated. “I think her second season’s going to be even more incredible. It takes a minute to get the temperature, figure out what stories are true, what aren’t. She kind of rolled in and she didn’t really know any of us. And that’s hard with this group.”

Why did Dorinda have it in for Tinsley Mortimer?

We then asked Medley about her issues with Tinsley Mortimer, who departed the show mid-season, and what she has to say to fans who were critical of her interactions with Mortimer.

“I hate to blame it on editing,” Medley began with explaining, “but you guys don’t see everything. You gotta remember, it is- I think that at the end of the day, I probably handled [things with Tinsley] incorrectly because I was going through so much. I just didn’t have a high tolerance for a lot of bullsh*t.”

“I was worried about her making the decisions,” Medley continued sharing. “I wanted her to be true to herself and I probably didn’t display that correctly. It came off bad because it was bad, but at the end fo the day, she seems to have made her choice. And everyone folded into it very quickly… literally at the tea party they end the episode and she’s saying I’m not with Scott and I show the picture and then the next episode she’s with Scott and getting married.”

“I thought that was sort of my vindication,” Medley added. “For some reason, It didn’t translate like that. I knew what the audience maybe didn’t know.”

Who should return to RHONY?

We then asked Medley which former Housewives she would want to return to the show (other than Frankel).

“There’s so many- we’ve had a lot of great Housewives,” Medley told us. “I think that- I’m good friends with all the old Housewives. I stay in contact with most of them. They’ve had a great role on it. Heather Thomson is great, I saw Carole Radziwill this weekend. They each brought a different perspective. And that’s what you want. You don’t want- it would be terrible if you went to the ice cream store and they only had Vanilla ice cream… that’s what makes it so great.”

“Bravo does a really great job at casting and trying people,” Medley elaborated. “They put a lot of effort into it and it’s always so great when someone like Leah fits. Nothing is worse than the one seasoner. It just doesn’t work. It’s disruptive. It takes two seasons to get in the groove. I always feel bad when someone has one season.”

“People don’t realize it,” Medley continued explaining, “but we only film for four months. So by the time they get it- or not get it- it’s almost over.”

Speaking of newbies, Medley then shared her thoughts on the new “friend of the Housewives” Elyse Slaine.

“I think Elyse is doing a great job this year and coming out of her shell,” Medley told us. “I try not to watch the episode until it’s on- or the day of- Elyse really landed [in the last episode]. She just was very concise and directive and didn’t let up.”

We also spoke with Medley about her daughter, Hannah, and the scene where Hannah told her this year she’s “more proud of her than she’s ever been.”

“Hannah and I have gone through a lot and she’s gone through a lot and I suffer about that sometimes because it’s not easy,” Medley shared about her daughter. “It hasn’t been always easy and I think that Hannah verbalizing that to me and showing- accepting me for who I am today- she almost wasn’t speaking to me like a mother, she was speaking to me like a woman which was so strange. I wasn’t listening to her like a child. She was like ‘I’m more proud of you now than I’ve ever been.’ That is all we want at the end of the day. For your children to look at you, even faltered, good, bad- it’s not easy being a parent and it’s not easy being a parent doing what I do.”

“The fact that she sees me not as a micro picture but a macro picture, but the bigger picture as a strong woman- really it’s everything that I want for her,” Medley added. “That I can survive through things, I can go through bad patches, I can transition, and I can take care of myself. When you’re a single mother or single woman, I think your children take on the burden of worrying about you. And she doesn’t worry about me anymore. I’d forgotten about that moment [being in the season], so it was so nice in the storm of everything else to have that moment.”

What about the ladies drinking?

Finally, we broached the subject of people (specifically those online Twitter critics) who love to criticize the women on the show, saying things such as “they’re alcoholics.” 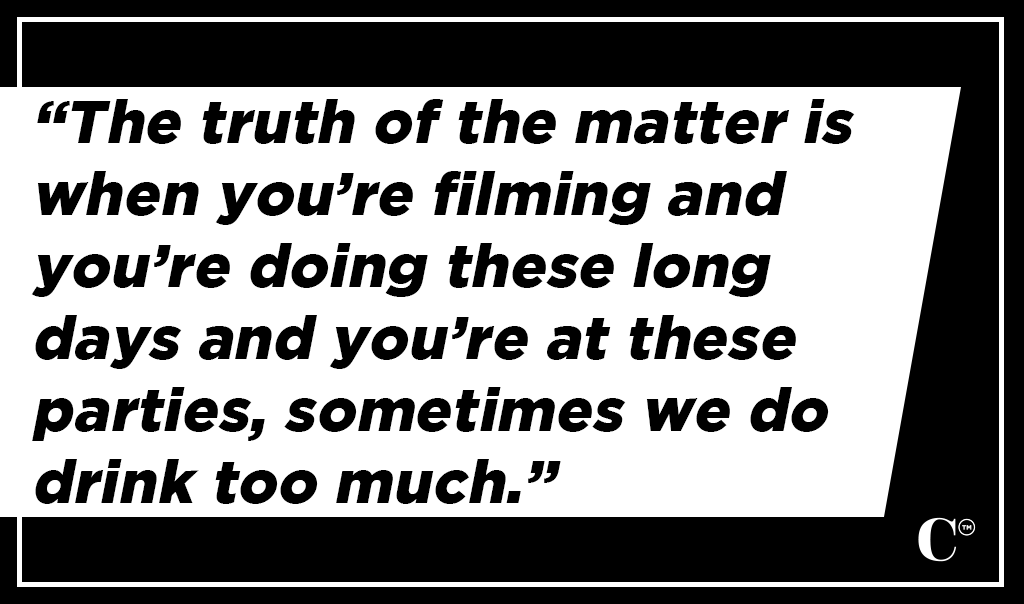 “They see us in moments and I think [saying we’re alcoholics] is an easy go-to,” Medley told us. “The truth of the matter is when you’re filming and you’re doing these long days and you’re at these parties, sometimes we do drink too much. I think we probably could have dialed it back a little bit this year, but it is what it is. We’re trying to do our real life and our real situations. We film long days, long hours, and sometimes it works and sometimes it doesn’t… it’s so much easier to criticize someone else instead of looking at yourself in the mirror.”

So does Medley pay attention to the Twitter noise and other social media commentaries?

“I don’t even read [social media],” Medley wrapped with telling us. “The first advice Bethenny gave me when I came on the show was do not do Google alerts. Otherwise, you would go crazy. It’s like anything in our society. It changes by the minute. One day you’re a villain, the next day you’re hated, the next day you’re loved. And that’s just part of what you sign up for. You know the old saying- if you’re in the news, you’re relevant. I still find it very entertaining that when I post something on Twitter people are really watching it.”