The 13th season of The Real Housewives of New York City reportedly went into production on Wednesday, September 16, without its 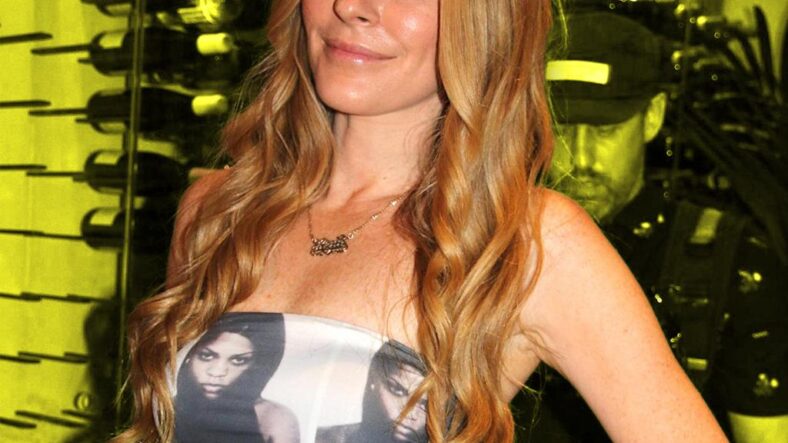 The 13th season of The Real Housewives of New York City reportedly went into production on Wednesday, September 16, without its newest star, Leah McSweeney.

On the heels of a rumor claiming Leah is holding out for a bigger paycheck after receiving a supposed low-ball offer from Bravo, a report claims Leah’s cast mates, including Ramona Singer, Luann de Lesseps, and Sonja Morgan, have begun filming without her.

“Leah is trying to strong arm them into paying her double, putting her on the same money level as old timers LuAnn [de Lesseps] and Sonja [Morgan],” an insider revealed to OK! Magazine.

Unfortunately, according to the source, Bravo has no plans to do so and feels that if they move forward with the start of production on their new season of The Real Housewives of New York City without her, she will ultimately back down from her alleged salary demands.

“Bravo is not budging,” the insider stated. “They are starting to film without Leah and think she will back down after a few weeks of them not needing her.”

As for why the network has no plans to offer Leah the major salary boost she is said to be hoping for, the source claimed the network’s budget is quite tight.

“Bravo is super tight when it comes to money. None of the ladies earn millions on the show,” the source noted.

According to the report, Bravo is being super tight when it comes to their budgets for their Real Housewives shows because they want to have a successful franchise for years to come and feel that overpaying their talent would lead to a financial dilemma.

“The reason the franchise is so successful and won’t be cancelled like [Keeping Up With the Kardashians] is because Bravo watches the bottom line like a hawk. The only person making a ton of money off this franchise is Bravo,” the source noted.

Earlier this week, a TMZ report revealed that after Leah supposedly received a low-ball offer from Bravo to return to her full-time position on The Real Housewives of New York City season 13, she began to feel “disrespected” by the network.

According to the report, Leah could be one-and-done if Bravo doesn’t step up and present her with a better offer to reprise her role. The outlet also pointed out that because Leah garnered herself, and the show, so much attention due to her wild behavior on the show, she was certainly deserving of a pay increase.

TMZ then revealed that for season 12, Leah’s debut season of the show, the Married to the Mob founder was payed just $3,000 for each episode of the show, which gave her a grand total of just about $60,000 for the year.

Now, as she considers bringing her antics back to the series for season 13, Leah is reportedly refusing to return if Bravo thinks they can underpay her with a similar offer for the new episodes.

Before the start of her reportedly tense negotiations with Bravo, Leah came forward with demands of more diversity on the series.

“I hope that there’s not only diversity of race but an even deeper diversity of where someone lives or what their interests are,” Leah told Page Six in August.

According to Leah, she believes that New Yorkers are a unique bunch and are made up with people from all walks of life. So, when it comes to the concept that Bravo is presenting to its viewers with The Real Housewives of New York City, she feels there is definitely room to improve. After all, the cast has been made up of nearly all white women in recent years.

“I hope that there’s just more diversity all across the board because New Yorker’s are not a monolith, obviously. I think that it is gonna head in that direction,” she teased.

In July of last year, OK! Magazine revealed that Bravo was reportedly planning to add Alicia Quarles, a former E! News host and current correspondent for the Daily Mail TV, to their show to increase “diversity.”

“Alicia deserves to be on the show because of who she is,” an insider said of the University of Southern California graduate at the time. “But there is no doubt that recent events across the country provided a reckoning for television producers, and the Housewives have not been immune to that.”

Now, as filming on The Real Housewives of New York City begins, another source claims Alicia will be included on the new episodes only in a part-time position.

“Alicia has been demoted to a ‘friend of’ the show and is being paid a day rate rather than a salary — until she proves herself,” the second OK! Magazine source shared. “Bravo is frightened that she might be ‘too nice’ to fight and hang with these super tough ladies.”

The insider went on to say that Alicia wasn’t the only “person of color joining the show” for season 13. Instead, there was also a second woman joining the ladies who was scheduled to begin production with the cast on Wednesday.

“Another lady will be starting tomorrow,” the source said, “but so far the ladies have no clue who she is because Bravo is scared of leaks.”

Tinsley Mortimer and Dorinda Medley Have Both Left ‘RHONY’

At the end of last year, midway through production on the 12th season of The Real Housewives of New York City, Tinsley announced she was leaving the Big Apple and heading to Chicago to live with her fiance, Scott Kluth, who proposed to her in November 2019.

“Thank you from the bottom of my heart to all my fans and friends who supported me and are happy for my fairy tale ending. Without [The Real Housewives of New York City], I would never have met my prince charming, Scott. Being a Housewife was such a fun experience, and I thank [Andy Cohen] and all the wonderful people at Shed Media and [Bravo],” Tinsley wrote to her fans and followers on Instagram as her final episode of the show aired in June.

Months later, in August of this year, Dorinda announced her own departure from the series on her Instagram page.

“What a journey this has been. I have laughed and cried and tried to Make it Nice… But all things must come to an end,” she began in her statement.

“This was a great outlet for me to heal when my late husband Richard passed away. I have met so many interesting people and learned so much about myself, about life and about women along the way,” Dorinda continued. “Thank you to Bravo and NBC for the incredible ride and to my cast mates for constant stimulation and entertainment. I wish you all health, happiness and success.”

Dorinda joined the cast of The Real Housewives of New York City for its seventh season in 2015 and Tinsley joined the series two years later for its ninth season.

In response to OK! Magazine’s report, a rep for Bravo said, “All of this inaccurate.”