Richie Rides: Nik Richie and Brett David Talk ‘Be the Change’ and Pagani

In this episode of Richie Rides, Nik Richie goes for a ride with Prestige Imports‘ Brett David. David is one

In this episode of Richie Rides, Nik Richie goes for a ride with Prestige Imports‘ Brett David. David is one of the country’s most successful young import car dealers in the country, having inherited the business as a teenager when his father passed. David talks about his love and respect for Paganis, as well as how he believes people can leave a legacy of change and goodness behind them. 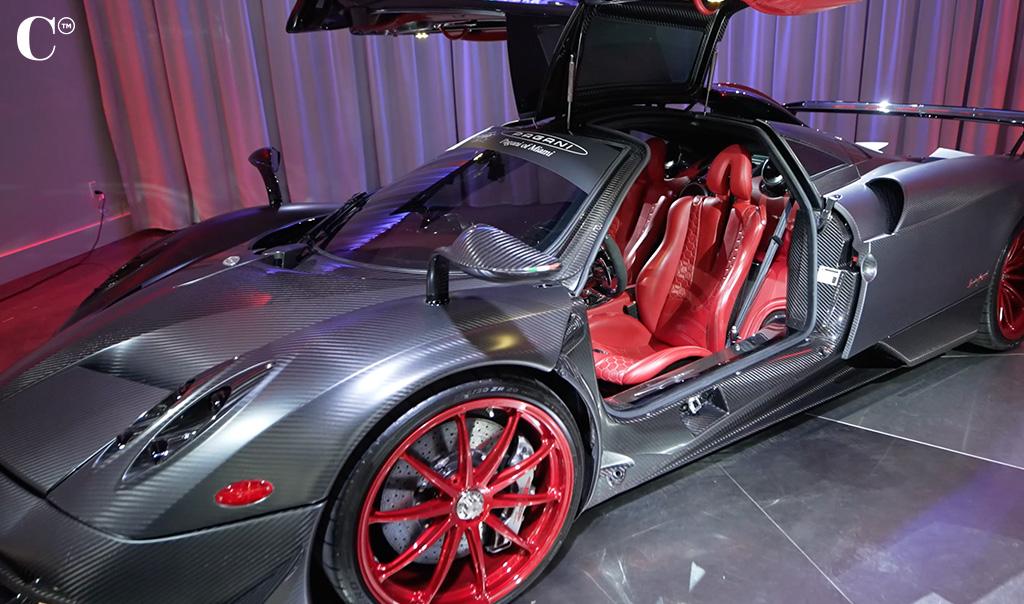 As the episode starts out, Richie and David talk over the purring roar of David’s breathtaking Pagani. The Pagani is the perfect blend of form meets function, and David explains, “This car is all about emotion. There’s hypercars and sportscars that are built for pure performance and handling, there’s others for design. This is the perfect mix of Horacio [Pagani]’s brainchild when he created this where it’s form follows function. Everything in this vehicle has a purpose. There’s nothing here that’s just for aesthetics or design.”

David adds, “The way I explain Pagani, it’s truly an emotional car when you drive it.” Pagani has always created a vehicle that’s a class apart from other cars, and the experience of getting behind the wheel of one is more than just driving – it’s being.

Explaining the way buying a Pagani is different from other vehicles, David shares, “Where a lot of other manufacturers, you’re used to walking into a typical dealership and you order a car off of a configuration screen and you wait for a period for the vehicle to come. With Pagani and the fact that the creator, designer and maker of the vehicle, Horacio Pagani, is still alive, it gives us a chance for you to become a part of history. Go to Italy, meet the entire team that’s involved in the making of your dream machine, and it’s all created to be a part of the experience. You walk away from this where your vehicle is not just this high-performance sports car or it’s rare. But it’s fully spec’d out and bespoke to the way you want it.”

Richie points out that David is a visionary, able to see ten steps ahead of what’s happening in the world and imagine what people will want before they even know they do. “Your family has kept up with the times and evolved with the times. You see ahead – like ten steps ahead of what’s going to happen in the future. In the car world that’s so important because anything can happen.”

Richie adds, “When I get in this car, I feel it. I feel your family, I feel you, I feel power. And that means something, right?”

A Legacy of Excellence 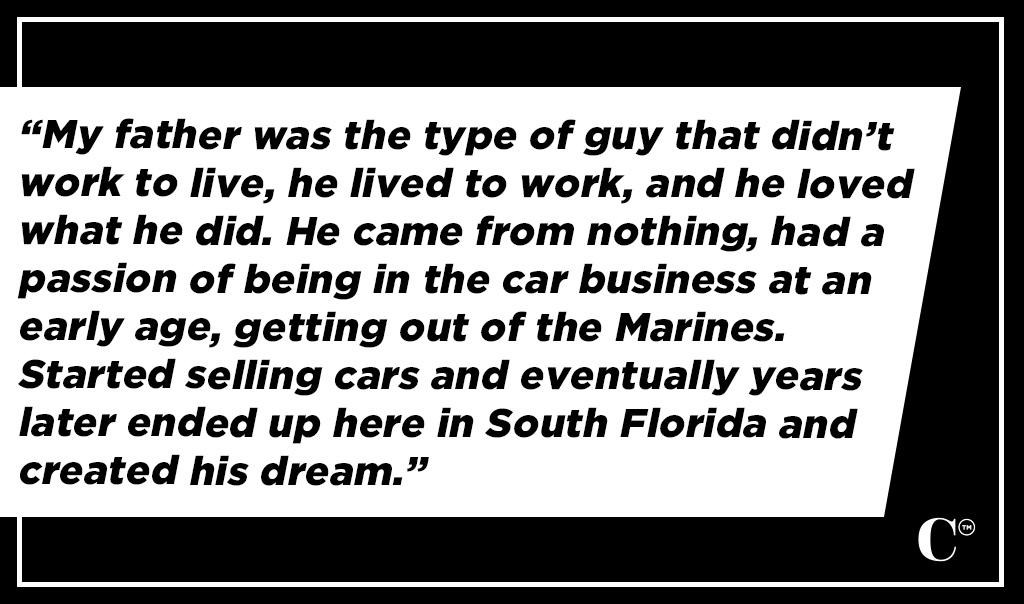 And in order to explain how he got to that point, David looks back at how he got started in the business. Although David inherited the family business at just age 19, he wasn’t handed success. Irv David, his father, started Prestige Imports in 1977. But after his passing, Brett had to fight to keep the business and it was Brett’s skill at social media marketing that helped grow the business to what it is today.

David explains, “There’s an energy in this car that so different than anyone else and I have to tell you that I think a lot of the backstory on this car carries my father’s energy in it.”

David takes a moment to explain what that means to him, “My father was one of the hardest working men that I’ve ever met, and at the time of being young I didn’t truly appreciate the hard work that he did. Years of nonsense and headaches and burdens that he put in to create where we are today.

“My father was the type of guy that didn’t work to live, he lived to work, and he loved what he did. He came from nothing, had a passion of being in the car business at an early age, getting out of the Marines. Started selling cars and eventually years later ended up here in South Florida and created his dream.”

Irv was a visionary himself, focusing on imports at a time when many American dealerships were focused on domestic vehicles. David explains how – as he was growing up – he wanted to do anything else but the family business, completely oblivious to his father’s innovative nature and the vision he was creating. When Irv died in 2007 on his 56th birthday, it opened Brett’s eyes. “It took my father’s passing which is why I realized that I believe in something – which is Be the Change – it took his passing to realize that I knew what my calling was, what I wanted to do. I had a mission. The mission was not just about proving everybody wrong. Because at the time of his passing, everybody expected me to fail. But it was genuinely because my father didn’t think I could do it.” 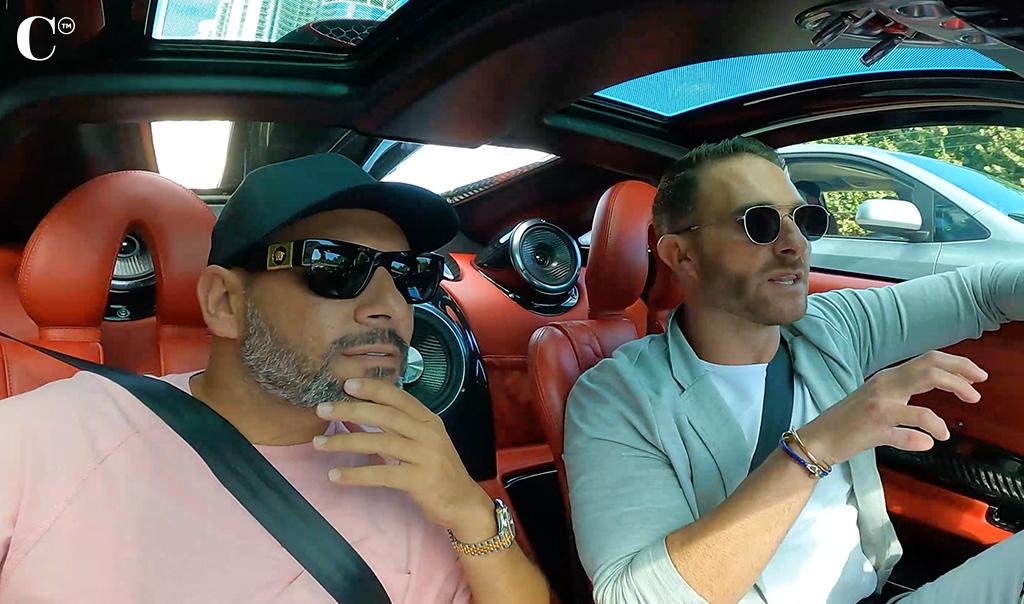 In the first six months after his father’s passing, Brett experienced a crash course in what his father did every day just to keep the business growing. “But something occurred that not many people know about. There was a driving factor for me that changed my mentality. The night before he passed, everything was different that night. It was the first weekend we were going to take some time apart – apart from the office, I mean – and we were going to do a little father/son trip to the Keys for his birthday. I was so excited for this, I was pumped. Dinner that night was different. It wasn’t about work, it wasn’t about what deal we were working on. It was about me and him. Talking about life and excitement and joy, all these great things. We rushed home from that dinner because six months prior, I filmed an MTV episode, it was MTV’s Cribs.”

But Brett’s father wasn’t exactly the “watch MTV” type. “They came to the dealership to film this MTV episode, and I remember at the time my father – not only not knowing who they were, but not understanding what was going on. Why I closed half the dealership that day. And why I had all these film crew around from MTV.”

Something happened as they watched the show. First, Irv’s phone started ringing off the hook. Friends and peers were calling and expressing how exciting and impressive it was that Prestige was on Cribs. But it was 23 minutes before the end of the show when the moment came that changed everything for Brett. For years, Brett had been taught that he hadn’t earned the title of “Owner” of Prestige yet. Despite being the owner’s son, he wasn’t entitled to anything he hadn’t yet earned, and that lesson was drilled into him. Brett explains, “[Lil] Wayne says, ‘Let’s go inside the dealership and say hi to my main man Brett.’ As I came on the screen, the scrolling marquee at the bottom says, ‘Brett David, CEO and Owner.’”

David explains how frightened he was that his father would be angry. “He stood up, walked over to me, grabbed me by the forehead, and kissed my forehead. I get emotional when thinking about this because I thought he was going to be so mad. And he grabbed my forehead and said, ‘See, kid? All the weekends, all the arguments that we talked when you want to go out there and be a typical 19 year old and hang with your friends, and I put all that pressure on you to be at the office with me and understand what it is to learn and absorb everything like a sponge and realize what we built, and you never wanted to do it – I feel like now you get it. Now you understand. I’m blown away with you for creating this, thank you.’ He gave me a hug and kiss and said, ‘You made my birthday, thank you.’”

That was the last time he saw his father alive. A few days later, he found out from his father’s attorneys that there was a plan to sell the business upon his passing. Brett was handed a letter from his father that read, “Be the change.” And explained what he should do with his father’s estate – including selling Prestige. But David knew in that moment that he couldn’t sell what his father created, and he fought for the next decade to keep it. In the process, family members that wanted the cash out instead abandoned him along the way, not understanding why he needed to continue his father’s legacy.

But like most people, when you’re told you can’t or shouldn’t do something, you become more determined – David knew what he needed to do with his life.

Richie asks David what his word in life that drives him, what makes him tick, and David answers, “For me it’s three words put into one – be the change. It’s that same saying that was on that letter from my father. It took me years of trials and tribulations to understand how I wanted that to not just impact my life but impact my team, my family and the local community.”

“We all have opportunities in life, and we all have situations in life that we can rebound from. And you want to be the change no matter what it is.”

David explains that whether your dreams are small – your family, your loved ones, or big – the industry you want to succeed in or even the world itself, every individual has the opportunity to change the world. David explains that people should be comfortable striking out, learning, being humble enough to recognize where they’ve gone wrong, and get back in the game.

To watch the rest of this riveting episode and other episodes of Richie Rides, download the CELEB app from the Apple app store or Google Play.