Richie Rides is the newest video series from CELEB and Nik Richie. Each episode takes you on a ride with 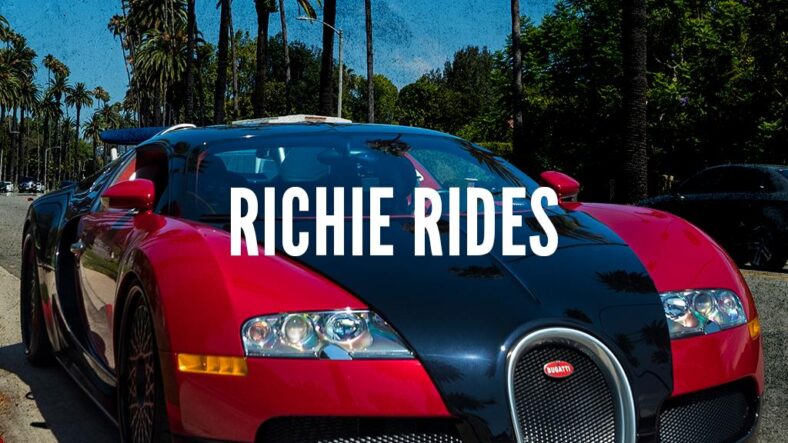 Richie Rides is the newest video series from CELEB and Nik Richie. Each episode takes you on a ride with a successful entrepreneur/celebrity. Episode 1 is a ride with engage:BDR president and successful business and marketing entrepreneur Ted Dhanik, who chats with Richie about success, drive, and driving – as Dhanik takes them for a cruise in his red Bugatti.

Rolling in the Bugatti 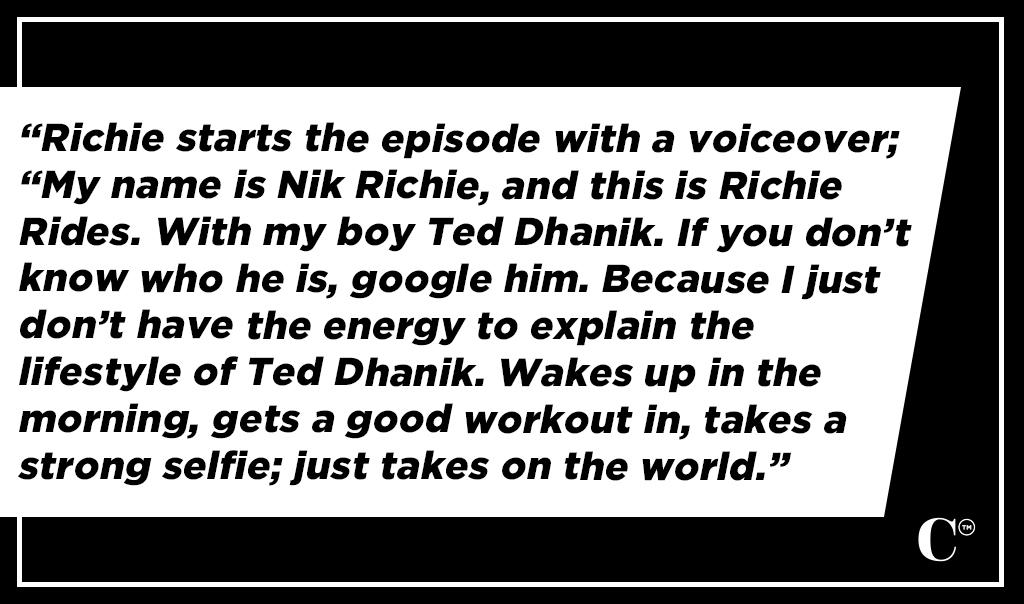 Episode 1 is a laid-back look at Dhanik’s ride; a black and red Bugatti with a gorgeous red interior. It’s a low-profile luxury car that turns heads but also preserves some anonymity because it lacks some of the ostentatious exterior flash of other luxury sports cars. Richie starts the episode with a voiceover; “My name is Nik Richie, and this is Richie Rides. With my boy Ted Dhanik. If you don’t know who he is, google him. Because I just don’t have the energy to explain the lifestyle of Ted Dhanik. Wakes up in the morning, gets a good workout in, takes a strong selfie; just takes on the world.”

As Richie and Dhanik embark on their drive, Richie adds, “We’re in the Bugatti. It takes a lot of hard work to get to the Bugatti level. Some people think it’s just a Bug’, but it’s not a Bug’. This is the highest level, right Ted?” 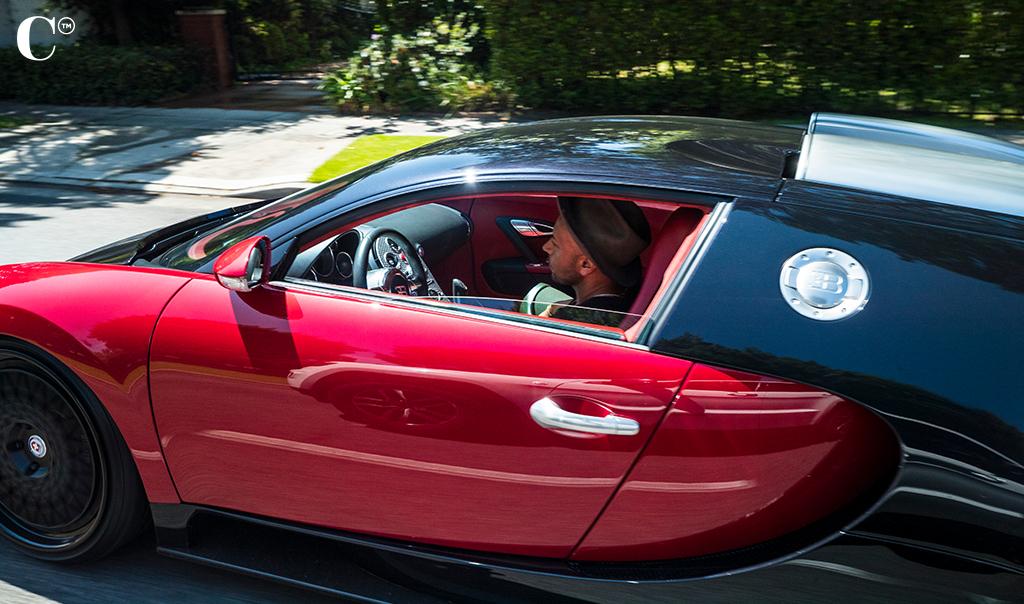 Dhanik, looking confident behind the wheel of his $2M car, responds, “It’s there. That’s one thing about LA which I love. You can roll up to a stoplight and there’s someone clowning you. Always.”

But there’s one out-of-place note to the scene of the two men chatting comfortably as the car glides down the road: across his lap, Richie is holding a huge JBL speaker across his lap.

Turns out, the car that costs several times what most people’s houses do doesn’t have bluetooth. And instead of holding a less-obvious small speaker, Dhanik opted for a bigger one, reminiscent of a boombox from the ’80’s and ’90’s, for one particular reason: “I was a beat boy. I was a breakdancer. I used to breakdance when I was a kid.” Makes sense that he’d want to appeal to his boombox roots.

Richie and Dhanik chat about Dhanik’s lifestyle; he only keeps his gorgeous luxury cars for a few years, and then he levels up. And his whole life is focused on discipline. Dhanik talks about surrounding himself with success, and focusing on self-improvement. Dhanik cares less about what other people think and more about meeting his own goals.

Dhanik has lived in the same West LA neighborhood for 22 years, and started his career in Silicon Valley. He moved there for a startup, and never left. By sticking around, Dhanik built success for himself.

Dhanik explains one of his keys to success; “Cleanse your environment. What that means is that the five people you’re around the most, whether or not you like those people you’re going to become them. Their ideas are absorbed into your brain, and you just think like that eventually, and you’re not getting any new ideas.”

Dhanik continues, “Be careful of those five people. Forget about loyalty right now. Loyalty’s important obviously, you’re not going to be loyal to your friends by not hanging out with them, old friends. …Maybe they don’t have the same ambitions, take a sabbatical from them and find people who are ambitious and have great ideas and who have achieved some things.”

Dhanik encourages people to find mentors and to themselves be mentors, and to take the time to read through self-help books to guide the path to success. To Dhanik, the penultimate key to success is discipline. The entrepreneur works on his body, and sticks to a strict schedule with clear goals in mind. “Discipline starts with working out, nutrition, things like that, and it carries over into your work ethic.” 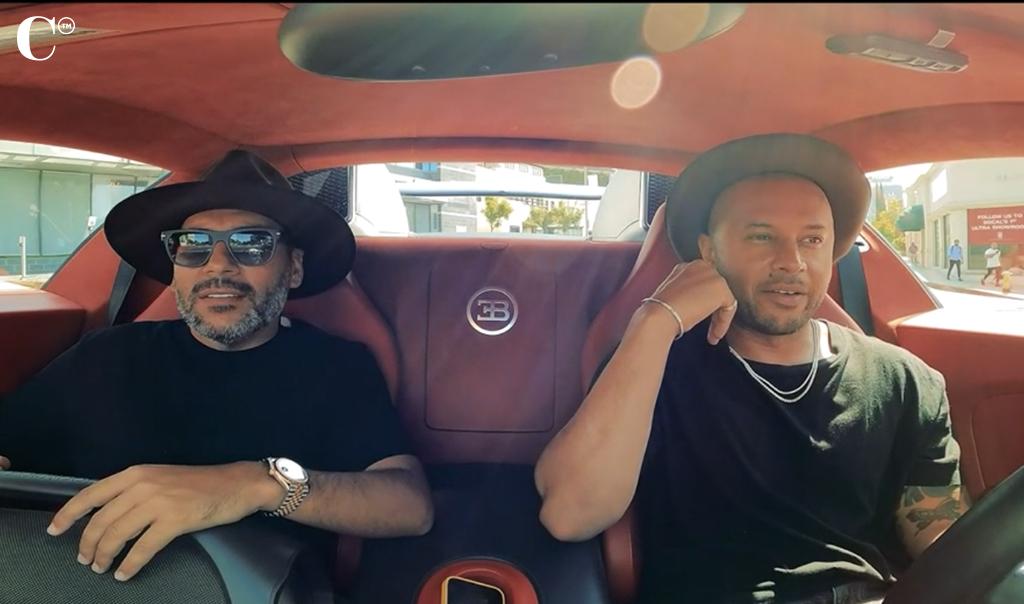 In episode one, Richie and Dhanik go through a variety of topics from the wildlife Dhanik sees on his commute, famous friends, and using other people’s success to motivate yourself. Episode one is a revealing look into Dhanik’s thought process and how he’s crafted the ingredient list to his success.

Richie Rides will be back with more episodes, more celebrities, more discussions on how to make your dreams a reality. Hop on over to CELEB‘s video section to check out other exclusive video content and keep an eye out for the next episode of Richie Rides.

Dhanik’s closing thoughts for episode one are intensely motivating; “Everything you have is designed to go away, and you’d better get used to it. Because if you don’t, you get comfortable. Guess what the death of growth is? Comfort. You’d better get used to as soon as you get into something, you start thinking about the next one, whether it’s up or down.” For more of their in-depth discussion on the rise to the top, watch episode one of Richie Rides, live now on CELEB.

“Richie Rides” Episode 1 is available now for streaming only on the CELEB Magazine app.