Richie Rides is an extraordinary chance to meet the people behind the success. Nik Richie rides along with successful friends

Richie Rides is an extraordinary chance to meet the people behind the success. Nik Richie rides along with successful friends as they talk about how they created their career, and what it’s like to be at the top of your game. On the latest episode, Richie rides along with world-famous Swedish DJ Alesso, and they talk achievement, authenticity, and acknowledging success.

The Symbol of a Car 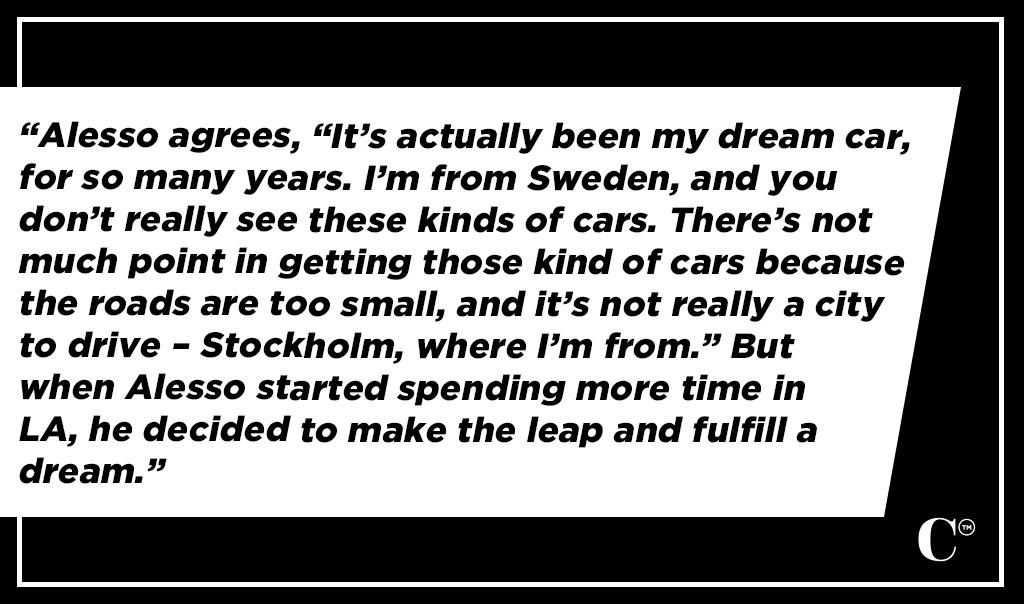 Richie and Alesso take off in the DJ’s sleek black Lamborghini Aventador. The two, who have been friends for years, start off with some good-natured ribbing. Richie leads with, “I’m with my dear friend, world famous musician and part-time DJ. On the weekends, right? Sometimes you do that?” Alesso laughs, “Sometimes.”

Richie compares them to Batman and Robin. Richie is the Persian Robin, and Alesso of course is the Swedish Batman. Richie adds, “We’re finally in the Batmobile. You never drive this thing, it’s so beautiful.”

Alesso agrees, “It’s actually been my dream car, for so many years. I’m from Sweden, and you don’t really see these kinds of cars. There’s not much point in getting those kind of cars because the roads are too small, and it’s not really a city to drive – Stockholm, where I’m from.” But when Alesso started spending more time in LA, he decided to make the leap and fulfill a dream.

Richie asks, “You told me this is ‘the car’ that told yourself that you made it.” Alesso responds, “The dream has always been for me to become Batman. This is the closest I can get to being Batman.”

Richie quips, “The dream for me has always been to be Robin, to get the leftovers.” Alesso chuckles, “See that’s why we work so good.”

Richie recalls a conversation from a few years ago – Alesso suggests it was around 2 – where he said that the car was ugly. Alesso explained what it meant to him; it was a tangible sign that he had achieved something. In the music world, so many achievements are ephemeral. Streaming records, album sales; they all come with money, but what does that money mean if you can’t spend it on something solid? So the car, to Alesso, is a milestone marker of achievement, more than just a vehicle. Even if it is the Batmobile.

Eyes On the Future 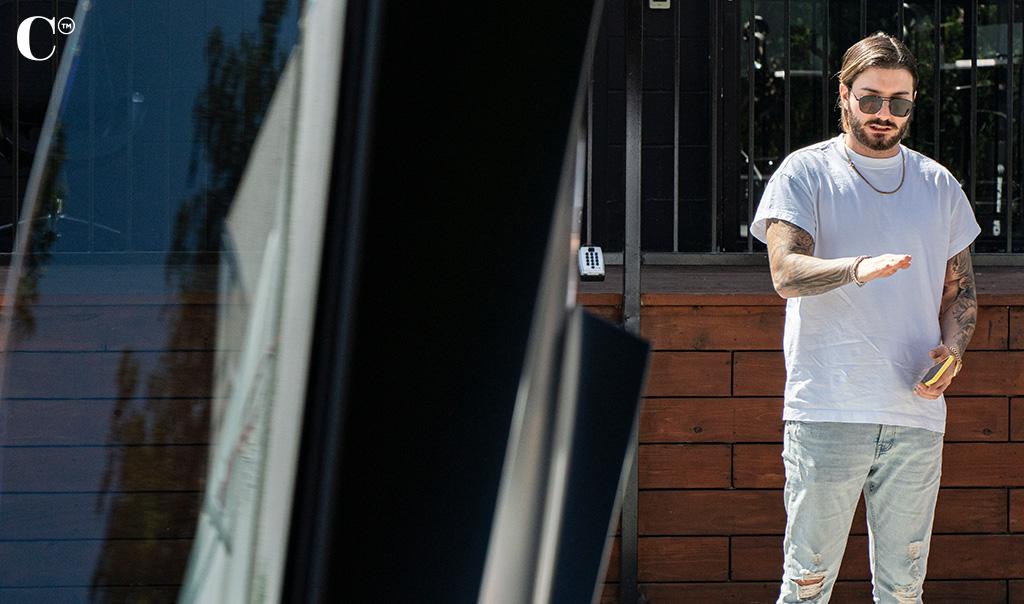 Richie and Alesso also talk about the arc of success. Richie asks how Alesso balances being an artist with business; “How does Alesso look at the business side. How much does that come into your mind? You’re creative, you’re an artist. My whole thing is – I have that somewhat weird creativity. Not from a musical perspective, but I know how to orchestrate different situations and be the conductor. Similar to you. But from my perspective, I always look at it from a business, an exit strategy. Why am I building it? What you do, like everything else – it’s financially driven too, right?”

Alesso nods, responding, “Of course. You’ve gotta pick and choose a little bit what you want to do. For me, it kind of started happening when I started releasing more melodic house music, big room, very euphoric record. As time goes, you start asking yourself, ‘how long should I be making this kind of music?’ It obviously had its peak, that kind of sound. So you want to evolve. But you don’t want to evolve too much so you sound like some completely other producer or DJ. So it’s tricky, trying to balance that. But I like to do both. Pop records and club records. That’s kind of how I manage to balance my passion in music.”

Do All Things With Passion 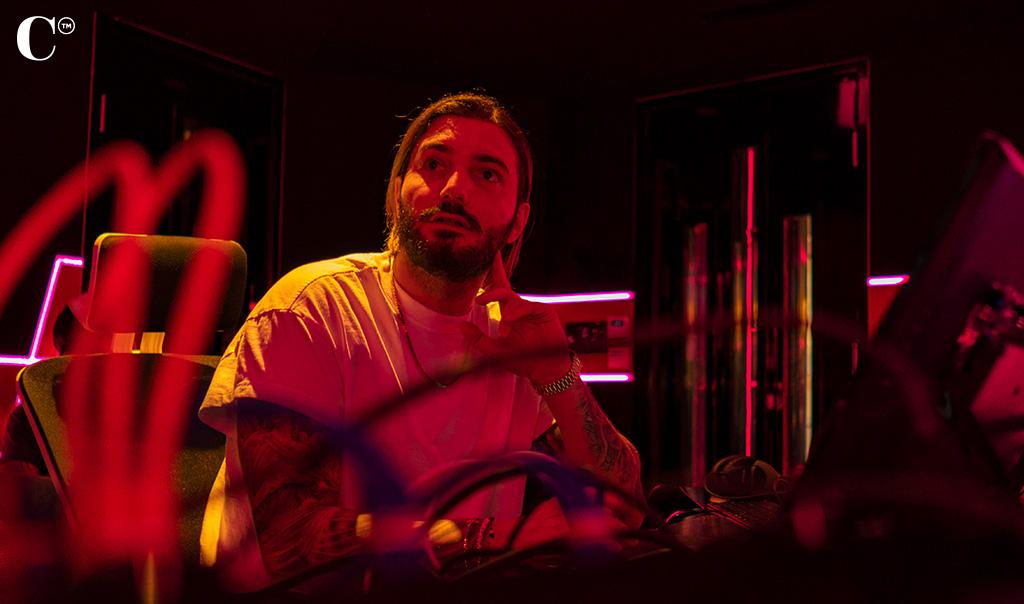 Richie asks the artist what word he lives by; what defines him and makes his life what it is. Alesso responds thoughtfully, “I definitely think the number one thing, if you’re going to do anything in life, it has to be with passion. That’s how it needs to start. Passion, that’s it. Music has always been in me, since I was like 3 years old.”

He continues, “It was something I always knew had to be part of my life. When I was 4, 5, 6, I started dancing. I thought I was going to be a singer.” But after Alesso realized he wasn’t the best at singing, he looked for a new direction. “One time I went to this club where it was a party for younger people, I was like 13. And I heard house music and I was like, ‘what the hell?’ They just blew my mind. I started getting so passionate about this. I started YouTube-ing everything. I went nuts, got obsessed with it. I started there.”

Alesso believes that despite the fact that all musicians have to think about the financial side of their business, authenticity is the key to connecting with fans; “I think today people are smart, they sense it right away whether you’re doing it for passion or you’re doing it for money. When it comes to music, you can’t fool people that much anymore. People will see right through you when it comes to music.”

Alesso has always focused on the concept that no one will care about his career as much as he will; you have to aim for your goals every day and be ruthless. “[You have to be] selfish in the way that – I don’t feel entitled to anything, you’ve just got to work your ass off and not expect people to do stuff for you.”

Alesso has certainly done that. As one of the top music artists in the world, he’s created a name and a career that will forever go down in history as part of what shaped music today. Richie and Alesso’s friendship shines through the playful banter and comfortable conversation, and the episode is another revelation in the way successful people share the path together.

Download the CELEB app from the Apple and Google Play stores, and watch more episodes of Richie Rides, along with other stellar podcast and video episodes of original content like Girl Dad, 10M and Richie Rich.

“Richie Rides” Episode 3 is available now for streaming only on the CELEB Magazine app.