This episode of Richie Rides with Nik Richie and Durana Elmi touched on some heavy topics. In Afghanistan, Elmi saw

This episode of Richie Rides with Nik Richie and Durana Elmi touched on some heavy topics. In Afghanistan, Elmi saw heartbreak as families struggled to thrive, even before the Taliban retook the country late this Summer. So the CFO of Cymbiotika felt compelled to do something to help, and she explains to Richie what it meant to create hope. In Part 1, they discussed what motivates Elmi, how she balances a busy life as a businesswoman, mother, and wife, and what drives success: love. In Part 2, Elmi brings that love to the world.

If you missed Part 1, be sure to download the CELEB app from the Apple or Google app stores. Part 2 is also on the app and ready to enjoy. 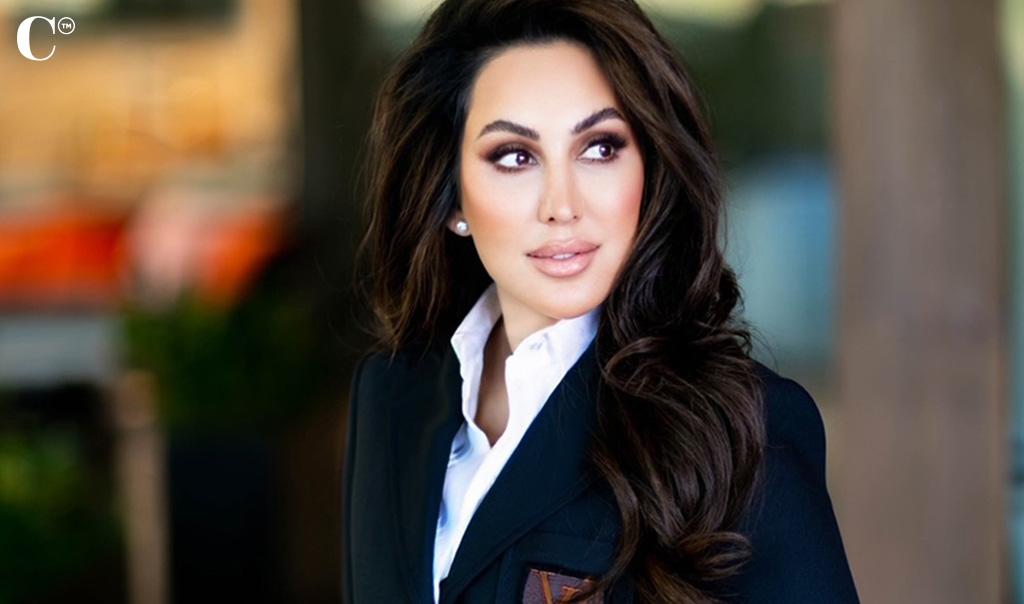 Richie starts with, “Part of love is giving back. You do a lot of that on the private, but you’re finally kinda doing a public event at the House of Blues in Anaheim, for the Afghan community.”

What Richie is referring to is the Helping Hands for Afghans benefit concert that Durana and Shahab organized to help Afghan refugees fleeing the Taliban. It was a resounding success, and gathered together artists and supporters to help a worthy cause.

Richie adds, “Sometimes it’s a little stressful, but you still want to be giving, because you want to give that love.”

“So the thought came about when we were just sitting around, listening to music, and all of us were just grieving in our own ways about everything happening in Afghanistan. Shahab inspired me, he said, ‘stop crying, do something about it.’” Her husband’s words sunk in, and Durana realized she needed to take action. “I should do something about the way I feel, about my sadness. The next day we started talking. We thought, ‘Let’s bring together the community. Let’s bring together the Afghan and Iranian brothers and sisters to lock arms as one, as humans.”

Durana adds, “Music always uplifts people. Music brings me happiness and it’s such a universal language of love. Everyone understands. So we have some friends in the music industry, and we also have Dash radio as our platform. So we reached out and got some of the best artists.”

The benefit brought together Michael Soltani, Valy Jaan, Sami Beigi, and Tohi with a special appearance from superstar Andy Madadian. 100% of the proceeds went towards helping Afghan refugees.

A School That Provides Hope 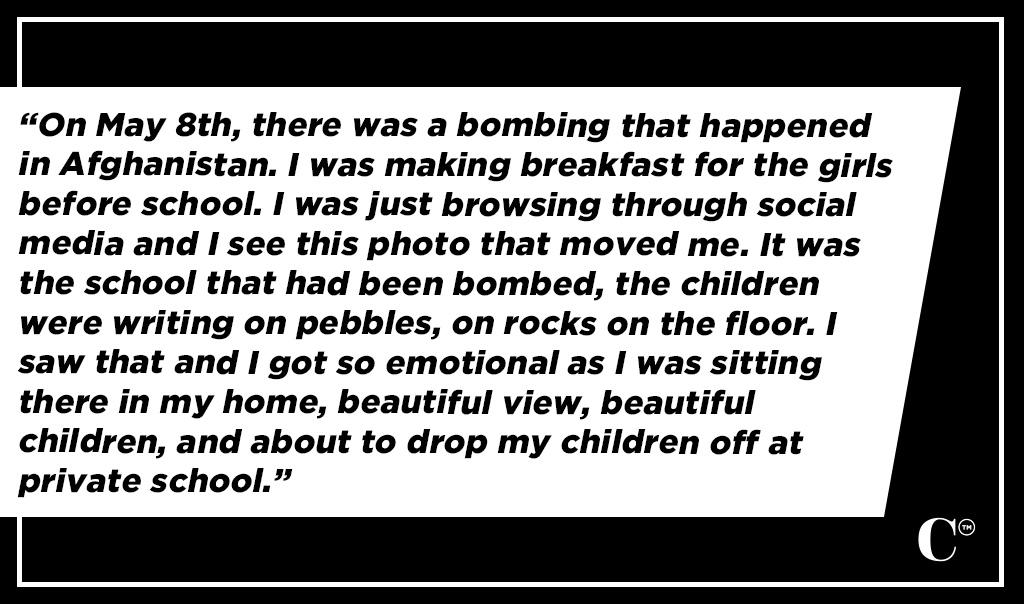 But Elmi’s efforts with Helping Hands isn’t the first time she’s helped the Afghan people, although she tends to give quietly with little fanfare. Richie shares, “I know that you built a school in Afghanistan for underprivileged kids. It’s not something you tell people, you don’t brag about the things you do.” Richie laughs, “If I built a school, I’d be telling the whole world. But for you, it’s different. I want to go back to the tears; what was the trigger? The Taliban came in and they took over the school, right? Your school.”

Durana nods and responds solemnly, “There was a little over 40 children attending the school. On May 8th, there was a bombing that happened in Afghanistan. I was making breakfast for the girls before school. I was just browsing through social media and I see this photo that moved me. It was the school that had been bombed, the children were writing on pebbles, on rocks on the floor. I saw that and I got so emotional as I was sitting there in my home, beautiful view, beautiful children, and about to drop my children off at private school. I thought to myself, ‘if I can walk away from seeing this photo and not take action, not make an impact, I don’t really feel like I’m living.’ I don’t really feel like I’m alive. Because to feel that kind of emotion and not do something about it, you’re not really living. Live with purpose.”

And Durana turned that purpose to action, reaching out to her uncle. “we made a plan, and we built this school. Prior to the Taliban taking over the school, we were working on having water pipelines bring water to the school. We rebuilt the area that was bombed. The children were now sitting at desks. They had school supplies. We were working on having some winter clothes for them. Unfortunately, due to the circumstances of what’s happening in Afghanistan, the school has been shut down. I’m still inspired. I still have hope that things will change and that I will have an opportunity to go back and open my school. I have not forgotten about the children of Afghanistan.” 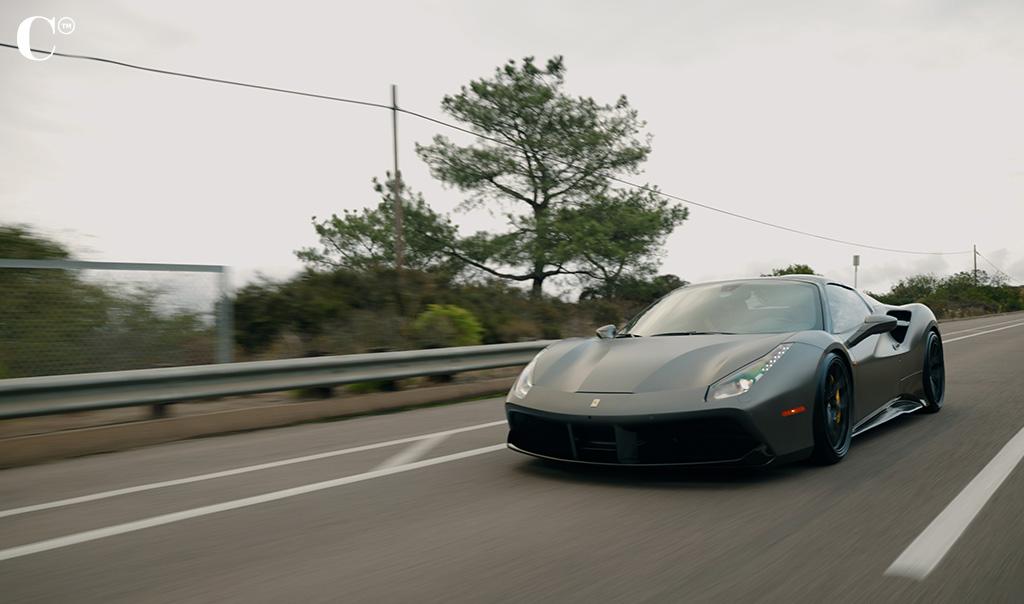 The pain of seeing what’s happening to her sisters and brothers in Afghanistan has spurred her to help, and to try to inspire the next generation to give back as well. “For me, the pain comes from, number one being that could have been me in Afghanistan today. So how can I turn a blind eye to what’s happening there? That could have been any one of us. I feel so privileged to be here today in America, as an American Afghan. I feel that with that privilege, with the luck of being here, comes responsibility.”

And with daughters to inspire, Durana feels clear on where that responsibility lies. “I want to do my part, I want to teach my children to live life with purpose. A lot of people talk about it, but I want to do it. I want to show my children. I want them to feel it. I want my kids to be involved; I have my children coming to the rehearsal for the concert.”

“I want my kids to really understand what it means to give back and to live my life with purpose.”

Sometimes Durana catches herself trying to rein in her dreams, and she has to remind herself to stop imposing limits on herself. “I dream big. Sometimes I’m like, ‘Put your feet on the ground, your ideas are crazy, they’re big.’ But why? Why should I hold back? I really truly completely believe that you can be anything you want to be. You’ve got to have moxy, and you’ve got to be willing to work hard. I’m willing to work hard. I had a tough upbringing, so there are no excuses to me. You either win or you lose, and I wake up every day knowing that I’m going to win. No matter what obstacles come my way, I welcome them. I welcome them because I know I’m going to grow from them. And at the end of the day, I know that whatever the end goal is, whatever I’m trying to get to, I’m going to get there. You’re either going to ride with me to help me, or I’m going to run you over while I’m on my way getting there.”