Model Bonnie Mueller following has been exponentially growing over the past decade. The Chicago native built the foundations of her career 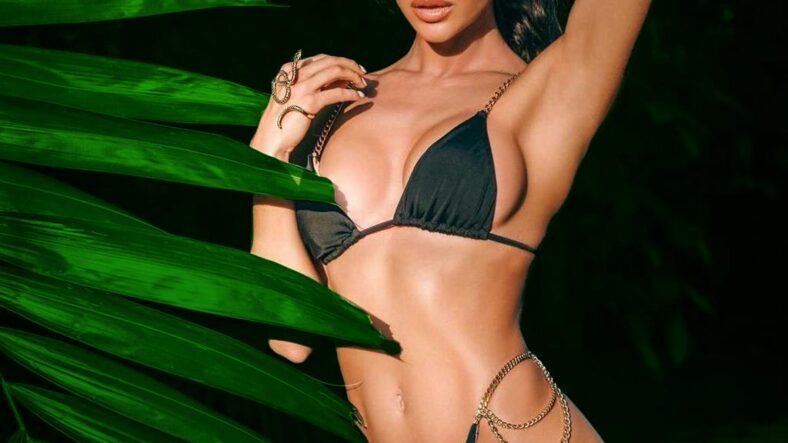 Model Bonnie Mueller following has been exponentially growing over the past decade. The Chicago native built the foundations of her career in Illinois before moving to Florida. CELEB sat down Mueller to discuss her career, the routine she uses to maintain her flawless physique, and her thoughts about what’s next. Mueller gets real about filters on social media, the obsession with weight in modeling, and even gives us a glimpse into her love life.

The Road to Miami

Mueller first started out in Chicago, as a teenager. She says, “I was modeling with Ford in Chicago to begin with. The Windy City. It’s nice, but it’s really cold.” Mueller laughs; from where she lives in Miami now, it probably feels even colder by contrast. The model continues, “I was always obsessed with Disney. From a young age. Always obsessed. I decided to go to college with Disney, I attended their entertainment program.”

But Mueller went beyond a Disney education; she lived every little girl’s dream: “I was a Disney Princess.” Mueller laughed in fond memory, “I was Belle from Beauty and the Beast.” The exposure and experience Mueller gained from being in front of audiences helped springboard her modeling, and from there she worked in bikini pageants.

“At that point in my life, I moved to Miami. I’ve been here for about seven years now. I was about 23 or 24 when I came here. And ever since I got to Miami, I’ve been modeling. I’m with Elite modeling now, and Miami is the mecca for swim, so obviously there is a lot of swim modeling in Miami. But because of my look, I get tapped a lot for music videos. I’ve been in videos with J Balvin, Bad Bunny, Marc Anthony.” 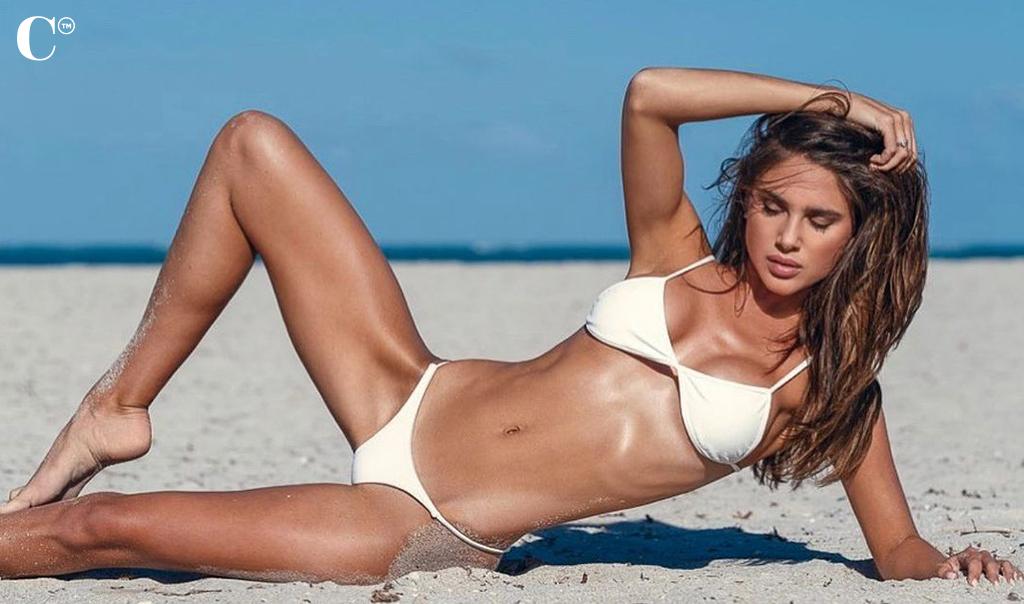 Mueller says the industry has changed its expectations of body shape and weight in the decade since she started her career; sharing honestly, “Modeling can make you very insecure. You’re always over-examining yourself, checking for flaws. You obsess over tiny details. But there’s been this movement away from all of this harsh judgment. It’s great. My agencies have always been very kind to me, never really telling me to gain or lose weight, but now you show up to shoots and it’s almost like they want you to gain weight. They tell you to eat whatever you want, to loosen up your routine a little.”

Mueller, who began modeling in an era when models were still expected to be rail-thin, reflected on the challenges of learning to loosen up a life-long routine, “You obsess over being thin for so long that it’s really hard to break the habit and over-indulge. But they’re really accepting now, especially here in Miami.”

And the way Mueller keeps her body looking Instagram-ready at all times? “The thing I love most about Miami is the sun. The beach. I can go out all year and talk my walks. I love working out. Boxing is one of my favorite workout routines. And I’ve tried to get into yoga, but yoga requires such peace and I’m always on the go, my brain is always running through 100 things at once, so it’s tough to get into.”

Mueller adds that her diet was once restrictive, but has changed over the years. “I pretty much eat what I want, as long as I’ve got a good workout routine and a healthy balance. There was a time when I was incredibly strict, but I just drink a lot of water, occasionally do fasting, and maintain a balance.” 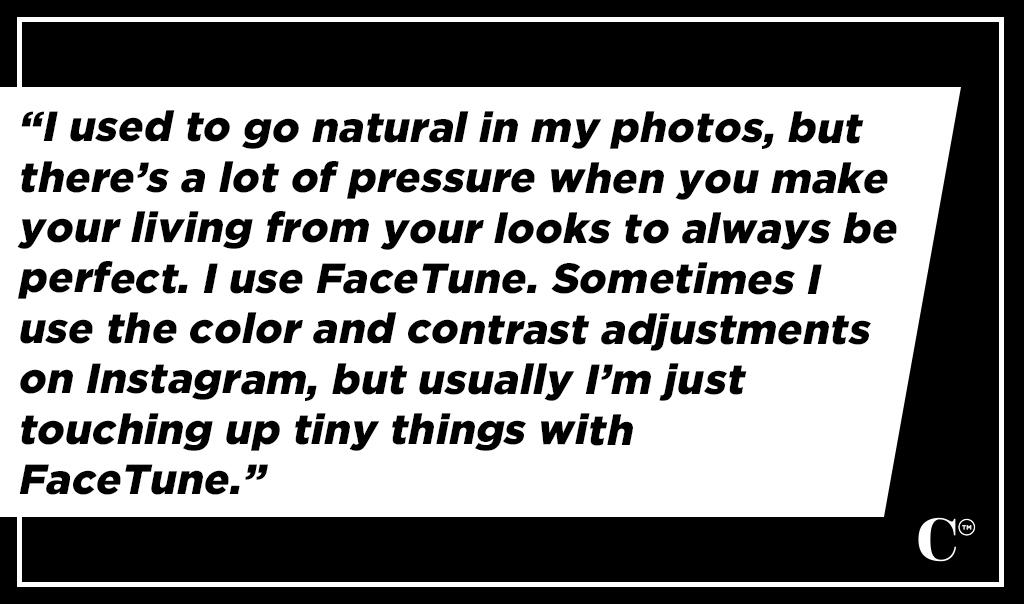 Mueller also got honest with us about posting on social media. “I used to go natural in my photos, but there’s a lot of pressure when you make your living from your looks to always be perfect. I use FaceTune. Sometimes I use the color and contrast adjustments on Instagram, but usually I’m just touching up tiny things with FaceTune. The photographers give me the pictures as they do, I can’t really control what happens to them before they come to me, but I do edit small imperfections. And I think any model who says they don’t is lying. “ 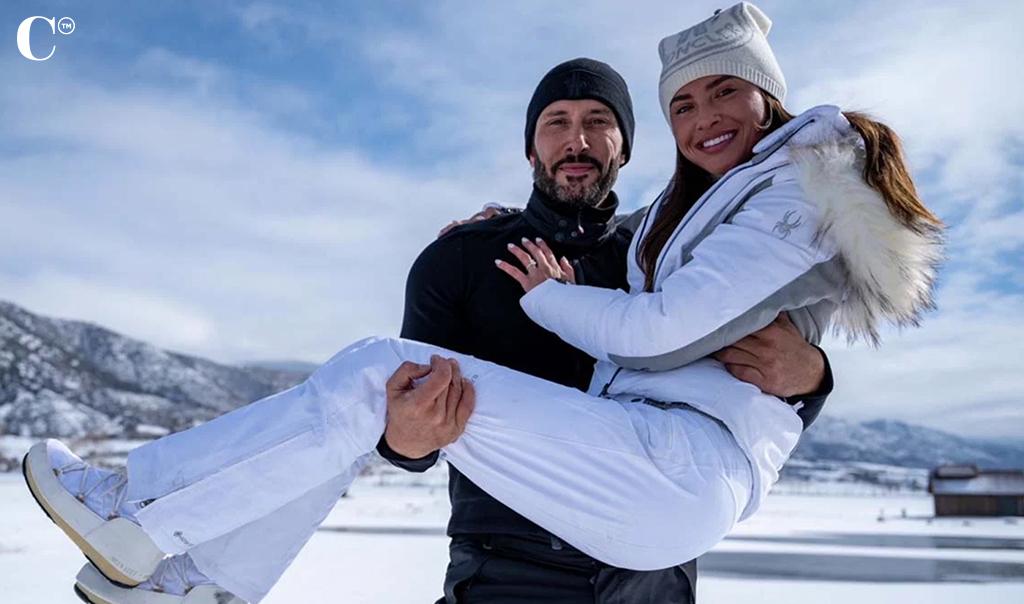 But even with tiny retouches, Mueller is stunning. And she caught the eye of DJ superstar Cedric Gervais. The pair was introduced through mutual friends, and really hit it off. “He asked me on a date shortly after we met, and we’ve never really been apart since then. He’s very romantic. And when he proposed to me, we were in Snowmass near Aspen. We’re walking up to where he was going to propose, and I see these people running around with cameras and I notice something’s off, I’m getting nervous, but I was not thinking that a proposal was gonna happen. I go over to where everything was set up, and I see he went out and wrote ‘Will you marry me?’ with rose petals. A lot of women would cry but not me—I kept screaming. I’m running from corner to corner screaming.”

Mueller laughs in memory, “He’s like ‘you didn’t even give me a chance to ask ‘Will you marry me’!’”

But Gervais isn’t the only love in her life; Mueller also loves someone named Mila, an adorable little ball of fluff Shih Tzu; “Mila is my dog, yes. And honestly, the love of my life. And Cedric’s, too. He greets her before he greets me. He loves putting bows in her hair and spoiling her, all that. She’s about five years old now, and the light of our life.”

What Does the Future Hold for Bonnie? 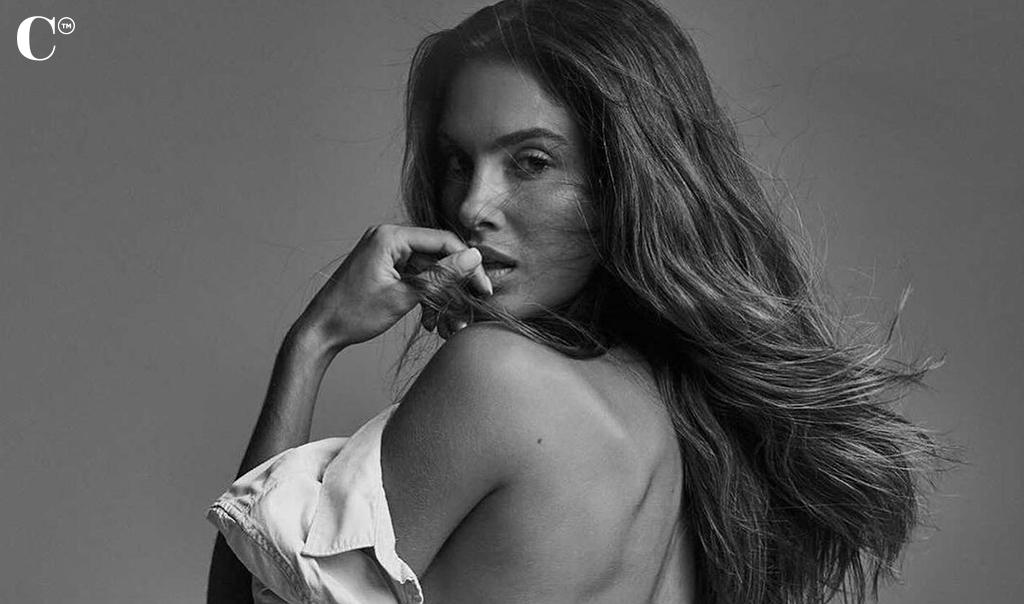 Aside from a wedding in the next year, Mueller has hopes for the future and not all of them are modeling-related. Mueller does plan to model more, as the career has been enjoyable. But she has also considered acting. “Honestly though, I’m really into skincare. Health, beauty, skincare, I love learning about it. And I love making people feel good about themselves! So I’ve been thinking recently about getting into that a little more.”

Mueller honestly recounts, “I had very problematic skin when I was younger. I was always so insecure about it. But now, I’m lucky; I can go makeup free, and I want to help people who are insecure about their skin, because I know how it feels.”

“I have a pretty impressive collection of skincare products, including Retinol, Indie Lee, and Supernal among others. I love oils now, over creams.”

Whatever Mueller is doing to look amazing, it’s working. The model’s signature look is tan, fit, and stunning, and her career is growing by the year as more people experience the Bonnie Mueller effect. With a wedding on the horizon, and plans to spend part of the year in France and Aspen, Mueller has an exciting year ahead with her fiancé.