Rob Kardashian is said to be having fun dating amid his latest weight loss journey. As the longtime Keeping Up 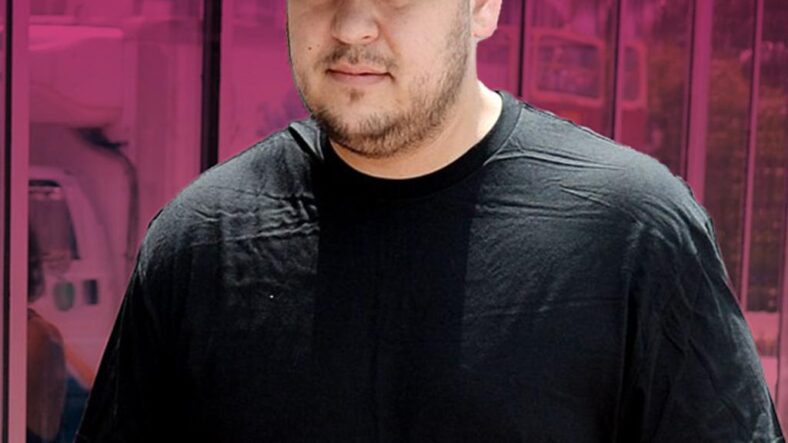 Rob Kardashian is said to be having fun dating amid his latest weight loss journey.

As the longtime Keeping Up With the Kardashians cast member continues to struggle struggle to reach his goal weight, an insider has revealed that when it comes to his dating life, Rob has been doing just fine as he enjoys getting to know a bevy of woman on the internet.

“He meets them on Instagram mostly, sliding into their DMs. They’re all nice and normal. Instagram is his version of a dating app,” the source told Life & Style magazine on September 18.

As fans of the E! reality series well know, Rob is quite different than his famous sisters, including Kim Kardashian, Kourtney Kardashian, and Khloe Kardashian, and prefers to stay “out of the spotlight.” So, when it comes to wining and dining the women he meets on social media, he typically encourages the ladies to spend time with him at his Los Angeles home, where they frequently “order in.”

While Rob may have a ways to go before he reaches his goal weight, the insider said he is currently “happy,” “healthy” and “kept the weight off.”

Rob is also focused on “raising his daughter,” three-year-old Dream Kardashian, with his ex-fiancée Blac Chyna, who he dated for seven months before splitting nearly four years ago.

Although Rob and Blac haven’t been together for some time, and experienced quite a lot of drama when they first called it quits in December 2016, they are now on much better terms. And, when it comes to Rob’s weight loss efforts, Blac is quite supportive.

“Go, Rob! That’s always good, especially because that’s Dreamy’s dad and I want him to set an example for her,” she previously told Life & Style of his progress. “So, I think it’s a positive thing that he’s slimming down and worrying about his health, which is very, very, very important.”

According to a second insider, Rob is currently working with a trainer in order to get to a healthier size but has faced plenty of challenges along the way.

“He has a trainer, but he’ll be the first one to tell you that he doesn’t always commit. He still struggles, but food is where he’s been making some great strides,” the additional source shared. “He still loves In-N-Out Double-Double burgers and fries, but he’s really cut back.”

Today, Rob is said to be doing his best to steer clear of fast food temptations and has instead set his sights on healthier options, including salads, fruits, fish, and chicken, and has also been spending a lot of time walking on the treadmill.

In addition to working out with gym equipment, Rob also gets a workout chasing his young daughter around as the two of them enjoy one another’s company amid quarantine. As the insider shared, Rob’s “easiest and most fulfilling” workout is with his child.

Kardashian Has Lost an Estimated 40 Pounds

While Rob has not shared his exact weight in recent months, New York City-based internist and gastroenterologist, Dr. Niket Sonpal, shared his expert opinion on Rob’s size with Life & Style magazine, revealing that he believes the reality star and Arthur George sock designer began his weight loss journey at about 300 pounds.

Dr. Niket then said that Rob has likely dropped about 40 pounds, which would mean that he’s currently around 260 pounds, if the doctor’s estimates are correct.

“It looks like he’s on a path to better health,” Dr. Niket added.

Rob is Secretive About His Romances

Although Rob’s relationship with Blac was quite public, he has since kept his love life on the down-low and has yet to confirm any new romances. That said, a source in July told Hollywood Life that he had found someone who he was quite taken by.

“Rob is keeping it very low key but apparently he’s dating someone that he really likes,” the source dished. “He knows as soon as people find out, it will get turned into a huge deal and all this pressure will be added that he doesn’t want, so he’s being very secretive right now. His family is respecting his privacy, as long as he’s happy, they’re happy.”

Because the personal lives of Rob’s sisters, including his half-sisters, Kylie Jenner and Kendall Jenner, have been making headlines for the past several years, many fans and followers of Keeping Up With the Kardashians have expected Rob to be just as open as the rest of the family. However, he’s simply not someone who enjoys the celebrity world and doesn’t want to try and find love with cameras watching.

While Rob went through a bout with depression years ago after exposing his life to the world, he’s made a lot of positive progress in the years since and, according to the insider, he is in a happy place as his family prepares for their final season next year.

“Rob is in a new stage, it’s obvious to everyone, he’s happy again. But it hasn’t been an overnight change, he’s been getting better and better over the past years,” the source explained. “He has continually put the work in and the results are showing in every area of his life. He’s doing so good.”

Kardashian is ‘Better Than Ever’

“Rob is feeling better than ever and more confident than he has in a long time,” the Hollywood Life source confirmed. “He was determined to lose weight and get healthy for the sake of Dream and he’s so glad he did because he’s loving the energy he has and the amazing feedback he’s received.”

According to the report, Rob has been getting love and support not only from his family, but also from the ladies he’s been associating with over the past several months.

“It’s given him the confidence to put himself back out there in terms of dating again,” the insider dished. “Rob isn’t ready to share anything about his romantic life publicly. He feels it’s done too much damage to his relationships in the past and that’s the last thing he needs at this point.”

KUWTK is Ending After 20 Seasons

As Rob continues to do well in his personal life, both in terms of dating and with his health, his family is preparing to say goodbye to Keeping Up With the Kardashians. As fans likely saw, Rob’s sister Kim announced the news on Instagram earlier this month.

“It is with heavy hearts that we’ve made the difficult decision as a family to say goodbye to Keeping Up with the Kardashians,” she told her online audience. “After what will be 14 years, 20 seasons, hundreds of episodes and numerous spin-off shows, we are beyond grateful to all of you who’ve watched us for all of these years – through the good times, the bad times, the happiness, the tears, and the many relationships and children. We’ll forever cherish the wonderful memories and countless people we’ve met along the way.”

“Thank you to the thousands of individuals and businesses that have been a part of this experience and, most importantly, a very special thank you to Ryan Seacrest for believing in us, E! for being our partner, and our production team at Bunim/Murray, who’ve spent countless hours documenting our lives,” she added.