Cannes: a breathtaking destination on the French Riviera best known for its annual Cannes Film Festival. But even when the

Cannes: a breathtaking destination on the French Riviera best known for its annual Cannes Film Festival. But even when the Cannes Film Festival isn’t going on, Cannes is a year-round dream destination for many, with a wide variety of luxury hotel options to choose from. Hotel Martinez Cannes is the best of the best, combining art deco simplicity with luxury, and giving guests views to remember. Here’s a look inside Hotel Martinez’s spacious and luxurious Penthouse Suite, as well as the things you’ll want to know if you decide to book your Hotel Martinez dream vacation. 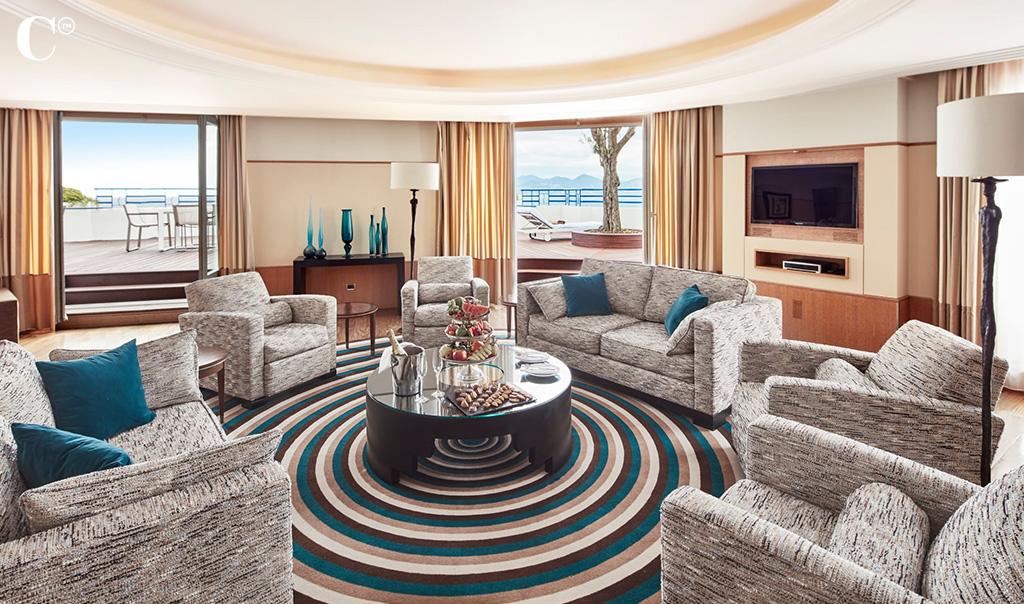 It’s a breath of fresh air. The Penthouse Suite at Hotel Martinez is spacious and interesting – with a round living area and an art deco vibe. Once you enter through the elegant double doors, you’ll be ushered in through a decor palette playground of cream, gold, blues and grays.

Step outside on your wrap-around terrace and take in the beauty of the French Riviera laid out before you or dine inside at your full-sized dining area. The bedrooms offer plenty of room to spread out in, and the master bath looks like your own private spa. With a standalone, oversized tub, you’ll wash away the sand and sun from the day – with a huge window (don’t worry, it’s private!) to let in plenty of natural light and fresh air. 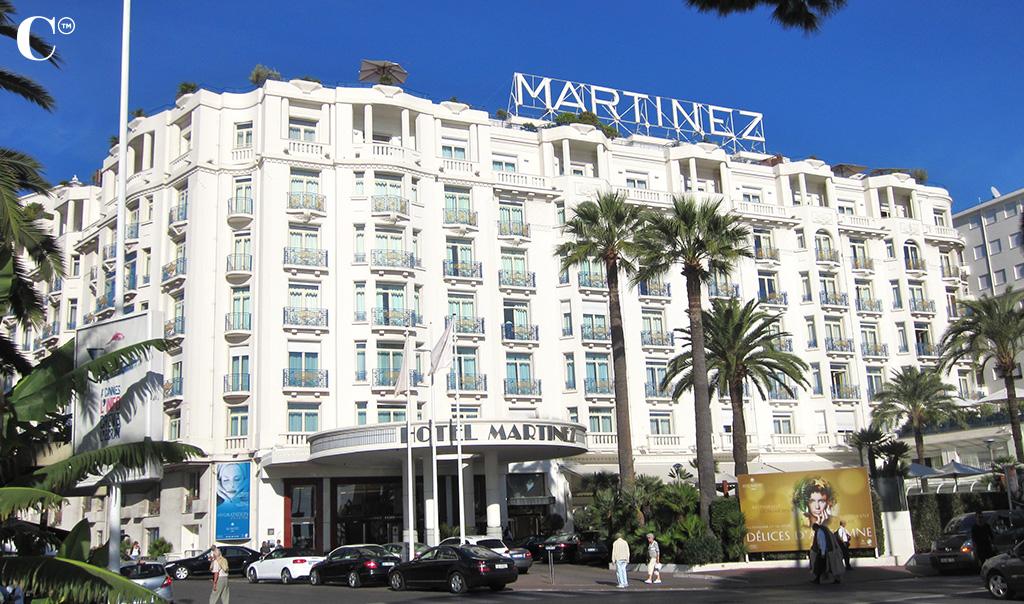 The rest of the hotel’s suites and rooms, however, are easily bookable online. Rooms range from spacious junior suites and signature Martinez’ Suites, all the way up to the Penthouse and Suite des Oliviers. The Oliviers comes with its own, massive 250sqm private terrace – plenty of room to enjoy the fine weather of the French Riviera.

Dining at Hotel Martinez Cannes is as fine as you’d expect it to be in the heart of France. It’s all under the careful guidance of Chef Christian Sinicropi, who the website lauds; “The chef is well-versed in the history of the Hôtel Martinez. Born in Cannes, a lover and defender of his Provençal terroir, he has worked at the establishment since 2001; in 2007, he became the chef at La Palme d’Or restaurant, now boasting two Michelin stars and earning four Toques and 18/20 in the Gault&Millau guide. As Executive Chef of the Hôtel Martinez, he channels his creativity and style into the culinary artistry of La Palme d’Or and all the hotel’s other dining establishments.”

Guests can choose between the bucolic garden vibes of Le Jardin du Martinez, lunch on the beach in the breeze with Le Plage du Martinez, or Le Palme d’Or – a two-star Michelin destination on a balcony overlooking the water.

Hotel Martinez Cannes is the ultimate in luxury getaways, with art deco vibes inside and a cool Mediterranean vibe without. With peerless views over the French Riviera and rooms that exceed all expectations, it’s the perfect place to book – for the Cannes Film Festival or any time of the year. For more information or to plan and book your stay, visit the website. 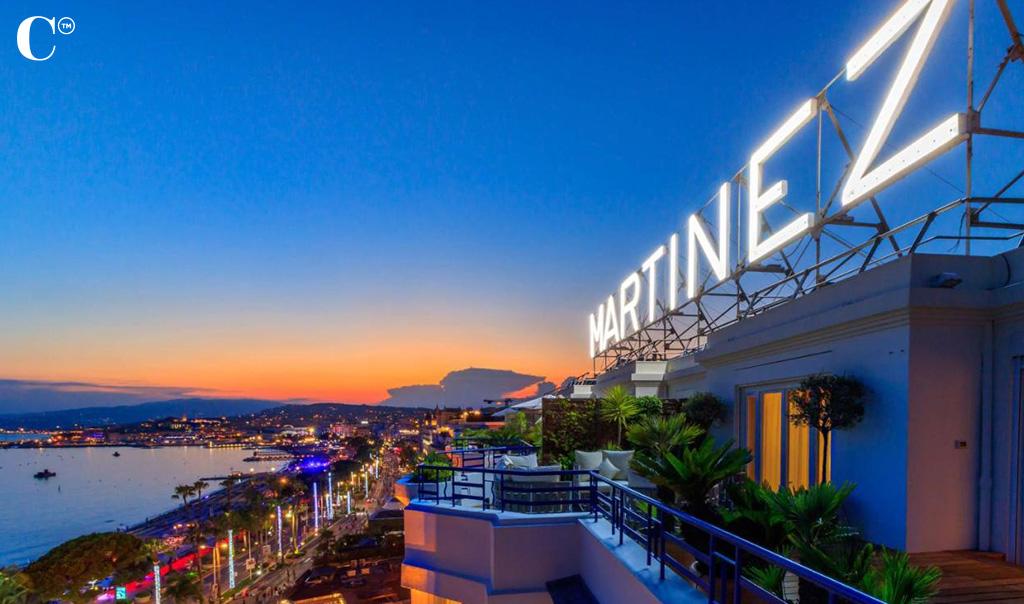 Speaking of Cannes, it’s been around for a lot longer than the film festival for which it’s famed. The first civilization dates back to around 2 B.C. Once a quiet fishing village, it later became part of the Roman Empire. Monks moved into the area, building multiple monasteries, and they fortified the town, building a watch tower. This tower is thought to be the source of the names Cannes – from can, meaning, “Summitt.”

From the 1100’s to the 1600’s, uncertainty reigned in the region of Cannes as pirates looted the city and the French King and Holy Roman Emperors duked it out over the land. Because of its relative ocean bounty and location, Cannes wasn’t allowed a time of peace until the 1800’s when the region settled down.

In the 19th century, a British Lord built a mansion in the area of Cannes and it inspired a flock of nobles who also built in the recovering city.

In last year’s look at the Cannes Film Festival, CELEB explored the more recent history of the area; “Economic strife in the festival’s early years made it a touch-and-go annual event, but it slowly began picking up steam in the late ’50’s.

By 2019, over 170 countries were represented at the festival. Until 2003, it was known as the International Film Festival, and the name has always been apt. Created as an answer to propaganda and hate, Cannes has always been a beacon of creativity and forward-thinking.”

Now, whether it’s the breathtaking French Riviera that brings you to the shores of Cannes or its storied film festival, you can be sure that you’re settling into a vacation of luxury and elegance.