Ever since she was first arrested for minor drug violations in Russia, Brittney Griner has been a lightning rod of 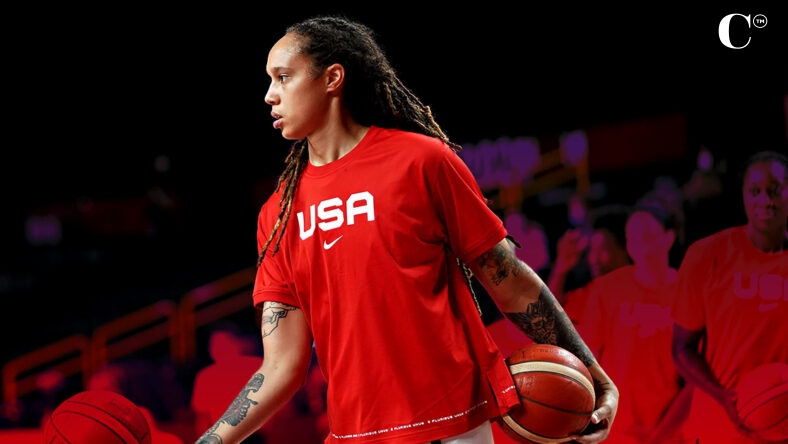 Ever since she was first arrested for minor drug violations in Russia, Brittney Griner has been a lightning rod of controversy.

The WNBA star has been the face of the unheard for one side, and for the other she’s the face of “mess around, find out.”

But many forget that at the swirling center of the Griner controversy is a real person. A living, breathing human beings in the grips of an autocratic regime few would consider humanitarian-friendly. And although her legal team finally now knows her vague location, her exact whereabouts remain a mystery.

And there has been not outrage – no protests, no calls for justice; nothing.

See: ACQUITTED OF MURDERING HER DAUGHTER, CASEY ANTHONY SPEAKS IN NEW DOCUMENTARY: ‘I LIED. BUT NO ONE ASKED WHY’

God the US needs to bring Brittney Griner home. How utterly terrifying for her and her family. I read that the normal jail time for the amount of drugs they allegedly found is 15 DAYS. The US knows she’s being used as a pawn but seems to have no urgency to free her https://t.co/An5CcZeE8m

Back in February, Griner was arrested at a Moscow airport on drug charges for carrying vape cartridges containing cannabis.

In August, she was sentenced to nine years in a Russian penal colony.

Griner’s team appealed, but they were systematically shut down by Russia. Russia, of course, is hot in the middle of an armed invasion of Ukraine and not on any Western country’s best friend list right now.

On November 4, Griner was moved from a detention center near Moscow to an undisclosed location.

Despite pushing hard, Griner’s legal team could not uncover any information about where she has been taken.

Reuters reported today, “Russian authorities have given no information on her whereabouts for nearly two weeks, but the source said she had been taken to Female Penal Colony IK-2 in Yavas, about 500 km (300 miles) southeast of Moscow.

The colony is in Mordovia, the same region where another American, Paul Whelan, is serving a 16-year sentence in a different penal settlement after being convicted of espionage charges that he denies.”

A US Department spokesperson said of Griner, “We are aware of reports of her location, and in frequent contact with Ms. Griner’s legal team. However, the Russian Federation has still failed to provide any official notification for such a move of a U.S. citizen, which we strongly protest. The Embassy has continued to press for more information about her transfer and current location.”

Penal colonies in Russia are known for harsh and unhygienic conditions, with long working hours. There is little to no access to medical care for prisoners.

Why is No One Furious about Brittney Griner Being Sent to a Russian Prison?

The most remarkable part of Griner’s case has been the lack of outrage in general.

If you taken Griner’s case out of context, you have an American citizen who was detained on a flimsy excuse and sentenced to a ridiculously overly harsh prison term. Now, that American citizen is working in inhumane conditions in a penal colony.

It’s the basis of a horror movie, or a dystopian sci-fi film where people in the future have no due process or basic human rights.

But it’s happening right now, and nobody seems to care.

To understand why there’s been a lack of concerted outrage, you have to add the context back in.

Griner is a Black woman, and an athlete. No wilting delicate flower, she’s not the “picture perfect feminine ideal” that would encourage men to rush to her defense. In addition, Griner is gay. She’s been married to her wife, Cherelle, since 2019.

Those reasons are ample reasons for fair-weather “patriots” to brush her aside.

Add in the tensions with Russia, and you get a lot of surprisingly cruel people saying that she got what she deserved. While drug crimes do often come with punishments, 9 years for some cannabis cartridges seems – to most people – to be extreme.

Russia is, of course, wielding Griner as a diplomatic tool. Just as they did with Whelan.

They’re flexing their muscles and showing what they can do to Americans – because they can and no one can stop them.

The fact that Griner was in Russia at all should be as much a point of contention as any other part of her detention.

Griner is, by all metrics, a successful WNBA player. But WNBA players earn significantly less than their NBA counterparts.

As a result, many of them play in off-season leagues. This is what Griner was doing when she was detained; supplementing her income.

It would be unthinkable for many other high-profile athletes, but for the WNBA it’s a way of life.

In all, Griner is mostly an innocent pawn being used by many sides to prove many different points. And her life is forfeit for all of those people’s points.

It’s a tragedy playing out in real time, and no one is paying attention.