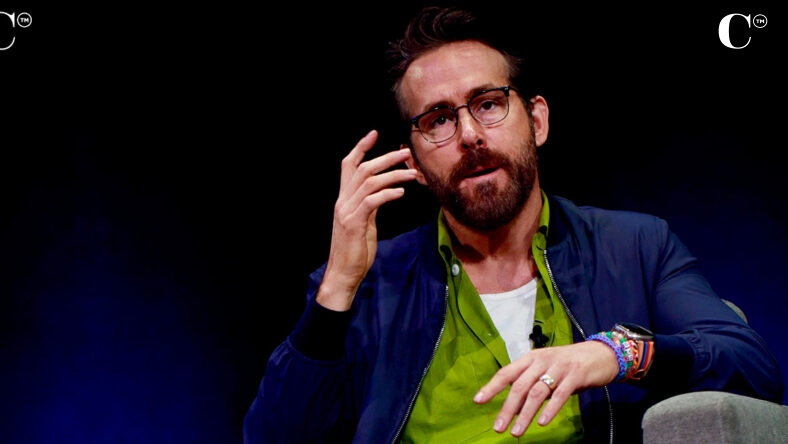 Ryan Reynolds appeared on King of Masked Singer which is South Korea’s version of The Masked Singer back in 2018 where he covered the song called Tomorrow from Annie.

Ryan Reynolds is unmasking his thoughts on doing and being part of The Masked Singer.

While he was on The Today Show on Monday to promote his new holiday movie, Spirited, the actor shared his thoughts back then on his 2018 experience filming South Korea’s version of the television series sharing that his time on the show was not his favorite.

See: ‘YOU WERE MEANT’ TO WIN: JEWEL CROWNED WINNER OF THE MASKED SINGER

Ryan Reynolds ‘I was in Actual Hell’

Reynolds shares, “When I was there, I was like, ‘Why did I sign up to do this? This is horrible! This is truly horrible! I don’t know this song, I don’t know how to do this‘” He added, “It was traumatic.”

He continues to say, “What’s crazy is I was in actual hell.”

He showed up on this series back then because he was on a press tour to promote Deadpool 2. He was disguised in a unicorn mask along with a sparkly cape as he sang the song from Annie.

Reynolds’ appearance on the show became a viral hit on the internet, making headlines in America.

Hota Kotb brought up the moment to Reynolds on Monday while discussing his new movie as it is known that he actually sings in the movie. She says, “Your singing skills have been on display many, many times.”

Reynolds answers back saying, “I’ve been doing this job a long time, and you go on these international tours, and you start saying, ‘What’s the weirdest show we can go on?’ ” He reminisced; “And at the time, this was before The Masked Singer was in the U.S. So they said, ‘They have this show called The Masked Singer, which is huge in South Korea.’ I said, ‘We’re doing this show. We have to do that show.’”

He then added, “At the time, no westerner had been on that show before, so it was a big surprise when I lost the mask.”

As you watch the clip back, both judges and the audience have went completely wild when Reynolds removes his mask, and they see that it was him.

As he was not a fan of singing in South Korea, it is said that he feels a little more comfortable singing in his new film called Spirited which is based off the retelling of Charles Dickens’ 1843 novella “A Christmas Carol.” Reynolds new film features music by Oscar winners.

“This was 7 weeks of rehearsal,” costar Will Ferrell said on Today of the preparation he, Reynolds and costar Octavia Spencer did on the film. “Basically we were thrown into theater camp. Dancing, singing, voice work — the whole thing. It really started with us all staring at each other going, ‘Are we ever going to be able to get to the end of this?’ And low and behold, we somehow did.”

Spirited will be released in select cinemas on Nov. 11, ahead of a streaming release on Nov. 18 on Apple TV+.