Sam Smith and Kim Petras Release Music Vid for “Unholy,” and We Need to Talk about How Bad it is

Sam Smith is an extraordinarily talented musician and singer. Smith recently collaborated on a song with artist Kim Petras called 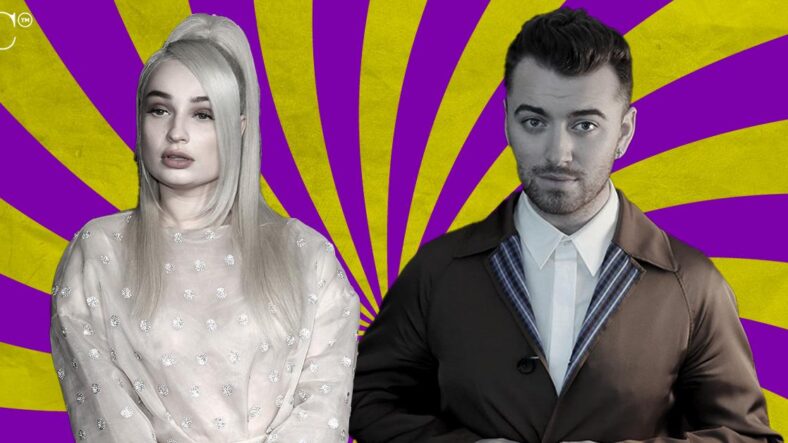 Sam Smith is an extraordinarily talented musician and singer. Smith recently collaborated on a song with artist Kim Petras called "Unholy," and it has made it to number 1 on the Official UK Singles Chart.

This marks the first #1 on the list for Petras, and the 8th for Smith. And the collab itself between a trans artist (Petras) and a nonbinary artist (Smith) marks an evolution in diversified music, something long overdue.

So when news dropped that the music video was out, fans were stoked – after all, the song is catchy and ethereal, with a dungeon sexy vibe and a salacious plot.

But when the music video arrived, let's just say that it left more questions than answers.

First things first, the song is a vibe in and of itself. It's got a compelling hook, naughty lyrics and a catchy tune.

The aesthetic of the music video is similarly compelling, with a burlesque, BDSM-noir, Golden Era vibe and a diverse array of performers who make it visually pleasing as an overall mood.

That's where the pleasantness ends.

The video starts with a husband wishing his wife good evening, before heading off to a place called "The Body Shop." It looks at first glance to be a car body shop, but it hides something much juicier.

Who would have imagined with lyrics like "Unholy" has ("Mummy don't know daddy's getting hot at the body shop; doing something unholy") that people would be getting half-naked and wild in the back room? Well, it's predictable, so there's that for consistency.

Throughout the rest of the video there are some incredible costumes and backdrops and performers with the ability to nail the beat with some raunchy dance moves – but this does not include Sam Smith, who looks like they're wearing a body cast as they try to dance.

The choreography and videography leave a lot to be desired. If you're watching it to see half-naked bodies doing something unclear – this is the music video for you.

But if you hoped for stunning dances, sexy scenes and a unique vibe to fit the song itself – keep moving.

But There’s Something Powerful Behind It, Even So

“Unholy” by @SamSmith feat. @KimPetras debuts at #1 on the Official UK Singles Chart.

But you can't tell the story of "Unholy" without acknowledging that this song marks the start of a new evolution for Sam Smith.

Recalling their first hit (and the accompanying video), Smith wore a more traditional suit with a crucifix earring, crooning lyrics to "I'm Not the Only One" over the video of a straight couple with serious marital woes.

But recently, Smith has been breaking out of the box and living for their expression and art. Smith is a romantic and is incorporating their love of romance and expression into their new music – including "Unholy," whether or not you appreciate the overall project.

And Petrasis looking for spaces where her voice is authentically represented and appreciated, and Smith was able to provide that.

GQ Magazine writes, "Now, a contagious new-best-friend energy emanates from Smith’s alliance with pop singer Kim Petras, known for 'Treat Me Like a Slut' and 'Coconuts'. The pair teased the fierce, Gaga-esque track 'Unholy' on TikTok with slumber-party giddiness; clearly, they couldn’t wait for it to drop. 'It’s about a dude cheating […] which basically sucks,' Petras shares. 'We had fun with that topic, though.'

In the studio, Petras says, Smith 'pushed for me to be as myself as possible […] and pushed for authenticity'. So she glitterbombed her verse with phrases you’ll never unhear. ‘Balenciaga daddy’ is the moment of my verse for me,' she concedes. 'Actually, my whole verse is literally so repeatable.' She fondly recalls finishing the lyrics with Smith, 'an amazing writer' and musician who 'has a vision that’s their own shit'. As a duet between non-binary and trans vocalists, 'Unholy' flips the script, infused with femme power. (When I ask Petras what she’d gift Smith if she could get them anything for their 30th, she replies: 'The Spice Girls tour bus!')."

With the arrival of the "Unholy" music video, it changes the vibe of the song a little bit which is a shame. But there's one thing you can't deny about the video – it has fashion chops.