“Homelessness keeps you locked in a mentality of day-to-day survival. But that shouldn’t stop anyone from thinking about what it 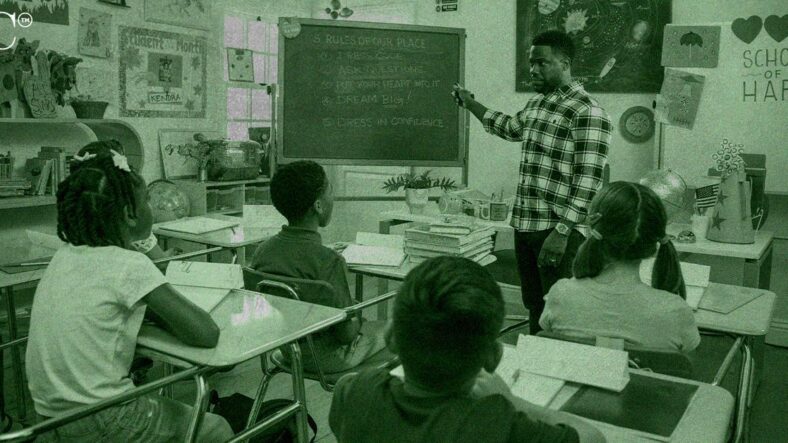 “Homelessness keeps you locked in a mentality of day-to-day survival. But that shouldn’t stop anyone from thinking about what it means for life afterward, and I think we forget a lot about that,” says School on Wheels board member, Angela Sanchez.

Referring back to her own story about her father losing his job and not being able to afford rent, she shares, “Once we went homeless, I wasn’t sure what my options would be or if I would even be able to go to college."

Sanchez was lucky enough to have School on Wheels in her corner. She got a math tutor with them who was a grad student in astrophysics at the California Tech Institute of Technology. “I literally had a rocket scientist helping me with my math homework,” said Sanchez. The opportunity brought to her by School on Wheel motivated her to create a successful future for herself. She is now in her 30s as an equity consultant, published author, and homeowner.

Supporting Students Through A Time of Homelessness

Charles Evans, the organization’s executive director says, “Students experiencing homelessness move on average about three to four times a year, and with each move, it’s estimated that they fall behind four months academically."

“Our whole goal as an organization is to really try to fill in those academic gaps.”

School on Wheels was founded in 1993 by Agnes Stevens, a retired school teacher. Stevens was mindful of the halt that homelessness put on children's education. She set out to shrink the gaps in their learning by providing them with the highest level of education possible.

One of Steven's first volunteer tutors on Skid Row was Catherine Meek who later became the Chief Operating Officer before being elected Executive Director, serving from 2009-2019. She has received multiple awards for her pro bono work and still volunteers as a tutor today.

“She was the inspiration and teacher and had the education background, and I had the business and financial background,” says Ms. Meek. “The need was there in 1993, and it’s just grown astronomically since then. One in 30 kids in California in a classroom is homeless.”

School on Wheel organically grew, partnering with anywhere homeless families may be – shelters, school districts, motels. libraries. They even reached out to those living on the streets, in a car, or in foster homes.

The organization does not go into the backgrounds of the students, instead, they focus solely on the educational needs of each one.

“We’re really here to just support the child, and I think a lot of our families like and appreciate us and what we do for them,” says Evans. “We don’t pry and try to figure out why a family became homeless.”

Every few weeks the children are assessed to assure that they're improving. And, the numbers don't lie. Meek revealed, "in 2021, K-4 students improved their literacy skills by 21 percent; In the past six months fifth through eighth grade students increases math skills by almost one grade level, and self-efficacy surveys showed a 40 percent increase in confidence in ninth through 12th graders."

As for most, the pandemic brought challenges but also some benefits.

Going remote allowed students to stay in touch with their tutors while on the move. However, a [not so minor] drawback was shifting from handing out backpacks and school supplies to giving out digital equipment such as Chromebooks as well as making sure the children have access to wifi.

Since the cooling down of the pandemic, the organization has returned to in-person sessions however, they kept it as a hybrid model. Giving children the option to be virtual when they physically cannot be there allows for more opportunity for them to learn.