Scream is shrieking back into theaters with a bunch of new, and a bunch of old. A newer storyline that 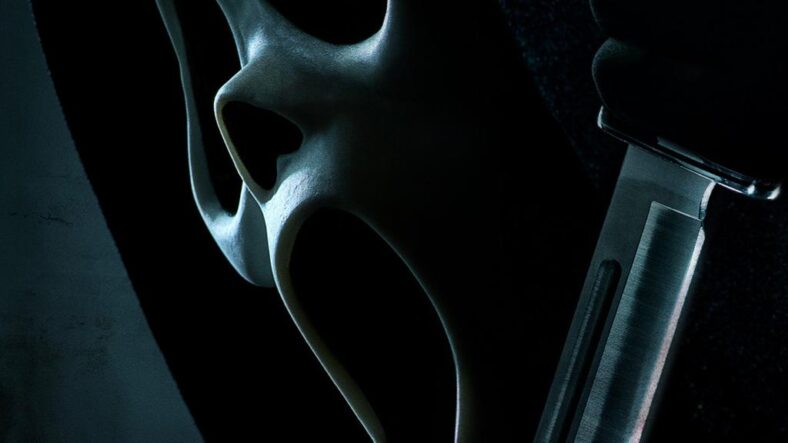 Scream is shrieking back into theaters with a bunch of new, and a bunch of old. A newer storyline that has a proven plot line at its chewy center welcomes back both fresh and familiar faces.  It’s been 25 years since moviegoers were first introduced to the Ghost Face Killer, his obsession with a young Sidney Prescott (Neve Campbell), his reverence for horror films, and his Olympic level knife skills.

Since then audiences have been treated to – or subjected to depending on who you ask – a franchise and the explosion of a new genre in scary films. Not to mention a halloween costume that has been timely since 1996.  In all the Scream films have been fan favorites since they first hit screens and proven to be cash cows for Hollywood. 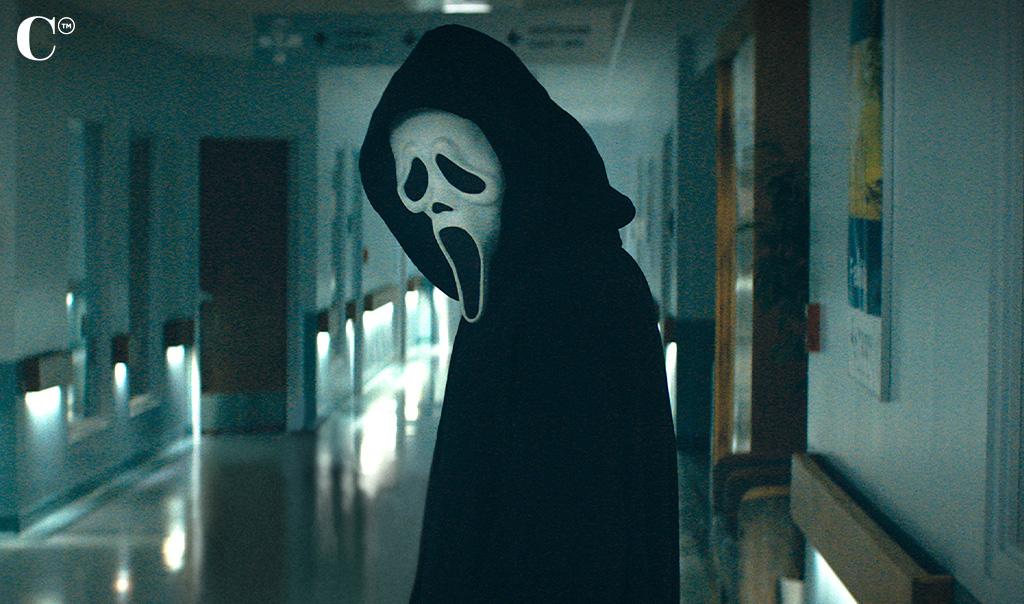 Now, a quarter of a century later the slasher-movie franchise is back. With it comes tried and true techniques, and the delivering of a new concept in horror – the ability to make fun of itself.  And make fun of itself it does. Ya know because “someone needs to save the franchise!” The wink wink, nudge nudge of it all is laid on super thick at times though it does provide some of the funnier moments of the film.

Here in present day, Ghost Face is back and is ready for a ‘requel.’ That’s not a prequel and it’s not a sequel. Instead it’s a movie that is new but honors the legacy characters simultaneously. Cue the return of Gail Weathers (Courteney Cox), Deputy Dewey (David Arquette) and the aforementioned Sidney Prescott. 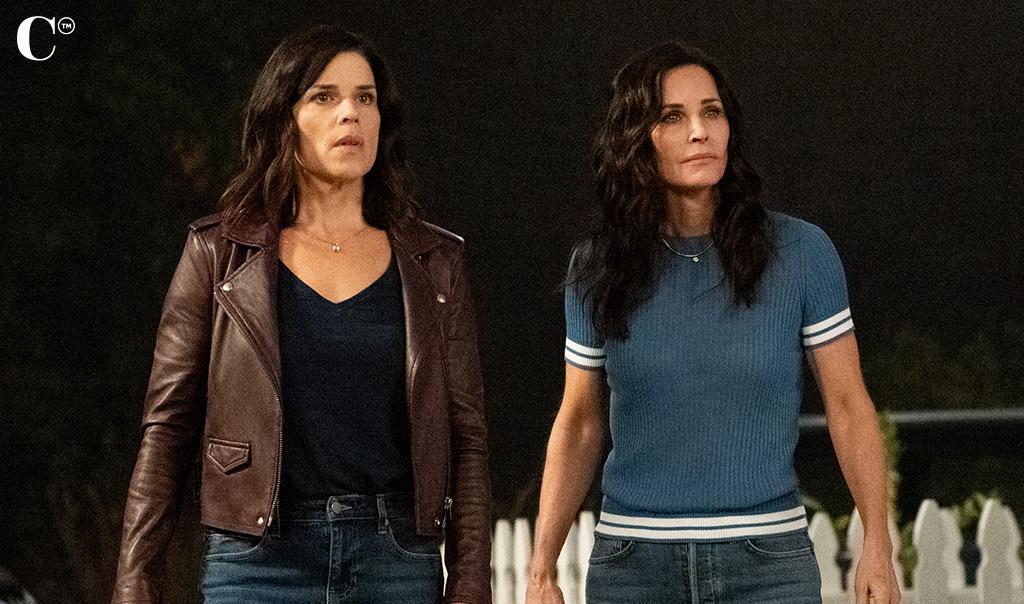 Once again we are back in Woodsboro, California where the story first began. This time we are introduced to a new set of high schoolers that, without spoiling the plot, in one way or another are connected to the OG group. This assortment of adolescents are far more evolved in their horror film tastes. Where the original group loved a good slasher film (Friday the 13th and Halloween), these young ones prefer ‘elevated horror’  a la Jordan Peel’s Get Out or Ari Aster’s Hereditary. You know, a more sophisticated horror film.

The new generation is held together by Tara (Jenna Ortega, You), her sister Sam (Melissa Barrera, In the Heights), Sam’s boyfriend Richie (Jack Quaid, The Boys), Tara’s BFF Amber (Mikey Madison, Better Things), Mindy (Jasmin Savoy Brown) and Chad (Mason Gooding). Like most kids they think they know it all. Fortunately for them – and audience members who have not seen the original – they have former Deputy Dewey there to explain the rules of the horror film and how best to unmask the masked killer.

See it or Skip it?

The good: Scream delivers a good ol’ fashioned slasher movie. It pays reverence to the original, and that includes original director Wes Craven. It offers up bite sized nostalgia that is unexpected from Cox, Arquette, and Campbell.

The bad: If you haven’t seen the original you are about as screwed as the character in the movie who is killed in the first scene.

Scream is rated R and runs 1 hour and 54minutes. Get your tickets to see it in theaters now.