We are just days away from the release of Selena Gomez‘s highly-anticipated Spanish album, Revelación, but the singer just revealed

We are just days away from the release of Selena Gomez‘s highly-anticipated Spanish album, Revelación, but the singer just revealed that it may be her second-to-last. Yep, she admitted that she’s considering quitting music since “people don’t take her seriously,” and everyone is heartbroken over the news.

“It’s hard to keep doing music when people don’t necessarily take you seriously,” she admitted to Vogue in a new interview. “I’ve had moments where I’ve been like, ‘What’s the point? Why do I keep doing this?’ ‘Lose You to Love Me,’ I felt was the best song I’ve ever released, and for some people it still wasn’t enough. I think there are a lot of people who enjoy my music, and for that I’m so thankful, for that I keep going, but I think the next time I do an album it’ll be different. I want to give it one last try before I maybe retire music.”

She also told the outlet that she wants to spend more time producing and to “give herself a real shot at acting.”

“I haven’t even touched the surface of what I want to do,” she continued. “The parts that I want are the ones I need help with. I can’t wait for the moment when a director can see that I’m capable of doing something that no one’s ever seen.”

She’s Tired Of Being Referred To As A ‘Disney Girl’ 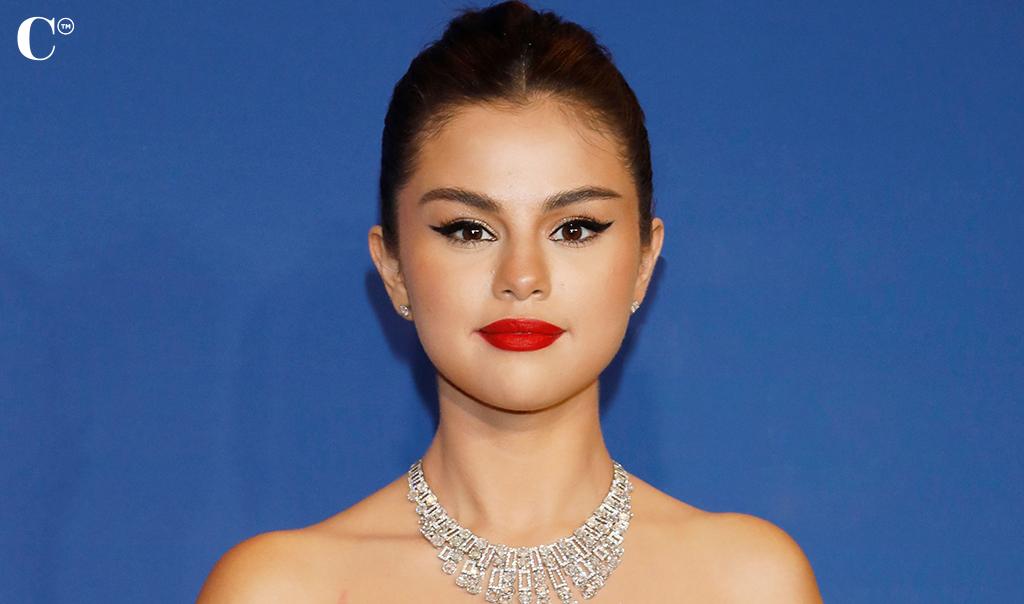 Throughout the interview, the former Disney star also reflected on her rise to fame.

“That was my job in a way — to be perfect,” she said of her time on Wizards of Waverly Place. “You’re considered a figure kids look up to, and they take that seriously there. I think I spent so many years just trying to say the right thing to people for the sake of keeping myself sane. I’m just such a people-pleaser. I still live with this haunting feeling that people still view me as this Disney girl.”

But the 28-year-old had nothing but nice things to say about her costars.

“They were there before any of it. They loved me for me, and they still do. I can’t say that I have that anymore. I can’t meet someone and know if they like me for me,” she said. “To be honest, I just want to start over. I want everything to be brand-new. I want someone to love me like I’m brand-new.”

Her Recent Bipolar Disorder Diagnosis Helped Her A Lot 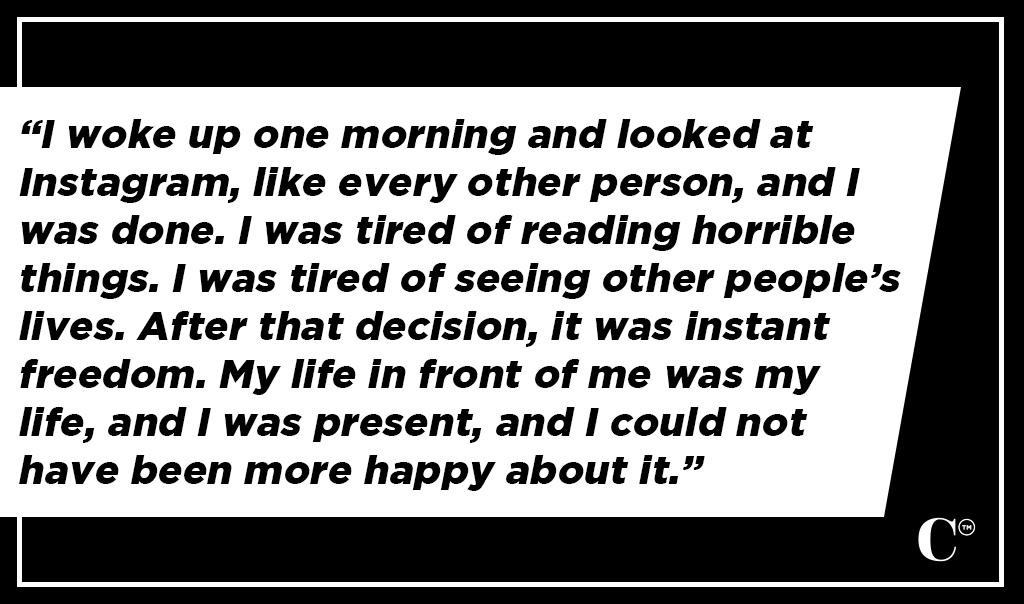 She also opened up about her mental health issues, admitting that her recent diagnosis of bipolar disorder has helped her a lot.

“Once the information was there, it was less scary,” the “Rare” songstress admitted, adding that she still has nights where she’s stricken with anxiety. “And then I start thinking about my personal life, and I’m like, ‘What am I doing with my life?’ and it becomes this spiral.”

Gomez explained that quitting social media also made things easier for her. Now, her assistant runs her Instagram and Twitter, and she will text her pictures or messages that she wants her to post. She said, “I woke up one morning and looked at Instagram, like every other person, and I was done. I was tired of reading horrible things. I was tired of seeing other people’s lives. After that decision, it was instant freedom. My life in front of me was my life, and I was present, and I could not have been more happy about it.”

The star added, “I feel guilty for my position a lot. I feel like people are hurting, and I feel responsible with my platform to do something about it. To share that it’s hard for me, too. To cheer them up. I know that this wasn’t just given to me, I know that I’ve worked so hard to get here. I know that all of this is my purpose. But, because of the way I was raised, I just can’t help but think, I wish I could give people what I have.” 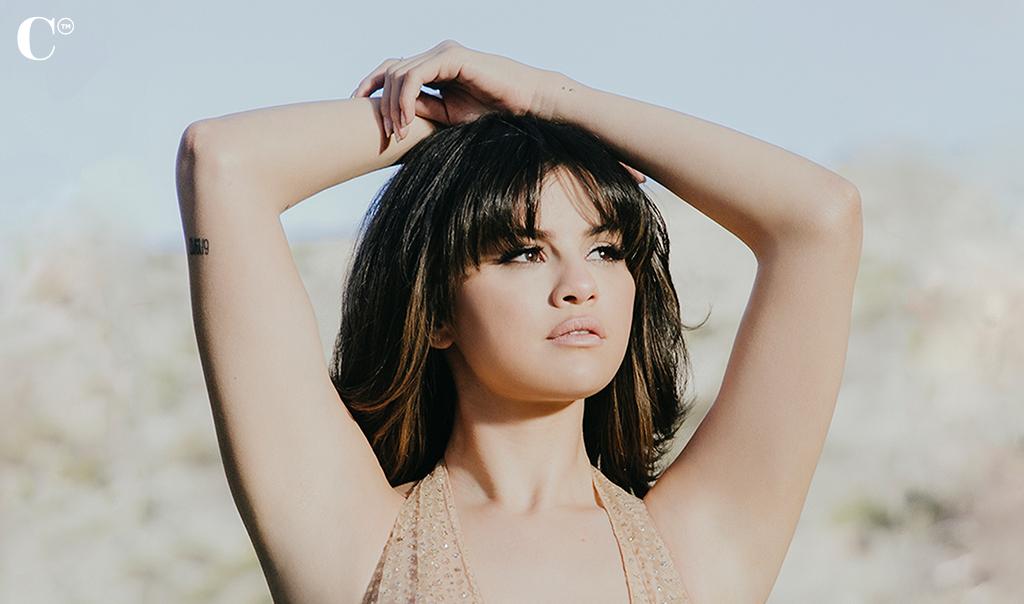 “The project is really an homage to my heritage,” she explained. “A lot of my fan base is Latin, and I’ve been telling them this album was going to happen for years. But the fact that it’s coming out during this specific time is really cool.”

Gomez explained that she used to be fluent in Spanish, but she lost the language after she started going to school. And before every recording session for Revelación, she did an hour with a Spanish coach and an hour with a vocal coach. She also revealed that her grandparents came to America undocumented.

“It took them 17 years to get citizenship. I remember that being such a huge deal. My grandpa was working construction, hiring hundreds of people, and still they were living on the edge, covering up how scary it was,” she said.

This inspired her to produce the Netflix series Living Undocumented in 2019. She continued, “My goal was to communicate that these people are not ‘aliens.’ They’re not whatever names other people have given them. They’re humans — they’re people.”

Her Faith Is Very Important To Her 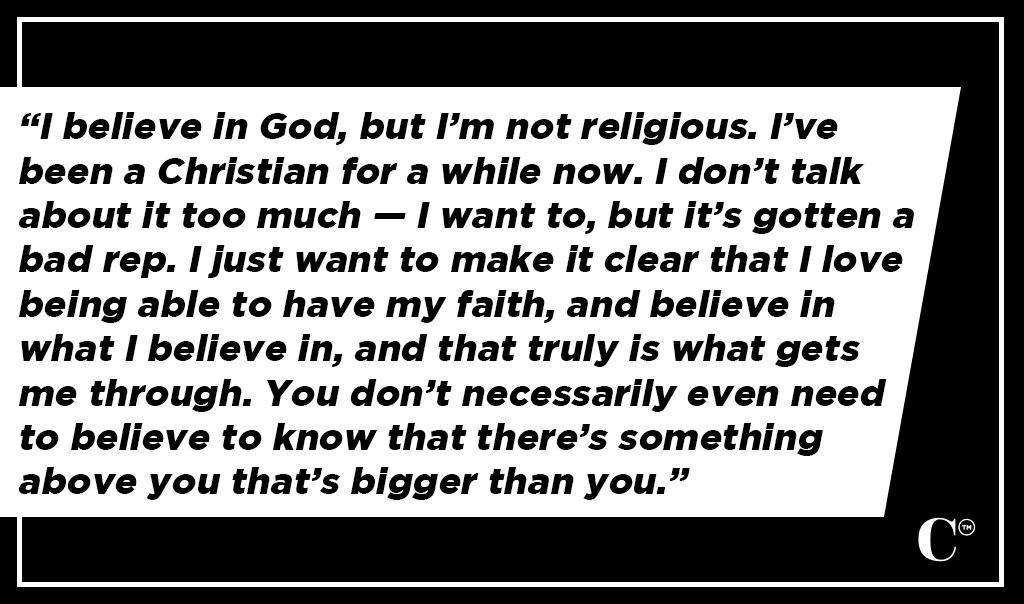 “I’m very, very spiritual,” Gomez told Vogue. “I believe in God, but I’m not religious. I’ve been a Christian for a while now. I don’t talk about it too much — I want to, but it’s gotten a bad rep. I just want to make it clear that I love being able to have my faith, and believe in what I believe in, and that truly is what gets me through. You don’t necessarily even need to believe to know that there’s something above you that’s bigger than you. You’re throwing your hands up, going, ‘I actually have no idea what is next.’”

She’s Got A Few New Roles In The Works 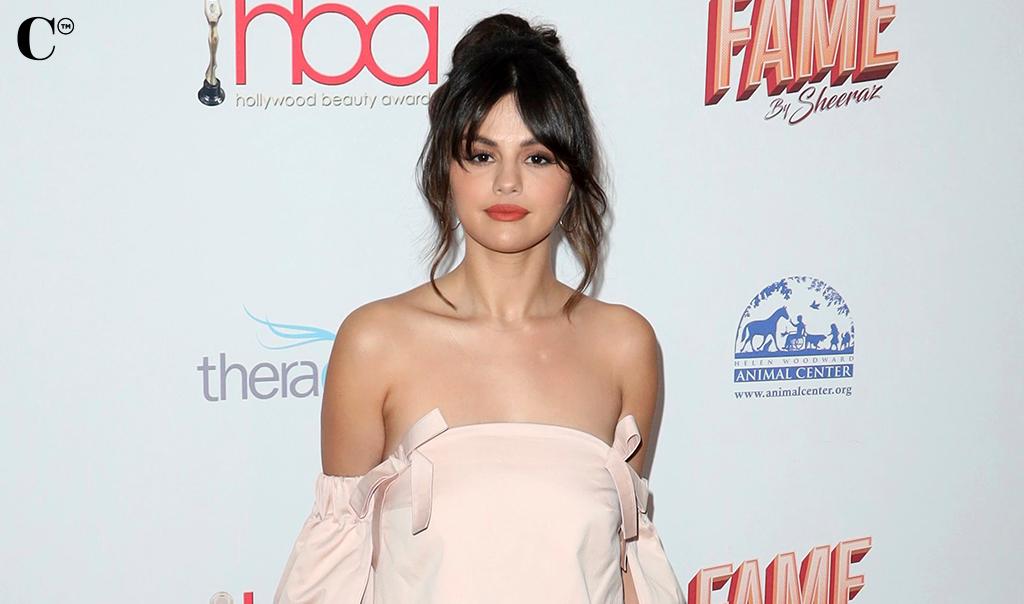 A new album isn’t the only thing Gomez’s fans have to look forward to. Yep, she’s currently filming an upcoming Hulu series called Only Murders in the Building. It also stars Steve Martin, Martin Short and Aaron Dominguez and reportedly follows “three strangers (Martin, Short and Gomez) who share an obsession with true crime and suddenly find themselves wrapped up in one.”

Plus, back in November 2020, news hit the web that Gomez had been cast in a brand new movie, called In the Shadow of the Mountain, and everyone was pretty excited about it. According to The Hollywood Reporter, In the Shadow of the Mountain is going tell the story of Silvia Vásquez-Lavado. For those who don’t know, the mountaineer was the first Peruvian woman to summit Mount Everest and the first openly gay woman to complete the Seven Summits — a challenge to climb the highest mountain on each continent. She was also a victim of childhood assault and neglect, and has helped organize many treks to Mt. Everest’s base camp for other women who have endured abuse. Gomez is set to play Vásquez-Lavado in the upcoming flick, and it’s reportedly going to come out in winter 2022.

Oh, and did we mention that the pop star is also set to return as Mavis in the upcoming fourth addition to the Hotel Transylvania series?! Woo-hoo!