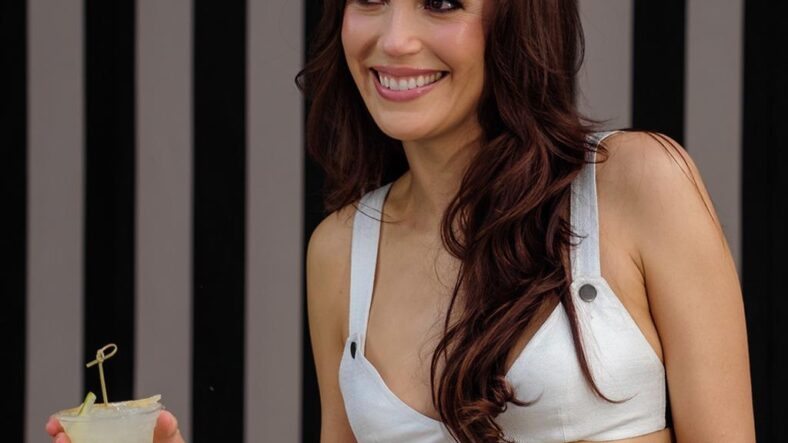 Fans of Selling Sunset rejoiced in March when it was announced that the series would be coming back for season 4. The stars are getting back out and about now that restrictions are loosening, and one of the show’s stars Davina Potratz was seen this past week in Las Vegas celebrating the Grand Opening of Calida Group’s Elysian at Tivoli.  CELEB caught up with Potratz to talk about the explosive real estate market, the show and what she’s looking at for the future. 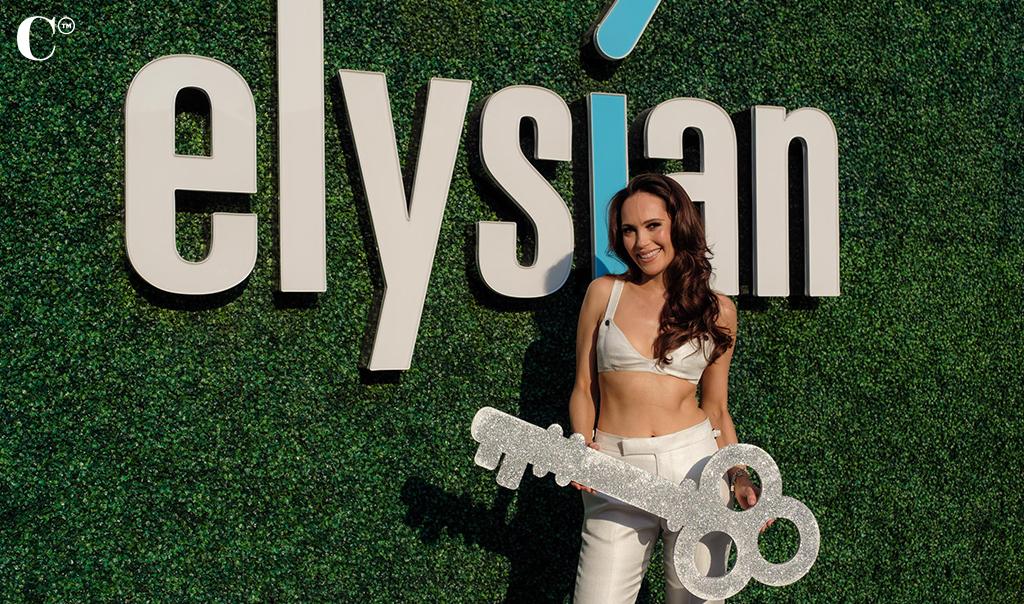 If you’re speaking to one of the stars of Selling Sunset, you’ve got to ask about real estate, right? After all, the stars of the show close some of the biggest real estate deals in the country—in one of the hottest and most competitive markets in the world. Since Potratz was in Vegas, we needed her take on what’s happening with that market—it’s been as volatile and unpredictable as the rest of the country, but Vegas real estate includes some exceptionally high rollers.

Potratz explains, “I’m not licensed in Nevada, although I am interested because of the proximity to Los Angeles. I don’t know as much about the Vegas market, but it’s like L.A.—it’s pretty inflated and people are on a buying frenzy. It’s definitely a seller’s market. Hot properties and amazing locations are very much in demand and some of them are getting 20, 30 offers. I don’t know if Vegas is quite that intense, but people are coming in all cash, no contingencies, 10 day close, whatever it takes to get the place. People are offering way over asking, in some cases more than it’s worth. It’s a battle out there right now! I’ve had friends who were looking to buy, and they gave up because they just lost every offer. Or the bank wouldn’t approve a loan on the amount they’d have to offer, way more than a place was worth. So it’s wild.”

And being on Selling Sunset has changed Potratz’s experience in real estate. “We have a much broader range of people coming in to buy from us now. Netflix is in 191 countries. We get people reaching out from Europe, from Middle East, from Asia, all over Australia, and we have fans in Canada. It definitely helped market us and the brand. It shows our lifestyle a little bit as well, and people want to buy into that lifestyle which is exciting.”

As for one of Potratz’s most memorable moments in real estate? “I had one client that I followed up with for years, I didn’t think it would be anything. And he ended up buying a $9 million condo cash. And my seller took him on a helicopter ride through downtown L.A. And he met I think he met some of the Lakers at the time. That was fun.” 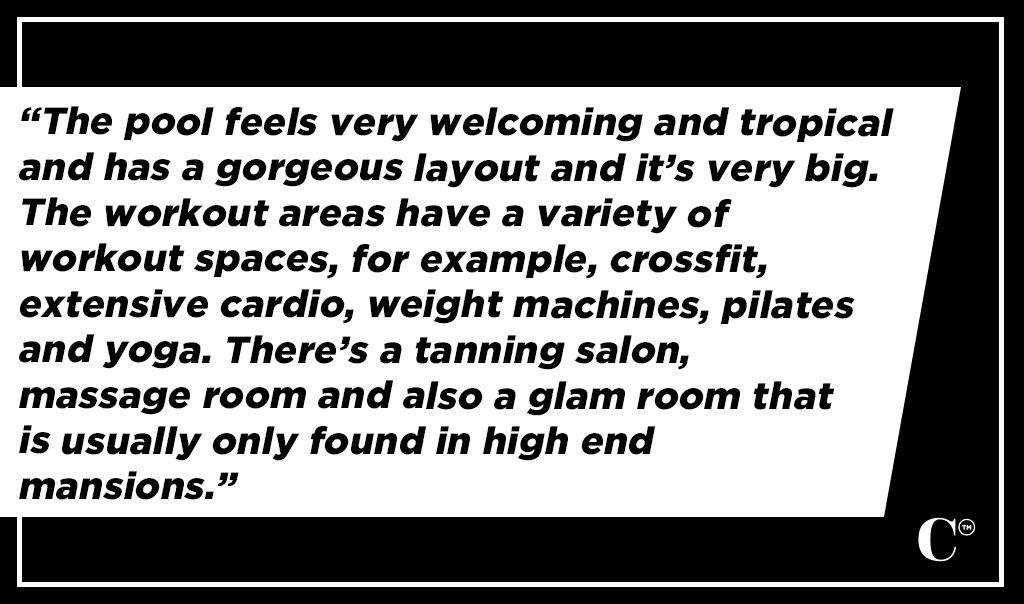 Potratz is taking some time out of her busy schedule to celebrate in Las Vegas this week. On July 15, she showed up to the opening of Elysian at Tivoli looking gorgeous in an all-white Tom Ford bralette with dress pants and a jeweled Louis Vuitton clutch. The Sunset star took some time to pose for pictures with Calida Group’s Senior Vice President of Capital Markets, Chris Leggee. Potratz spoke with media during the event and described her enjoyment in particular of the social atmosphere and resort-style amenities. Potratz shares, “The pool feels very welcoming and tropical and has a gorgeous layout and it’s very big. The workout areas have a variety of workout spaces, for example, Crossfit, extensive cardio, weight machines, pilates and yoga. There’s a tanning salon, massage room and also a glam room that is usually only found in high end mansions.”

Guests to the event enjoyed sushi from Kona Grill, wine, signature craft cocktails and boozy pops by CraftLV, light bites and beer by PKWY Tavern. Partygoers got to tour the property and enjoy wine tastings and live music as well; all in all, a glorious night for the new property.

What’s Ahead for Davina 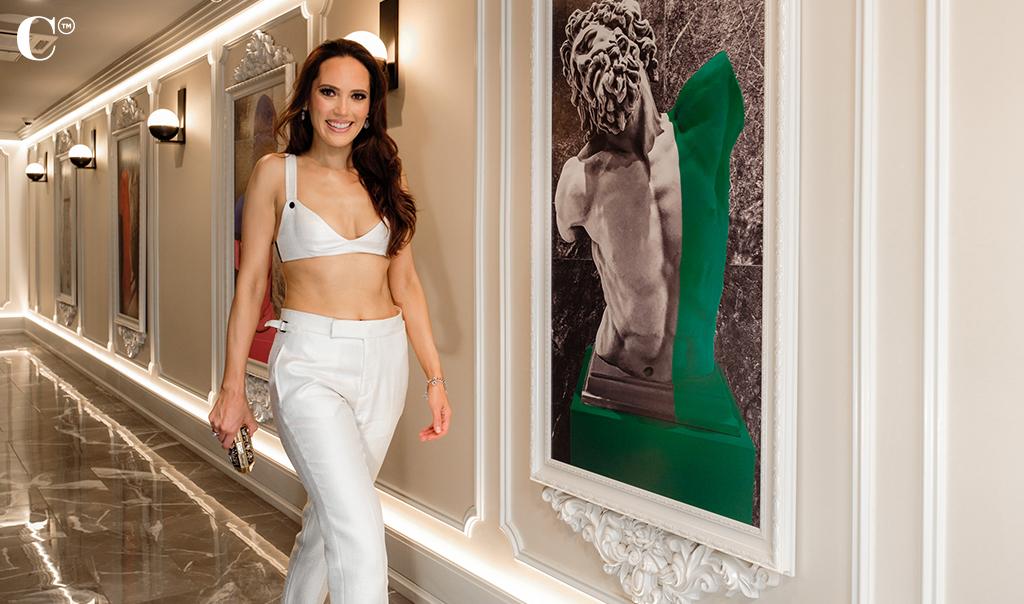 One of the thing Potratz shared is that seasons 4 and 5 filming is currently underway simultaneously. “They’re working to edit and get them out as fast as possible. It should air this Fall or Winter; I’m not sure exactly when, but it should be this year. Season 4 is coming soon.”

Potratz adds, “I love Douglas Elliman, they’re a great firm. And they’re very different from the Oppenheim Group. They’re much more of a corporate global company. They specialize in new development, which is my background. It’s a completely different company than Oppenheim and I love it. I’m still friends with the Oppenheim group agents. You’ll see what happens to me, and how the dynamics change. We also have two new cast members that are a great addition.”

But Potratz will be hard-pressed to find time for a side hustle in beauty; between her ever-growing career, filming two seasons at once, and brightening the atmosphere of openings in Las Vegas, she’s doing it all.