If you went to a friend’s house and saw a skull sitting on the mantel place in some stylish shades, 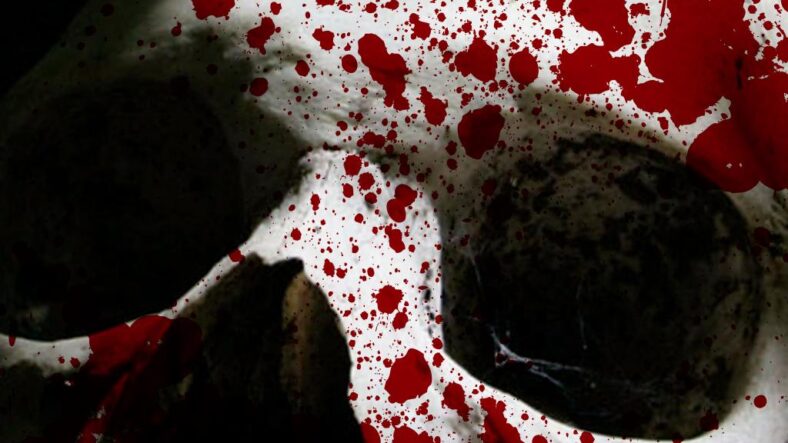 If you went to a friend’s house and saw a skull sitting on the mantel place in some stylish shades, you probably wouldn’t give it a second thought. You certainly wouldn’t assume it actually belonged to a real human, missing since 2012. However, one skull was discovered to be exactly that after authorities used DNA testing to connect the dots.

A report made at the time of his disappearance read, “The Morgan County Sheriff’s Department is asking for the public’s help in finding a missing elderly man.

Junior McCann, 79, is from the Gobey area of Morgan County.  He has not been seen since September 9.  Investigators don’t have any information about where he may be or how he may have gotten there.

McCann is a white male, 5’5″ tall, 125 pounds, with brown hair and blue eyes.  He was last seen wearing a blue, uniform-type button down shirt with the name ‘JR’ on the right chest, and a pair of dark blue pants.

If you have any information, you are asked to call the Morgan County E-911 Center.” 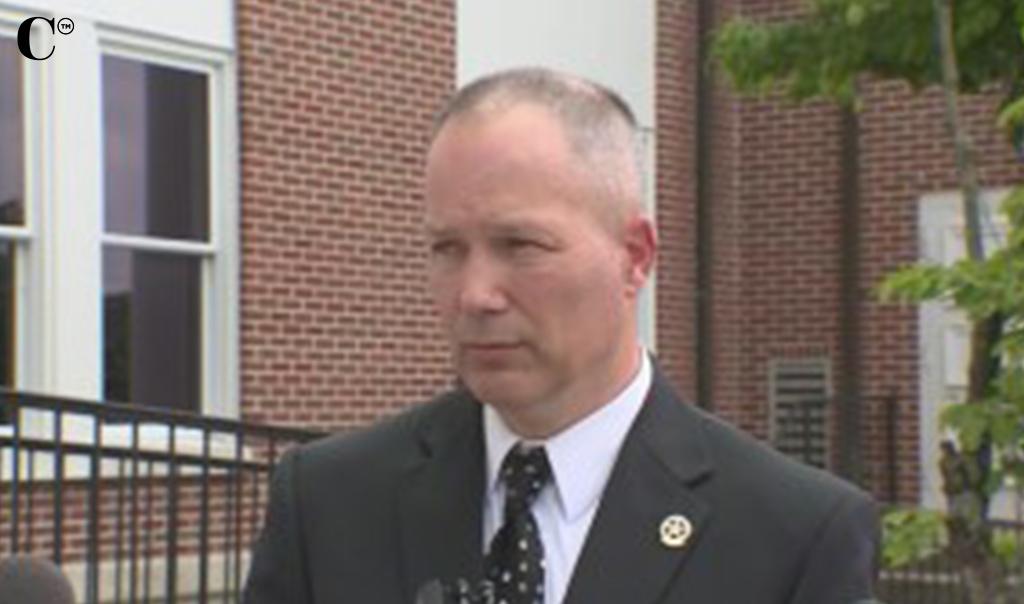 District Attorney General Russell Johnson made a post on Facebook about the finding. Russell’s post reads, “Human Skull Discovered Sitting on Fireplace Mantle for Over a Year and Sporting Sunglasses Positively Identified as Man Missing in Morgan County Since 2012 – [Search for additional remains yielded no results.

The Morgan County Sheriff’s Office has been informed that a positive identification (through DNA testing performed by Knox County Regional Forensics Center and the UT Department of Anthropology) has been made of a human skull that was found allegedly in March of 2019 by an individual in the Gobey area of Morgan County. Someone subsequently placed the skull on a fireplace mantle where a pair of sunglasses were added. The skull remained there until the Sheriff’s Office was informed of its existence. The MCSO retrieved the skull and sent it for testing using DNA from family members of Junior Willie McCann who had been missing since September 2012. The DNA from the family members and the skull were a match.”

It’s Possible McCann was Killed By a Family Member 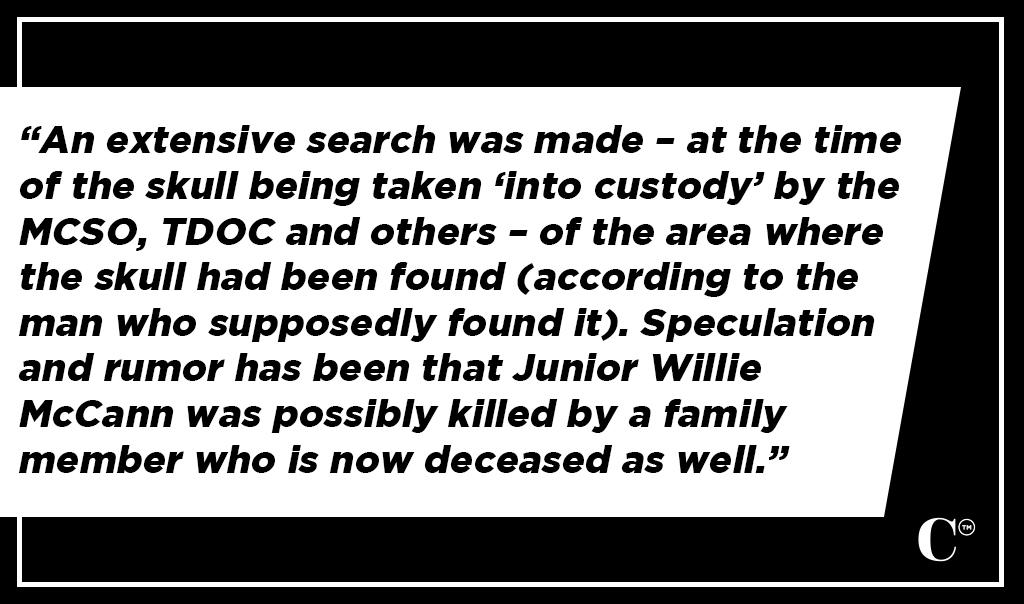 Russell’s post goes on to explain, “An extensive search was made – at the time of the skull being taken ‘into custody’ by the MCSO, TDOC and others – of the area where the skull had been found (according to the man who supposedly found it). Speculation and rumor has been that Junior Willie McCann was possibly killed by a family member who is now deceased as well.”

While Russell’s post raises more questions than it answers, it does paint a grim picture of what happened to McCann’s remains. Left in the woods to rot or be picked at by animals, McCann still had no rest in death after his skull was turned into a decorative prop. 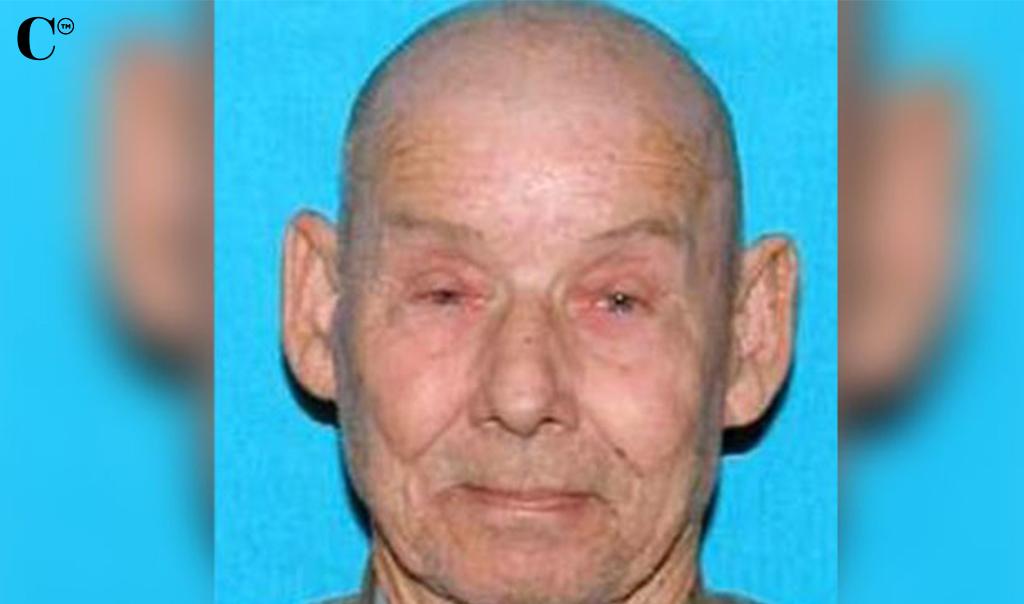 There are still many mysteries surrounding McCann’s death. How was he killed? Why did the unnamed people who displayed the skull not question what they found in the woods? Who reported the skull, leading to the stunning revelation? And one of the most curious questions; how did the anonymous tipper recognize that the skull was more than a prop?

For now, at least, McCann’s surviving family members can have some peace knowing that they have the first of many answers.