November 25, 2020 is a sad and heartbreaking day for the world of soccer. Icon and world soccer legend DiegoArmandoMaradona

November 25, 2020 is a sad and heartbreaking day for the world of soccer. Icon and world soccer legend DiegoArmandoMaradona died at the age of 60 from a heart attack. Before this incident, Maradona was rushed into the hospital earlier in November and underwent a brain surgery. The doctors had confirmed he had a blood clot on his brain, but was operated successfully.

Undoubtedly, Maradona was classified as one of the greatest, if not the best soccer player of all time. His career started at the Argentine club Argentinos Juniors at the age of 16. Later in his career he played for Boca Juniors, Barcelona, Napoli, Sevilla, and Newell’s Old Boys. He also played for the Argentine national team where he won the 1986 World Cup. 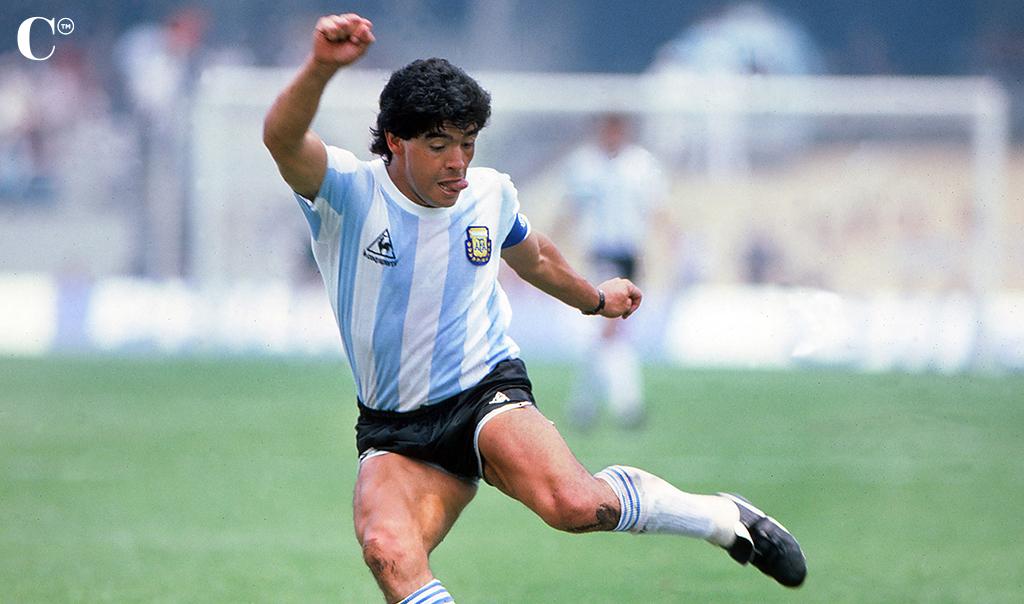 Unquestionably, winning the 1986 World Cup in Mexico was his greatest accomplishment. He captained that team to glory. He scored five goals in the tournament finishing in second place of the goal scorers behind British player GarryLineker. He played magnificent soccer in which the whole world got to witnessed. His performance in this World Cup tournament catapulted him to be considered on of the greatest of all time.

The match against England saw him score two of the most iconic goals of soccer history. His first goal which is called the “Hand of God” where he used his hand to beat the goalkeeper. The second goal is called the “Goal of the Century” as he single handedly dribbled around England players including the goalie. In that game Argentina beat England two goals to one and head to the semi-final. Argentina eventually went to the final beating West Germany.

The year of 2000, he won the FIFA Player of the Century award. As a player, he won the top scorer with Napoli in the 1987-1988 Serie A campaign with 15 goals Also, he won the Italian Serie A twice, Italian Cup, Italian Super Cup and the UEFA Cup all with Napoli. That same year he was the goal scorer for Napoli in the Coppa Italia tournament with eight goals. He won the Footballer of the Year award four times. With Barcelona he won the Spanish Cup and Spanish League Cup. Lastly, with Boca Juniors, he won the Argentinian Championship once.

Became A Coach For Various Teams

Drug Abuse and Problems With His Health 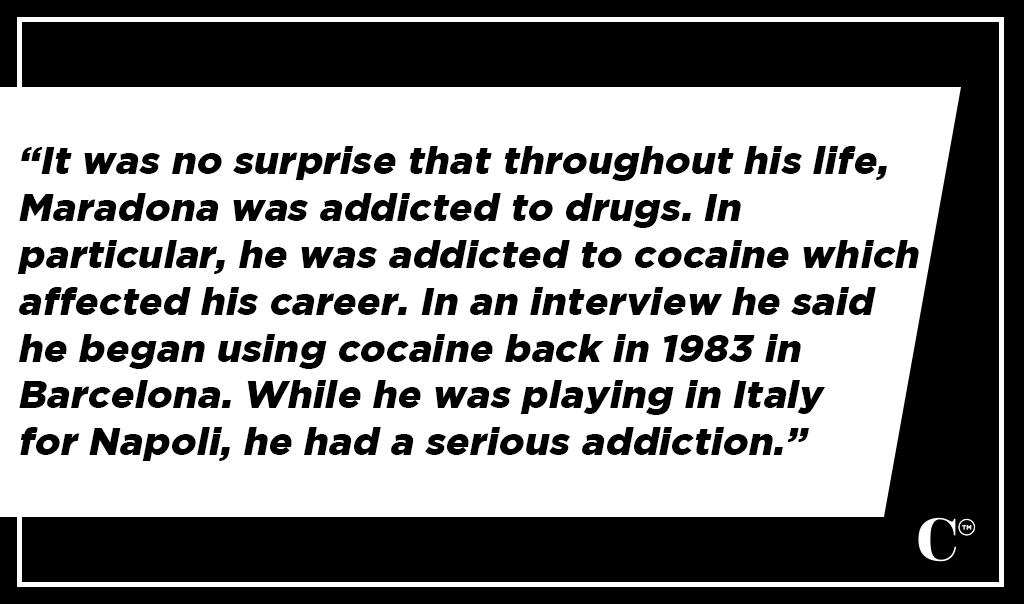 It was no surprise that throughout his life, Maradona was addicted to drugs. In particular, he was addicted to cocaine which affected his career. In an interview he said he began using cocaine back in 1983 in Barcelona. While he was playing in Italy for Napoli, he had a serious addiction.

By many he was considered a great soccer player, however, his political views came with plenty of mixed views. He was a proud FidelCastro and HugoChavez supporter. Maradona had a tattoo of Fidel Castro on his left leg, and on his right arm the face of CheGuevara. He would constantly meet with Castro and Chavez and supported both of them in their political endeavors.

However, he disliked GeorgeW. Bush and did not like it when Bush visited Argentina back in 2005. He said that Bush was a “human garbage” and was wearing a shirt that said “Stop Bush” with the S on Bush being replaced with a swastika. He was a very outspoken person but when Barack Obama was elected president, he said he had great expectations from him.

Back in 1987, he met with PopeJohnPaulII at the Vatican and argued with him. In an interview he said, “I argued with him because I was in the Vatican and I saw all these golden ceilings and afterwards I heard the Pope say the Church was worried about the welfare of poor kids. Sell your ceiling then amigo, do something!” He was a very outspoken individual who said what was on his mind. He fought for his believes and didn’t care what others thought of him.

Has His Own Church 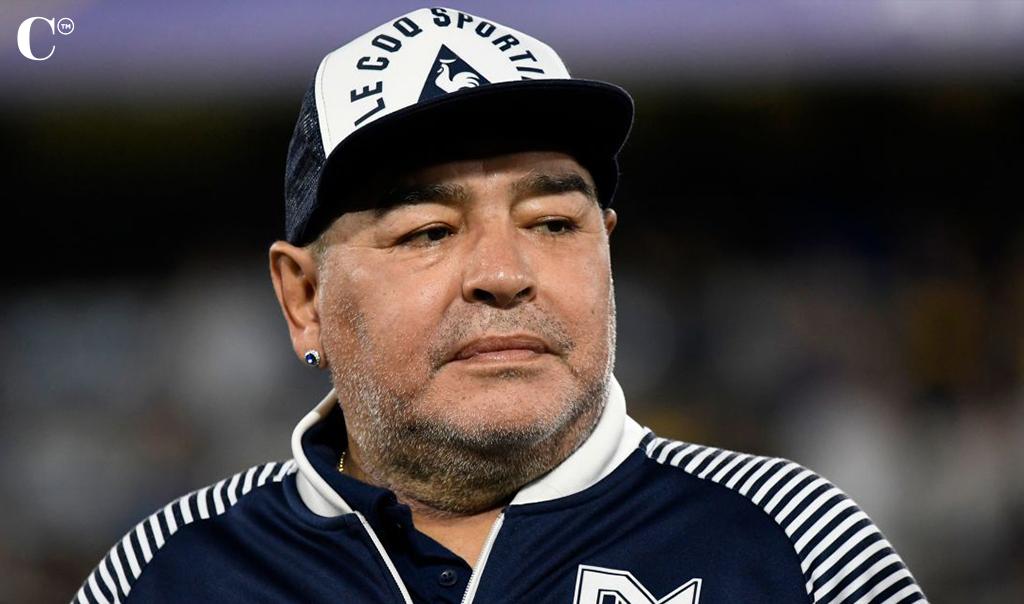 The great Maradona has his own church in Rosario, Argentina which was founded by three of his fans. The three fans created the church back in October 30, 1998, and call it The Iglesia Maradoniana. People from around the world go and visit the church annually and pray there.

A Legend Gone Too Soon

Indeed a soccer legend that left this planet early and has shocked the world of soccer with his sudden death. Many soccer players and soccer teams around the world have commented on social media about his tragic death. They all have said their condolences and praise his legacy as one of the greatest soccer players of all time.

He will clearly be missed and many will continue to tell his legacy from years to come. He inspired many to play soccer and to be named after him. No doubt he will forever be missed and his legacy will go on forever.