Sotheby’s to Auction Sculptures of George Floyd and Breonna Taylor

Sotheby’s is known to be the place to go for unique and priceless art. Sometimes, that art intersects with a

Sotheby’s is known to be the place to go for unique and priceless art. Sometimes, that art intersects with a social cause. In an upcoming auction, Sotheby’s is auctioning off two art pieces that embody the pain and growth of the past two years. The pieces are two sculptures, iconic representations of George Floyd and Breonna Taylor. The sale proceeds of these pieces will go towards benefitting social justice causes near and dear to the hearts of their friends and families. 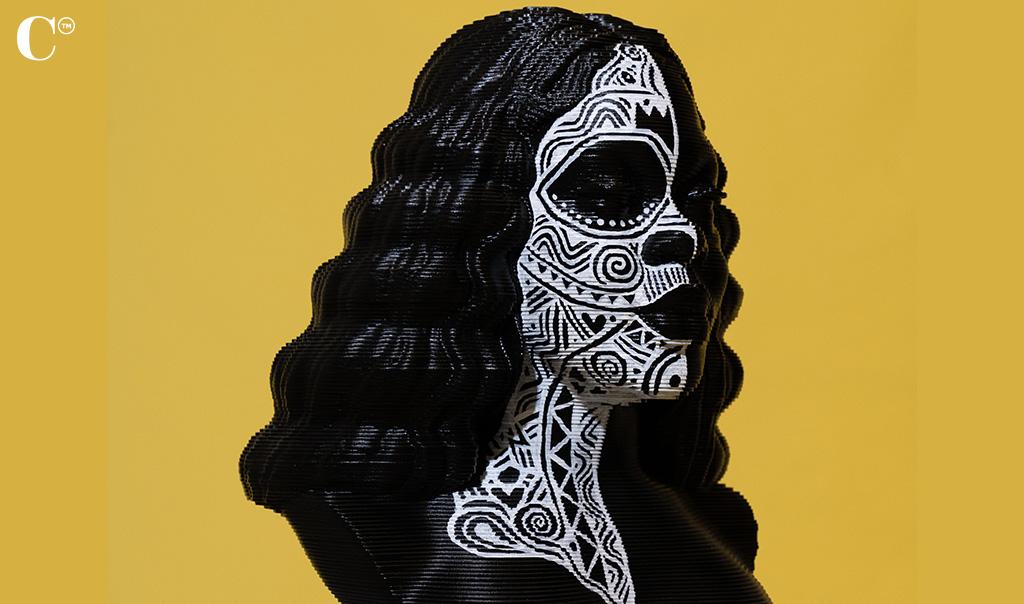 Starting today (December 9) through December 17, iconic sculptures of George Floyd and Breonna Taylor will be up for auction through online bidding at Sotheby’s. The sculptures were created by Chris Carnabuci, part of a series that was previously part of Confront Art’s SeenInJustice series. SeenInJustice was inspired by the faces and painful stories of 2020 that sparked a firestorm movement for justice. Covering the sculpture of Taylor is work by Nigerian artist LÁOLÚ NYC, known for his contribution to Beyonce’s Lemonade album.

The George Floyd statue made news in recent months when it was vandalized during pop-up exhibitions. The 6-foot-tall sculpture was unveiled on Juneteenth, and features a bold and unapologetic gaze from Floyd, whose death at the hands of police sparked outrage across the country.

Harrison Tenzer, Sotheby’s Head of Digital Strategy for Auctions shared in a statement his thoughts on the sales; “George Floyd and Breonna Taylor are two names forever etched in American history following their tragic murders at the hands of the police. Their memory has helped to fuel the international social justice movement combating the systemic racism that still rages, sometimes with deadly consequences, in America. Created to commemorate the lives and legacies of Floyd and Taylor, these two works serve as a poignant call to action, reminding us that we are each accountable for combating injustice in order to build the future we want. In a time when monuments matter, we are honored to work with Confront Art to include these iconic sculptures in our December Contemporary Art auction, with proceeds benefiting the foundations and organizations founded by family members of Floyd and Taylor in their honor.”

The state of Taylor is haunting, with her likeness bearing a sugar-skull-like-visage, a blunt reminder of her murder. Like Floyd, Taylor’s likeness gazes unapologetically at the viewer, reminding them not to look away. Emblazoned across the front is an American flag in stark black and white; a pointed reminder of the conflict still raging across the country.

“I am honored to take part in such an important fight for justice and being able to share a piece of the Yoruba culture in the narrative of Breonna’s story,” said LÁOLÚ NYC in a statement. LÁOLÚ NYC’s contributions include Yoruba art and imagery, evoking Oya – a woman warrior deity.

And Breonna Taylor’s mother, Tamika Palmer, added, “We are still very much fighting for justice for Breonna. This project not only captures Breonna’s spirit, it is a monument standing for a call to justice for her, and the others who have suffered the same fate, and a beautiful way honor her life.”

The pieces will be on public display December 9 through December 15, before final bidding closes on December 17. 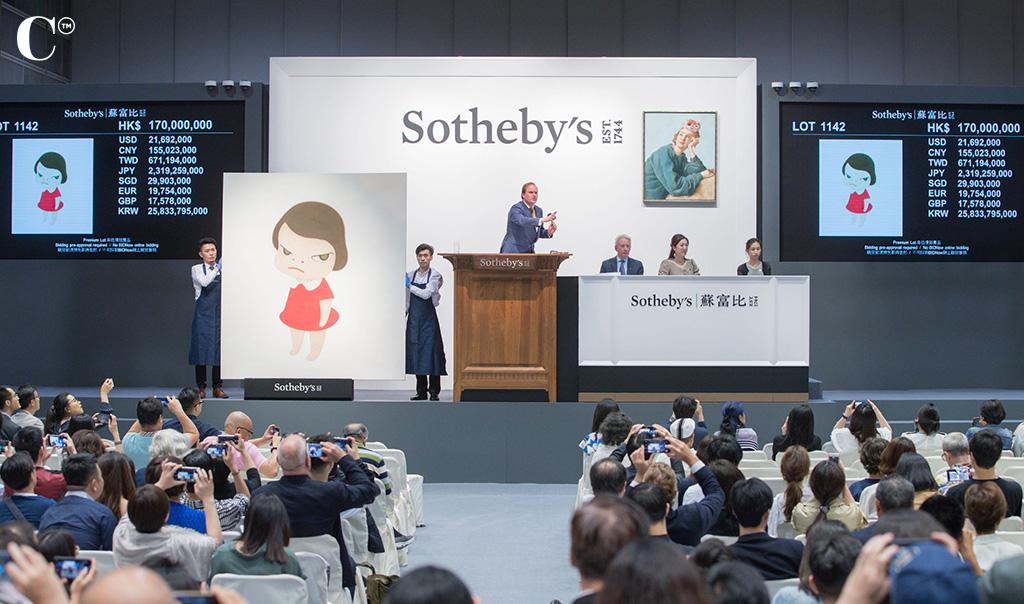 Sotheby’s has been smashing records in recent weeks as some of his auction lots have gone for record sales. In one week in November alone, Sotheby’s sold over $1 billion, and the momentum keeps churning. Part of that success is owed to the sale of the coveted Macklowe Collection, a world class collection sold as part of a contentious divorce. Only half of that collection has been sold so far; the other half will take the block in 2022.

Other highly-anticipated auctions are up next. At Sotheby’s Paris, a private collection of Lalique Creations will be up for sale soon. Forbes writes, “Lalique (1860 – 1945) was known throughout the world for his glass creations, particularly his ornate Art Nouveau jewels. However, he also worked with horn, ivory, semi-precious stones, enamel, tortoiseshell, bronze, copper and other materials. These materials were seldom used in jewelry prior to Lalique. In several instances, these materials were mixed with more ‘noble’ materials such as diamonds and gold. His pendants, brooches and necklaces were to become the most representative examples of Art Nouveau jewelry, according to antique and jewelry specialists. Emile Gallé – the famous French glassmaker, ceramist and cabinetmaker – called Lalique ‘the inventor of modern jewelry.’”

The lot comes as a result of the death of Claude Henri Roger Sorbac at the age of 100. Sorbac came from a family of collectors and spent his time carefully curating his collection. The auction for these breathtaking pieces – including well-known pieces like Loving Swallows and Frogs – occurs December 17 at Sotheby’s Paris. 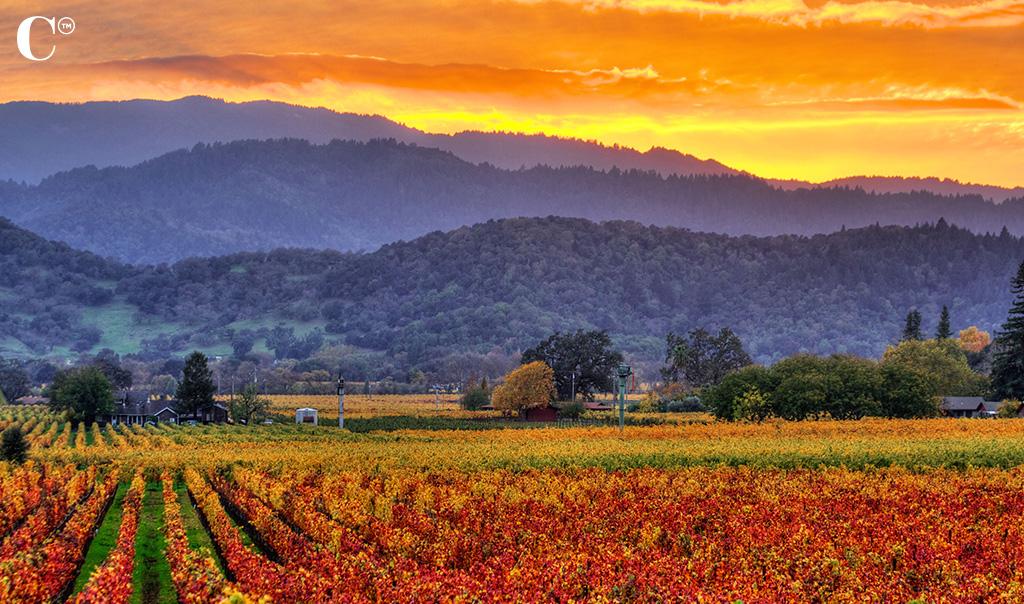 It starts with the Napa Valley Library Wine Auction in January 2022 and include auctions for Premiere Napa Valley in February and Collective Napa Valley throughout the year.

WineIndustryAdvisor writes, “In addition to hosting auctions, Sotheby’s will create additional opportunities for wine collectors to discover more of Napa Valley’s celebrated wines through interaction with the region’s renowned winemakers, many of whom hail from small, family-owned wineries that make up the majority of Napa Valley’s vintner community. In total, 95% of the wineries are family owned, and production is limited, with 65% of Napa Valley’s wineries making less than 5,000 cases a year.

Napa Valley is America’s foremost wine region and a leader in the global wine industry. International interest in Napa Valley wines has strengthened year on year, and though only 4% of California’s grape harvest comes from Napa Valley, the region accounts for 30% of the value of all California wine.”

As Sotheby’s closes out a record-breaking year, it’s fitting that one of their final big sales goes to Floyd and Taylor, whose heartbreaking stories have written so much of the headlines over the past year and a half.