Sotheby’s has announced plans to collaborate with Fai Khadra for it’s November auction. Ever an art enthusiast and collector, the 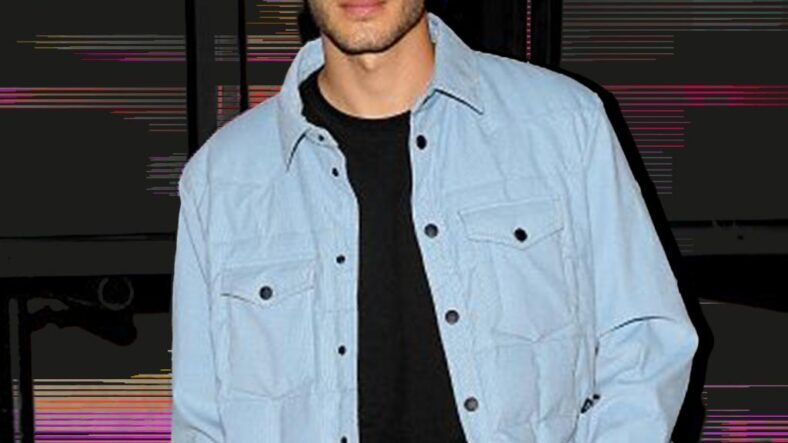 Khadra Has Friends in High Places and Loves Contemporary Art 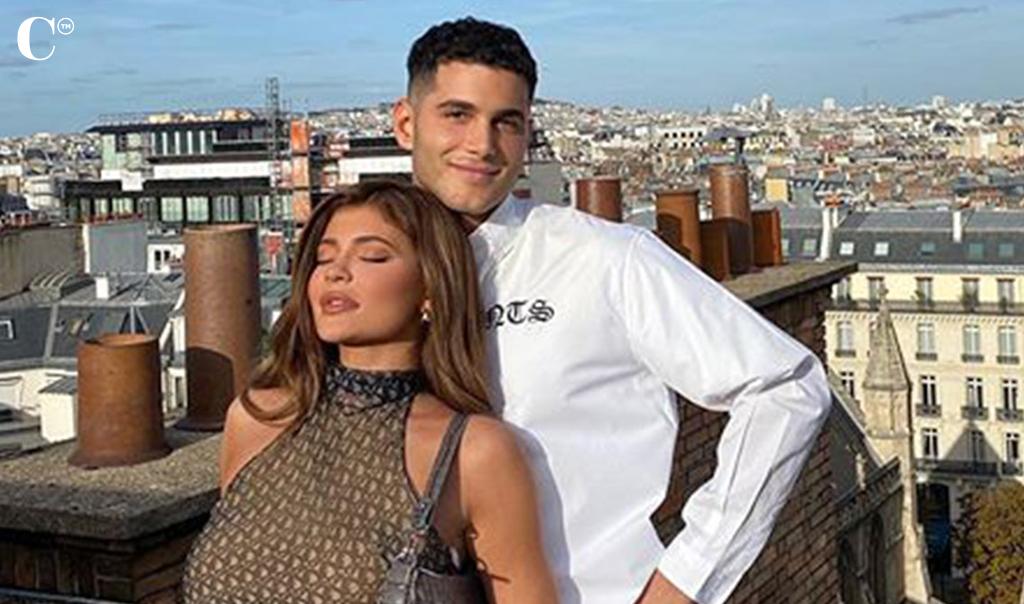 Social media star Khadra is an influencer, model, DJ, and art enthusiast who is also well-known for his close friendship with Gigi Hadid, and Kendall and Kylie Jenner. Although Kendall and Khadra have never dated, they are often pictured side-by-side. Khadra’s follower count may seem small time compared to the Jenners, but his Instagram boasts nearly 2 million followers and an impressive portfolio of work. Dual citizen US-Palestinian Khadra is 29 years old and is the brother of famed DJ duo Sama and Haya, better known as SIMIHAZE. Khadra has a degree in architecture and an eye for beauty.

Khadra is also an art enthusiast and collector, who speaks about his hope for spreading love and appreciation of the arts to the next generations.

When asked who his favorite artists are, Khadra finds it difficult to choose. Per Sotheby’s, “That’s like asking, what’s your favourite movie? It’s an impossible question. But I’m always drawn to artists who have broken or pushed boundaries in some way, who feel extremely new or brave in their practice. I’ve always admired contemporary artists like Joseph Beuys, Bruce Nauman, David Hammonds, Kara Walker and Shigeko Kubota – but you can’t forget about the masters like Picasso, Rembrandt, Monet, Da Vinci and Van Gogh. See why it’s an impossible question? They have all pushed us in new directions of thought. Thinking and seeing the world, they were not always accepted at first but that is what being radical means.” 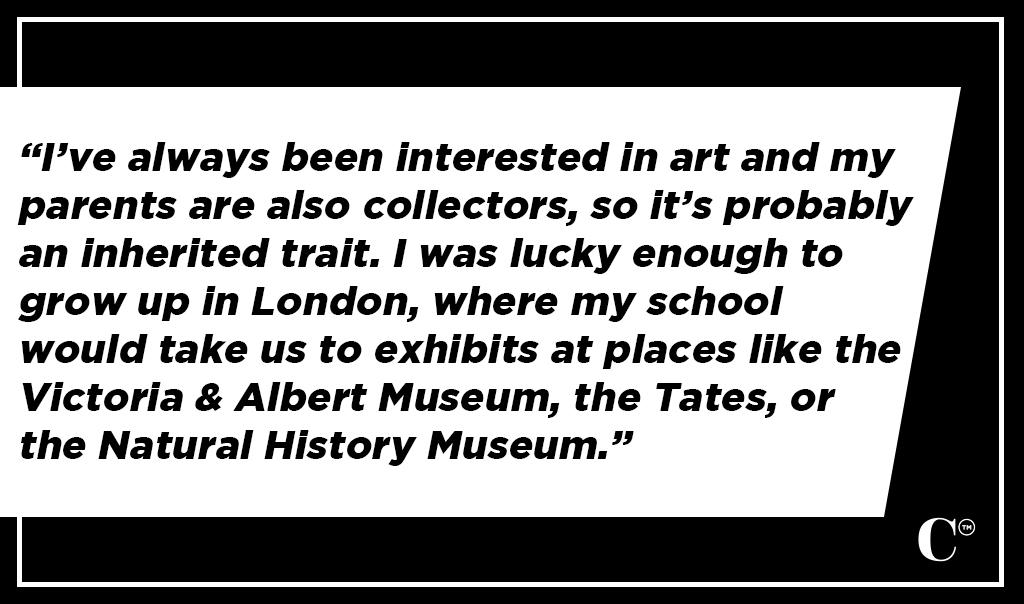 Having found a love for art at a young age, Khadra believes exposure to art is foundational to growth. ArabNews shares, “‘My love for art is something that came into my life at an early age,’ Khadra said in a released statement. ‘Having traveled and lived in different countries, I’ve been exposed to a multitude of artists, genres, mediums, you name it: from Islamic art to traditional Western art and finally contemporary art, which, for me, encompasses all the universes into one. I have always admired artworks and artists that challenge boundaries or provoke strong feelings. Artists that push me to reconsider the world it reflects or engages with, and I hope these pieces will similarly speak to all those who stand in front of them.’”

When speaking with Sotheby’s, Khadra elaborated, “I’ve always been interested in art and my parents are also collectors, so it’s probably an inherited trait. I was lucky enough to grow up in London, where my school would take us to exhibits at places like the Victoria & Albert Museum, the Tates, or the Natural History Museum. I think that’s what’s beautiful about growing up in a city like London: there is so much art and culture happening around you constantly that you are able to come face to face with it from a young age.” 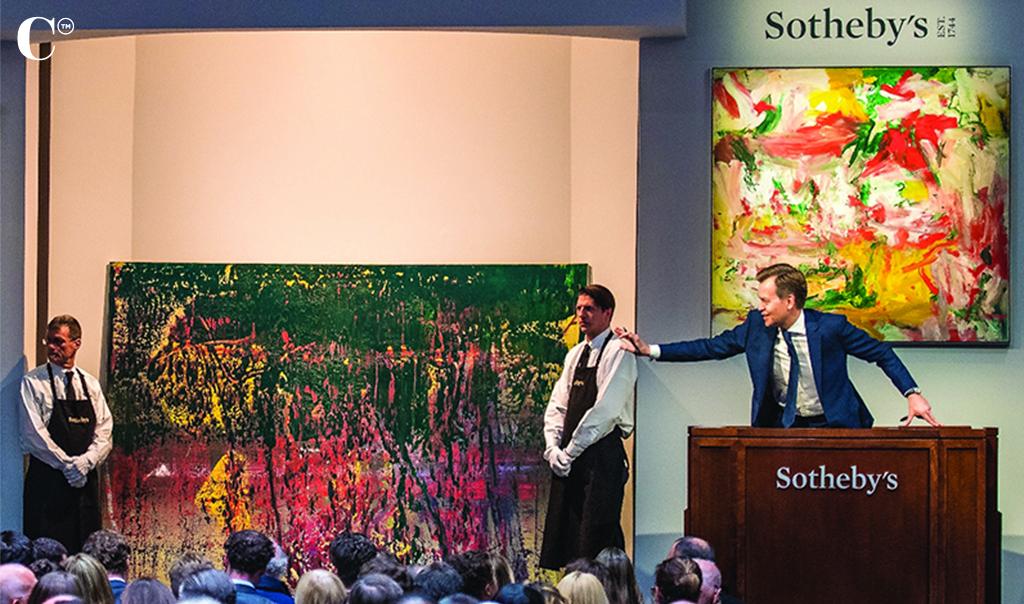 With Sotheby’s November auction themed, “Contemporary Curated,” Khadra was the obvious person to tap for a collab. According to an interview with Sotheby’s, Khadra wants to use this opportunity to further his goal of reaching new generations. “I think that it’s both important and exciting to engage a younger audience with collecting contemporary art; it’s a field that can feel so impenetrable, so entirely unattainable, to so many people. I’d love to be able to open the door a little bit to a new generation for whom it has felt exclusive and invite them to personally interact with the pieces.”

Sotheby’s says of the auction, “Sotheby’s is delighted to present the November edition of Contemporary Curated in London, this season guest curated by Fai Khadra, creative director, multi-disciplinary artist, model and collector. The sale brings together a diverse range of Post-War and Contemporary artists from the most established to the emerging generation and includes works by highly sought after artists such as Tim Noble and Sue Webster, Jorg Immendorf, Louise Bourgeois, George Condo, Leon Polk Smith as well as fantastic examples of works by Gerhard Richter and Robert Longo.“

The auction will run online from November 17-24.