Star-Spotting: Celebrities Live It Up for Super Bowl Weekend

Unless someone’s been living under a rock, everyone knows that this past weekend was Super Bowl weekend. From the big 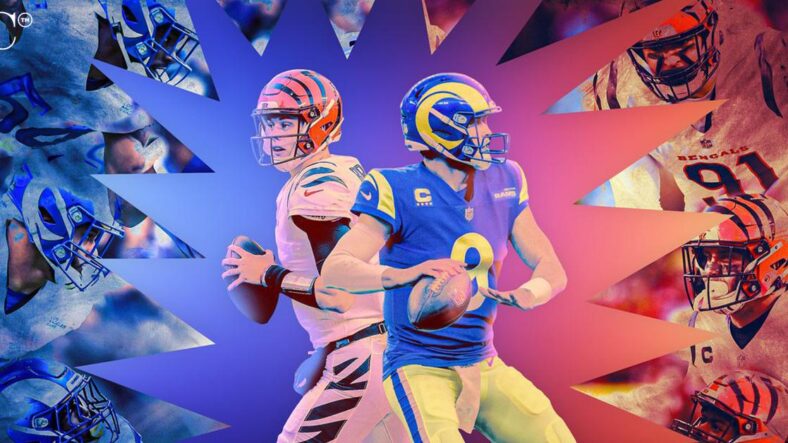 Unless someone’s been living under a rock, everyone knows that this past weekend was Super Bowl weekend. From the big game itself to commercials, the half-time show and more, it was all about coming together to celebrate football’s greatest rivalries and championships.

Celebrities – like the rest of us – can’t seem to get enough of the electric atmosphere of the Super Bowl, so they were out and about this weekend in droves. Love and violence battled for headlines this weekend as things got a little dicey in Los Angeles, and a feud between two superstars continued. Here’s what celebrities were up to for Super Bowl weekend.

Half-time Blast from the Past 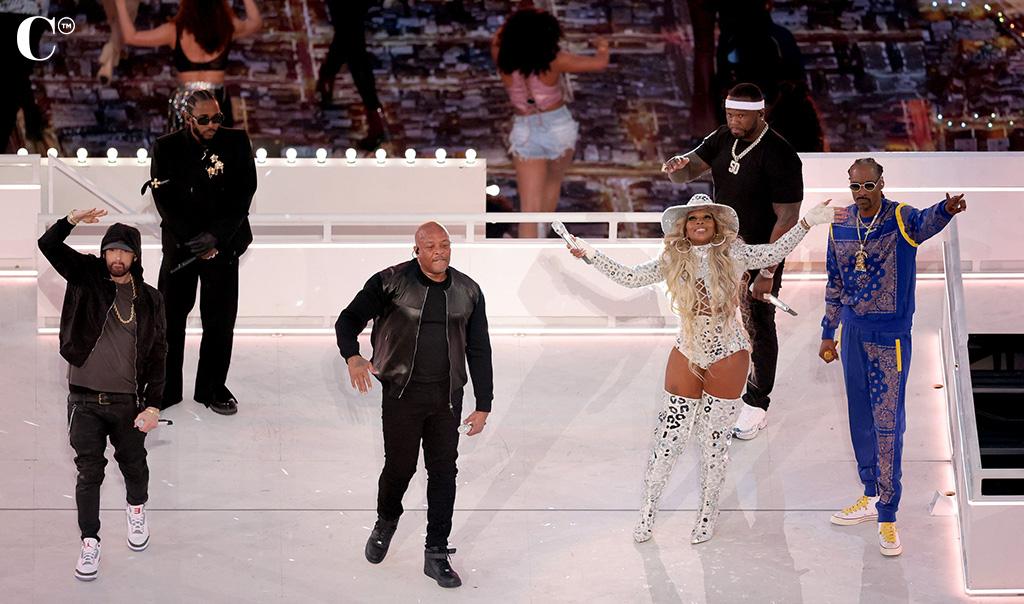 You can’t talk about Super Bowl weekend without talking about the real reason most of us watch: the half-time show. This year’s half-time show promised to be a showstopper for the ages, bringing together some of the biggest names in ’90’s hip-hop (plus a superstar from today) to remind us of our roots.

On Sunday, Eminem, Dr. Dre, Snoop Dogg, Mary J Blige, Kendrick Lamar – and, surprise! – 50 Cent took the stage to bring the ’90’s back and they succeeded. Produced by Jay-Z‘s JRoc Nation the performance saw the artists greeted with roars from a pumped audience as Snoop kicked things off in a blue track suit, clearly having not missed a single step since 2000. The set was a modern room pod concept and would have been chaotic if it wasn’t exactly what hip-hop does best: a huge spectacle of dancing and coordination.

As Snoop and Dre performed on the roof of the room pods, audiences at home raved. 50 Cent then dropped into the show – literally, hanging upside-down beneath Dre and Snoop to drop, “In Da Club,” as a surprise performance.

Mary J Blige was next, looking radiant in a silver sequined body suit and thigh-high boots. Blige’s flawless soulful croon provided a smooth transition to Kendrick Lamar, performing in the midst of a group of Dre Day dancers who offered a marching band-style flow. As a younger performer, Lamar faced some criticism that he didn’t fit in with the ’90’s legends, but those critics were put to rest as he led into the next star – Eminem.

Rising to the stage in true M style, the Detroit rapper brought one of his biggest hits – “Lose Yourself” – to the show. At the end, Eminem took a knee – a strong visual and nod to former pro player Colin Kaepernick who called the NFL out for racism and stood for racial justice, losing his career in the process.

Although certainly some people didn’t enjoy the show – for the most part, it was received by accolades and joy. A nod to a simpler time, a time when the East Coast/West Coast rivalry was the biggest news. Overall, it’s being referred to as, “the greatest half-time show ever;” but, then again – that happens almost every year. 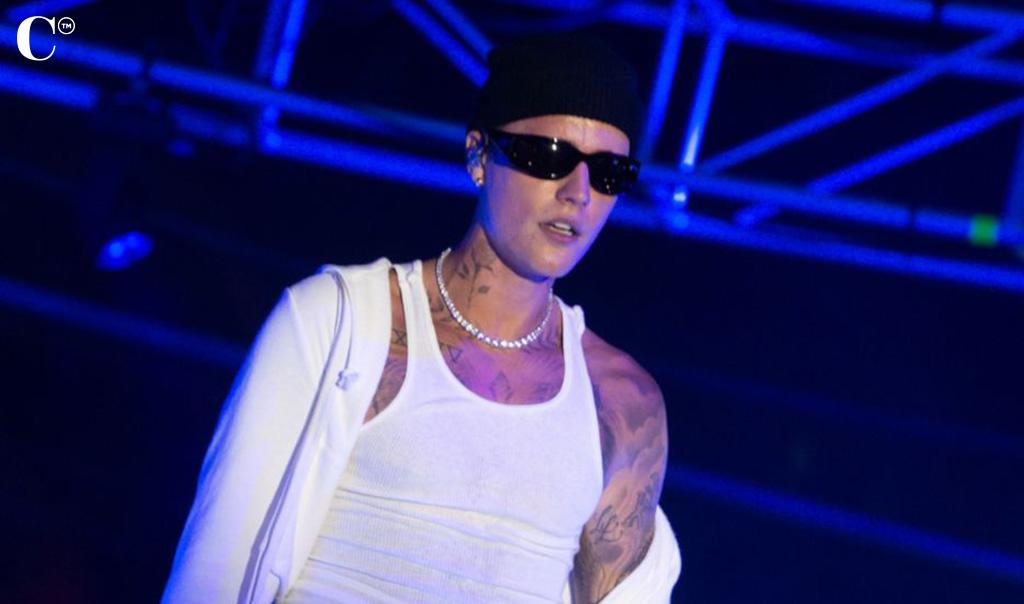 Just before 3AM, shooting erupted at the club – and four people were injured, including Black whose real name is Bill Kapri. In all, police say 10 shots were fired. An investigation into the incident is ongoing. All four victims are expected to recover, but it was a stain on an otherwise positive weekend.

Love at the Big Game 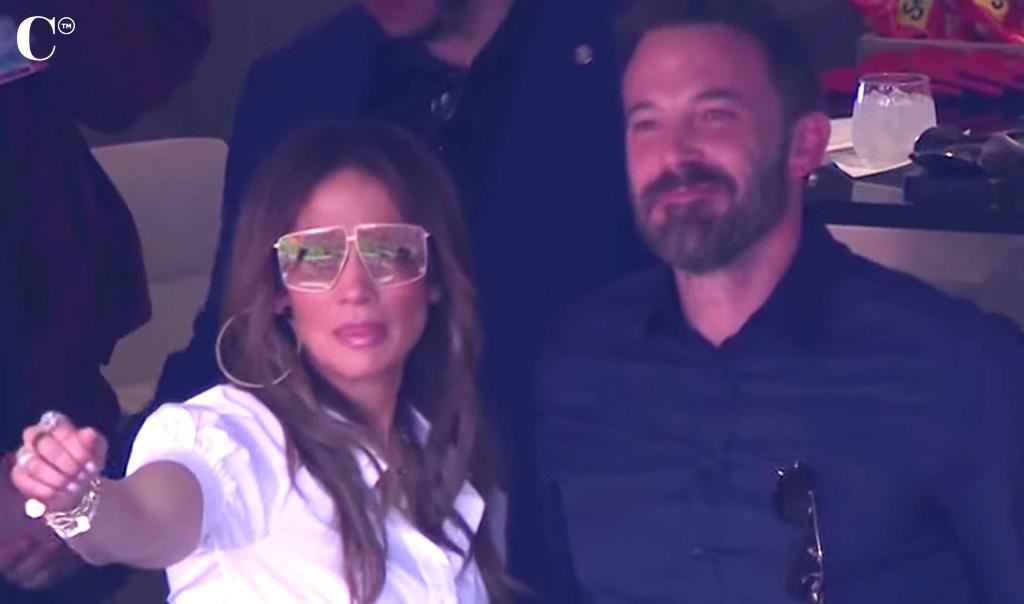 Luckily, Bieber’s after-party drama was really the low point of the weekend and from there it was mostly good things – we’ll get to the “mostly” in a minute. As is appropriate for Valentine’s weekend, love of all kinds was in the air at the Super Bowl. Here are some of the celeb love highlights from the big game that you should know as we mark Valentine’s Day:

Of course, it wasn’t all love this weekend. Now for that, “mostly” we mentioned earlier. The ongoing feud between Ye – formerly known as Kanye West – and estranged wife and soon-to-be-ex Kim Kardashian has been public and messy. Ye has insisted that he will win Kardashian back even as he publicly dates another woman, taking pot-shots at Kardashian’s new flame, Pete Davidson.

On social media, Ye continued taking verbal stabs at Davidson, even going so far as to make a mock superhero vs supervillain poster of the pair. Ye’s behavior was so erratic that at one point he posted a picture of himself holding up a sign that his account had not been hacked. However, as Ye does from time to time – he has wiped his account several times, so his erratic behavior exists only in screenshots now.

Early Monday, Ye shared on Instagram, “THANK YOU GUYS FOR YOUR SUPPORT OF MY FAMILY MY FAMILY MEANS MORE TO ME THAN ANY OTHER ACCOMPLISHMENT IN LIFE IF ANYONE LOVES ME AND MY FAMILY IF YOU SEE SKETE IN REAL LIFE SCREAM AT YHE LOOSER AT THE TOP OF YOUR LUNGS AND SAY KIMYE FOREVER.”

Ye was seen at the Super Bowl with the former couple’s children, looking bored – and getting booed.

All of the drama does not seem to have deterred Kardashian from enjoying her new relationship, although it might be forcing her to make some questionable fashion choices. In their first public outing since admitting to being a couple, Kardashian and Davidson enjoyed an early Valentine’s Day dinner in NYC at Lilia in Brooklyn.

But what was Kardashian wearing? Your guess is as good as ours – it looked part faux fur rug, part disco ball – the same coat she wore before performing on SNL.

Regardless of feelings about Kardashian’s fashion – it’s clear feelings between the new couple are good and they may be going places together. Ye can fight all he wants – and he sure seems determined to – but Kardashian has moved on.

Join us next Monday for another look back at the exciting and sometimes confusing lives of celebrities with Star-Spotting.