Star-Spotting: From Tummies to Throwbacks, Celebs Have Been Busy

Celebrities: they do everything that we do, but it’s far more interesting. From head-to-toe denim to some washboard abs, celebrities

Celebrities: they do everything that we do, but it’s far more interesting. From head-to-toe denim to some washboard abs, celebrities brought their A-game this weekend. CELEB takes a look at what some of our favorite celebrities got up to over the weekend: the good, the bad, and the weird. From Ye and his new girlfriend to Lea Michele finally unveiling the face of her baby – here’s what happened in celebrity land.

Denim Throwbacks – What Year is it? 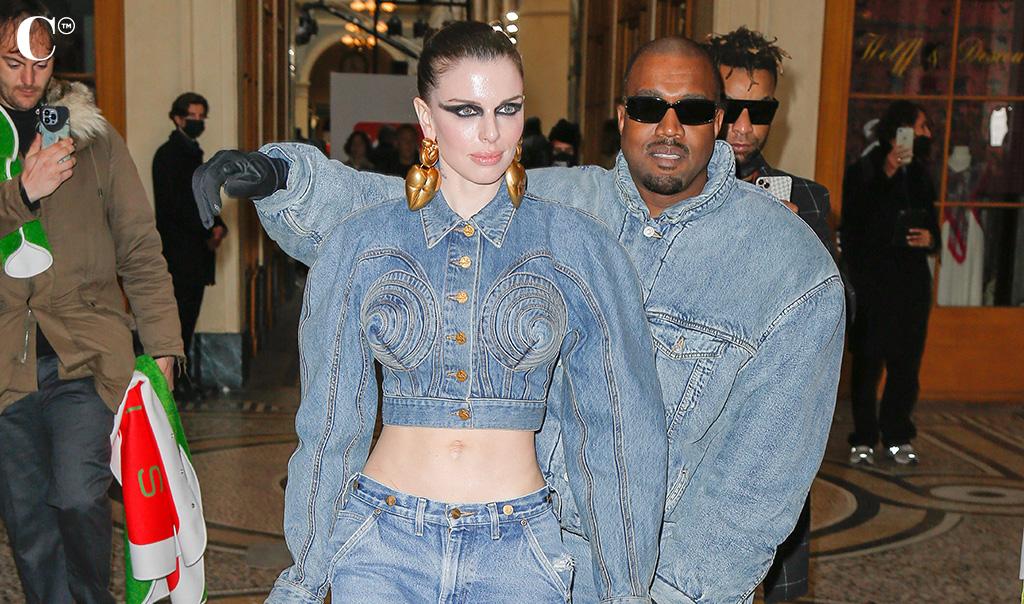 The internet says that Britney and Justin walked so Ye and Julia could run. What are they talking about? Well – denim. Lots of denim. Over the weekend, Ye (the artist formerly known as Kanye West) and his official new girlfriend Julia Fox stepped out wearing some questionable fashion. The pair appeared on the red carpet together for the first time at Paris Fashion Week. They attended the Kenzo show for Fall/Winter 2022/2023, looking like they rolled in field of denim. Ye glowered for cameras in a full denim suit with black gloves. Fox looked fierce with some ’80’s level futuristic black eyeliner and a cropped denim top – with denim jeans, of course. Ye opted for some big black – are those rainboots? – While Fox wore, what else, denim boots. The whole look reminds us of 2001 Britney Spears and Justin Timberlake who famously walked a red carpet in a denim dress and suit, respectively. The weirdest part of all may have been the denim cone attachments on the front of Fox’s jacket – and that weird choice would make another appearance over the weekend.

Maybe Fox just really likes Madonna because the cone chest appeared again as she and Ye gave fans another glimpse of creative fashion at Paris Fashion Week. Fox wore a leather jacket outfit with cone bra overlay, more heavy ’80’s eyeliner, all in head-to-toe black. And Ye? Well, he looked a bit like a motorcycle rider in head-to-toe black leather. The rain boots – ? – made another appearance, and this time it looked like Ye was channeling Oogie Boogie’s evil brother from The Nightmare Before Christmas. Over his face, Ye wore a black face covering with angry-looking eye slits. The rapper was probably giving his signature glower and smolder, but it was impossible to tell – part gimp mask, part pandemic fashion accessory – it was definitely a choice. Despite Ye’s interesting choice, it was again Fox who had people scratching their heads. This time though, the cone bra look took a back seat – it was her massive gold earrings that inspired wonder. How her earlobes aren’t stretched beyond their limits is beyond us.

Honestly, these two seem to share a love for fashion – and they’re both clearly unafraid to go for it. To that we say, “rock on!”

It’s the heart of Winter everywhere but celebrity land. This weekend, several celebrities showed off their tummies and slim physiques even as the rest of us shiver in our homes with the hand of cold still pressing down. Here are some of our favorite glimpses of tummy from the weekend: 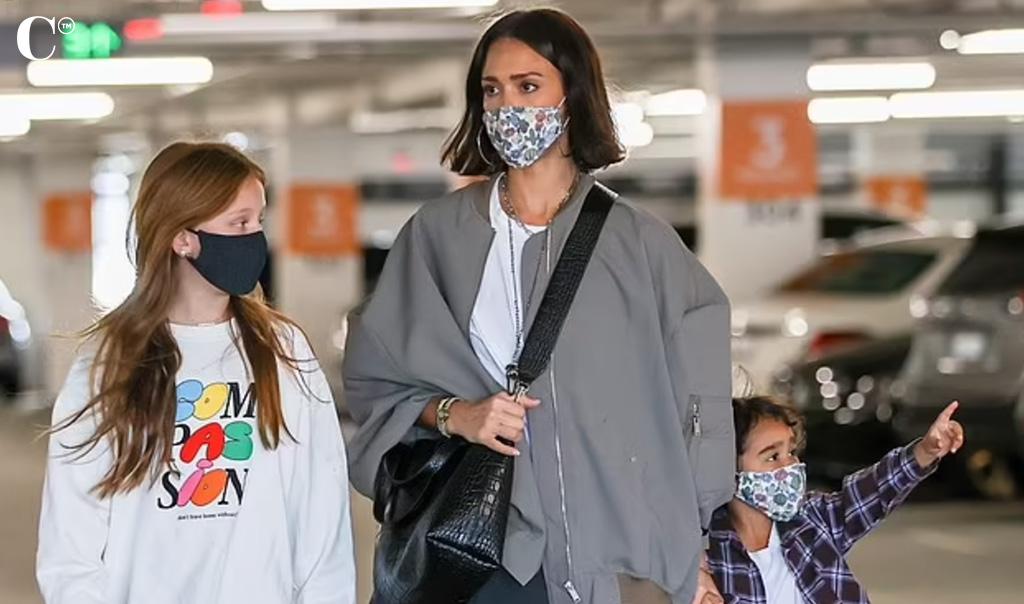 Stars were up to a lot more than making us reconsider that third donut this weekend, though. Some stars were out and about engaging in their hardest job ever – being moms.

The world has been clamoring for a look at actress Lea Michele’s baby ever since she gave birth in 2020. Now, we’ve finally gotten a look at 17-month-old Ever. Previously, Michele has only given us glimpses from the side or back, and the new image was shared to celebrate husband Zandy Reich’s 39th birthday. However, since then – the image has been removed. Cold feet? A mistake? Hard to say. But Michele has been weathering a public firestorm ever since allegations came out from former Glee co-stars that Michele was racist and a bully – for which she has apologized.

Another mom was seen out and about this weekend with a little less drama. Jessica Alba looked cute and comfy in a gray jacket and blue slacks as she went shopping at Eately over the weekend. Along with the 40-year-old actress was 10-year-old daughter Haven and four-year-old son Hayes.

It’s hard enough shopping with kids when you’re not famous, so every time a celebrity heads out with their kids to brave the normal trials of childhood and the paparazzi – we’re reminded that they’re superstars.

Join us next Monday for another look back at some of the most interesting star sightings from the weekend with Star-Spotting.