Three months after being fired from Vanderpump Rules, Stassi Schroeder is opening up about everything. On the Tamron Hall Show, 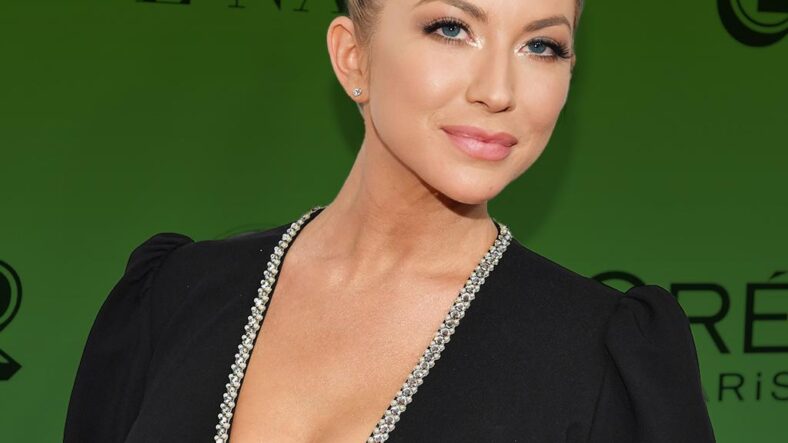 Three months after being fired from Vanderpump Rules, Stassi Schroeder is opening up about everything.

On the Tamron Hall Show, Schroeder discusses Faith Stowers, a “Nazi Chic,” comment, and her time on Vanderpump Rules, plus more.Tamron Hall holds her accountable for some of the statements she’s made, and Schroeder tries to explain her side of things.

Schroeder Wants to Understand Before Speaking

When speaking with Hall, Schroeder opened up about her feelings following the end of her time on Vanderpump Rules, Us Weekly shares, “‘I needed to time to process my feelings. I needed time to process what happened and I feel like one of the most frustrating parts when this all went down was that people expected me to just understand everything immediately and things like that take time,’ the 32-year-old reality TV personality began.

‘And I felt like it would be better for me to take the time to get a greater understanding of everything and the issues before I opened my mouth again.’”

Schroeder continued, “I am someone who messed up quite a few times. I am the reason why I am in this situation. And I think a lot of people wanted me to focus on cancel culture and whether I was a victim or not, and it’s not how I feel at all.”

Schroeder Battles Image as a Racist As Incidents and Remarks Resurface

“[People thinking I’m racist] has been the hardest part of all this. Just going out to a restaurant and going to grocery store and wondering if that’s what people think. … I don’t have hate in my heart. But I recognize that I wasn’t anti-racist. That’s something I’ve been learning throughout all of this.”

Back in June, Schroeder faced accusations of racism after she and Kristen Doute reported Faith Stowers to the police. Stowers was innocent of the crime she was accused of.

Schroeder has a history of making racist comments, and Hall held her accountable for that, asking why she wants to speak out about her wrongdoings. Schroeder is expecting a baby with her fiance Beau Clark. A desire to be a better person for her daughter is what Schroeder claims is at the heart of her efforts to improve herself.

The former Vanderpump Rules star told Hall, “I want to be a better person. I’m pregnant and I want my daughter to be proud of me. And I want to be part of the solution. I’ve been a part of the problem for years now. And I recognize that and that’s why I say, I don’t feel like I’m a victim of cancel culture. People want me to be mad at it and I’m not. I needed it. I needed that.

[Speaking about race to a child is] something I asked my coach about all the time and how best to talk to a child about this. Because, like I mentioned earlier, when I was learning about everything, I think the weeks that we focused on Black history, a light went off in my head.

“Just learning about everything for a couple weeks straight all at once just made me, I had never thought about the oppression that Black people face in that way. There was just so much that I didn’t understand. And again, it’s my fault that I didn’t educate myself.”

Schroeder Talks About Incident with Stowers

While discussing the event with Schroeder, Us Weekly shares the reality star’s words; “Kristen knew [people] who were texting her and said, ‘There’s this girl who has stolen from us and we think it’s this person in the article and she saying she’s on your television show and her name is Faith.

“And when you’re on a show like Vanderpump Rules, your existence on that show is kind of dependent on sticking your nose in other people’s conflict or creating conflict that might be woven into a story line. And not to say, this is completely my fault because I was absolutely wrong, but it wasn’t just a photo that we saw. There were other reasons why we had thought that.

Another incident that Hall addressed with Schroeder was an Instagram post made by the Vanderpump Rules star. In a post of herself, Rachel O’Brien and Doute, Schroeder titles her own fashion, “Nazi chic.” Immediately fans decried the post, and Schroeder removed it and re-titled it more appropriately.

When pressed by Hall, Schroeder explains, “It was poor joke among me and my friends, and it was so wrong. I have spent my life as a privileged person and it is my fault. I have to say this, that I had not educated myself before. It’s absolutely my fault that I didn’t know better. The issue is, I did not know better. I was so used to making jokes at other people’s expense. …‘Nazi Chic’ was a joke because I look like that in the outfit that I was wearing and that was about me.”

How Schroeder Found Out She Was Fired

Schroeder told Hall, “I got a call from my producer and my lawyer that morning. I understand why I didn’t have a chance to explain myself, I’ve messed up a lot.”

Hall asked if Schroeder had plans to return to reality TV, and Schroeder responded, “No, that ship has sailed. And my life feels very different right now. I think when something like this happens and you get pregnant on top of it, you take inventory of your life and you think what is going to be the best for my future child, and I think getting drunk and starting conflict and misbehaving on a reality show isn’t my journey anymore.”

Us Weekly shares, “Hall asked about the lack of diversity on the Bravo series, noting that several Real Housewives franchises have faced similar backlash. ‘We definitely noticed, and on our show [it’s] something that’s been made aware to us. I can’t help who works at the restaurant, though,’ Schroeder said.

When asked whether the network is adding more diversity due to the scandal, she wasn’t sure. ‘I don’t know that it’s necessarily because of what I’m going through. I think it’s just time, honestly,’ she said.”

The Former Vanderpump Rules Star is Working With a Coach

In order to facilitate self growth and work on her myopic view of racism, Schroeder has opted to begin working with a coach who she found online; “I wanted to have a safe space to ask questions. And talk about these things. I didn’t want to just talk to my friends about them. It’s on Zoom and we meet once a weekend. I have homework and we have discussions and all of that.”

Back in June, Schroeder issued an apology via Instagram, saying, “Racially insensitive comments from my past have resurfaced. It is important that I continue to take accountability for what I have said and done, while pushing myself to do better. I have grown significantly from the person I was then, and I am still filled with remorse and regret for the hurt I caused. I am grateful for the people in my life that continue to check me and push me to evolve into a more educated person.

I also want to address my former castmate Faith Stowers. My emotions over something that happened between our friends outweighed my logic, and there is no excuse for that. I did not recognize then the serious ramifications that could have transpired because of my actions. What I did to Faith was wrong. I apologize and I do not expect forgiveness. I am also sorry to anyone else that feels disappointed in me. I am going to continue to look closer at myself and my actions – to take the time to listen, to learn, and to take accountability for my own privilege.”

Schroeder is Working On Herself, But Has a Long Way to Go

While Hall continued to press Schroeder about her comments, the 32-year-old seemed to be putting in the work to make herself better. While there’s no excuse for the comments and actions she’s made in the past, she seems to want to genuinely improve herself. But saying the right words isn’t enough; Schroeder will have to put in the work over time to prove that she can be anti-racist. The former Vanderpump Rules star has certainly had a wake-up call with her firing. Maybe with a baby on the way, she will remain committed to these improvements.