It must have felt like the biggest letdown ever. In 2020, the Las Vegas Raiders had their brand new, beautiful

It must have felt like the biggest letdown ever. In 2020, the Las Vegas Raiders had their brand new, beautiful stadium: Allegiant. But because of the pandemic, they couldn’t welcome fans to the stands to cheer them on. So when the team hit the gridiron Monday to a packed stadium, it felt like the welcome they have long been denied. DJ Steve Aoki and famed ringside announcer Bruce Buffer were there to kick things off as the Raiders claimed their new home turf with a win against the Baltimore Ravens.

Aoki and Buffer Kick Off the Night 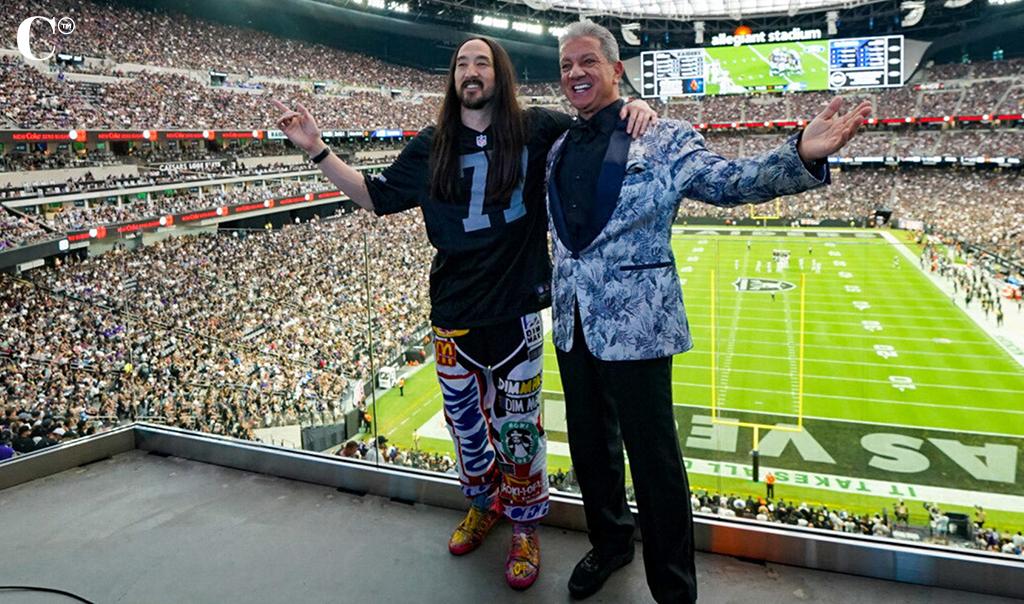 It was a surreal moment for fans and players alike as they stood in the packed stadium that was mostly closed through 2020. So in a way that only Vegas can, they decided to make it a party. Aoki, who is a 2x Grammy nominee, joined UFC announcer Buffer to get the night started.

Over 17M people tuned in on ESPN to watch the party/game, and Aoki kicked things off – pun intended – with his 50KI single, “It’s Time.” On the books, the song is the official Raiders’ home game anthem. Off the books, it’s the perfect song to energize the audience for the huge night. The original song features Aoki and fellow DJ Laidback Luke duking it out against the backdrop of Buffer’s announcing. With an electric swooping melody and a beat that sounds like an army marching off to battle, it was exactly the right hype for the moment.

Buffer grabbed his mic, Aoki manned the deck, and the pair helped the Raiders make history. Halftime performers included Ice Cube and Too $hort. Aoki spent some time with Ice Cube and Lil Jon, looking thrilled at the entire experience. 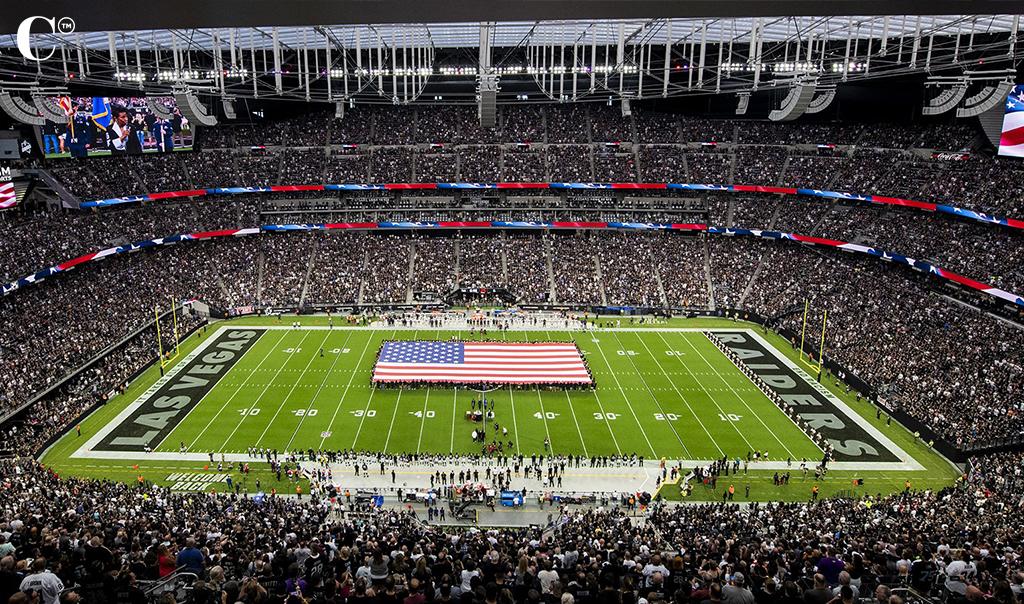 It was the perfect night for the Raiders too, who finally got to hear the cheers of their beloved fans as they fought to win. Heading into half-time Raiders were trailing 14-10. At the close of the first quarter, it seemed like the Vegas team was just starting to find its rhythm. Like a juggernaut slowly building up steam, the Raiders’ not-quite-lackluster start roared into a 33-27 overtime win over the Baltimore Ravens.

The win was in part due to quarterback Derek Carr, “who threw for the third-most yards in a Monday Night Football game ever with 435.” Although the Ravens kept pulling ahead, the Raiders almost immediately answered and re-tied the game, three times in the second half before taking the game in overtime.

The Raiders’ offense was on point through the game. Although the defense kept the pressure on Ravens quarterback Lamar Jackson, forcing two fumbles, the night was carried by Carr and the Raiders’ impressive receivers. The Raiders look good this year, and with Allegiant to call home, they’re serious contenders. 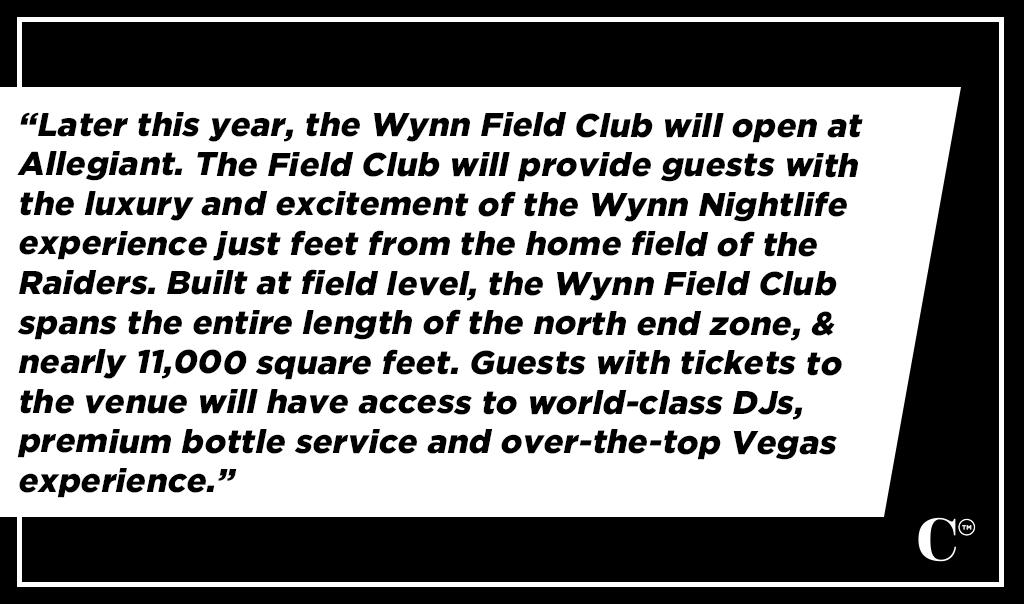 Allegiant has been officially open for business for months now, but with the Raiders in action it’s serving its original purpose more than ever. However, Allegiant isn’t only for sports.

Over the summer, the stadium welcomed Garth Brooks and Illenium, and announced plans to bring the Wynn Field Club to special fans. CELEB explored this new club when the announcement was made in May; “Later this year, the Wynn Field Club will open at Allegiant. The Field Club will provide guests with the luxury and excitement of the Wynn Nightlife experience just feet from the home field of the Raiders. Built at field level, the Wynn Field Club spans the entire length of the north end zone, and nearly 11,000 square feet. Guests with tickets to the venue will have access to world-class DJs, premium bottle service and over-the-top Vegas experience.”

On top of the impressive music events earlier this year, Allegiant is welcoming one of the rock world’s greatest bands in November. The Rolling Stones will perform November 6th. To purchase tickets, visit the Allegiant website.

This week’s Monday Night Football was about more than the start of the season at Allegiant; it was about the Raiders saying, “this is our home, and we’re here to win.” Aoki was the perfect artist to spin them into their first win in front of a full audience at their brand new home field.