While words like Blockchain and NFT are still a mystery to many, a new collaboration is bringing them more into 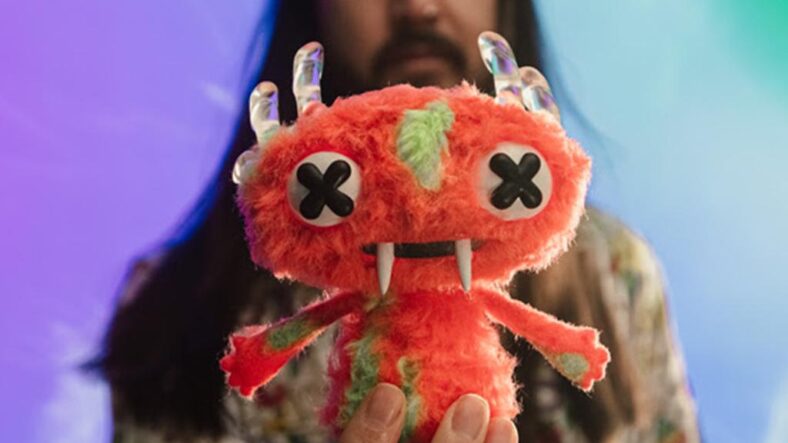 While words like Blockchain and NFT are still a mystery to many, a new collaboration is bringing them more into the vernacular. Grammy-nominated DJ and NFT creator Steve Aoki is teaming up with Seth Green‘s Stoopid Buddy Stoodios for a new project. Dominion X will be an episodic series that airs on Nifty Gateway. 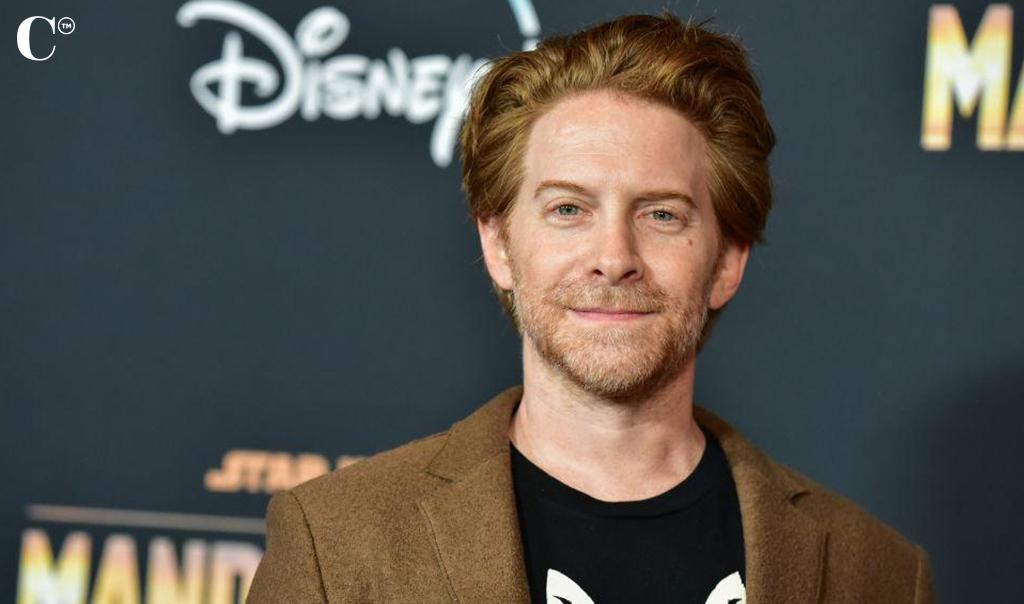 Dominion X is based on a character called Character X. Character X first appeared in Aoki’s debut NFT “Dream Catcher,” created with Antonti Tudisco. Dominion X is a 21st-century animated short appearing as an episodic series on Nifty Gateway, the exclusive NFT marketplace owned by cryptocurrency exchange Gemini’s Cameron and Tyler Winklevoss. Green’s Stoopid Buddy Stoodios painstakingly filmed the shorts using stop animation, and the series will be set against the backdrop of an original music score created by Aoki.

It’s unclear exactly how the details will shake down, but the team has announced that using revolutionary interactive NFTs designed with assistance from Ether Cards, fans will be offered a once-in-a-lifetime chance to own a piece of the show, both physical and digital, before it premieres on television or streaming.

Dominion X‘s debut episode titled “Level 1” will be available for purchase on blockchain for a limited time, along with a series of exclusive vignettes. This allows fans a proprietary involvement never before seen, giving them an in on the process of a brand new IP. The Dominion X team shares, “Thanks to a partnership with Ether Cards, each individual NFT will have a built-in layer of functionality that will reveal itself in the weeks and months after the sale. This added layer of utility will allow collectors to be rewarded with both NFTs and physical pieces used in the making of the show.

By minting these shorts on the blockchain first, Steve Aoki and Stoopid Buddy Stoodios are allowing the public to own a piece of the show, both digitally and physically, before it airs anywhere else. Moreover, the episode and eventually the full series will live on the blockchain forever, guaranteeing the public’s ability to view it regardless of distribution and exclusivity rights seen in traditional TV and streaming formats.”

It’s a truly revolutionary way of connecting fans with the new series, putting them right in the middle of the process of the creation and growth. The painstaking artistry of Dominion X‘s stop-animation will be brought to life under the direction of Eric Towner, who worked on Marvel’s M.O.D.O.K. 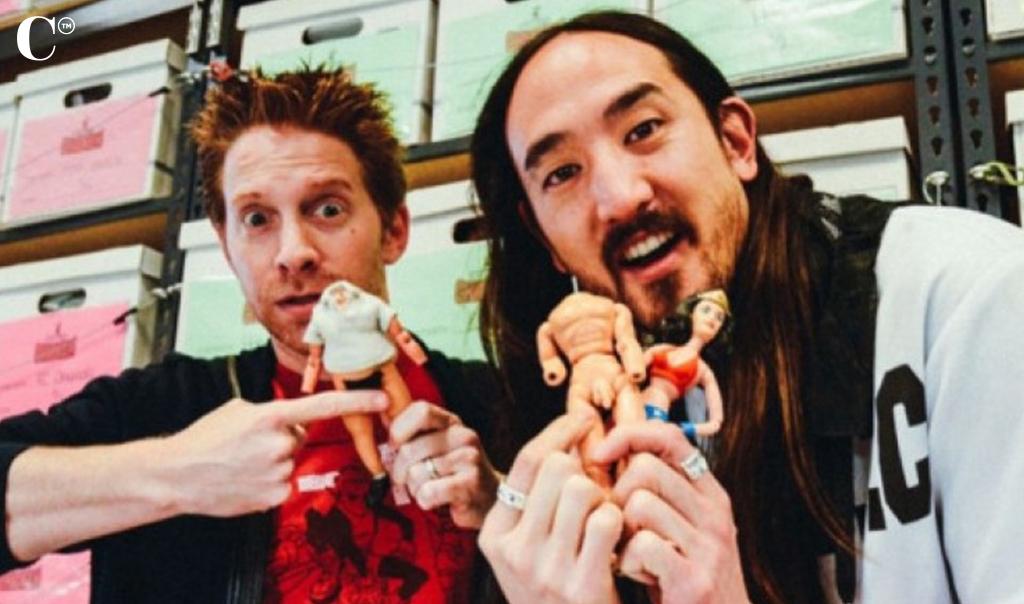 Both Aoki and Green are masters at the peak of their career. Back in March, Aoki sold an NFT art collection for $4.2m, which included an $888,888 sale to John Legere, the former boss of T-Mobile in the US. Aoki has been named the highest-grossing dance artist in the US, and has collaborated with artists such as will.i.am, Afrojack, LMFAO, Linkin Park, Iggy Azalea, Lil Jon, blink-182, Laidback Luke, BTS, Monsta X, Louis Tomlinson, Backstreet Boys, Rise Against, Vini Vici, Lauren Jauregui, and Fall Out Boy.

Green is perhaps best known for his roles on the hit Austin Powers movie series or adult cartoon series Family Guy, but Green is also the mind behind the hit stop-animation series Robot Chicken. Robot Chicken was just nominated for a 2021 Emmy for Outstanding Short Form Animated Program.

Deadline shares, “‘I first met Seth and the team at Stoopid Buddy Stoodios when I was invited to do a cameo on Robot Chicken back in 2015,’ Aoki said. ‘Ever since then we’ve been trying to find another chance to work together. The idea of launching the first ever ‘TV’ series on the blockchain really excited me. We realized that through NFT’s we can combine the traditional stop-motion animation that Stoopid Buddy Stoodios is known for with innovative fan driven concepts that I’m passionate about: collectibles, community building and gaming. And I love the fact that we’ve been able to bring Character X, a creature that literally personifies me, to life in a completely new world with new characters & new adventures.’

‘Collaborating with an artist like Steve Aoki guarantees you’ll make something unique, accessible, and out of this world,’ added Green. ‘We love pushing the boundaries of entertainment through technology and are beyond excited to bring this experience to an audience.’” 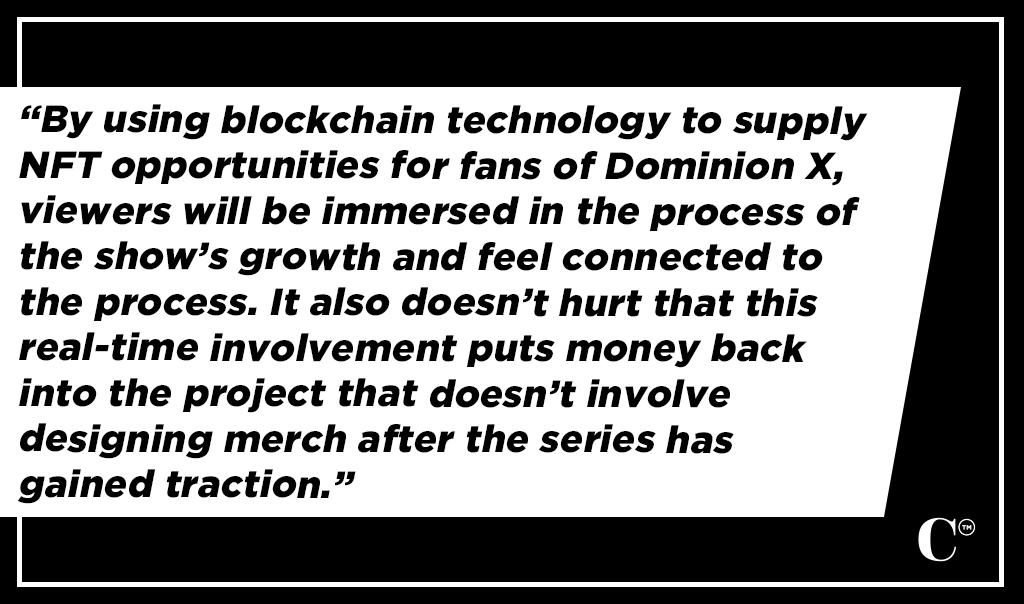 While they’re becoming more mainstream, it’s possible that the terms are still a little frustrating to read if you’re not 100% yet on what they are. To give a short summary:

By using blockchain technology to supply NFT opportunities for fans of Dominion X, viewers will be immersed in the process of the show’s growth and feel connected to the process. It also doesn’t hurt that this real-time involvement puts money back into the project that doesn’t involve designing merch after the series has gained traction. This real-time involvement requires more speculative purchasing from buyers, but with names like Aoki and Green on the project, they can be guaranteed a certain level of quality.