It’s official, you guys, filming for Season 4 of Stranger Things is officially under way. Yep, after being put on

It’s official, you guys, filming for Season 4 of Stranger Things is officially under way. Yep, after being put on hold due to the coronavirus pandemic, production has kicked off again, and according to the show’s producer, the break made the show even better!

“I’ll just say the pandemic definitely massively delayed shooting and therefore the launch of our current Season 4, date still TBD. But it impacted very positively by allowing the Duffer brothers, for the first time ever, to write the entire season before we shoot it and to have time to rewrite in a way that they rarely had before so the quality of these screenplays are exceptional, maybe better than ever,” Shawn Levy told Collider.

Wow, this is the best news ever! But wait, what do we know so far about the upcoming season? Is the entire cast returning for it or are some of the stars leaving? Is Hopper going to be in Season 4? Has anyone new been cast? What’s going to go down? And is this the last season or will there be more after this? Not to worry, you guys, because we rounded up all the details that are out there so far! Here’s everything we know about Stranger Things Season 4…

When Did Filming For Season 4 Resume?

On October 1, 2020, fans went into a frenzy after photos of the cast on set in Atlanta, GA, hit the web. Yep, in pictures obtained by JustJaredJr, Natalia Dyer, Gaten Matarazzo and Sadie Sink were all photographed filming some scenes for Season 4.

On the same day, the official Stranger Things Twitter account shared a behind-the-scenes snap from on set, confirming that production was back under way! They captioned it, “Meanwhile in the Upside Down…” and naturally, it made us even more excited.

meanwhile in the upside down… pic.twitter.com/BtPlMjy0pS

For those who forgot, the third season ended with a major shock — Hopper sacrificed himself and was seemingly killed after Will’s mom, Joyce, closed the gate to the Upside Down once and for all. Eleven, who was living with him before his tragic death, decided to go live with the Byers — and in an emotional finale, they moved away from Hawkins, Indiana.

But the final scene of Season 3 left fans wondering — wait, is Hopper really alive? Right at the end, the show cut to a mysterious Russian jail, where the soldiers announced that they were holding an unnamed American hostage, and everyone was quick to assume that they were talking about Hopper. Then, on February 14, 2020, Netflix dropped the first official teaser for Season 4, and everyone was so happy to see that Hopper was alive and well after all! Yay!

The actor behind the character — David Harbour — also previously confirmed that he thought it was not the end of his character.

“At the end in this post-credits scene, there’s this thing and it’s, ‘The American,’ and I thought, ‘Oh, clearly I’m The American,’” he told Forbes before the trailer came out.

He also explained to  LA Times, “One way it could be viewed is he has to die to make it up to [his daughter] Sara and see her in the afterlife. The other view is that because of this newfound relationship with Eleven, he needs to shed his skin, make a sacrifice that allows his character to re-emerge. He was finally able to really take a bullet for a child, which he had never been able to do because Sara died of cancer. I think there’s a perfection to it. Now whether or not there’s some sort of second-act resurrection would be very interesting to me, clearly, for obvious reasons. The fact that I desperately love the show and desperately love the character … but that remains to be seen. He would certainly have to emerge a different individual.”

What’s Season 4 Going To Be About? 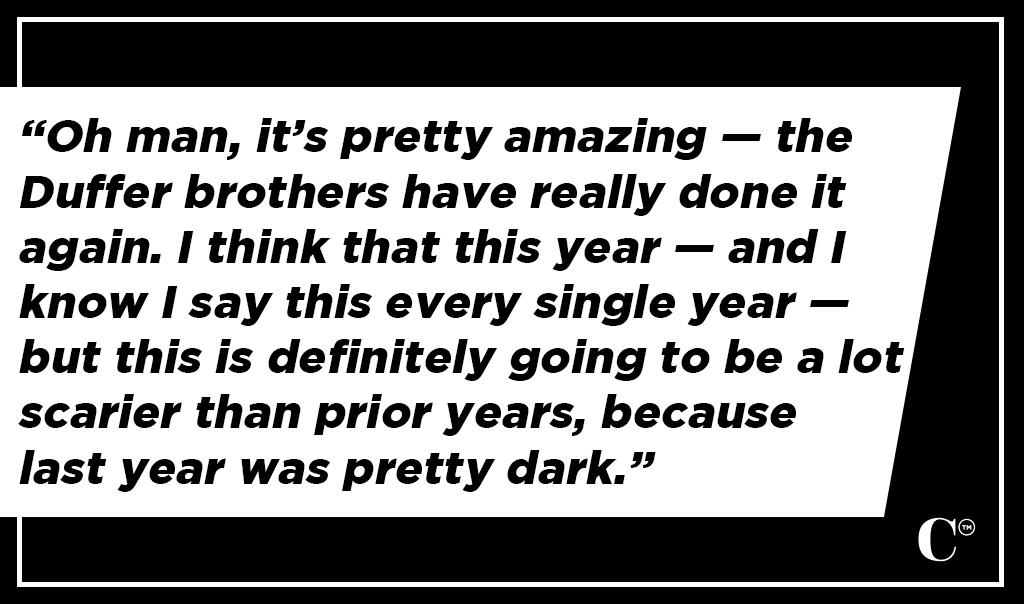 The directors of the show, Matt and Ross Duffer, told Entertainment Weekly that Season 4 is “going to open up a little bit… not necessarily in terms of scale, in terms of special effects, but open up in terms of allowing plot lines into areas outside of Hawkins.”

Joe Keery also revealed that this season will be “a lot scarier” than the previous ones.

“Oh man, it’s pretty amazing — the Duffer brothers have really done it again. I think that this year — and I know I say this every single year — but this is definitely going to be a lot scarier than prior years, because last year was pretty dark,” he dished to Total Film Magazine.

And get this, you guys — you might want to prepare to learn some major new info on Hopper!

“So I know specifically that in Season 4 we will give you a big, huge reveal about Hopper’s backstory, which we haven’t really told you about,” Harbour revealed. “I’m so excited about revealing this aspect of the character. It’s one of the things that I’ve known since the first frame of the first shot, and we haven’t expressed it yet. And finally we’re gonna express it in a big way. It’s my favorite thing about him that you guys don’t know about him yet, but it has to do with these backstories of New York, Vietnam, and dad. And I’m really excited for you guys to know more about that. And it relates, of course, to things he’s doing with Eleven and Joyce and things like that.”

The actor also told Deadline, “We know that Hopper is the American in that Russian prison. To me, what happens in this season … it’s very epic and very big in a Stranger Things way. There’s monsters, there’s horrors, there’s scares, there’s great Indiana Jones-type action. But also we get to see some of Hopper’s really deep backstory that we hinted at with the boxes in Season 2. Each season we get to see a different side of him, and last season it was sort of wacky. I loved playing that, [but] now I think he’s painted in a bit of a darker palette, and he’s able to express these really deep things about him that we haven’t really known yet. It’s been hinted at, but we don’t really know.”

Is The Entire Cast Returning For Season 4? 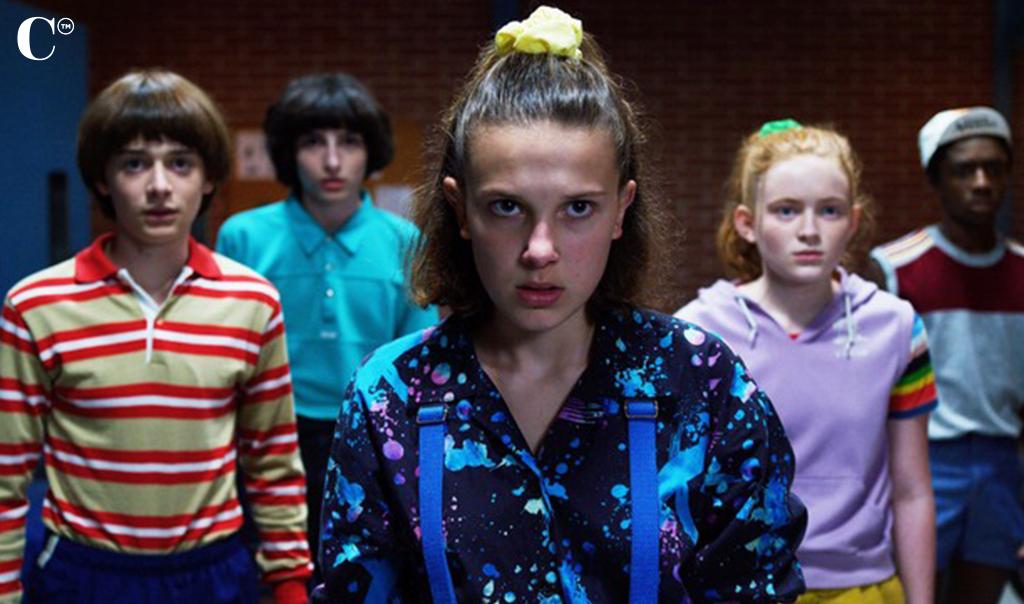 When Is The Next Season Coming Out?

The official release date isn’t out just yet, but Harbour explained on his Instagram Stories that Season 4 was “supposed to come out early next year,” but due to the coronavirus outbreak, it has been “pushed back.” We hope they announce something soon!

Is This The Final Season Of ‘Stranger Things?’ 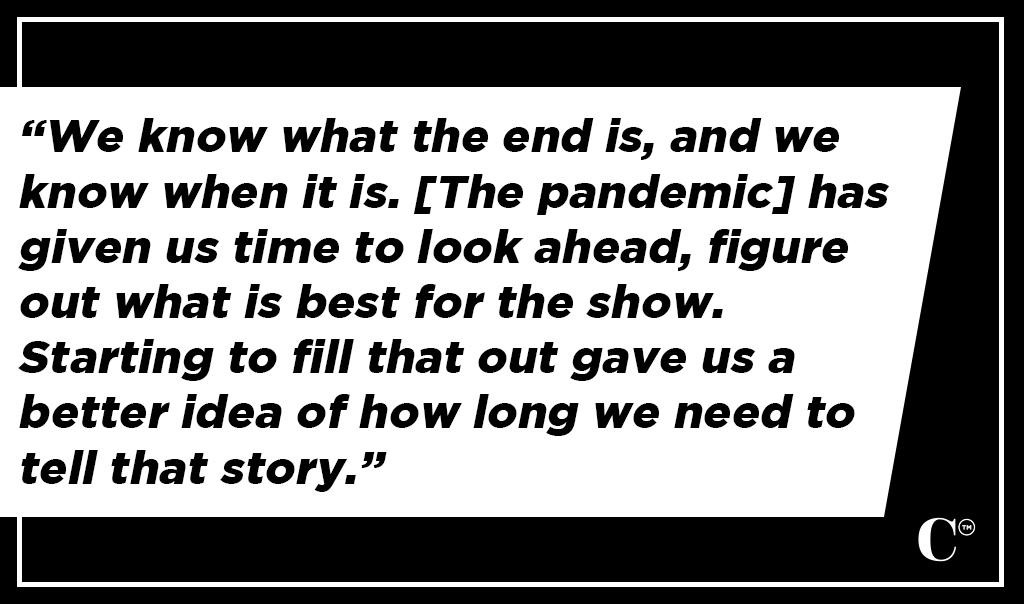 We have some good news, people! The Duffer brothers have already confirmed that no, this will not be the final season of Stranger Things.

“We know what the end is, and we know when it is. [The pandemic] has given us time to look ahead, figure out what is best for the show. Starting to fill that out gave us a better idea of how long we need to tell that story,” they told The Hollywood Reporter. “For the first time, we have all the scripts written and we’re able to look at it as a whole piece and make adjustments.”