Teen Mom producers are being slammed after a controversial fired star was seen behind the camera again. Taylor Selfridge was 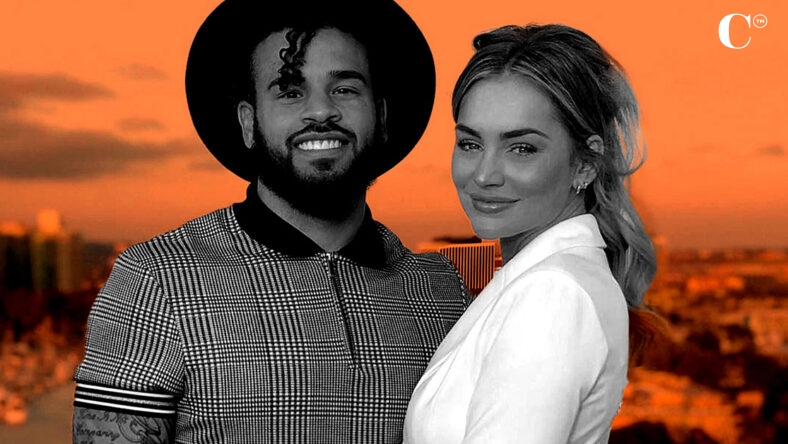 Teen Mom producers are being slammed after a controversial fired star was seen behind the camera again. Taylor Selfridge was fired from the show for distasteful tweets, and fans are furious now that she may be back.

The furor came after Selfridge’s baby dad Cory Wharton posted a video online that has fans thinking Selfridge is back, and they’re not happy.

What Are They Thinking?! Fans Blast Teen Mom Producers for Bringing Controversial Star Back

Fans are reacting online now that it would seem Selfridge is back on the show.

Selfridge’s baby dad, Wharton, shared a short reel on Instagram of himself, Selfridge, and their two kids sitting in a car with a film crew outside. He captioned the video, “Ooooo somebody is back filming. I’ll say this you’ll be getting the WHOLE WHARTON FAMILY NOW.”

Instagram account @teenmomchatter_ shared the still from Wharton’s reel with the caption, “taylorselfridge will join #CoryWharton in filming #teenmomthenextchapter Im glad that we will maybe see some of Maya’s journey #TeenMom.”

Fans weren’t shy in sharing their thoughts, with one writing, “She should NEVER be on the shiw..she showed her true colors.”

Another wrote, “What was the point in causing a big a– scene firing all these people if they were just going to bring them back? Lol bring back the security team too.”

A third fan said, “Mtv is using the baby as a story line wow” and the Instagram account replied, “she wouldn’t be the first child that MTV has exploited. however, at least with this storyline- it can bring awareness to her condition; Unlike Leah and Bentley who they’ve exploited with no gain.”

The Sun writes, “MTV fans slammed the network for seemingly rehiring her and Cory.

One wrote on Reddit: ‘All MTV and Corey cares about is money. Brining Taylor back= problematic + drama= high ratings which leads to money.’

Another posted: ‘After watching her spit on people on Ex On The Beach I’ll pass on watching anything that gives her screen time.’

A third added: ‘MTV tried SO hard to make Taylor happen and as soon as anyone cared abt her they were like ‘well she’s a problem’.”

But it’s not all hate.

At least one fan was excited to see them return, writing on Instagram, “Yay, I’m actually excited for this… one of their main stories is coparenting. It’s been hard to show that with Taylor not being able to film. That and we never get to see Ryder with Cory anymore. I hope they can give him his ‘being Cory’ special now. Cause I was high key sad they cancelled it.”

As a recap of why some fans are so upset that Selfridge is back on the show, you have to look back at why she was fired.

Selfridge was fired from the show in 2020 after an old tweet surfaced where she wrote, “We have to greet everyone at work but sometimes I won’t greet the black people because they scare me.”

But that’s not all.

She also wrote at one point, “My uncle is dating an Asian. Aunt Ping please make me sushi.”

Given that 2020 was the height of the start of the Black Lives Matter movement, MTV had no choice but to fire the controversy-stirring star and fans seemed relieved that they took firm action.

But now they appear to be walking that action back.

The next Teen Mom show is already filled with controversy. It’s hard to say whether the controversy will hinder or help ratings.