Briana DeJesus- Devoin Austin, Why Aren’t You Helping Your Daughter?

Teen Mom 2 star Briana DeJesus has had her share of drama with her baby daddies Devoin Austin (father of her oldest daughter, Nova) and Luis Hernandez (father of her youngest daughter, Stella). Recently, Devoin and Briana got into It on Instagram over money.

It’s All About The Benjamins!

Briana took to her Instagram story to repost a picture of Devoin saying “Hit my DM” while holding a stack of cash. The picture was captioned “I just saw Devoin showing a huge stack of money on his IS feed.” When sharing the picture, Briana wrote “U better start helping me with Nova if that’s the case!” 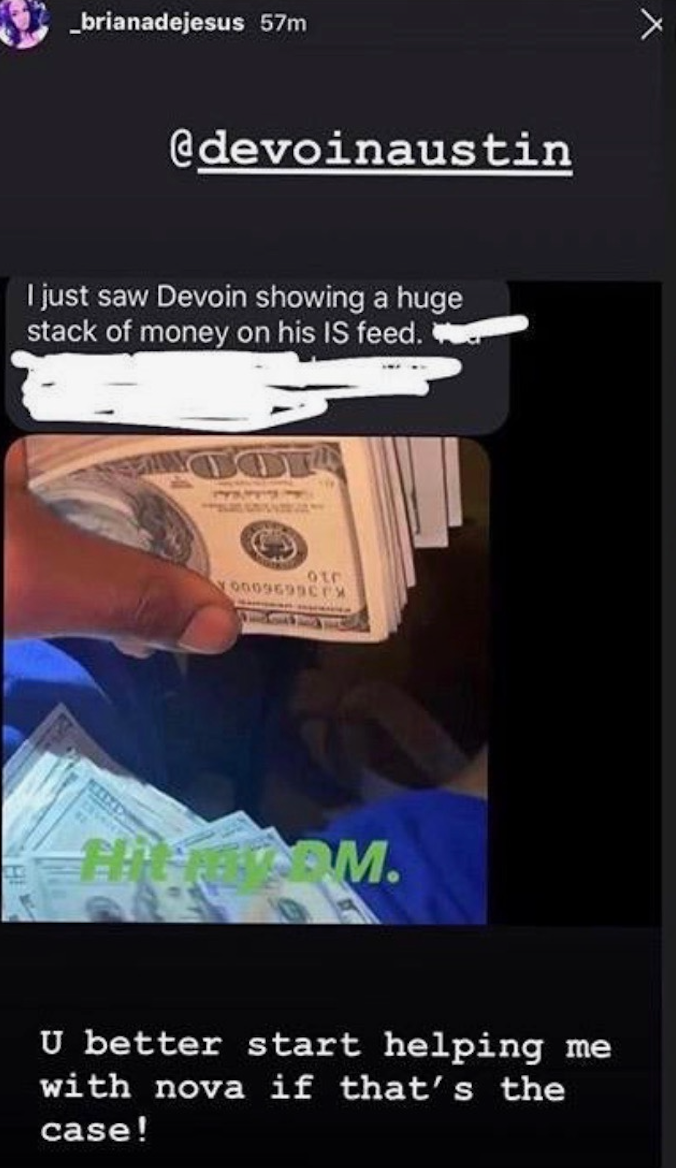 In response to Briana writing that, Devoin responded on his Instagram story, writing “You got stfu w this ‘start’ s*it. Wtf have I BEEN Lol. I know it’s teen mom season coming up. But chill out!!!” 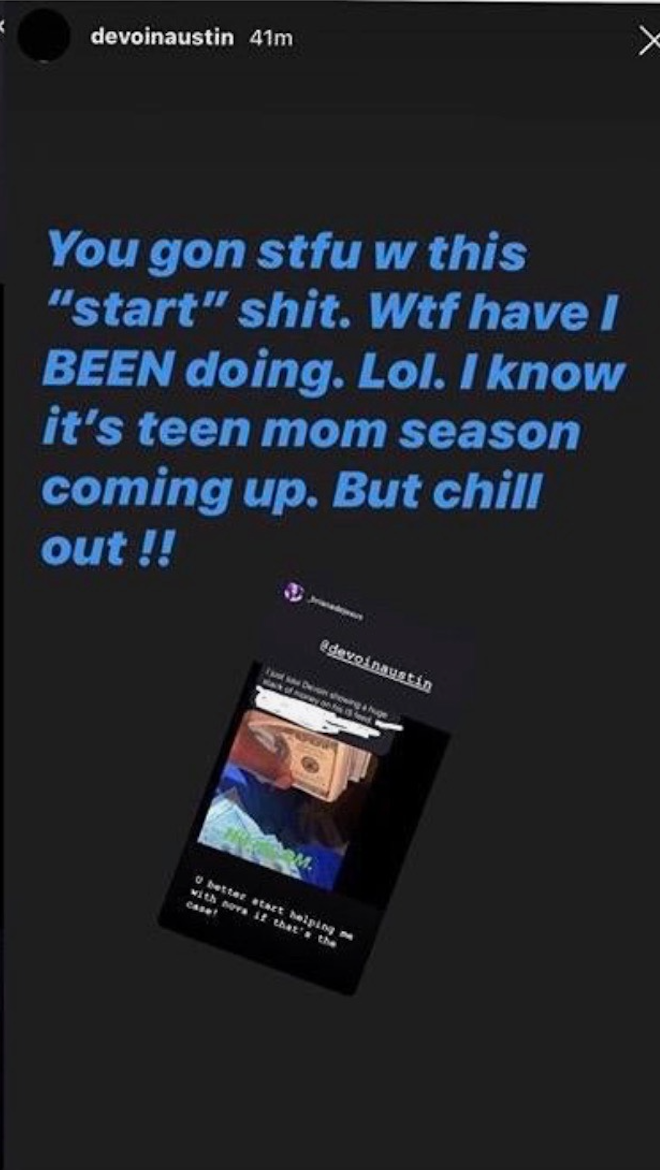 We spoke exclusively today to Briana to get her reaction to Devoin’s response to her, as well as to him flaunting money on Instagram.

“I would find it really obnoxious if anyone is flaunting wealth on social media when they’re not paying for things they should, but particularly when you’re not paying for your kids is when I’m going to take an issue,” Briana began with sharing.

“As those who have followed my story for years know, Devoin hasn’t always been the most involved parent in Nova’s life,” she continued. “With that being said, he does do small things, but I don’t personally feel like it’s enough. Recently, he has taken Nova to gymnastics and picked her up a few times. Obviously, after I left her alone with him and he was drunk (as you saw last season) it’s taken me some time to trust him with her… but that’s neither here nor there this time.”

So What Is This About, Then?

Briana explained that “Devoin likes to flaunt Gucci and was recently flaunting cash on his Instagram story. If you’re going to flaunt cash, then I’d assume you have money to pay for your child, correct? He’s given me a few bucks for Nova’s gymnastics classes- though he’s wanted to split it with me- and it’s like pulling teeth to get him to help with the bills- though he did send me $80 after I blasted him yesterday on Instagram.” 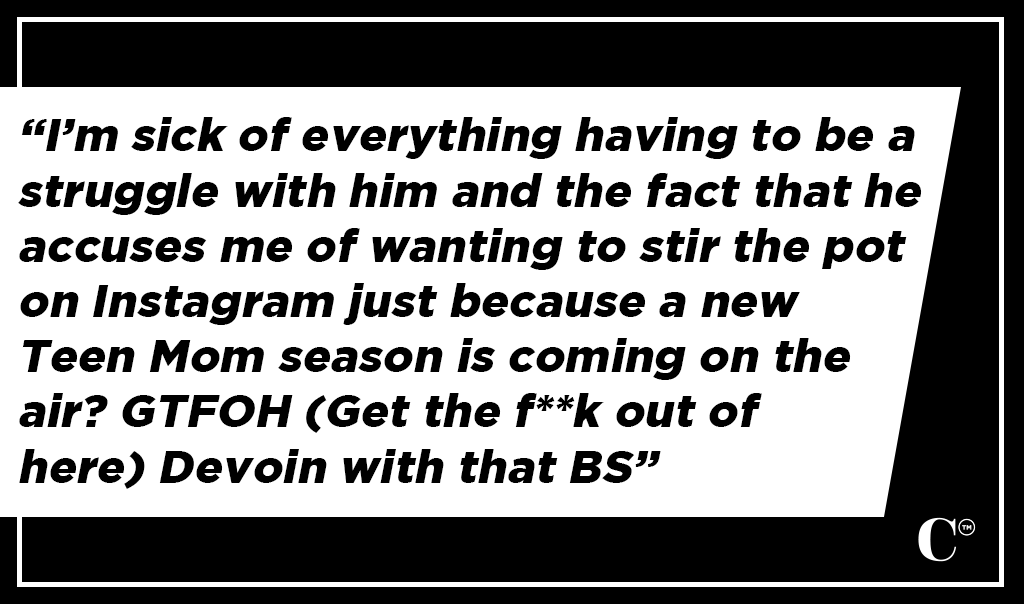 “I’m sick of everything having to be a struggle with him,” Briana added. “And the fact that he accuses me of wanting to stir the pot on Instagram just because a new Teen Mom season is coming on the air? GTFOH (Get the f**k out of here) Devoin with that BS. You know DAMN well you put on for the cameras trying to act like you’re father of the year when you’re around and we both know that’s not the case- even though I would like it to be.”

“No matter what, though,” Briana wrapped with saying, “I’ll never win. I will always be made to look like the bad guy and he’ll always say it’s my fault. Sadly, it is what it is at this point. While I keep hoping things will change, sadly the cycle continues.”