There is always drama in the world of Teen Mom. This past week, the trailer for the upcoming season of

There is always drama in the world of Teen Mom. This past week, the trailer for the upcoming season of Teen Mom 2 that will air starting next month was released. The trailer can be seen here:

While there were many shocking clips in the trailer, one of the most jaw-dropping was Briana DeJesus revealing that her ex, Luis Hernandez, had given her a sexually transmitted disease (STD). We spoke to DeJesus exclusively to find out, in her words, what went down, and what has transpired since. 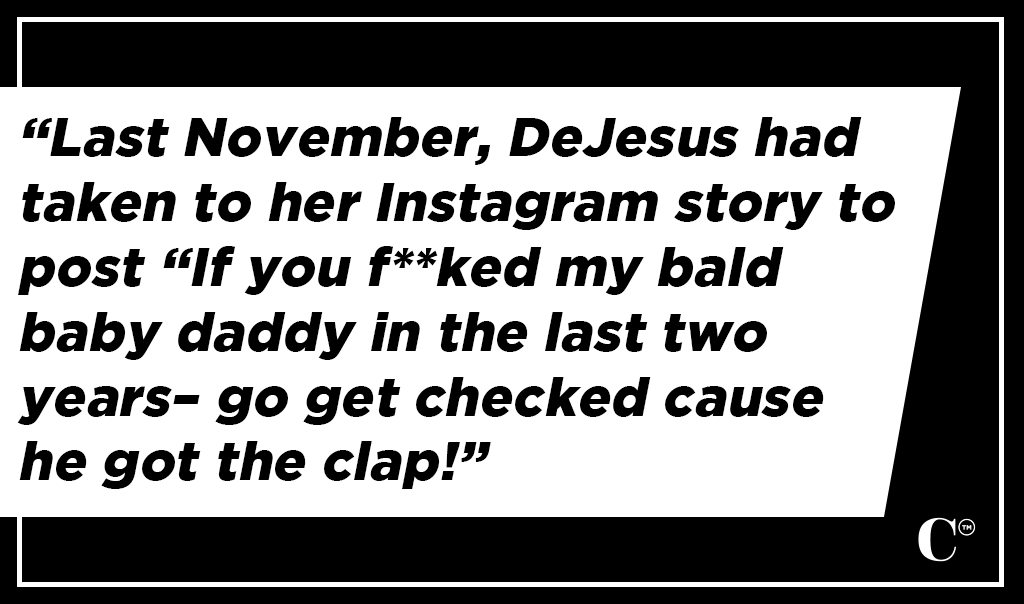 Last November, DeJesus had taken to her Instagram story to post “If you f**ked my bald baby daddy in the last two years– go get checked cause he got the clap!”

While DeJesus does have two children- Nova, who turns 9 in September, with baby daddy Devoin Austin, and Stella, who just turned 3 last month, with Hernandez- Hernandez is the only one of DeJesus’s baby-daddies who is bald, so it appears she was talking about him at the time.

Then, in a tweet DeJesus posted this year in May (that has since been deleted), she wrote “This season will be trash for me. I cannot take it. Ready for everything to be over with.”

“I’m praying it won’t even air but whatever,” DeJesus added in another tweet that has also been deleted since she posted it. “It’s out of my hands now anyway.” 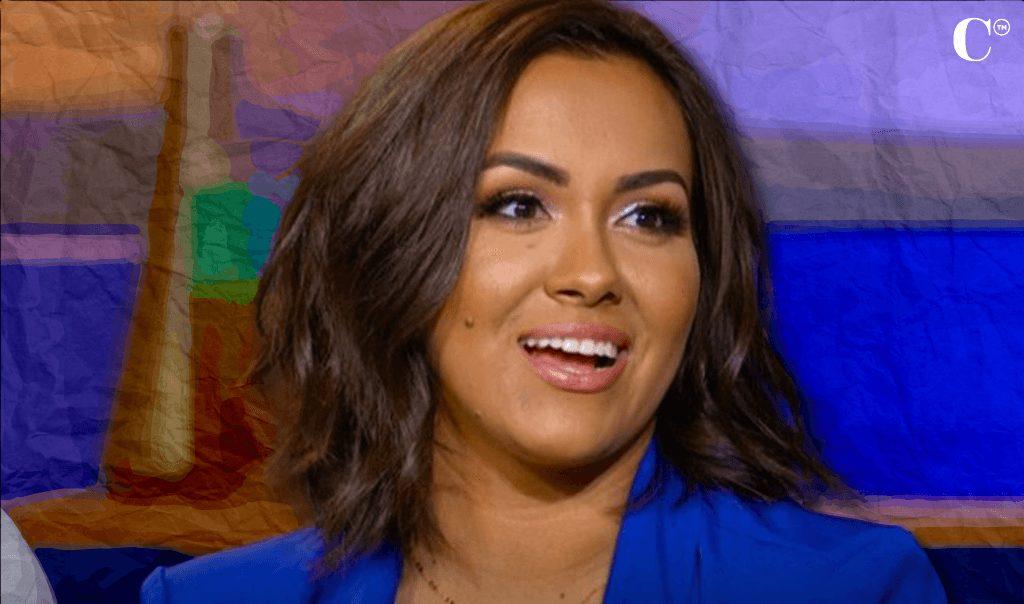 While fans were uncertain as to what she was referring to, The Ashley’s Reality Roundup revealed that It had to do with Hernandez and the STD.

So what did DeJesus have to share with us about what actually went on?

“Obviously, by now, my fans have seen the trailer where I confirm that Luis, my ex (and the father of my daughter, Stella) gave me an STD,” DeJesus began with sharing, not holding back at all.

“It should be noted this was a YEAR ago at this point,” DeJesus then stressed, ensuring that fans are understanding the timeline.

“With that being said,” DeJesus elaborated, “before you judge me- which I know you inevitably will- I wanted to at least explain myself and own up to the fact that yes, I made a mistake sleeping with him.” 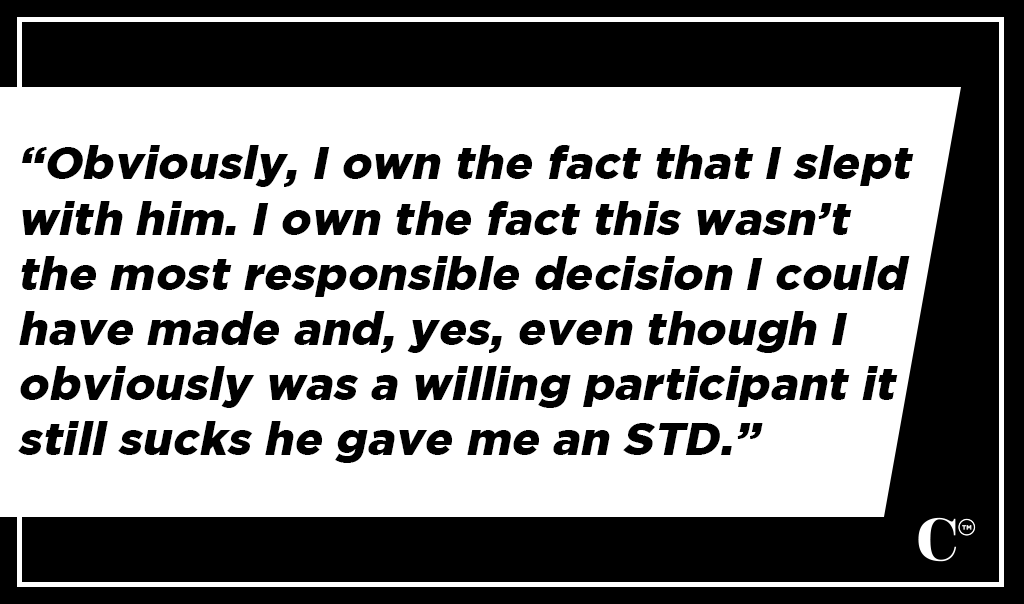 DeJesus then got into explaining the specifics of what went down, stating that “Luis and I had met up and I slept with him, for reasons you will later find out on the show. With that being said, I am a big proponent of getting tested for STD’s to be safe. It’s something I think anyone who is a responsible sexually active adult should do.”

“Since I do this to be safe in my life, I decided MTV could film it,” DeJesus continued. “This really ended up screwing me this time, as it turned out Luis had given me an STD and, for course, it was now caught on film.”

DeJesus then explained what she did after finding this out, stating that “I cut ties with him and, rather than him continue to come around for his daughter, he decided to take the fact that I wouldn’t be with him after he screwed me over like this out on Stella. He stopped coming around to see her completely and he doesn’t even call to check in on her. He’s just pulled his usual ‘gone missing’ card all because his dumb ass gave me an STD, I confronted him about it, and cut him off.”

“I’m not innocent here,” DeJesus then shared, making sure fans know she does take responsibility for her part in this. “Obviously, I own the fact that I slept with him. I own the fact this wasn’t the most responsible decision I could have made and, yes, even though I obviously was a willing participant it still sucks he gave me an STD.”

“But what sucks more,” DeJesus elaborated, “is that he gave Stella (and me) an ounce of hope he could actually be a father figure in her life, only to sweep that away the second I wouldn’t be with him for the long term. I take accountability for my part in this, but I’m still mad at him for what he’s done to me and Stella.”

DeJesus wrapped with saying that “I will never, ever forgive Luis for this.” 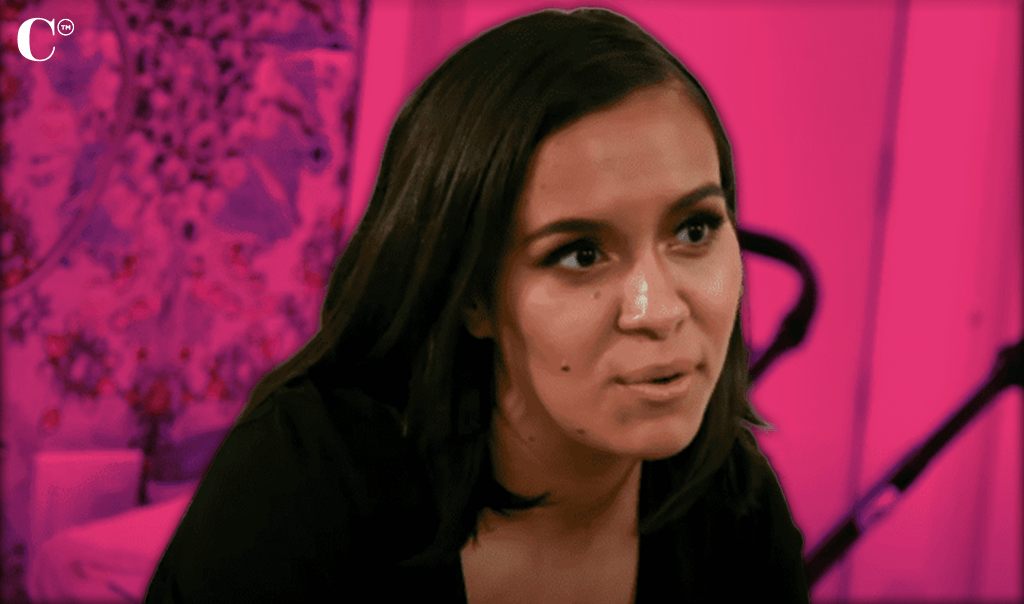 So What Now For Briana And Luis?

If the past is any indicator, Hernandez likely won’t be stepping up to be the father that DeJesus hope she could be for their daughter anytime soon. We expect things will be status quo in that department; however, DeJesus has always been a stellar parent for her children, and we know that will never change.

And, while Teen Mom fans love to criticize the women online- both at times that are warranted and times that are not- you have to give credit where credit is due. DeJesus could have avoided talking about this any further, deleted social media, or just ignored the topic and gone silent when it aired. Instead, she was open about it with us and shared exactly what happened. We applaud her for her candor.