Catelynn Lowell has had a rough year. According to Celebuzz, She was hospitalized earlier this year to remove a cyst. 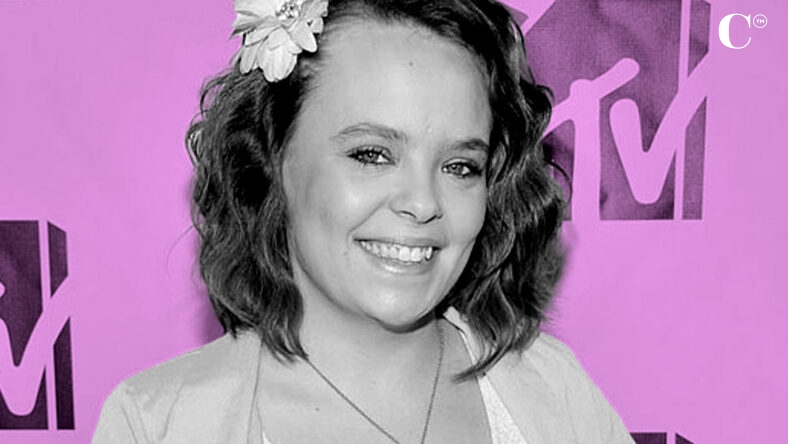 Catelynn Lowell has had a rough year. According to Celebuzz, She was hospitalized earlier this year to remove a cyst. After the first surgery, there were complications and she had to go back to the hospital. Then her second catheter malfunctioned. Catelynn is going through a lot physically and mentally.

In a recent clip of Teen Mom, Catelynn is in a hospital bed while on the phone as she’s explaining that the doctors want her to get an MRI to rule out Multiple Sclerosis. Tyler Baltierra Catelynn’s husband lets her know that she is dealing with a situation that she can’t control.

He added: “I wouldn’t feel bad if I had to get d- cut open. I’m like ‘Girl, I’m sorry, I had to get my d- cut open. I’m serious, have fun with the kids all day.’ Give yourself a little bit of slack, girl.” There will be an update on Catelynn’s health condition on next week’s episode of Teen Mom.

On November 1, in an episode of Teen Mom, Catelynn and Tyler had to finally break the news to Nova. The Hollywood Gossip reported, Catelynn told Tyler: “I picked Nova up from school and she got in my car and said, ‘Mom, I’m sad.”

She continued: “She just started sobbing saying, ‘I really miss Carly. Why did you have to separate us?” Catelynn then said: “It just never occurred to me when I was making the decision at 16 how it would impact my future children.”

They then gathered at the kitchen table and asked Nova what made her upset. Nova then responds: “It feels like that’s my sister and I can’t see her that much.” She continues: “Imagine getting split up from your sister or your brother? How old were you when you were pregnant?”

Nova responded in shock after Catelynn told her the answer: “That is not a grown-up,” said Nova. “You should be, like, 40 or something. Why did you think about having a baby that early?” Then Tyler says: “We were being irresponsible.”

Catelynn added: “When mommy found out she was pregnant, me and daddy talked and we said we can’t raise a baby right now. We didn’t have cars. We were still in school, no jobs.” Catelynn and Tyler do have visitation with Carly.

According to The Hollywood Gossip, Back in 2009, when the 16 & Pregnant/Teen Mom producers created a dialogue about teen pregnancy issues and reproductive rights. This week, trolls have been trying to shame Catelynn Lowell for her past decisions.

When Catelynn was introduced on 16 & Pregnant she decided to not abort her first pregnancy. She decided to give her child up for adoption. Catelynn posted on Instagram revealing she’s been receiving criticism from anti-abortion activists. Catelynn wrote on Instagram: “People are wild. Coming at me with ‘[then] why did you choose life for your firstborn? Um, let’s see… Because I had a CHOICE duh!! That’s why!”

Lowell added a GIF that says: “The opinion of the court has no place in our bodies.” she continues: “Crazy right? That’s the point though my girls and every girl deserves the right to have a choice!” One fan commented: “Proud of the choice you made. You’re an amazing person for making the choice you did, no matter how hard it may seem right now. Take time to rest and heal.”