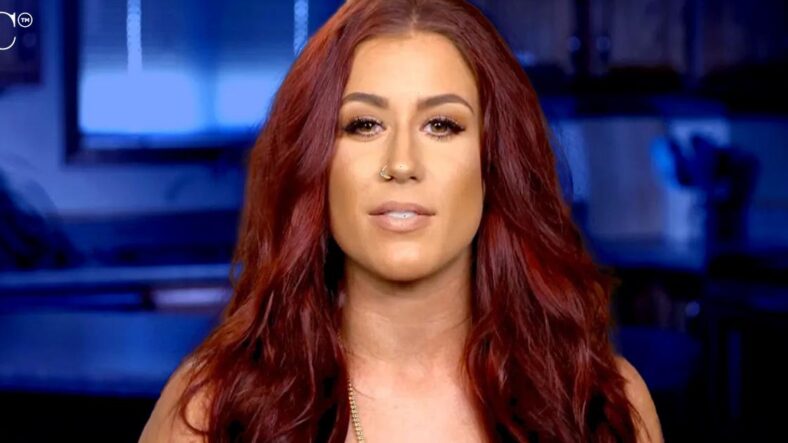 Teen Mom's Chelsea Houska was pretty excited to announce that she and husband Cole DeBoer would be helming a new design show on HGTV. And a lot of fans were excited. But some have shared criticism online, throwing shade at Houska for the odd career move and what they're calling a "lame" concept. Here's a look at what people are saying about the upcoming show.

Houska’s HGTV Show: Will it be a Grand Slam or a Major Flop?

Houska and DeBoer have officially signed up to host "Farmhouse Fabulous" on HGTV which will air starting in 2023. The show follows the enterprising pair as they launch a home design business. Filming will take place in South Dakota, where the pair recently moved into their very own farmhouse, which they designed from the ground up.

For the first season, 8 episodes are expected. How much life the show experiences after that is up in the air, for now. Houska's dad, Randy Houska, was a fan favorite on Teen Mom 2 and will make appearances on Farmhouse Fabulous.

But not everyone is excited, with or without Randy. Cheatsheet writes, "While some of Chelsea Houska’s fans are excited to catch up with her on a brand new reality TV show, not everyone is thrilled with the big news. Several fans have called Houska a 'liar' and a 'hypocrite.' Houska’s critics point out that she walked away from one reality TV show, citing a need for privacy but has quickly decided to return to TV.

One Reddit user argues that the concept for the series is 'lame.' Other users are questioning why Houska and DeBoer landed the series. They note that the couple has little experience renovating homes aside from their own home project."

Of course, the one thing many of these comments is ignoring is the fact that your own design show – with privacy parameters and a designated career-related focus – is a far cry from a series that pries into every aspect of your private life.

And part of what turned Houska away from the Teen Mom world was how damaging she felt it was for her oldest daughter to see the private struggles between her and Aubree's father play out on television. Barring some weird editing, it's unlikely that Farmhouse Fabulous will pry into that part of their lives so deeply.

Inside the Houska House

CELEB took a look at Houska's newest SD house when she shared a sweet video of her children enjoying the farm life. The most recent charming video was shared Monday to Cole’s Instagram stories,which definitely looks like the more masculine mirror to Chelsea’s Instagram. Five-year-old Watson and three-year-old Layne, the two children she shares with husband Cole, looked adorable in their coats as they played with and fed the goats.

Chelsea also took viewers over for a look at Steve, the family’s highland cow, before showing Chelsea looking picture perfect somehow in sweats in front of their new home.

The pair clearly know how to design a home, as the farm house looks like it came right off the cover of a magazine. And the interior boasts a cute farmhouse chic decor, perfect for the little farm they're building their family in South Dakota.

Whether fans are excited or skeptical, the Houska HGTV show is moving forward – and it will be great to see how Chelsea and Cole bring their visions to fruition. They may not have much professional experience, but if their South Dakota home is anything to go by – they have a lot to share with the world.