Teen Mom 2's Leah Messer has dealt with her share of heartache over the years, but it seems that she 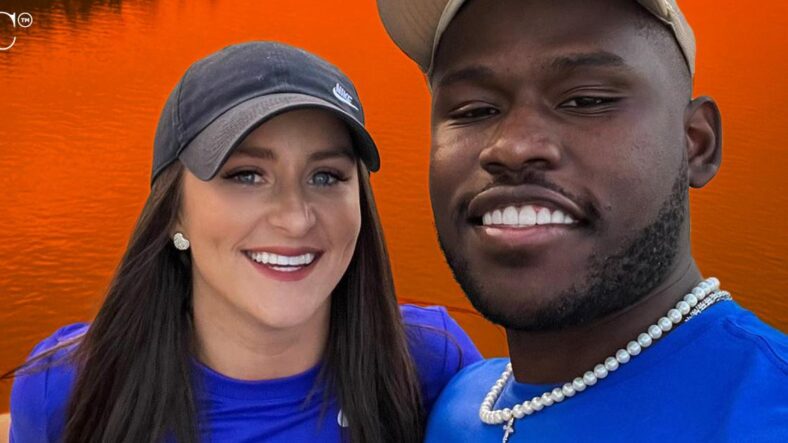 Teen Mom 2's Leah Messer has dealt with her share of heartache over the years, but it seems that she may have finally found "the one." His name is Jaylan Mobley, and they've gotten serious pretty fast. But eagle-eye Teen Mom fans noticed that in the episode that aired of the first time the girls met mom's new beau, they seemed – well, a little underwhelmed. Cameras caught the somewhat awkward interaction as the girls met the new man in mom's life, and they didn't look impressed, especially 12-year-old Aleeah.

Messer said all along that she wouldn't introduce her kids to someone she wasn't serious with yet. And apparently, Messer and Mobley hit that milestone after just a month of official dating.

The Sun reports, "During Tuesday's episode of Teen Mom 2, Leah confirmed that after a fun-filled trip to Costa Rica with her latest love interest, Jaylan, they were officially a couple.

The news was made doubly exciting by the fact that their new status meant he could finally meet her children – a stipulation the MTV star previously revealed on the show.

Leah picked up her children after the trip, gaging their interest in meeting her new man.

'You guys can ask Jaylan any questions you guys have. He’s prepared,' she said during the car ride."

While cameras rolled, the new family came together for the first time. Although the girls asked a few questions, they mostly remained quiet and fans think they seemed awkward and unimpressed. Fans pointed this out on Twitter, per The Sun, "Posting a still of the pre-teen's expressionless face, the fan wrote: 'If I am not impressed with Jaylan was a face.'

Another pointed out how uncomfortable the meeting seemed, writing: 'I wanna like this dude of Leah, but every week Jaylan seems more weird. Idk what it is. I can't put my finger on it.'"

Mobley revealed that he was nervous about meeting the girls, and the awkwardness of their first meeting couldn't have helped those nerves. But it would seem over time that first impressions fade into memory – because a recent video shared by Messer on social media has the family looking a lot less awkward these days.

If They Weren’t Impressed Before, They Seem to Be Now

This week, Messer shared news that she has a new house – a house that Mobley bought them all to share and build a life in. CELEB took a look at the video when it dropped on social media; "They've only been Instagram official for six months, but Mobley is taking care of Messer – there's no doubt about that. Mobley recently announced the purchase on social media, per InTouch Weekly; 'Proud to be a first-time homeowner!' the U.S. Army officer, 25, captioned an Instagram carousel post on Friday, April 1. 'I am so thankful and blessed and still speechless to own this home. Surprise! @leahmesser. I’m proud of you for selling your first home, and so, I wanted to surprise you with a new home, our home.'"

But the best video of the week came as Messer and Mobley drove the girls to the new house as a complete surprise. The couple teases the girls, asking where they think they're driving. At one point, the girls suggest that they're driving to see a house that Mobley may have bought – good guess, girls – but Messer and Mobley try to demure by saying maybe they bought the land to build a house on. Youngest daughter Addie quips, "Yeah but building a house takes months and I know you, you hate being patient." Messer laughs, "Jaylen is the most patient man I know."

The fan tears start to flow when Mobley takes a moment to express to the girls how much he loves them and enjoys being their bonus dad. In the back seat, the girls return the affection; "love you too."

Once it sinks in that they're pulling up to their own house which "cost a lot of money" per Addie, the joy and excitement bubbles over and they run to claim their rooms.

Watching Mobley emotionally share his feelings for the girls and his new family, and hearing the girls chime in that his affection is shared, it's clear that awkwardness and "unimpressed face" is a thing of the past. They're now building a life together as a family, and if buying a house isn't impressive – we're not sure what is.

Messer has faced a lot of backlash online about introducing the girls to her boyfriend too soon. Many say that just now – 6 months after they started dating – Mobley should be meeting the girls, not moving in. But whatever fans feel about the choices Messer made to get to this point, it seems to be working out in everyone's favor.