Teen Mom Jade Cline is getting emotional in a new trailer ahead of next Tuesday’s episode. It’s always hard to 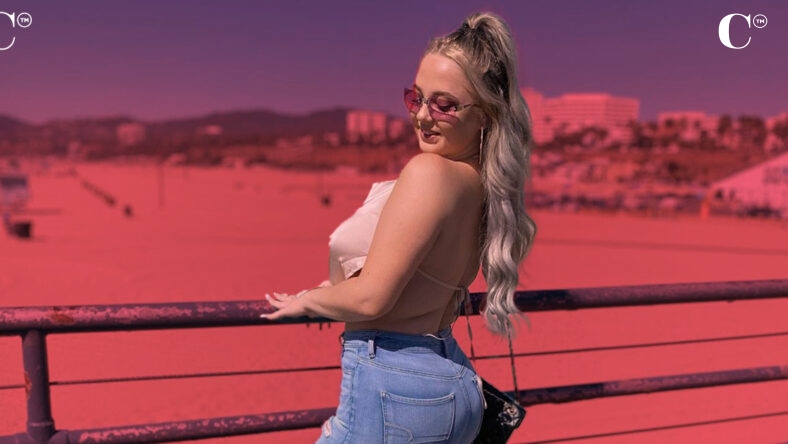 Teen Mom Jade Cline is getting emotional in a new trailer ahead of next Tuesday’s episode.

It’s always hard to send your baby off to school, and these days it seems like it’s harder than ever.

Between school shootings, the lingering effects of the pandemic and a number of issues causing chaos in the lives of children across the US, the first day of kindergarten can be an emotional and terrifying time.

Not just for the student, but for their parents.

And Cline is showing those emotions bubble to the surface in the new Teen Mom trailer.

And she broke down on video over sending Kloie to school for the first time.

The Sun reports, “In a teaser clip for Tuesday’s episode of the MTV show, the reality star helped her tiny tot get dressed in a pair of pink overalls and put on a matching backpack.

She told the cameras: ‘Kloie’s first day of school is coming up.’

Later, Jade sat in the car with Sean, 29, as she cried over the big step.

‘I don’t want her to grow up,’ she sobbed, while her baby daddy hugged and consoled her.”

Although this may be Cline’s first time sending a kid off to school, parents around the country can empathize with her emotional reaction.

It’s never easy to watch them grow up.

Did Jade Cline and Sean Austin Tie the Knot?

All the tears over Kloie’s first day can’t dispel the rumors swirling online that Cline and Austin may have already gotten married.

Although they’re still “engaged” in public, fans think things have been formalized behind the scenes.

[Cline captioned the video]: ‘Lord my husband is so fine. And so is my bestie,’ tagging their accounts. A fan questioned: ‘Wait, when did Jade and Sean get married?’

Another fan wrote: ‘I was going to ask ‘Husband?’ When they get married. That’s your boyfriend or girl, quit playing.’ One person wrote: ‘Some people use the word Husband or Wife so freely but don’t actually have the legal stance behind it. It’s disrespectful to people who really are married. Point blank period!’

In a preview of Teen Mom: The Next Chapter, Sean popped the question to Jade. Fans could see that Sean took a lot of steps to set the perfect scene for the proposal. Sean Austin set up a huge display spelling out ‘Marry me’ with huge white candles and a bunch of roses. ‘Jade, will you marry me?’ he asked in a clip.

Another video Jade shared on TikTok revealed that she said yes. In the caption she wrote: ‘Our happily ever after has just begun. So glad we can finally share this.’ She continued with: ‘We worked for this and I’m so proud of where we are. Love always prevails.’

The happy couple already made solid plans for the wedding. Jade confirmed in a Q&A with her fans that the engagement took place in July, but kept it down low because they ‘didn’t want to ruin the clip for the new season.’ They booked a venue for October 2023, and the occasion will have a ‘gothic Victorian’ theme.”

Of course, they may not need it if they’ve already tied the knot.