After announcing their engagement and projecting the idea that they were going to expect having a child together, Leah Messer 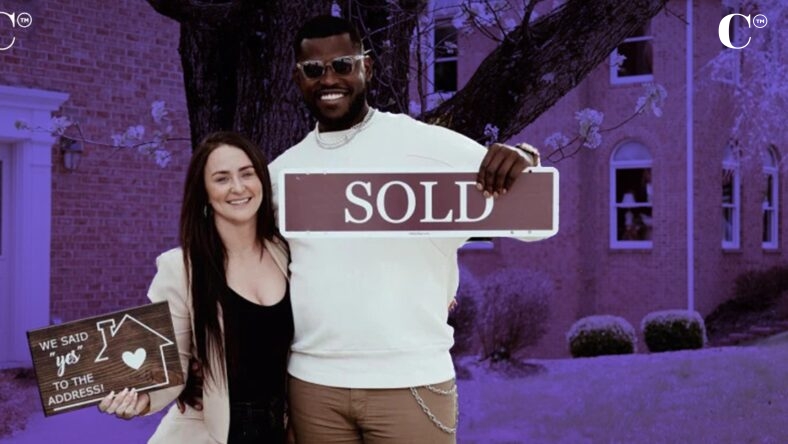 After announcing their engagement and projecting the idea that they were going to expect having a child together, Leah Messer shared that she and Jaylan Mobley have called everything off.

With this being said, Mobley has not wasted any time moving out of Leah Messer’s house.

The couple seems to be more than over. They revealed their split through an Instagram message that shocked fans just after they had announced their engagement back in August of this year.

According to a source from TMZ, U-Hauls were spotted outside of the couple’s home as Jaylan was moving out. It was said that Mobley took most of his belongings, including furniture and his prized possessions to another apartment that was 45 minutes away.

As for Leah, she will be staying in his half-a-million-dollar home that she bought for herself and her girls.

Messer and Mobley went public about their relationship back in September of 2021 and got
quickly serious from there. While fans were critical of their whirlwind romance, they assured everyone that it was meant to be.

Of course, it’s now obvious that it was not meant to last, and this is what they wrote in their Instagram statement sharing they were over. “While the last year has been tremendously exciting for both of us, we’ve realized that it’s best we walk separate paths. We are so grateful for the lessons, growth, and memories we’ve had in this relationship. So many of you have watched our love story unfold, and we hope that you’ll continue to watch our stories while we move forward as friends. We will forever have love and respect for each other, and we ask for privacy as we refocus and transition out of this chapter together. X❤️ Thank you, Leah and Jaylan.”

The breakup shocked so many as it came out of nowhere just after they had announced their
plans to renovate the new home together and other relationship milestones.

Jaylan and Leah Announced Their Love Earlier this Year, But Cheating May Have Ended Things

Mobley shared earlier this year, “In honor of tonight’s episode, I wanted to share some very
exciting news! [Leah] and I have decided to break ground of our new Home—in remodel and
build-out!”

He shared this under a post of is ex-fiance and her daughters at the time. In the
picture it shows the family holding a framed image of what appears to be the home of their future property.

That post has now been removed from social media, and it is not confirmed yet what will happen to the home that they purchased together earlier this year.

The news of their split also just happened right after Leah teased the idea of her next pregnancy being with Mobley.

In a recent preview from MTV, the mother of three already shared that was thinking about having another baby. She shares, “Addie just turned 10 so it’s been a long time,” Leah reveals. “At first, I was like ‘I’m not having any more’ and now I’m definitely open to having more kids.”

Clearly, now, that next baby will not be coming from Mobley.

Rumors have followed the pair that Mobley allegedly cheating may have been the cause of their breakup. According to a source close to Messer, it was suggested that she was “shown evidence” sufficient to prove that he was unfaithful which led her to abruptly call things quits.

But so far, both seem content to avoid talking about their former relationship altogether.