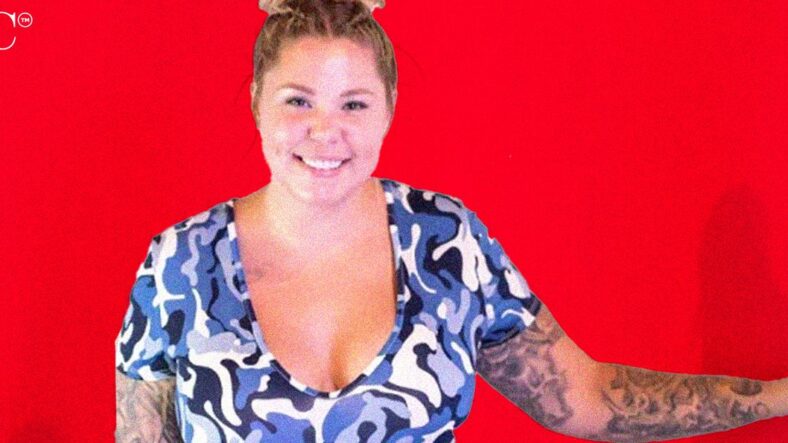 Fans of Teen Mom's Kailyn Lowry are worried for the reality star after she shared a cryptic and puzzling post on social media.

On Sunday, Lowry set off alarm bells for her followers with just two words.

On Sunday 9/25 The Sun reported, Kailyn Lowry posted “I’m sorry,” with no further explanation to explain what she’s “sorry” for. Fans commented on her post to show their support.

Fans commented Lowry’s post to show their support. One user wrote: “Everything will work out… breathe and keep going.” Second fan commented: “Stay strong my friend!” Another commenter questioned: “Kailyn… Did I miss something?” One fan stated: “I hope she is okay.”

“…Are you okay?” one person asked. Teen mom fans on Reddit weren’t nearly as supportive as Kailyn’s followers on other platforms. The tweet was reposted on a popular Teen Mom board.

One critic said: “Just more attention seeking as usual.” Another agreed, writing “There hasn’t been as much gossip about her as usual lately, she needs to fish some up.” Another stating: “Just vague tweeting because she wants attention. "A fan guessed that the ex-MTV star “probably cheated on her man.”

All this comes after Kailyn posted a new Tiktok Video allowing her son Lincoln, 8, to curse to Lil Baby’s song "U-Digg." When the hip-hop artist rapped, “Can’t blame him, that’s my son, he’s just doin’ the s**t I taught him,” teen mom star pointed to the backseat where Lincoln was also repeating the words. One person commented: “…Lincoln doesn’t miss a chance to cuss,” Kailyn replied, "EVER,” with laughing emoji. Second fan wrote: “Lincoln just lets it fly…” The Coffee Convos podcaster responded: “He’s so cool and I’m intimidated.”

A Reddit user reposted the video, and questioned: "Why does Kailyn encourage her kids to curse?” Another responded: "To be the 'Cool mom'. One commenter added: “She has taught them that fighting and being aggressive is funny, too.” Fans took aim at Kailyn’s parenting, with one critic writing: “Because she’s a bad mom.”

No tears this morning – except for me 2 hour play care, kindergarten, 3rd and 7th pic.twitter.com/lHTaHIbpgF

Fans aren't just worried about her mental health (or attention-seeking behaviors, depending on who you ask), they're also thinking she's dealing with a health condition.

The condition they're speculating on? Pregnancy.

InTouch reported, On July 25, Lowry's ex Chris Lopez posted on twitter a cryptic post that was later deleted. The post appears to be about Teen Mom star Kailyn Lowry. They share two sons together and have been known to slam each other on social media. Tweet said: “Out here talking bout you’ll beat me up now you know you gotta protect the belly stop,” Which was shared by @teenmomshaderoom_ on Instagram.

Chris also posted on Instagram story that a woman threatened to beat him up. “As a woman, what possessed you to say, 'I will really beat you the f**k up,'” he said in a video of him driving. He added that the person in question is “not like that” and “can’t fight.” One of Chris Lopez’s family members reached out to Teen Mom Instagram fan account @TeenMomFanz and claimed to confirm the news. “They also went to say that she is ‘about 12 weeks’ and is allegedly due in ‘February 2023.’

“We just found out like y’all,” Chris said in a since-deleted instagram story on August 3. He responded to the fan page. “I was just talking s–t with no actual proof but at this point show the ‘family member’ because none of the family i know knew the information given,” Chris continued, to his original tweet. “I been pretty vocal about the fan pages to follow and this one was never one.” Lowry has not yet responded to claims that she’s pregnant.

I haven’t done updated family pictures in so long because the thought of how stressful it is to try to get everyone to cooperate stresses me out. But I need to suck it up

On September 23, The Sun reported, "Teen mom star Kailyn, cleared up rumors about her relationship status during her podcast, Barely Famous."

Kailyn interviewed influencer Landon Romano. Podcast host Kailyn was the first to bring up the topic when she asked Landon about his love life, and if he was dating anyone. This gave reason to social media influencer Landon to later ask Kailyn about her relationship status, which she revealed she is in fact taken. “Do you have a man right now?” Landon questioned. “Yea, I do,” Kailyn confirmed. “But I did like a soft launch kind of. I didn’t want to hard launch him because it was kind of early. We’ve been together, maybe like six months now,” the Teen Mom star stated. Kailyn Lowry explained why she hasn’t shared much about their relationship online. “Yea, and he’s not really big into social media and stuff, so I- we did the soft launch on Instagram, and i just kind of left it there. “A lot of people think we broke up, but we didn’t. I just don’t post about him,” Kailyn admitted.

So she's still in a committed relationship and pregnancy rumors are ripe? Time for the tea, Kail!