Teen Mom Leah Messer’s struggle with addiction is not a secret. The popular reality star has been open about her 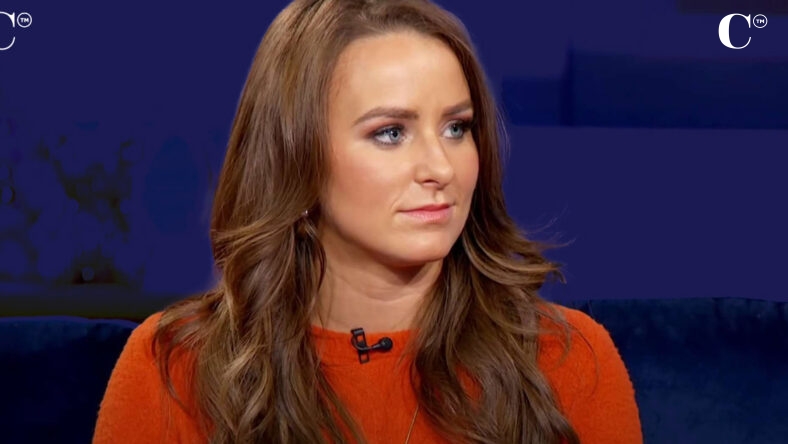 Teen Mom Leah Messer’s struggle with addiction is not a secret. The popular reality star has been open about her struggles, and openly proud about her sobriety.

But a new TikTok video has fans worrying that she’s fallen off the wagon.

See: LEAH MESSER’S EX JAYLAN MOBLEY KEPT MONEY THAT WAS FOR THEIR HOME’S DOWN PAYMENT

The question of course: is everything as it seems?

In a new TikTok video, Messer is responding to a video from couple Christina and Shelayne Le-Carter looking at the camera as a voiceover says, “We told our friends to send us their reactions if they were to walk in on us doing the nasty.”

The video shows people pretending to walk in, and then cuts to Messer.

Messer appears in black leggings and a beige top, creeping into the bedroom holding a bottle of wine.

Messer takes a dramatically large swig of alcohol, then pantomimes saying, “shhhh!” and creeps back out of the bedroom, closing the door behind her.

Of course, was it actually wine? Did she actually take a sip?

Considering the fact that there are multiple other videos on her TikTok that suggest drinking (shots with friends, sipping what looks to be a cocktail while waiting for a Friendsgiving evening), it probably was and she probably did.

While she’s never claimed to be sober from alcohol, she’s in a vulnerable spot right now and alcohol is making an increasing number of appearances in her social media posts.

It could mean she’s replaced one addiction with another.

This isn’t the first time Messer’s sobriety has been called into question.

Messer has opened up about her struggle with addiction, primarily painkillers. Teen Mom viewers can even recall her passing out while holding a young child. Luckily she was seated and no one was hurt – but it was a stunning wake-up call… or it should have been.

Messer kept using, and admitted later in her memoir that sometimes she was so high she’d forget she was even filming a TV show. It all started with a “botched” epidural in 2013 that left her in “excruciating pain.”

Eventually, Messer tired of the rollercoaster and sobered up from pain medications. But fans have pointed out that sober from one substance and not others isn’t exactly “sobriety.”
Back in 2020, she openly celebrated National Recovery Day and celebrated her sobriety.

Or rather, as some fans pointed out, “sobriety.”

Sober recovery programs often require people to abstain from all substances, because it can be a slippery slope when you’re an addict in recovery.

And while Messer appears to be apparently keeping her alcohol consumption limited to social situations, the increasing frequency of the appearance of alcohol in her videos and images may suggest that her sobriety is slipping from one phase into another.

This is common with addicts, who often go back and forth between substances.

Messer has gone through a lot recently, with the ending of her relationship with Jaylan Mobley, and some worry that it’s straining her sobriety.

Hopefully, she’s keeping good people in her life that will call her out and keep an eye on her struggles.