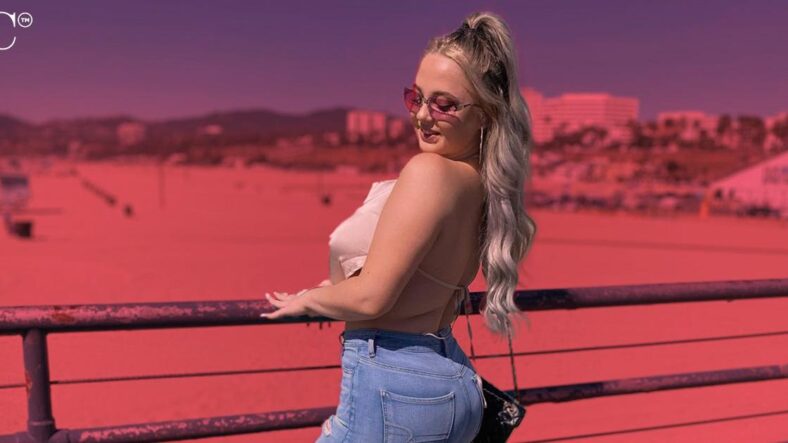 The Sun reported, Teen Mom Jade Cline posted a video on her Instagram page that had fans curious to know if she really married baby daddy Sean Austin.

Teen Mom captioned video: "Lord my husband is so fine. And so is my bestie,” tagging their accounts. A fan questioned: "Wait, when did Jade and Sean get married?”

Another fan wrote: ”I was going to ask ‘Husband?' When they get married. That’s your boyfriend or girl, quit playing.” One person wrote: ”Some people use the word Husband or Wife so freely but don’t actually have the legal stance behind it. It’s disrespectful to people who really are married. Point blank period!”

A preview of Teen Mom: The Next Chapter, Sean popped the question to Jade. Fans could see that Sean took a lot of steps to set the perfect scene for the proposal. Sean Austin set up a huge display spelling out "Marry me” with huge white candles and a bunch of roses.” Jade, will you marry me?” he asked in a clip.

Another video Jade shared on TikTok revealed that she said yes. In the caption she wrote: ”Our happily ever after has just begun. So glad we can finally share this.” She continued with: ”We worked for this and I’m so proud of where we are. Love always prevails.”

The happy couple already made solid plans for the wedding. Jade confirmed in a Q&A with her fans that the engagement took place in July, but kept it down low because they ”didn’t want to ruin the clip for the new season”. They booked a venue for October 2023, and the occasion will have a “gothic Victorian” theme.

Jade Cline wants to expand her family with her boyfriend, according to her Instagram stories. The Sun reported, Jade admitted in a Q&A with fans of her hoping for more children in the future. When one user asked if she wanted to add to her family, she replied with “YES” along with a red heart emoji. She also gave an update on her baby daddy Sean Austin since his latest rehab stay with a snap of the three.

The pic was in response to a fan’s question asking how he’s doing following his treatment. She replied: "AMAZING” in all caps. Teen Mom star Sean Austin recently returned home from rehab. Jade opens up about Sean’s addiction struggles on Teen Mom Family Reunion. Jade shared a message with further explanation. "This is the first time anyone has known about Sean going to rehab," confessing that during the time they were filming, Sean was in rehab. "It was so hard doing it all, but I knew I had to step up and take care of everything so he could better himself. "Sobriety is hard but he’s made it.”

MTV recorded the moment when Sean Austin left for treatment on the current season of Teen Mom 2. Jade explained in one scene Sean’s decision and talked about how she struggled with his addiction in an interview saying: "My life has definitely been harder." Cameras also captured Teen Mom star Sean Austin walking out the front door with luggage, as he is on his way to the rehab facility.

Reality star Jade Cline’s Mom Christy Smith accepted a plea deal for possession of paraphernalia and marijuana back on October 11,2018. PopCulture reported, she was not arrested at the time, she received a couple charges. Years later, in September 2021, Smith accepted a plea deal. She pleaded guilty to both charges and agreed to 90 days with no probation. Christy Smith spent 90 days in prison. She also had to pay $585 in fines. Teen Mom star Jade’s Mother has a court hearing in March 2022.The judge will either accept or deny her plea deal. This is not a surprise to Teen Mom 2 fans. Smith’s drug problems have been on the show in the past. Jade Cline said about her parents, "In my new season, both of my parents were just incarcerated. They’ve been strung out for so long. They’re binge addicts. It hurts because I’ve grown up and I haven’t had my mom there.”