In a recent Q&A session, Lindsie Chrisley held with her family. Kailyn Lowry reposted the video on TikTok with her 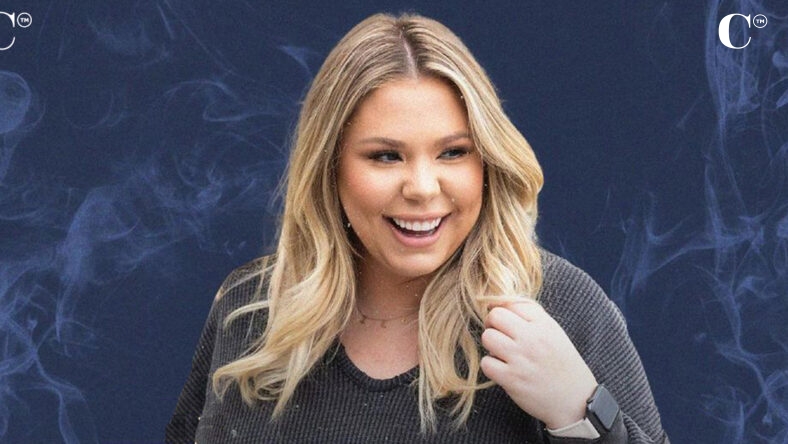 In a recent Q&A session, Lindsie Chrisley held with her family. Kailyn Lowry reposted the video on TikTok with her boyfriend Elijah Scott. In the clip, Kailyn is seen laughing while Elijah rolls his eyes at the things being said in the Chrisley Know Best podcast.

The video was captioned: “He was completely unfazed,” with a laughing emoji at the end. Kailyn Lowry was wearing an oversized black hoodie, standing behind the kitchen counter as she hid her baby bump.

In recent photos, Kailyn Lowry appears to have a baby bump. She previously posted photos that seemed to cover her stomach.

The Sun revealed pictures of Teen Mom star Kailyn Lowry running errands with her boyfriend Elijah Scott, in photos it seems like Kailyn has a baby bump. As she covered her stomach, she wore a baggy t-shirt with black leggings. Elijah had on a black jacket, gray sweatpants, and a black hat. Reality star Kailyn dropped a clue she might be pregnant in her recent podcast, Barely Famous.

Kailyn confessed: “I have not had sex and I do miss it and I want to have sex. It’s just a little bit…” She added that she ordered a sex toy and said: “It just came in the mail two days ago, but I haven’t opened it.”

A fan commented: “Pregnancy can change your sex drive and desire.”

Another added: “Yeah, she obviously just can’t have sex because she’s pregnant.” Kailyn admitted to cutting coffee and alcohol months ago, pregnant women are advised to not drink alcohol while pregnant and to limit caffeine intake.

On Sunday September 25, The Sun reported that Kailyn Lowry posted “I’m sorry,” with no further explanation to explain what she’s “sorry” for. Fans commented on Teen Mom Kailyn Lowry’s post to show their support. One user wrote: “Everything will work out… breathe and keep going.” Second fan commented: “Stay strong my friend!” Another commenter questioned: “Kailyn… Did I miss something?” One fan stated: “I hope she is okay.”

“…Are you okay?” one person asked. Teen mom fans on Reddit weren’t nearly as supportive as Kailyn’s followers on other platforms. The tweet was reposted on a popular Teen Mom board.

One critic said: “Just more attention seeking as usual.” Another agreed, writing “There hasn’t been as much gossip about her as usual lately, she needs to fish some up.” Another stating: “Just vague tweeting because she wants attention.”A fan guessed that the ex-MTV star “probably cheated on her man.”

All this comes after Kailyn posted a new Tiktok Video allowing her son Lincoln, 8, to curse to Lil Baby’s song U-Digg. When the hip-hop artist rapped, “Can’t blame him, that’s my son, he’s just doin’ the s**t I taught him,” teen mom star pointed to the backseat where Lincoln was also repeating the words. One person commented: “…Lincoln doesn’t miss a chance to cuss,” Kailyn replied,”EVER,” with laughing emoji. Second fan wrote: “Lincoln just lets it fly…” The Coffee Convos podcaster responded: “He’s so cool and I’m intimidated.”

Reddit user reposted the video, and questioned: “Why does Kailyn encourage her kids to curse?” Another responded: to be the “Cool mom” One commenter added: “She has taught them that fighting and being aggressive is funny, too.” Fans took aim at Kailyn’s parenting, One critic writing: “Because she’s a bad mom.”

On September 23, The Sun reported that Teen Mom star Kailyn cleared up rumors about her relationship status during her podcast, Barely Famous.

Kailyn interviewed influencer Landon Romano. Podcast host Kailyn was the first to bring up the topic when she asked Landon about his love life, and if he was dating anyone. This gave reason to social media influencer Landon to later ask Kailyn about her relationship status, which she revealed she is in fact taken.

“Do you have a man right now?” Landon questioned.

“Yea, I do,” Kailyn confirmed. “But I did like a soft launch kind of. I didn’t want to hard launch him because it was kind of early. We’ve been together, maybe like six months now,” the Teen Mom star stated.

Kailyn Lowry explained why she hasn’t shared much about their relationship online. “Yea, and he’s not really big into social media and stuff, so I- we did the soft launch on Instagram, and I just kind of left it there.”

“A Lot of people think we broke up, but we didn’t. I just don’t post about him,” Kailyn admitted.