Every time news of another school shooting breaks, the same horrible cycle repeats. First, as news begins to trickle in, 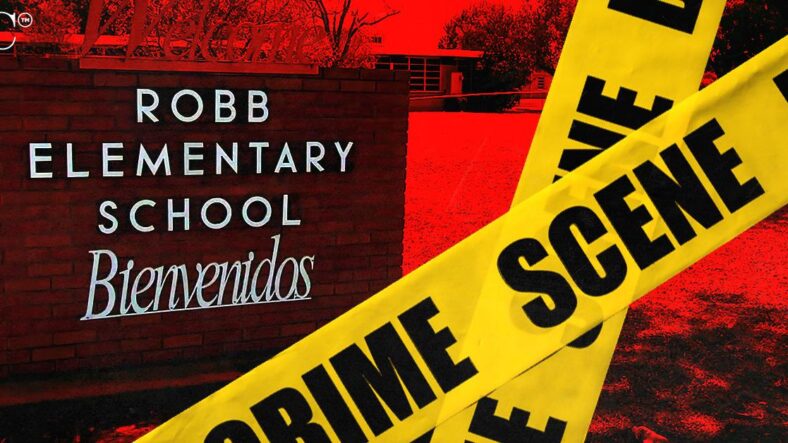 Every time news of another school shooting breaks, the same horrible cycle repeats.

First, as news begins to trickle in, there's shock and horror. Then, as more information is gathered and the picture becomes clearer, the horror grows.

It's always a slow tumble off a cliff into the yawning terror of the realization that children have once again fallen victim to gun violence in America. A tumble we see coming, we see the edge, but there's no way to stop the eventual plunge into details that are forever seared into our brains. Names, faces, ages – details that bring to life in vivid details the promise and future of children who will never see another birthday, or wake to another Christmas tree or Saturday morning cartoon.

Every time a school shooting occurs, people wring their hands and weep, condolences are shared, outrage and shock is expressed – and nothing changes.

How is it that in a country so clearly devastated by and completely done with seeing murdered children, school shootings have become a rinse and repeat event?

Warrior's coach Steve Kerr used the pre-game press conference last night to share his thoughts on how we got to where we are, giving voice to a huge swath of heartsick Americans who are ready to say, "enough."

Now, a horrific school shooting in Uvalde, Texas, has left 19 4th graders dead, and 2 teachers. This time, the shock was replaced instantly by anger. Across social media, Americans shared fury because somehow – we're here, again, looking at the faces of children who have been failed by a system that promises to protect them.

Warrior's coach Steve Kerr took the microphone for last night's pre-game press conference against the Mavericks, but he didn't want to talk about basketball. What he wanted to do was give voice to his rage, his sorrow, and his frustration. In doing so, Kerr gave voice to a majority of Americans who long for change but feel unheard by the powers that be in Washington. What Kerr didn't do was call for a gun ban – but what he did do was suggest what the old guard in Washington could do today to start effecting change.

Kerr started with, "I'm not going to talk about basketball." He added, "Any basketball questions don't matter. 14 children were killed 400 miles from here, and a teacher. And in the last 10 days we've had elderly Black people killed in a supermarket in Buffalo. We've had Asian churchgoers killed in Southern California. and now we have children murdered at school."

Voice shaking with emotion, Kerr pounded the desk and shouted, "When are we going to do something?!" The coach continued, "I'm tired, I'm so tired of getting up here and offering condolences to the devastated families that are out there. I'm so tired of the moments of silence. Enough."

And then Kerr turned to what he considers to be the problem, "There's 50 Senators right now who refuse to vote on HR-8 which is a background check rule that the House passed a couple years ago, it's been sitting there for two years. And there's a reason they won't vote on it, to hold onto power."

The Warrior's coach directly addressed those Senators, adding, "I ask you, Mitch McConnell, I ask all of you Senators who refuse to do anything about the violence and school shootings and supermarket shootings, I ask you. Are you going to put your own desire for power ahead of the lives of our children and elderly and churchgoers? Because that's what it looks like. It's what we do every week."

Kerr then tries to reach out to those listening, pleading with them to engage with empathy; "I'm fed up, I've had enough. We're going to play the game tonight, but I want every person here, every person listening to this to think about your own child or grandchild, or mother or father, sister, brother; how would you feel if this happened to you today?"

He continues, "We can't get numb to this."

McConnell and the Republicans then again received the focus of Kerr's ire as he added, "50 Senators in Washington are going to hold us hostage. Do you realize that 90% of Americans – regardless of political party – want background checks – universal background checks? 90% of us! We are being held hostage by 50 Senators in Washington who refuse to even put it to a vote, despite what We the American people want. They won't vote on it because they want to hold on to their own power."

Disgusted and emotional, Kerr concluded with, "It's pathetic, I've had enough."

The Hill explains, "Kerr, a longtime gun safety advocate whose father was assassinated in a shooting outside his office in Beirut in 1984, referenced a bill known as the Bipartisan Background Checks Act that would expand federal background checks required for gun purchases.

Currently, federal law does not require that unlicensed gun sellers operating online or at gun shows conduct background checks prior to the purchase of arms.

H.R. 8, which passed the House in March 2021, would close loopholes in gun purchases, requiring a background check for all gun sales."

22% of Americans say that their most recent gun purchase didn't require a background check, despite the fact that background checks have stopped the sale of 4 million guns to people who do not meet minimum safety ownership requirements. Even among gun owners, 83% support expanded background checks on the sale of all firearms, according to Harvard Kennedy School Institute of Politics.

With that in mind and overwhelming support from non-gun-owning Americans, what's the hold-up? Kerr's point about McConnell et al comes down to the power of the NRA and gun lobby, which is known to hold enormous sway in Washington. However, Kerr is leaving out one vital Senator: Joe Manchin, who is ostensibly a Democrat. Manchin joins the 50 Republican Senators in dragging his feet on HR-8, despite attempting to pass expanded checks in the mid 2010's.

As long as Senators owe their votes to the gun lobby, Kerr suggests, common sense gun reform can't happen. NRA lobbyists are known to use scare tactics such as promising that liberal politicians will take their guns – while none of the current bills circulating restrict gun ownership at all, merely regulate the purchase. In addition, many liberal politicians are outspoken gun owners themselves, but the NRA voice is a strong one.

Advocates of common sense gun reform have even suggested more highly regulating ammunition instead of guns themselves, and increasing the budget to states to support their mental health programs – all of which bills languish in Congress and go unpassed. In addition, many red-state Congresspeople won't even touch the potential for gun reform, knowing that their voters are afraid of losing rights to their guns. So the horror continues and any potential solutions go unaddressed.

Kerr's impassioned and emotional speech gave voice to millions of Americans who are sick of reading about children being killed at their desks, heartbroken over seeing pictures of little faces which will never crack another smile; and furious over a system that continues to perpetuate violence and doesn't even try to change the future.

Celebrities Use Their Platforms

Kerr isn't the only one with a platform speaking out about recent events, and here's what some of them have said in the wake of the Uvalde shooting:

It's clear that America and the world is fed up with school shootings, and mass shootings in general. But will anything change? Is it just another Tuesday in America, or are people finally ready to do what it takes to make real change and a better future?

Until people can decide what's a priority in America, the debate will rage on – and nothing will change. Meanwhile, the most vulnerable Americans continue to pay the price they have no say over.

Our hearts go out to the families and loved ones in the Uvalde community and those around the country whose losses feel fresh again this morning.