The Good Times Are Back in Miami: New Hotel Promises an “Unrivaled Zen-Like Journey”

As Spring Break 2021 rapidly approaches, all eyes turn to beaches and other traditional destinations. With the COVID pandemic officially 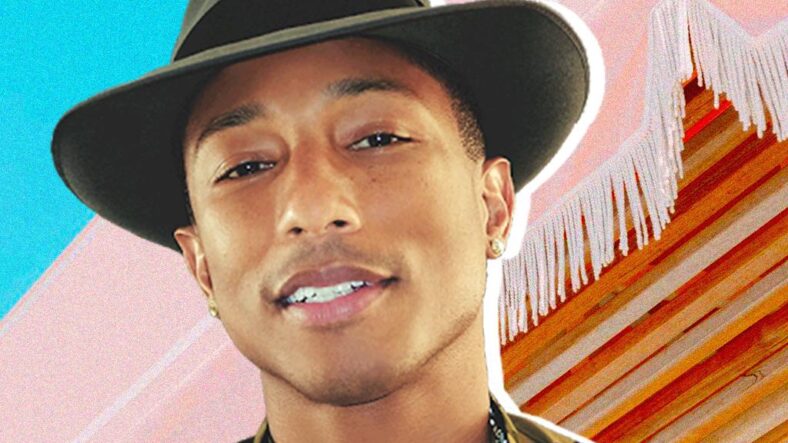 As Spring Break 2021 rapidly approaches, all eyes turn to beaches and other traditional destinations. With the COVID pandemic officially rounding a full year, many are wondering what Spring Break this year will look like. Last year, many places went about business as usual – helping the boom spread of the virus in late March. Other destinations were more cautious and restrictive. This year, with 365 days of hindsight in their arsenal, Spring Break locations are having to decide what they can do – and what they can’t – for destinations that rely heavily on tourism and the spring rush. Against this backdrop of uncertainty and change, the Goodtime Hotel has opened in Miami. Owned by singer/songwriter superstar Pharrell, the Goodtime’s anticipated opening has delighted guests. 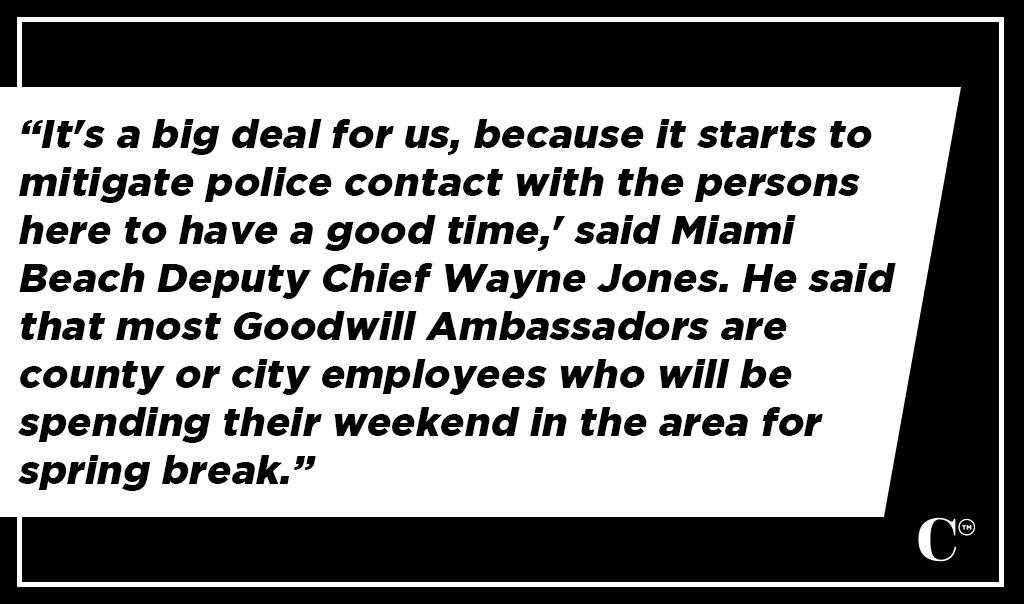 The city has announced restrictions to combat the high-volume period between February and mid-April when college students and families flock to famed South Beach and other Miami destinations. A midnight city-wide curfew will remain in effect through the duration as well.

Police commanders have warned that they expect this year’s spring break to last longer and draw more partygoers, since many across the U.S. will be eager to escape the cold.

‘They’re pent up, they want to get away,’ said U.S. Police Chief Richard Clements. ‘They want to be able to relax for a couple of days. South Florida is probably one of the only places open for business.’

The Coast Guard will also be working with Miami Beach police to stop party boats from bending the rules. Deputies say they are going to rely on Goodwill Ambassadors, civilians trained to tell visitors the rules and help keep them out of trouble.

‘It’s a big deal for us, because it starts to mitigate police contact with the persons here to have a good time,’ said Miami Beach Deputy Chief Wayne Jones. He said that most Goodwill Ambassadors are county or city employees who will be spending their weekend in the area for spring break.”

Some of the restrictions being implemented include: 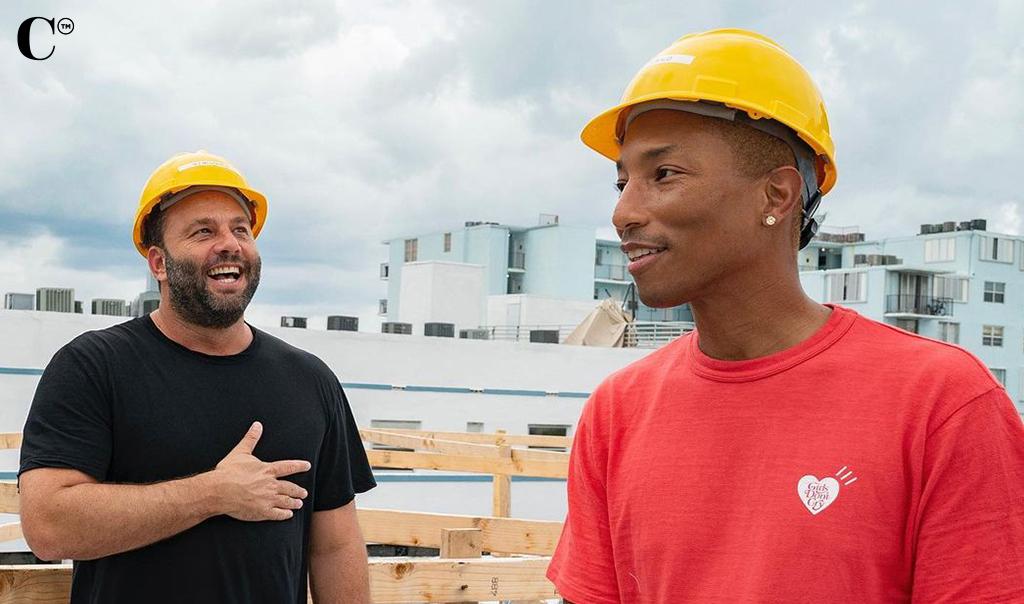 Everything Pharrell touches turns to gold, and it’s likely his newest venture in Miami will follow suit. Pharrell Lanscilo Williams – known by fans just as Pharrell – announced last year plans to open the Goodtime Hotel with business partner David Grutman. Grutman owns mega-popular nightclub LIV and rubs elbow with some of Hollywood’s biggest names on a regular basis. This time, the elbow bump has placed him squarely in the box of likely success with pal Williams after the pair announced plans for the Goodtime Hotel, a 266-room boutique hotel on Washington Ave in downtown Miami.

The Goodtime is carefully curated to be relaxing; with beautiful beachy colors and clean, soothing lines. With smaller rooms but bigger windows, the rooms offer a peerless view of the city and a peek of the ocean beyond.

The Hotel’s website welcomes guests with a promise of an unrivaled zen-like journey; “Welcome to the Goodtime Hotel, your universal passport to a good time. Located just outside the hustle of South Beach, we’re trading bustle for bliss. We bring you an oasis that’s based on a simple state-of-mind: having a good time.

Brought to you by international music icon Pharrell Williams and nightlife entrepreneur David Grutman, with designs by Ken Fulk, the seven-story hotel takes up an entire city block and comprises 266 stylish rooms, including a luxurious specialty suite.

Conceived as a collection of intimate spaces, the Goodtime Hotel encourages guests to explore every corner and tap into their senses of adventure. The third floor is where we come together and share experiences. From meditation that calms the mind to spaces that cultivate community to music that transports the soul to food that stimulates the spirit, we invite those who stay with us to get lost in the moment.

Strawberry Moon, named for the full moon that occurs closest to the summer solstice, is the centerpiece of the Goodtime Hotel. It offers an energetic and dynamic gathering place for all of our guests. Diners will find a variety of Mediterranean classics that are fun and flavorful, as well as ‘Club House Classics’ that promise to satisfy comfort food cravings. The indoor-outdoor atmosphere immediately elevates one’s mood, and all but guarantees a carefree good time.” 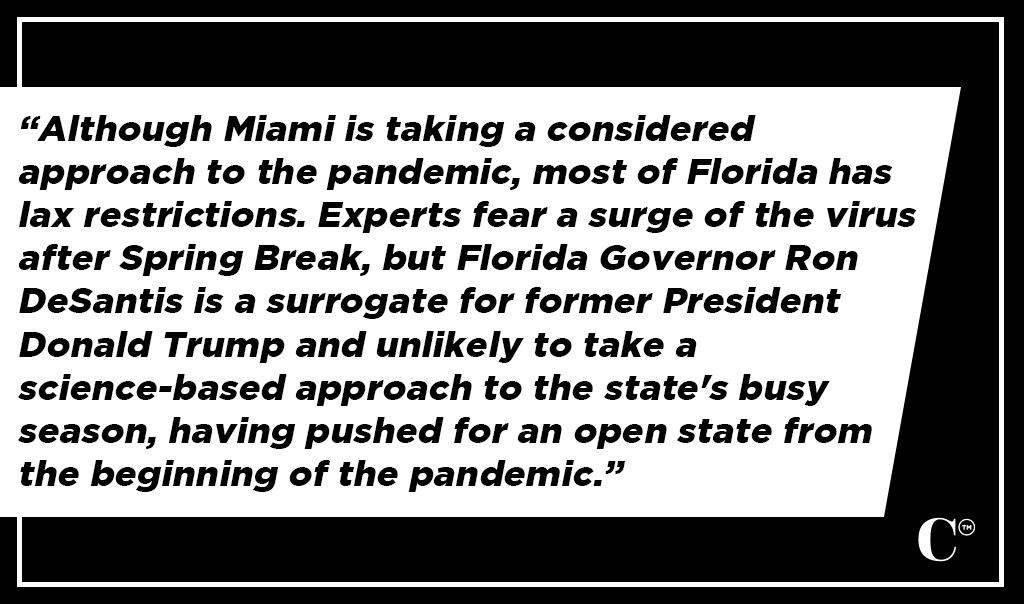 Whether you’re venturing into the new destination of the Goodtime or visiting old classics like South Beach to unwind this Spring Break, it’s clear that this year will feel a little different than usual. And that’s true across the U.S. where restrictions and rules aimed at controlling the spread of COVID will limit the ability of partygoers and vacationers to gather and indulge in large-scale events.

However, there are a few places where this won’t be a problem. Although Miami is taking a considered approach to the pandemic, most of Florida has lax restrictions. Experts fear a surge of the virus after Spring Break, but Florida Governor Ron DeSantis is a surrogate for former President Donald Trump and unlikely to take a science-based approach to the state’s busy season, having pushed for an open state from the beginning of the pandemic.

In Texas, Governor Greg Abbott is scrambling to recover from mammoth blunders in the wake of the deadly Texas freeze from February, and has re-opened the state entirely, scrapping the state mask mandate. Texas has seen a resurgence of cases in recent days and locals are anxious about what that means as their beaches draw Spring Breakers in the coming weeks.

Experts in the rapidly opening southern states have issued statements of alarm and concern. Washington Post reports, “‘It’s still too early,’ Philip Huang, Dallas County’s health director, said Tuesday, the Dallas Morning News reported. ‘We’d all love to get back to normal. [But] it’s not the time to relax.’”

As coastal states handle the Spring Break influx, virus numbers are sure to move. With any luck, Miami’s restrictions will be effective and other cities will follow suit. In the meantime, the Goodtime Hotel is surely a safe place from which to observe the mania of a South Beach Spring Break – don’t forget your sunglasses.