The Musk Family Legacy is Complicated: Elon’s Father Had Two Children with His Own Stepdaughter

News broke recently that tech mogul, billionaire and Tesla founder Elon Musk welcomed twin babies in an affair with an 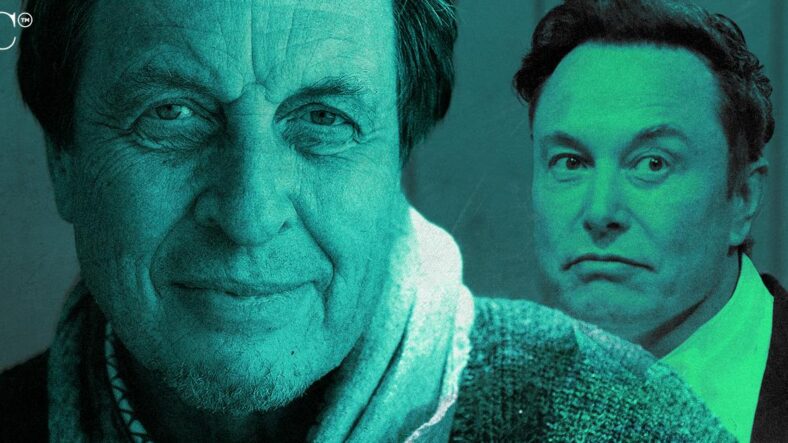 News broke recently that tech mogul, billionaire and Tesla founder Elon Musk welcomed twin babies in an affair with an executive just weeks before he and his partner welcomed their own most recent familial addition.

Now, it's Elon's dad Errol Musk who is making headlines about his reproductive choices – and they're raising a few eyebrows.

It seems that the primary drive to reproduce is a family legacy, but it's who Errol has reproduced with that's drawing some side-eye.

Elon Musk’s father, Errol Musk, announces he has welcomed a second child with his stepdaughter – who he raised since she was 4 years old.

“The only thing we are on Earth for is to reproduce.” pic.twitter.com/N7zm41EUGA

Errol Musk has 7 children, including the Tesla, Neuralink and Space X founder everyone knows so well. Elon is Errol's son from his first marriage with Maye Haldeman Musk. They had three children together including Elon, Kimbal and Tosca.

After they split in 1979, Errol married Heide Bezuidenhout. At the time, Heide had a 4-year-old daughter, Jana Bezuidenhout, who became his stepdaughter when they tied the knot.

Now, Errol is 76 and Jade is 35 – and it turns out they have two children together. Yes, Errol had two children with his own stepdaughter, one of whom was kept secret until recently.

The pair had one child together in 2018, and she stayed with Errol for a year and a half after the birth of their first child – and that's when the second child was conceived.

Errol spoke with The Sun about his relationship with his stepdaughter, although he didn't even acknowledge their familial ties – he focused on their 41-year age gap which, he says, "is going to show itself" eventually.

The Sun reports, "Errol said he no longer lives with Jana but confirmed they 'have a lot of affection for each other'.

He added: 'But the thing is it's not practical. She's 35 next birthday. So she's getting on. So eventually if I'm still around she might wind up back with me. It's difficult.

'I mean, I would much rather have them here. But Jana came and spent a few days here about six months ago. And the kids were starting to get on my nerves.'"

But he says, "The only thing we are on Earth for is to reproduce" and if he can have more children, he will.

To summarize, Jana is "getting on" (getting older) at 35, and he finds his kids annoying – but at least he misses them when they're gone.

At least by comparison to daddy Errol, Elon looks completely reasonable with his family choices.

Elon’s Own Reproductive Legacy is a Little Questionable

I hope you have big families and congrats to those who already do!

At least, for the most part.

Elon recently welcomed babies 6, 7, and 8 over just the course of a few weeks – with two different women.

While Elon seems single-handedly determined to battle the falling birth rate and populate Mars, he's not doing so well on the home front.

According to TMZ, the name change document that she filed listed the reasoning as, "Gender Identity and the fact that I no longer live with or wish to be related to my biological father in any way, shape or form."

The rift between father and daughter could be due to Elon's personal comments and disinterest in supporting transgender individuals, but it could also be that the family is a little bit of a public trainwreck.

Most recently, Elon has engaged in a social media battle with former President Donald Trump as they both compete for the soul of the Republican party.

Isn't that what everyone's family gets up to on a Wednesday?