If you haven’t heard of the ambrosial exclusivity and ‘heaven-on-earth’ that is The Brando, you’re in for a real treat. The 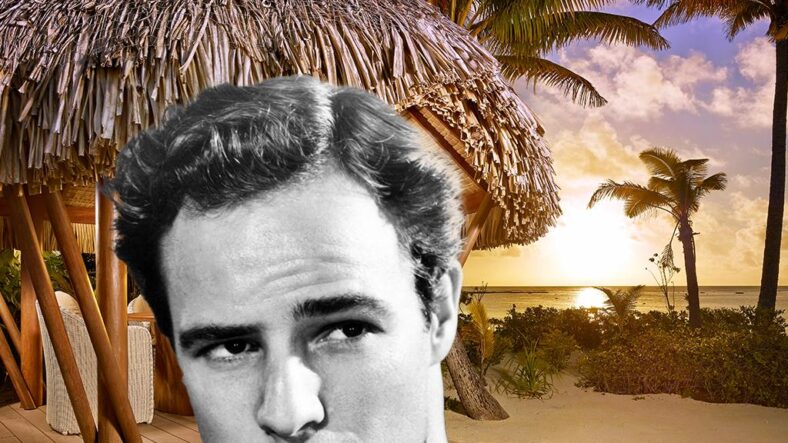 If you haven’t heard of the ambrosial exclusivity and ‘heaven-on-earth’ that is The Brando, you’re in for a real treat. The Brando resort, occupies the island once owned by the late actor Marlon Brando. It is located in the Teti’aroa atoll—an atoll is a ring-shaped reef—of French Polynesia. This private atoll is 30 miles northbound of Tahiti, and has been a weekend getaway for David Geffen, Leonardo DiCaprio, and the Obama family.

The breathtaking Teti’aroa atoll, embraced by a crystal-blue Pacific ocean hue, offers much more than meets the eye. Exclusive resorts tend to primarily focus on the luxurious side of life only, whereas The Brando rises against the grain. With an island this bountiful and rich in history, luxury drops its anchor by default. Paving the way for eco-resort life, tourism and sustainable design, The Brando continues to progress in its objectives.

The Brando Teti’aroa: What to Expect on the Island 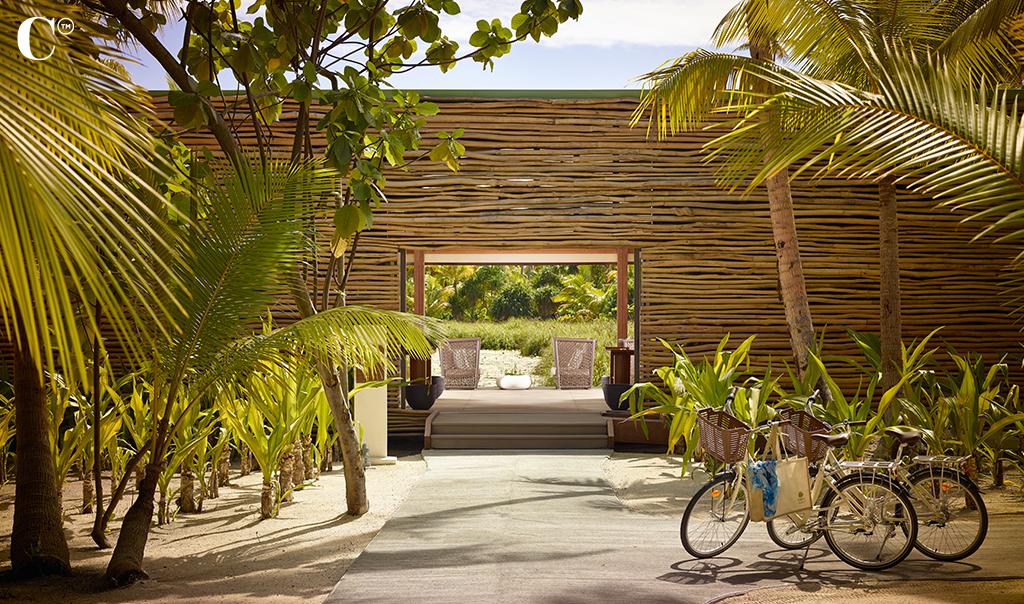 Made up of 12 motu (or coral islands), Teti’aroa is encompassed by a beautiful lagoon along with white sand beaches. As if the scenery weren’t enough, Teti’aroa is globally known for its richness in biodiversity. Eagle rays, parrot fish and lemon sharks are some of the native species inhabiting the island.

Flying to Teti’aroa from Tahiti via AirTetiaroa only takes 20 short minutes. Guests are then greeted shortly after by a Brando representative in the private airfield, and then taken to their villa. The resort itself consists of 35 private villas, three restaurants, two bars, a Polynesian spa, and an infinity pool. In additional to this, onshore/offshore activities include guided boat tours, excursions, the Lagoon school for kids, and more.

Labelled as a hotel with a “sustainable mindset,” The Brando proceeds to set an example of eco-friendly luxury. With carbon neutrality being one of their objectives, The Brando has acquired LEED Platinum certification. This highlights The Brando’s extreme effort in producing low-carbon property. Some other features include SWAC (Sea Water Air Conditioning), solar energy, freshwater sources and a vegetable garden. This unique resort proffers sustainability and accommodates guests with a taste for environmental ethics.

Marlon Brando’s Relationship with The Island 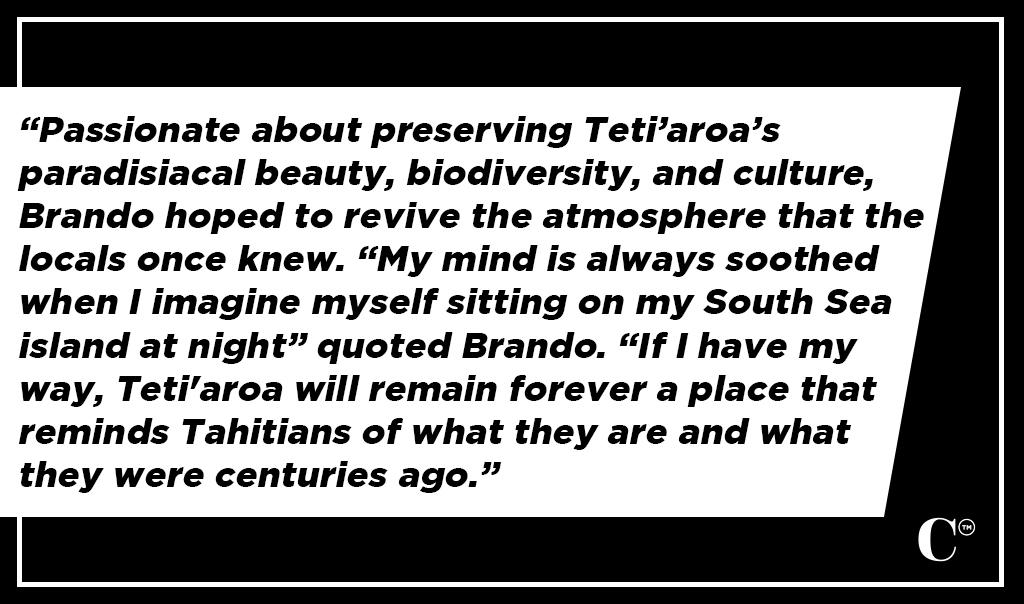 Marlon Brando Jr. was an American actor, filmmaker, and activist of several important causes. His notable works include playing Vito Corleone in the Godfather franchise, and Stanley Kowalsky in “A Streetcar Named Desire.” Some of these causes he was involved in included the civil rights movement and Native American rights.

The island used to be the private residence of the Pomare family, kings of Tahiti. They were the last to own the island before Brando’s arrival. During his set for the film “Mutiny on the Bounty,” Brando fell in love with and acquired a personal respect for the island. Jaded by the inherent racism he witnessed in Hollywood, Brando found solace in the island’s nature. In 1966, the Tahitian government granted Brando a 99-year lease to the island of Teti’aroa. As a result, he became the temporary sole owner. Brando hired L.A. architect Bernard Judge to design Brando’s home, natural village and environmental laboratory.

A place once known for its sanctuary and ritualistic nature, Teti’aroa remains a powerful and sacred place for Polynesians. Passionate about preserving Teti’aroa’s paradisiacal beauty, biodiversity, and culture, Brando hoped to revive the atmosphere that the locals once knew. “My mind is always soothed when I imagine myself sitting on my South Sea island at night” quoted Brando. “If I have my way, Teti’aroa will remain forever a place that reminds Tahitians of what they are and what they were centuries ago.” 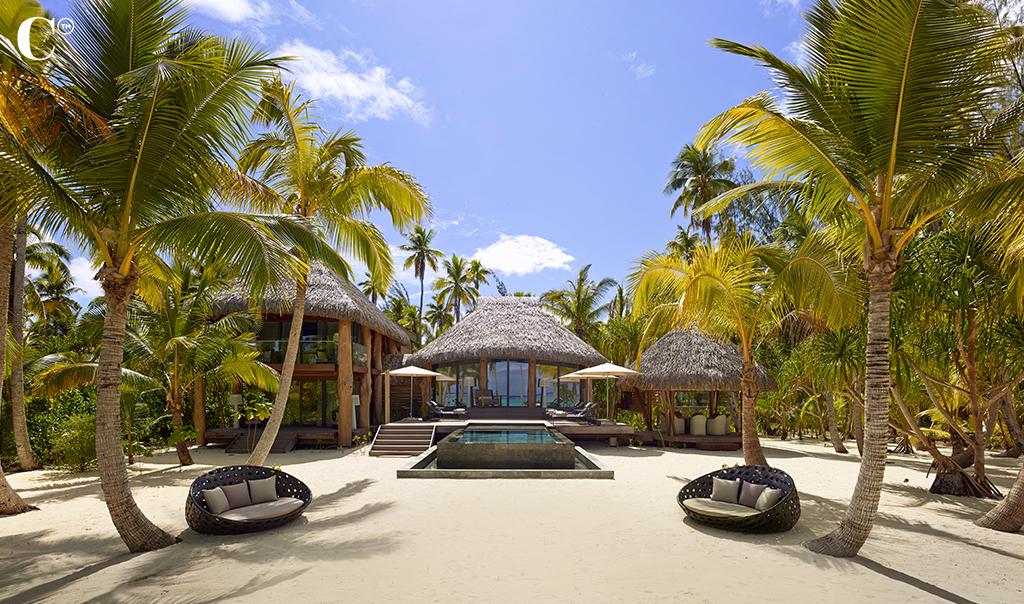 Expensive dreams can be costly, and it should be known that Brando was quite the dreamer. Initially, Brando visited the island to entertain his kids and tourists. However, he then had the thought of making money by opening the place up for tourism. Unfortunately, he did not make enough money from his movies to do this, which affected the maintenance of the island. To make matters worse, after that, a major hurricane swept by in 1983. Consequently, this damaged the land and killed many native birds.

After dealing with family drama, scandals and the uncertainties of Hollywood life, Brando’s absence affected Teti’aroa. Infrastructure failed and debt worsened. Dreams of attaining the perfect paradise ultimately became Brando’s downfall—and he wasn’t the only one affected by it.

The state of the island’s wellbeing was still in ambiguity, even after Brando passed. Shortly after Brando’s death in Los Angeles, “the executors of his estate sold an interest in the island for $2 million to Richard Bailey,” LATIMES confirms.

Preserving Teti’aroa Islands and The Brando 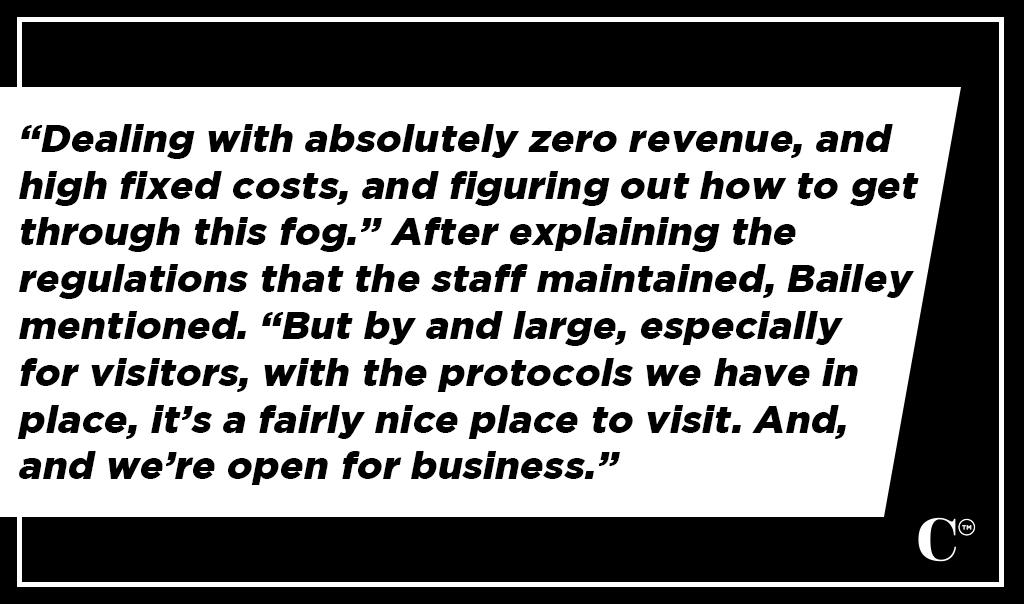 In most aspects, the resort business has been in peril thanks to COVID travel restrictions. But with the assistance of The Teti’aroa Society and Island Conservation, The Brando continues to work on restoring the native habitat of Teti’aroa. Today, The Brando continues to inspire all walks of life with its major conservation efforts for the island. Such efforts include ocean acidification study, monitoring green turtles, shark surveys, lagoon protection, ecological restoration programs of Teti’aroa, and more.

CELEB spoke with Richard Bailey, president and CEO of Pacific Beachcomber, S.C., and an expert in the French Polynesian Tourism market. Bailey is a pioneer in environmental protection and sustainability, and is also a founding member of the Sustainable Travel Leadership Network. “For the last year, we were reeling from a situation like everyone in the lodging industry,” says Bailey, regarding the resort’s response to COVID. “Dealing with absolutely zero revenue, and high fixed costs, and figuring out how to get through this fog.” After explaining the regulations that the staff maintained, Bailey mentioned “but by and large, especially for visitors, with the protocols we have in place, it’s a fairly nice place to visit. And, and we’re open for business.” 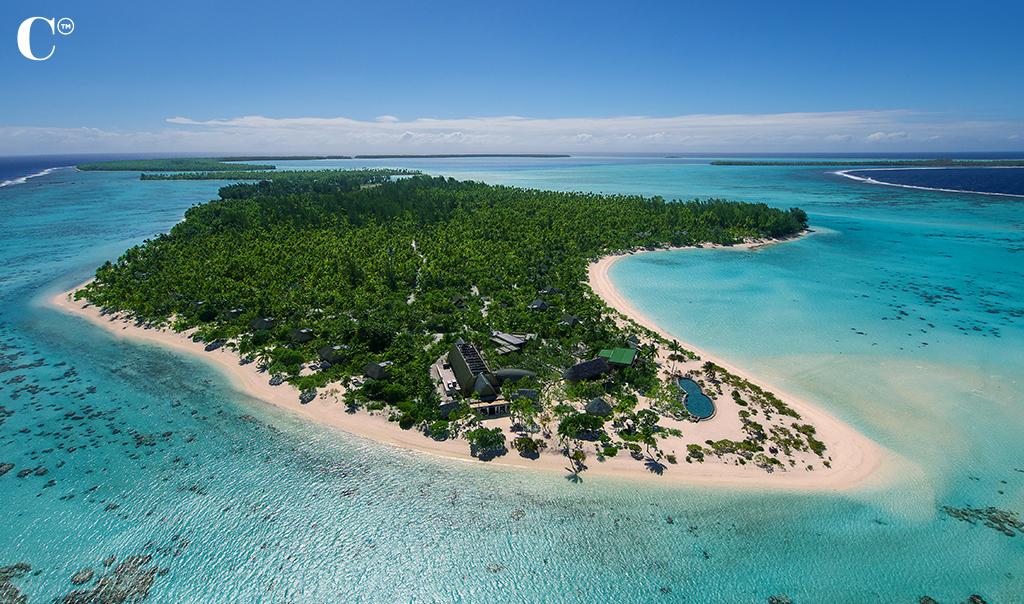 During our interview with Bailey, he dove into the friendship he had with Brando. He mentioned how many would argue that he wasn’t the best father or husband, but he had a huge heart when it came to ocean issues. “He was the real deal,” Bailey says. “He read voraciously about planetary issues, and he talked about sustainability before that word really entered the popular vernacular.” Bailey explains it took a while for their friendship to develop since they came from two different worlds. “I’m a resort developer, and he’s this great actor,” he said. “But he only wanted to talk about the island and how we could preserve it, and how it can be great for visitors.”

Bailey spoke on Brando living the life that Bailey had—in a parallel universe. When they first met, Bailey told Brando he couldn’t help him, because the island at the time was in such a detrimental state. “He had owned this island and tried to bless it, but it wasn’t sustainable.” Brando was upset by Bailey’s initial reluctancy, especially because he was dealing with family trauma; he lost his daughter. Then Bailey suggested that they make a zoo instead, with ideas like underwater bungalows. But Brando resisted against these ideas, “the first thing people do when they get to a small island is walk around it. And I don’t want them to walk in to visual or physical obstructions—it has to look like how it always looks.” Brando didn’t want anything that looked unnatural. 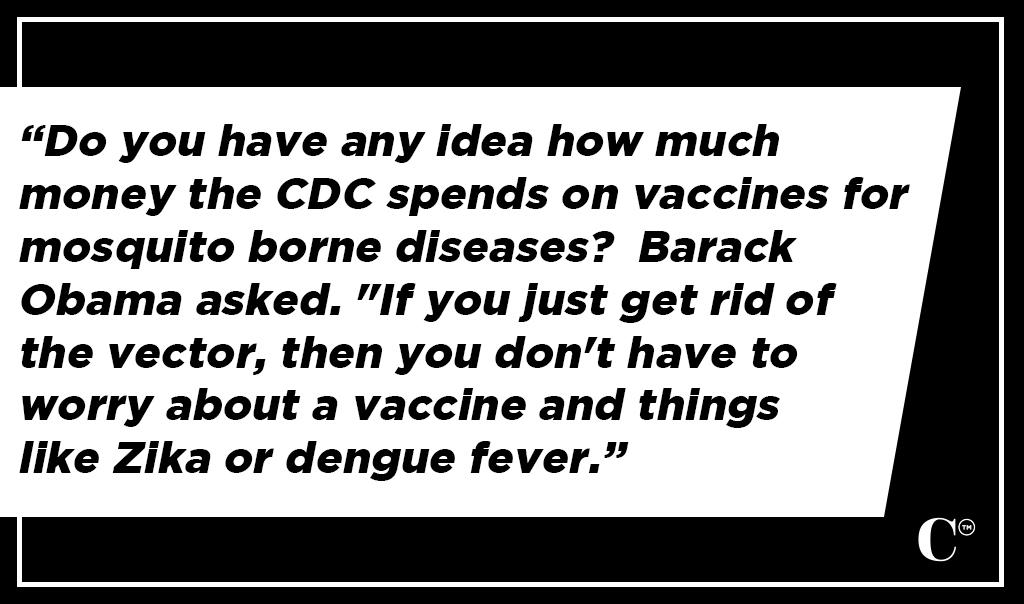 Since opening the resort, Bailey has welcomed many famous guests, including former President Barack Obama, who asked if he could sit with staff and dine, holding his tray like everyone else. He then shook everyone’s hands and asked for their name, asked about their lives and what brought them there. Bailey mentions how during this time, The Brando was experimenting with mosquitos—where a lab would release sterilized male mosquitos. Only female mosquitos bite, so the idea was to depopulate the mosquito situation. Bailey says Obama participated during this mosquito experiment. “Do you have any idea how much money the CDC spends on vaccines for mosquito borne diseases?” Obama asked. “If you just get rid of the vector, then you don’t have to worry about a vaccine and things like Zika or dengue fever.”

Business Continues to Boom, Amid Perils of Tourism in the Era of COVID 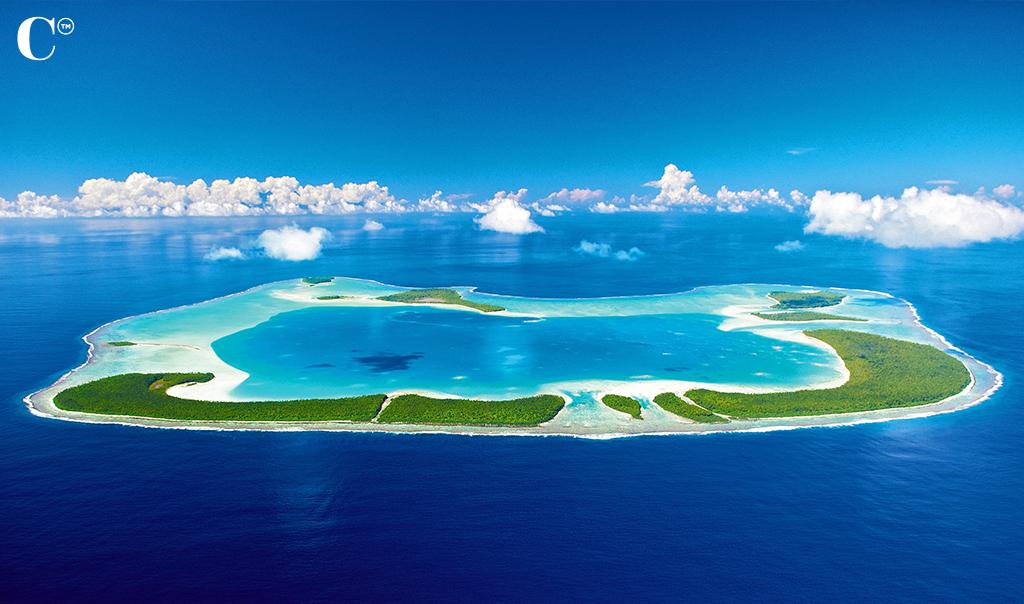 Bailey happily says that resort bookings are picking up. “We’ve raised the bar, obviously, we offer a luxury resort experience” Bailey says. “It’s not just about luxury, it’s about wellbeing and health, feeling good and taking stock of where you are and the inner voyage. Health is a major part of all that. And we absolutely want to offer our guests an experience where they feel like they’re not at risk, health wise. We want to make sure our guests see that we’re doing everything we can and feel reassured by space that we’re offering them. Everything from social distancing to mask wearing, we also intensified our room sanitation and public areas with housekeeping.”

Additionally, Bailey maintained Brando’s promise for an eco-friendly educational environment. The Brando officially runs on 100 percent non-fossil renewable energy. Ultimately, it’s a completely carbon neutral resort. “Sustainability is in our DNA,” Bailey adds. “We don’t say come to the Brando because we are carbon neutral, or we have a lot of sustainability technology, we want you to come because you’re getting a superior experience.”

From May 2021 until March 2022, the hotel website includes all inclusive rates available for booking. 1-person bedroom villas require a two-night booking minimum, with each night ranging from 2,900 euros to 3,300—depending on the season.