Amongst some of the most well-known and professional theaters around the USA, Windy City Playhouse has established its Iconic presence in Chicago’s 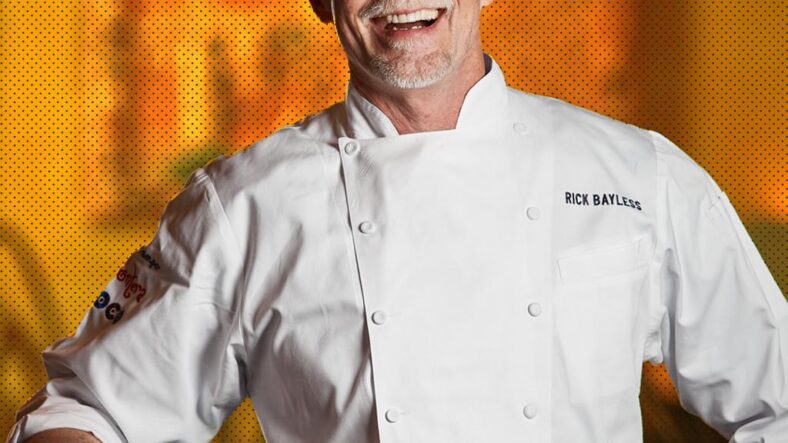 Amongst some of the most well-known and professional theaters around the USA, Windy City Playhouse has established its Iconic presence in Chicago’s Northwest side as a place to “decompress with art”. With the Playhouse’s first debut in 2015, The theater has come a long way in a short amount of time. Capturing the positive attention of critics, earning multiple Joseph Jefferson awards, and the success to open the door of a second pop-up theater.

The Playhouse establishes its pain goal to produce an artistic experience through actors and their acting ability. Inclusion, authenticity, and passion have been promised to Guests of Windy City Playhouse, and hope that guests can walk away with a deeper passion for the arts.

A Recipe for Disaster 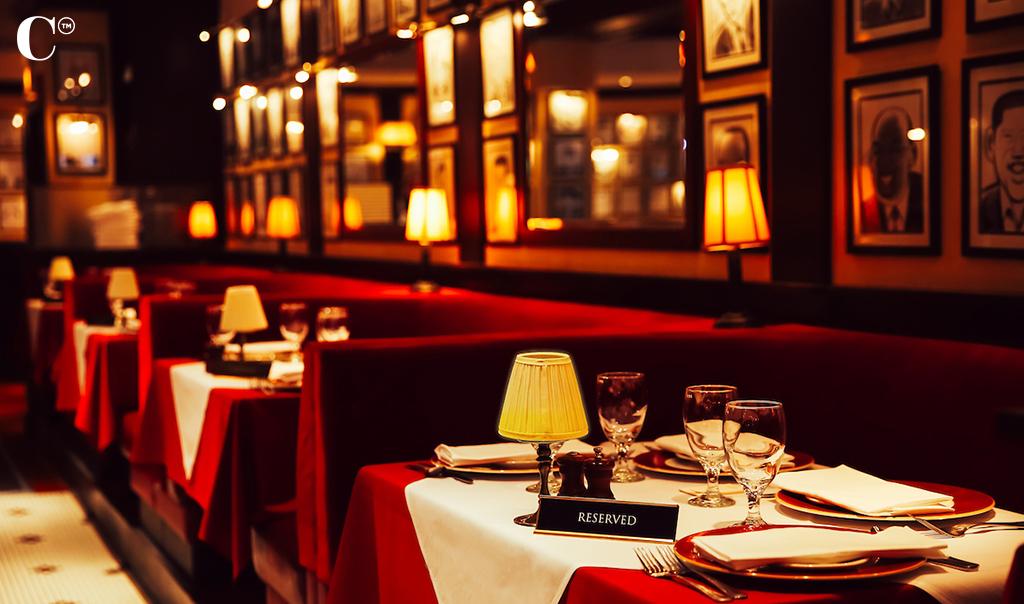 Windy City Playhouse has created a new and diversifying form of viewing art through the theater. The world and the experience within offer a variety of places to enjoy the arts. Guest will be surprised to find that Windy City Playhouse’s debut of “A Recipe for Disaster” will be held at one of Chicago’s finest restaurants. It seems only fit to act out this hilarious experience in the setting where the story takes place. Creators Rick Bayless, Carl Menninger, and Amy Rubenstein invite you to a “live” experience of a restaurant shift gone bad while you enjoy being the center of the disaster.

The actors have prepared a “fly on the wall” experience for guests as the play takes place around the tables and throughout the restaurants. The real life feelings and thoughts will be the most exciting and amusing part for both the cast and guests.  Guest will be seated at a table and served a series of small appetizers and wine pairing to compliment that has been created by Chef Rick Bayless himself and daughter Lanie.

This unique experience will take play in the heart of Chicago at Petterino’s Restaurant. Located at 150 N. Dearborn Chicago Illinois. The theater district is lively and the perfect atmosphere to get in the mood for a positively exuberayting experience. With such an amazing location and concept, the actors and actresses had to be nothing less than amazing. 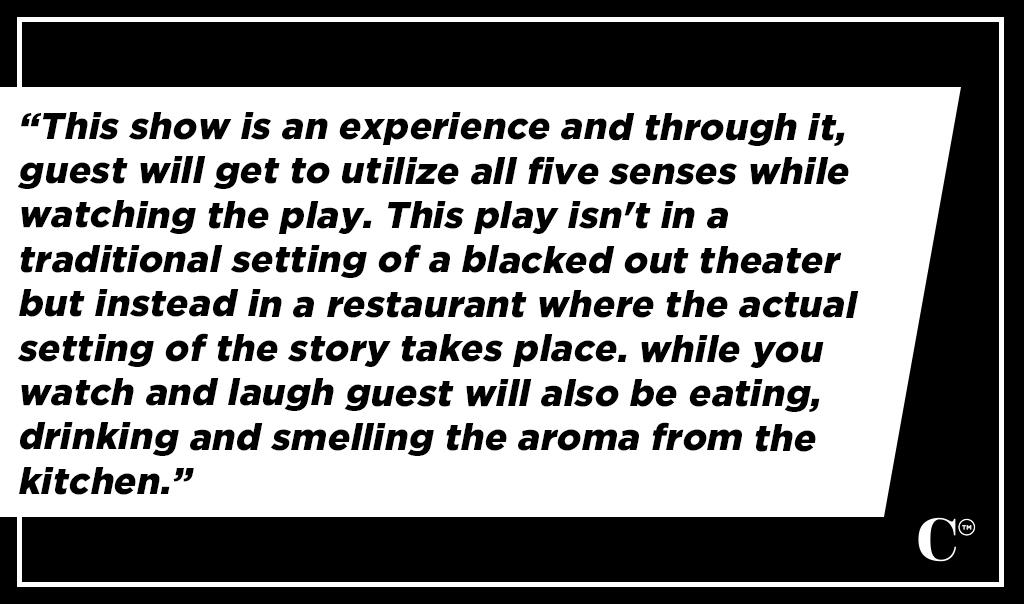 As seen in “All or nothin’, Low Expectations and Chicago P.D. Emma Jo Boyden will take Chicago by storm in her new most comedic role yet. Emma Jo Boyden has been a household name among the theater community in the city of Chicago Illinois for her film presence and theater roles .Originally  from Nevada, Boyden searched to find her place among the theater community in some of the most professional cities such as NYC and Los Angeles.

Luckily the choice of which city to move too came easier when she was selected by an acting agency in Chicago and has never looked back. Boyden explains her love for simply “being committed and authentic” through either film or play acting and explains that she truly loves both, however comedic theater is favorite form of acting. while catching up with the actress, she explains her experience working with this particular theater and cast.

“This project feels special to me above other projects I have been a part of because this show offers many things that have been absent from the world over the past year. This show is an experience and through it, guest will get to utilize all five senses while watching the play. This play isn’t in a traditional setting of a blacked out theater but instead in a restaurant where the actual setting of the story takes place. while you watch and laugh guest will also be eating, drinking and smelling the aroma from the kitchen. This show is a next level theater experience because of the location but also the mood around it. The cast has been on lockdown like everyone else in the world and have been in desperate  need of laughing and community and because of that, this experience  has been created to share that with anyone who needs a laugh.”

The cast of the show are equally talented and bring years of experience to the table. With an ensemble cast, each character shines in their personal role and produces the audience with of great showcase of each characters they will grow to love.

The Founder of Windy City Playhouse 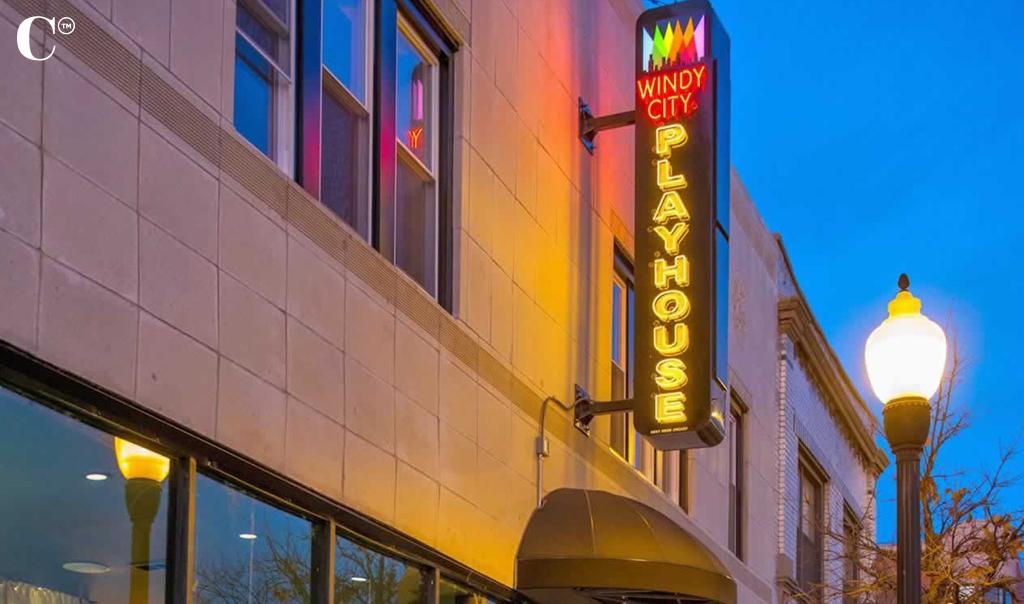 As a world shut down effected many aspects of every day life, the theaters struggled with that elimination of human  and face to face contact. Particularly effected was Windy City Playhouse which focuses on creating an Immersive experience where people  feel that they are one with the art of acting by being closely  seated to the action. Creative Director and Founder of Windy City Playhouse explains “We try to hit all five senses here at the Playhouse because it creates a more immersed experience. The idea for implementing  the five human senses was the basis for A Recipe for Disaster and with that we would like to add that addition to all our pieces”.

The playhouse was scheduled  to open its door in January of 2020 to debut “A Recipe for Disaster” created by Amy Rubenstein, Rick Bayless and Carl Menninger, however a world shut down halted the plans and would further create the need for this particular event.

Founder and creative Director Amy Rubenstein is a long time lover of the theater and spent her young adult life traveling and acting. Chicago was put on the back-burner  for Amy as she moved to los Angeles California to purse an acting career for herself. Rubenstein began a side hustle of real estate becoming rather successful  in the field  however her heart still belonged in the world of theater. Rubenstein knew Los Angeles wasn’t fulfilling  her need for good old fashioned theater acting so she ventured back to her home city of Chicago Illinois and began attending events at the local theater.

Rubenstein tells me that her inspiration and passion for starting a theater happened when she saw a hole between theater goers and everyone else satisfied with sitting at home entertained through the television. “With the rise of media, social media and streaming, theater goers became slimmer and slimmer and I knew I could fill that gap with what we like to call the “gateway theater”. Windy City aims to draw theater goers and non-theater goers outside of their house and into a live experience. The Playhouse works hard to make each play an eventful experience so that it does intrigue  those who would rather stay home”.

The theater is expecting 80 people to attend this comedic mess of an occasion over a span of seven shows a week into next year but not limited to then. Opening night is Wednesday October 6th at 7:30PM at Petterino’s  Restaurant, Chicago Illinois. Tickets are being sold through the end of the year but creative director and founder of Windy  City Playhouse says “as long as our audience is attending, the show will continue  to run”. The cast of “A Recipe for Disaster ” is excited to invite you along for the ride and encourages everyone to step out of their comfort zone and experience laughter, food and drinking with a diverse community of lovers of the theater, food and come