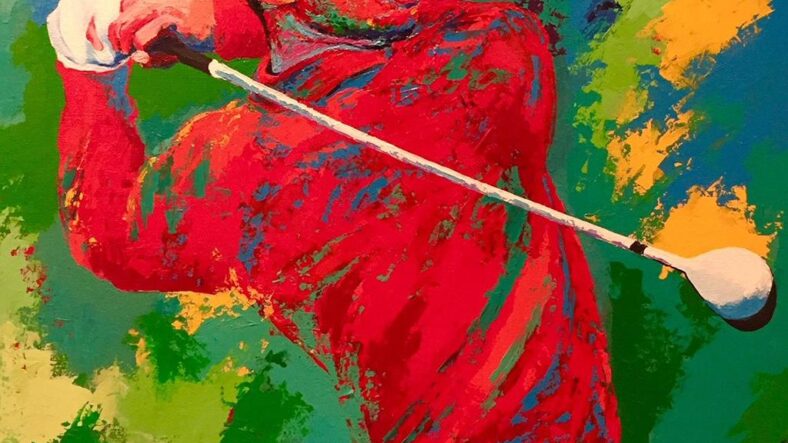 Tiger Woods was cementing his place in history as one of the greatest golfers of all time when his personal life came crashing down. The young perfectionist boasted a sterling reputation and was held up to the world as an example of a pro athlete who could live a clean life and still dominate, over and over. But Woods’ reputation was a series of lies built upon lies, hiding a dark personal life. When the golf superstar’s father died in 2006, his world came crashing down and the next few years would reveal a series of affairs and poor choices that imploded his personal life and revealed the truth behind his reputation. 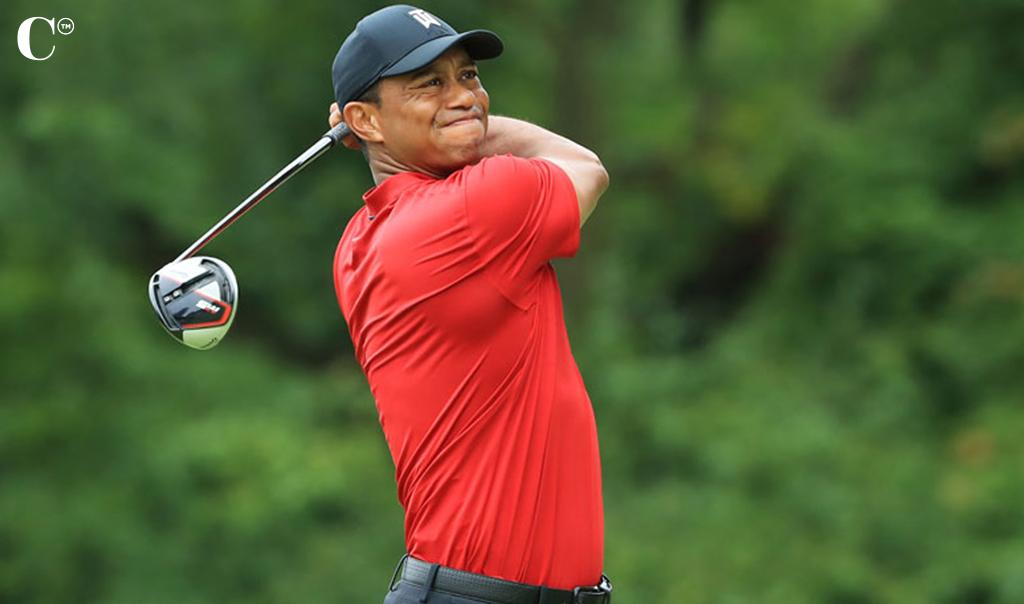 Woods and his father Earl Woods were very close as the golf star grew up. The future golf star held his father in the highest esteem, but his father was a well-known womanizer. It seemed, for most of his life, that although Woods idolized his father and looked to imitate him in many ways, he was not following in his father’s philandering footsteps.

But when the Woods patriarch died in 2006, it set the golf great off on a spiral of risky behavior. Woods often joked that he would quit golf to join the Navy SEALs to honor his father’s military legacy.  But instead of joining, Woods instead turned the military experience into an exercise in self-abuse. Woods offered himself up for training often, which involved him acting as a live target. The golf star was slammed around, shot at with training rounds, and his left knee was smashed, over and over. The high-impact experience caused significant damage to Woods’ body over time. With no ACL in his left knee, Woods broke his knee at the 2008 Us Open but willed himself to victory through 91 agonizing holes. As he grimaced and pressed through the game, Woods’ reputation soared even higher, and his tenacity earned him approbation. 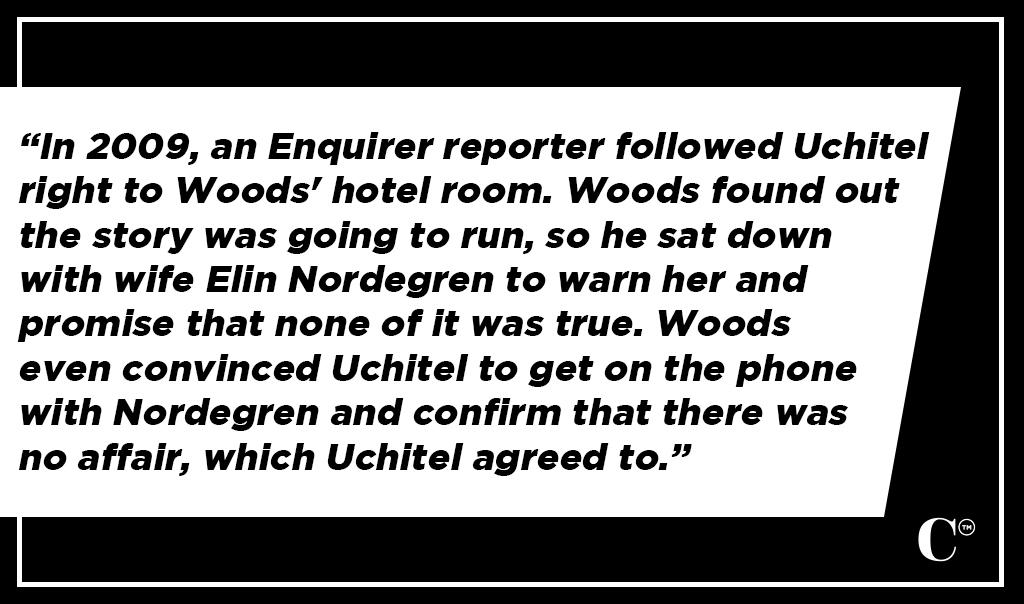 Woods’ infamous mistress, Rachel Uchitel, sat down with documentary producers to reveal details she has long left unshared. Uchitel talked about how she and Woods’ relationship was more about intimacy and openness than sex. According to Uchitel, what Woods needed most from her was the ability to let loose and be himself with the pressure of living up to the reputation he had built for himself as a perfect athlete and role model. It would be Uchitel’s affair with Woods that would reveal everything he had been trying so hard to conceal.

But Uchitel was not the first, and far from the only, “other woman,” in Tiger Woods’ life. The documentary details a waitress at a restaurant near Woods’ family’s home, and a madame for high-end escorts who Woods solicited. Woods would spend six figures on debaucherous weekends, with escorts claiming the golf star would entertain himself with multiple women at once, and he had a penchant for role-play sex.

The National Enquirer claims Woods had as many as 120 affairs, although the number remains unverified and is likely lower. The Enquirer played a proud part of the golf legend’s implosion, and at one point the documentary reveals that one of their reporters collected a used tampon from one of Woods’ mistresses to keep as proof. The salacious gossip magazine even used blurry pictures of that same film to strong-arm woods into appearing on a sister company’s magazine cover in exchange for silence.

In 2009, an Enquirer reporter followed Uchitel right to Woods’ hotel room. Woods found out the story was going to run, so he sat down with wife Elin Nordegren to warn her and promise that none of it was true. Woods even convinced Uchitel to get on the phone with Nordegren and confirm that there was no affair, which Uchitel agreed to.

But on November 27, 2009, Nordegren used Woods’ phone to catch Uchitel and her husband’s lie. That same night, Woods crashed his car while high on Ambien and vicodin.

Once that incident became public, people began believing the Enquirer’s story about the affair, and the secrecy dam broke. Name after name surfaced and soon Woods’ list of mistresses was well over a dozen, and the sports world turned on him. Those who knew Tiger best claimed that the sports world had always been eager to turn on the young legend. Not only was he Black, but he boasted the kind of reputation that seemed too good to be true. 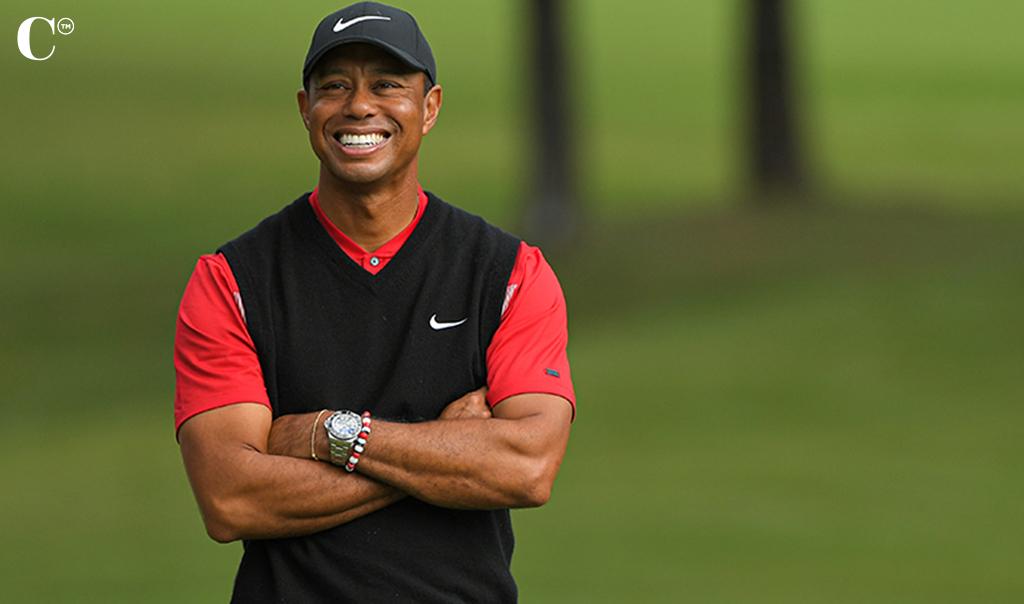 In 2010, Woods took the controversial step of publicly apologizing. CNN shares his apology which stated in part, “I knew my actions were wrong. But I convinced myself that normal rules didn’t apply. I never thought about who I was hurting. Instead, I thought only about myself. I ran straight through the boundaries that a married couple should live by. I thought I could get away with whatever I wanted to. I felt that I had worked hard my entire life and deserved to enjoy all the temptations around me. I felt I was entitled. Thanks to money and fame, I didn’t have far — didn’t have to go far to find them.

I was wrong. I was foolish. I don’t get to play by different rules. The same boundaries that apply to everyone apply to me. I brought this shame on myself. I hurt my wife, my kids, my mother, my wife’s family, my friends, my foundation, and kids all around the world who admired me.”

Woods hoped from there that he could move forward with his divorce and career in peace. But Woods’ career would continue to show ups and downs as his knee and back demanded a tax for the years he mistreated them. Although some of Woods’ games showed his former star power, his career was on a downward slide and he ultimately decided to step away temporarily in 2016.

The absence of the one constant accomplishment in his life, his golf career, sent him on an even darker spiral.

In 2017, Woods was arrested on a DUI after he was pulled over for swerving. A drug panel proved that the golf great had 5 drugs in his system including xanax and opiates. In the arrest video, the police ask Woods to receive the alphabet slowly, then ask the athlete to confirm that he understood instructions. Woods answers nonsensically, clearly disoriented, and a video of him post-arrest in a holding room show the athlete grimace in pain in a drugged slump as his arms are cuffed behind his back.

After 2017 Arrest, Tiger Woods Has to Grapple with Reality 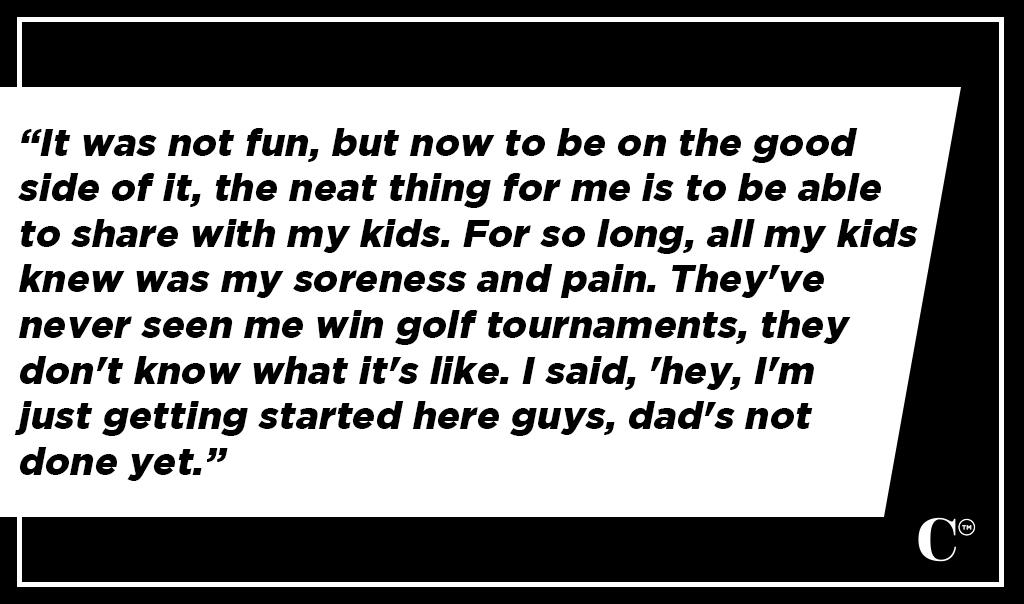 Woods entered treatment for drug abuse after his 2017 arrest, and emerged healthier and more clear-minded than ever. His battle against drug addiction and self-professed sex addiction were documented, and people watched to see whether the Woods of yore would return, or the broken man of recent years was still lurking.

By the end of 2017, Woods was back on the course after successful back surgery relieved much of the star’s pain. His swing looked good, and the golf star explains in a voice-over how hopeful he felt. Woods’ first competitive stint back on the course at the end of 2017 proved that he was back; the Tiger of the early 00’s who had dominated all tournaments had returned and was ready to win. As he played, it was clear he was more relaxed, enjoying himself more, and he began to connect with competitors and fans he had previously ignored. It was clear that Woods was embracing his second chance, and he was ready to rise to the top, but this time with humility.

Woods explains, “I’m very lucky. I’m grateful to have been given the opportunity to have a life and, then on top of that, blessed to even have the opportunity to play golf,” and explains how his physical ailments kept him from enjoying life.

The star athlete continues, “It was not fun, but now to be on the good side of it, the neat thing for me is to be able to share with my kids. For so long, all my kids knew was my soreness and pain. They’ve never seen me win golf tournaments, they don’t know what it’s like. I said, ‘hey, I’m just getting started here guys, dad’s not done yet.’”

In 2019, Woods’ domination at the Masters Tournament showed that his comeback was complete. The champion returned to the top with an understanding for what it means to overcome, embrace life, and recognize the people around him as a part of his story instead of footnotes. After 11 years of a downward spiral, Woods clinched his 5th Masters win and 15th major tournament title. After winning, Woods immediately embraced his children.

The documentary ends as a voiceover of his father from an old interview explains, “…Sometimes I get very emotional when I talk about my son. My heart fills with so much joy when I realize that he will transcend this game. This is my treasure. Please use it wisely.” 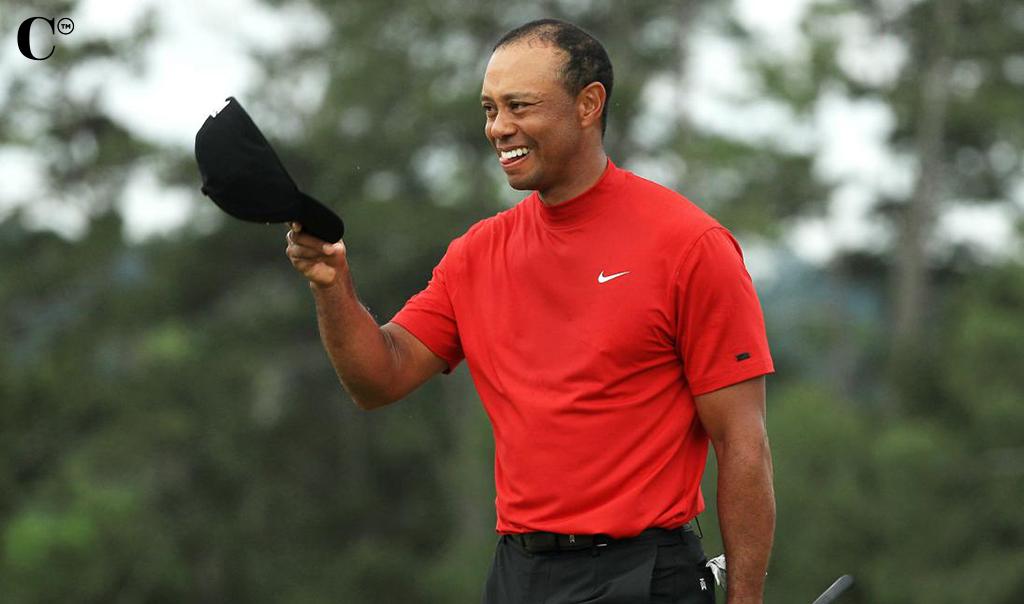 The reasons for Woods’ downfall and eventual redemption seem threefold. One, the example he was given as a child was of a man who womanized freely and whose excesses were well-known. Two, Woods’ attempt not to follow in his father’s footsteps created a reputation that was indeed too good to be true. It would be impossible to live up to the shining example he painted himself to be. And three, the pressure his father heaped on him while alive. It was clear that Earl idolized his son back, and talked often about his son being one of the greatest figures in history.

When his father died, Woods must have been at war within himself between the need to both imitate and live up to his father’s expectations, and also grapple with the devastation that grief and physical pain were wreaking on his mental state.

Whatever pushed the golf great over the brink, the documentary doesn’t guess at. But it does paint a complex and lengthy picture of how one of the sports world’s most perfect sons was dragged down eagerly by those who hoped for his fall. However, as soon as he was on top again, they cheered as though they had never jeered. Woods seems to be on a better path now, which the documentary neglects to detail. But the long-reaching effects of a decade of pain and poor choices will continue to hound the golf legend, and time will tell if he’s truly come out the other side for good.

Both parts 1 and 2 of the documentary are available to stream on HBO Max.