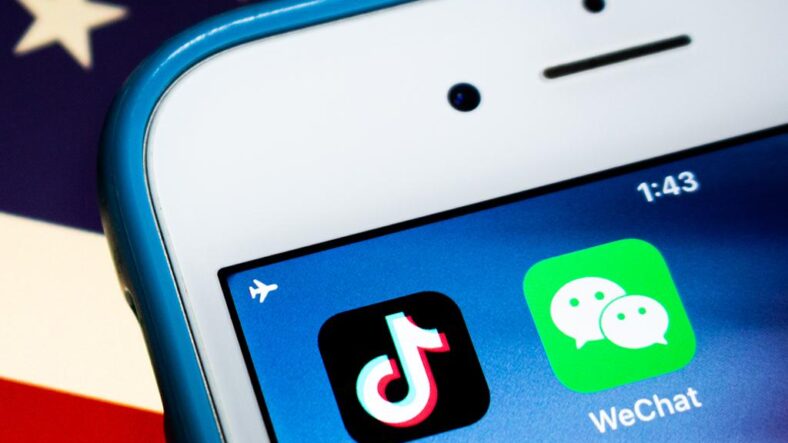 Users of app giant TikTok and WeChat have been nervously watching the negotiations between their parent companies and the White House. Chinese-owned ByteDance Ltd. and Tencent have been furiously working to find a way to comply with an Executive Order issued by the President in August, hoping to avoid having their popular apps shuttered. However, the clock has run out and, starting Sunday, big changes are coming to both TikTok and WeChat.

What Did the Executive Order Say?

The order, issued by President Donald J Trump on August 6th, reads in part, “I, DONALD J. TRUMP, President of the United States of America, find that additional steps must be taken to deal with the national emergency with respect to the information and communications technology and services supply chain declared in Executive Order 13873 of May 15, 2019 (Securing the Information and Communications Technology and Services Supply Chain). Specifically, the spread in the United States of mobile applications developed and owned by companies in the People’s Republic of China (China) continues to threaten the national security, foreign policy, and economy of the United States. At this time, action must be taken to address the threat posed by one mobile application in particular, TikTok.

TikTok, a video-sharing mobile application owned by the Chinese company ByteDance Ltd., has reportedly been downloaded over 175 million times in the United States and over one billion times globally. TikTok automatically captures vast swaths of information from its users, including Internet and other network activity information such as location data and browsing and search histories. This data collection threatens to allow the Chinese Communist Party access to Americans’ personal and proprietary information — potentially allowing China to track the locations of Federal employees and contractors, build dossiers of personal information for blackmail, and conduct corporate espionage.”

The order goes on to say that information from India’s Ministry of Electronics and Information Technology has concluded that TikTok is a national security risk, and Trump feels as though he has no choice but to shutter the apps unless an American-based company will buy them.

Critics Suggest Trump Has a Personal Beef with TikTok

Although the executive order strictly focuses on a national security risk, critics of the president point to another possible motive. A campaign rally that the president had planned over the summer became a massively disappointing flop after TikTok users encouraged one another to sign up for free tickets to attend the venue. Although the tickets were first-come, first-served and no seats were lost as a result of the efforts it confused the campaign’s analytics. Where they expect over 100,000 to attend due to claimed tickets, a measly 6,000 actually showed. An extra stage constructed outside to handle over-flow was hastily de-constructed, and Trump returned to the White House looking angry and defeated.

Many suggest that this is why Trump has a personal vendetta against TikTok, and have been sounding alarm bells about government over-reach over the president’s personal beef with users of the app.

Which Company is Planning to Buy TikTok?

For a while, it looked as though American-owned Microsoft was the frontrunner to acquire TikTok and WeChat. However, since then, Oracle has emerged as the front-runner and an 11th-hour deal was announced this week. The deal seems to stop short of a full sale of the company from ByteDance Ltd to Oracle, but it theoretically should have met the president’s requirements. Details still have yet to be hammered out. Tencent has not settled on a buyer for WeChat, and appear to still be seeking legal remedy.

Oracle as the Frontrunner Raises Other Concerns

While businesses anxiously await the outcome of the stand-off between ByteDance, Tencent, and the White House, another motive for the president’s strong-arm may be at play. Co-founder of Oracle, Larry Ellison is an open Trump supporter. In fact, he is one of the few large corporation owners to openly throw support behind a political candidate. Although Ellison has stepped down from CEO, he remains at the company in the capacity of executive chairman and chief technology officer, and is in line to massively benefit from acquiring successful TikTok.

Interestingly, Ellison is also credited with being the brains behind the idea that hydroxychloroquinoline would be a miracle cure for COVID-19. Trump ran with this theory in the face of scientific consensus to the contrary.

DailyMail reports, “Last month, Trump threw his support behind Oracle buying TikTok, calling it a ‘great company’ and saying: ‘I think that Oracle would be certainly somebody that could handle it.’

Trump’s seal of approval drew renewed attention to his links to Oracle co-founder Larry Ellison, who is likely to see a big payday thanks to the TikTok deal.”

What Happens for TikTok After Sunday?

New downloads of TikTok will be banned after Sunday. Yahoo! Newsreports, “…existing TikTok user will be able to continue using the app until November 12 — when it would also face a full ban on its US operations.

But the Commerce Department said if national security concerns over TikTok were resolved before then, the order may be lifted.”

What Happens for WeChat After Sunday?

Due to Tencent failing to progress in a deal, WeChat will be completely shuttered after Sunday. According to Tech Crunch, “‘From that date, WeChat also will not, seemingly, work at all, with the U.S. forbidding “any provision of internet hosting services enabling the functioning or optimization’, any provision of content delivery, internet transit or peering services, or any provision of constituent code, functions or services.”

What Happens Between Now and November 12th?

Since ByteDance appears to be negotiating in good faith to comply with the executive order, the extension will allow them to finalize plans with Oracle. But another huge event will occur between now and November 12th; the 2020 Presidential Election. Critics of the president point out that he has extended the date to avoid angering young voters, with whom he’s already struggled to make inroads.

In the meantime, Oracle and apparently Walmart will continue discussing the future of TikTok, with the former likely to acquire control over US data of TikTok users to hold in trust. This would avoid a full sale to Oracle, but should satisfy national security concerns for the Trump administration. Time will tell what happens, but for now, people who are interested in TikTok should hurry and download it before they lose the chance to.

TikTok Strikes 11th-Hour Deal, so Who Won the Battle?!

What Happened To MySpace Tom? The Reinvention Of Everybody’s First Friend