Get ready, Timothée Chalamet fans, because you’re about to see the actor like never before! Yep, it was just announced 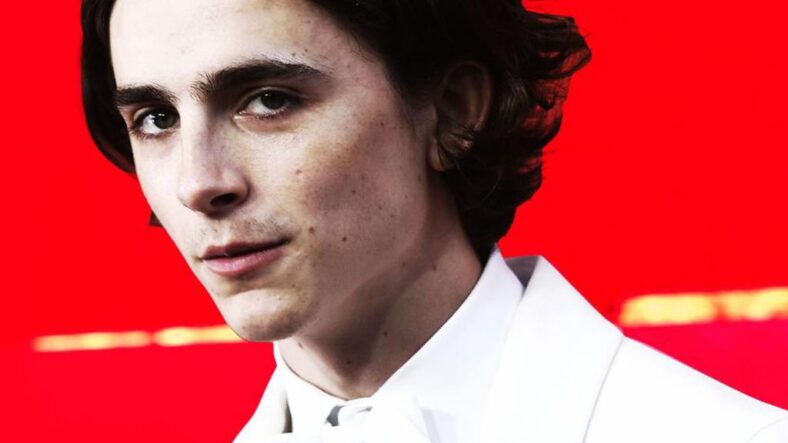 Get ready, Timothée Chalamet fans, because you’re about to see the actor like never before! Yep, it was just announced that he’s going to star as Willy Wonka in a Willy Wonka and the Chocolate Factory prequel movie, called Wonka, and we couldn’t be more excited about it.

But wait, what’s it going to be about? What will go down in the new flick? Will any of the OG stars return for it? Who else is in the cast? And when will it come out? Not to worry, you guys, because we broke it all down for you. Here’s everything you need to know about Wonka…

What Will ‘Wonka’ Be About? 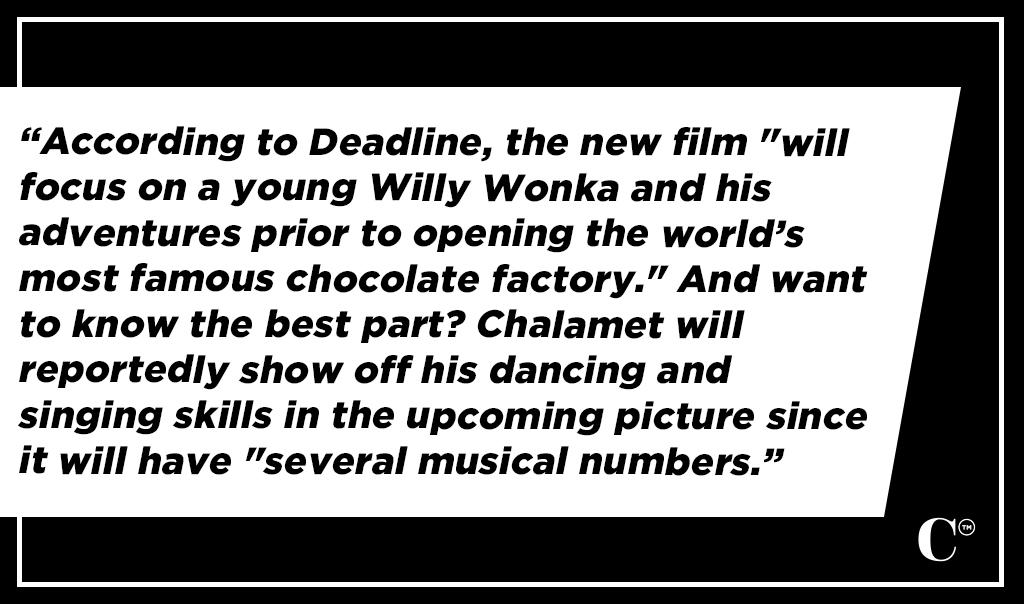 As fans know, the original movie came out in 2005, and it starred Gene Wilder, Jack Albertson, Peter Ostrum and more. It was based off a book by Roald Dahl, and it was all about a poor boy who found one of five golden tickets (which were hidden inside chocolate bar wrappers). The ticket allowed him to enter, along with his Grandpa Joe, Willy Wonka’s magical factory.

According to Deadline, the new film “will focus on a young Willy Wonka and his adventures prior to opening the world’s most famous chocolate factory.” And want to know the best part? Chalamet will reportedly show off his dancing and singing skills in the upcoming picture since it will have “several musical numbers.”

“He’s been the top choice for some time but scheduling was a hurdle that had to be overcome as training for those numbers is included in the prep for this film,” the outlet added.

Paul King (who was previously behind the Paddington series) will direct the movie, from the screenplay he wrote with Simon Farnaby (who has worked on Yonderland, Ghosts and more). It’s unfortunately still unclear who else will be starring in it or what exactly is going to go down, but we do know that Charlie Bucket will not be in the movie, since it will focus on Wonka as a kid.

Who Even Is Timothée Chalamet? 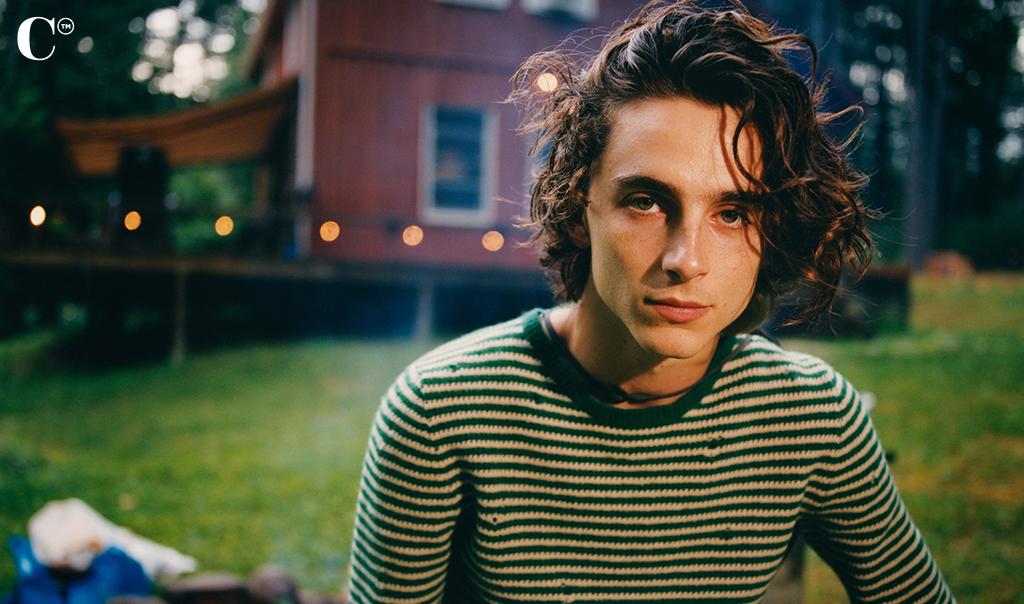 Chalamet stepped into the scene back in 2012, when he landed a role in Royal Pains as Luke. He also starred in Homeland, Trooper, Men, Women & Children, Worst Friends, Interstellar, One and Two, The Adderall Diaries, Love the Coopers, Miss Stevens, Hot Summer Nights, Lady Bird, Hostiles, Beautiful Boy, A Rainy Day in New York, The King, Little Women and more. He’s probably most known for his role in and Call Me by Your Name, which landed him an Oscan nomination in 2017. He is actually the third-youngest person in history to be nominated for an Academy Award for Best Actor as well as the youngest since 1939.

What Else Does He Have Coming Up? 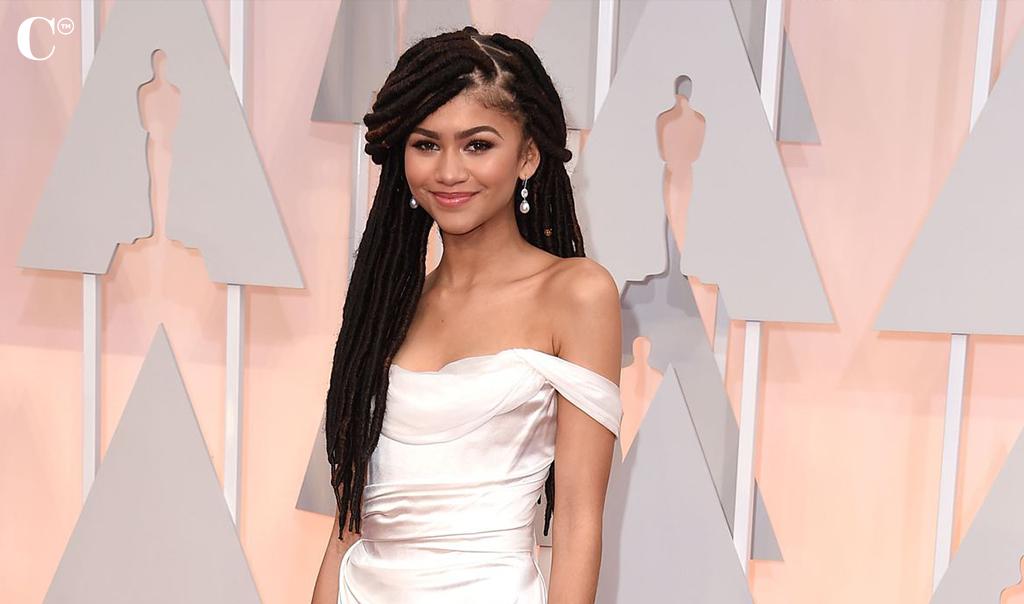 Besides Wonka, the 25-year-old’s got a few other movies in the works at the moment, including the highly anticipated flick Dune, which will also star Zendaya. For those who don’t know, the sci-fi movie is based off of a popular book series by Frank Herbert. Here’s the official synopsis: “A mythic and emotionally charged hero’s journey, Dune tells the story of Paul Atreides (Chalamet), a brilliant and gifted young man born into a great destiny beyond his understanding, who must travel to the most dangerous planet in the universe to ensure the future of his family and his people. As malevolent forces explode into conflict over the planet’s exclusive supply of the most precious resource in existence — a commodity capable of unlocking humanity’s greatest potential — only those who can conquer their fear will survive.”

“There’s a deep, deep intelligence in the eyes, and he has an old soul,” director Denis Villeneuve said of Chalamet. “I have the impression when you talk with Timothée he [has] lived many lives.”

It’s set to hit theaters on October 1, 2021. You will also be able to catch him in The French Dispatch, which is described as, “A love letter to journalists set in an outpost of an American newspaper in a fictional 20th-century French city that brings to life a collection of stories published in ‘The French Dispatch.’” He’s also going to act in Don’t Look Up, which features an ensemble cast led by Jennifer Lawrence and Leonardo DiCaprio, who “portray two low-level astronomers attempting, via a media tour, to warn mankind about an asteroid that will destroy Earth.” Finally, he’s also been cast in Bones & All, which is going to be a horror-love story.

What Other Movies Do We Have To Look Forward To? 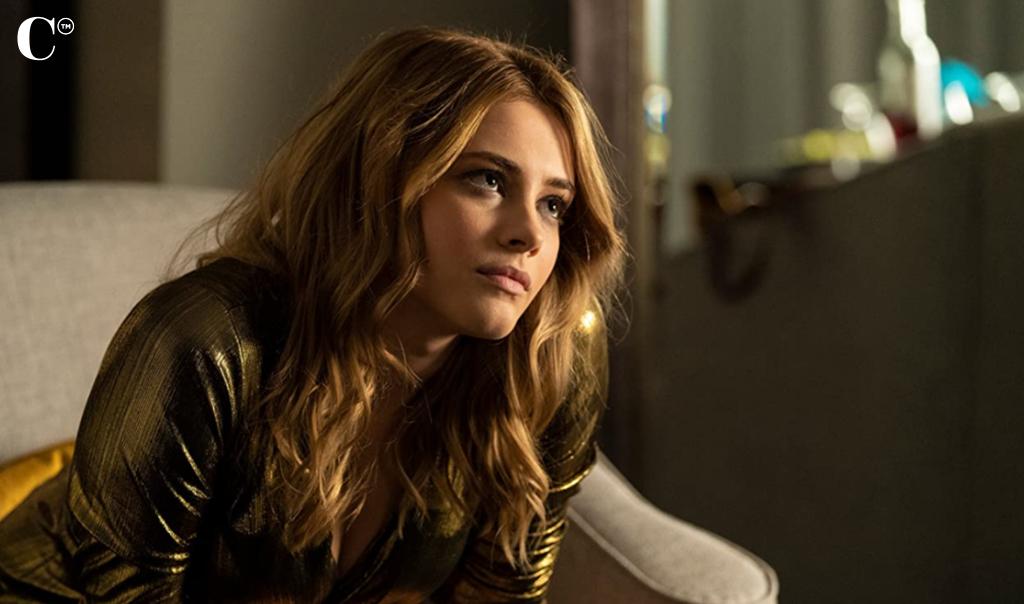 It turns out, this isn’t the only prequel movie that we have to get excited about. Yep, apparently, Disney is making a Pirates of the Caribbean prequel that’s going to star Zac Efron! Some reports have claimed that the High School Musical alum is going to play Captain Jack Sparrow when he was younger, and we are freaking out over this!

There’s also going to be an After prequel — focusing on Hardin’s life as a kid, long before he met Tessa.

“[Hardin’s] gone through a lot of trauma in his family life and in his relationships, and [we’ll] see more of that messiness before he meets Tessa, and how that experience changes him,” director Castille Landon told Teen Vogue of the prequel movie. We can’t wait!