Tinsley Mortimer may have quit The Real Housewives of New York City last year, midway through production on season 12, 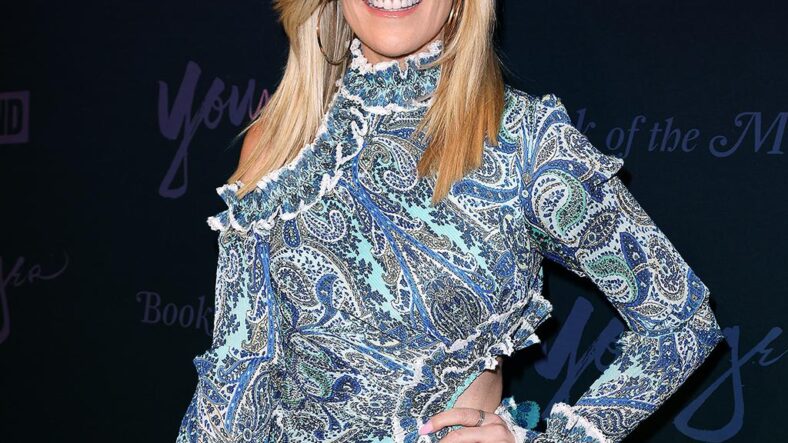 Tinsley Mortimer may have quit The Real Housewives of New York City last year, midway through production on season 12, but she did attend the reunion taping last month.

In a sneak peek at the second installment of the three-part special, Tinsley, who moved to Chicago from the Big Apple at the end of last year, is seen confronting Dorinda Medley about the distasteful “turkey baster” comment she made to her during a girls trip in The Berkshires.

“I’m assuming that the two of you have not spoken since Tinsley left for Chicago,” host Andy Cohen tells Tinsley and Dorinda as the clip, which was shared by Queens of Bravo on Twitter, begins.

“No, of course not,” Tinsley replies.

During the early episodes of The Real Housewives of New York City season 12, Tinsley was seen at odds with Dorinda due to the negative things she had been saying about her relationship troubles. As fans well know, Tinsley had been in an on-again, off-again relationship with her now-fiance Scott Kluth for years before he proposed in November 2019 after a months-long break.

While Tinsley had been open with their ups and downs on the show, and got emotional on a number of occasions, Dorinda poked fun at Tinsley numerous times and once joked that she’s had chewing gum last longer than Tinsley’s relationships. Dorinda also joked that Tinsley would need the help of a turkey baster when it came time for her to start a family.

As the preview continues, Dorinda accuses Tinsley of distancing herself from the cast.

”I think Tinsley’s only spoken to [Leah McSweeney] but Tinsley never really spoke to any of us after she left every year anyway,” Dorinda alleges.

“It doesn’t matter Dorinda,” Tinsley replies. “We were actually friends at one point. And, I mean, the vile turkey baster comment when women who cannot get pregnant and infertility is such a huge [issue].” 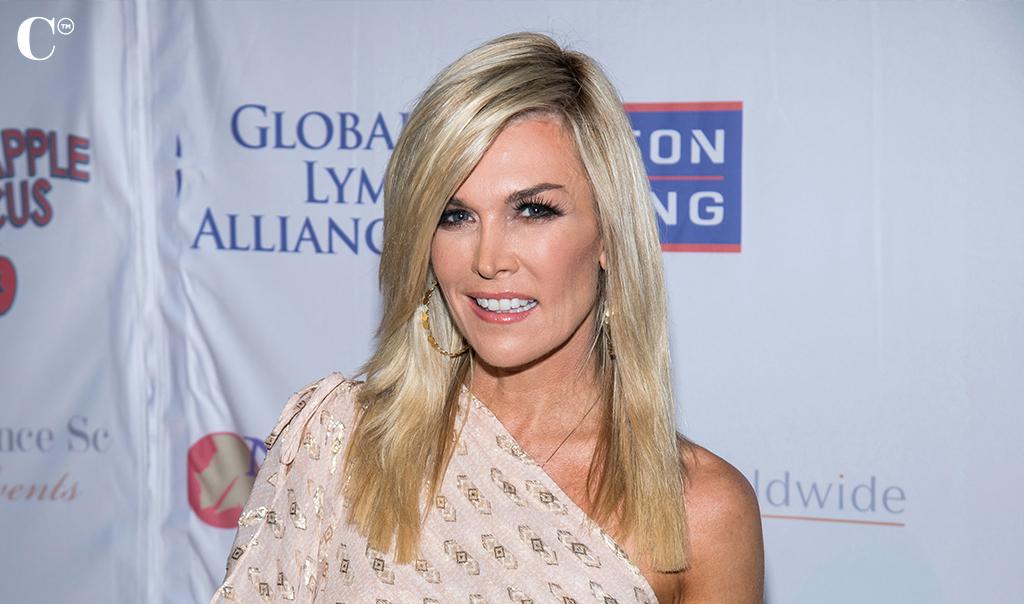 Once Tinsley brings up the offensive statement, Dorinda attempts to defend herself by suggesting that Tinsley doesn’t actually have infertility issues.

“But do you have any problem getting pregnant? No…,” she says.

“No, everybody. The women in this world that want to have a child,” Tinsley clarifies.

According to Tinsley, she’s been shaming for both wanting a child and for not yet having any kids of her own. However, according to Dorinda, she believes Tinsley should have a child and tells her during the clip that she expected her to be pregnant at the time of the reunion taping.

“No! I think you should have… I’m surprised you’re not pregnant already. You’ve been talking about getting pregnant,” she points out. 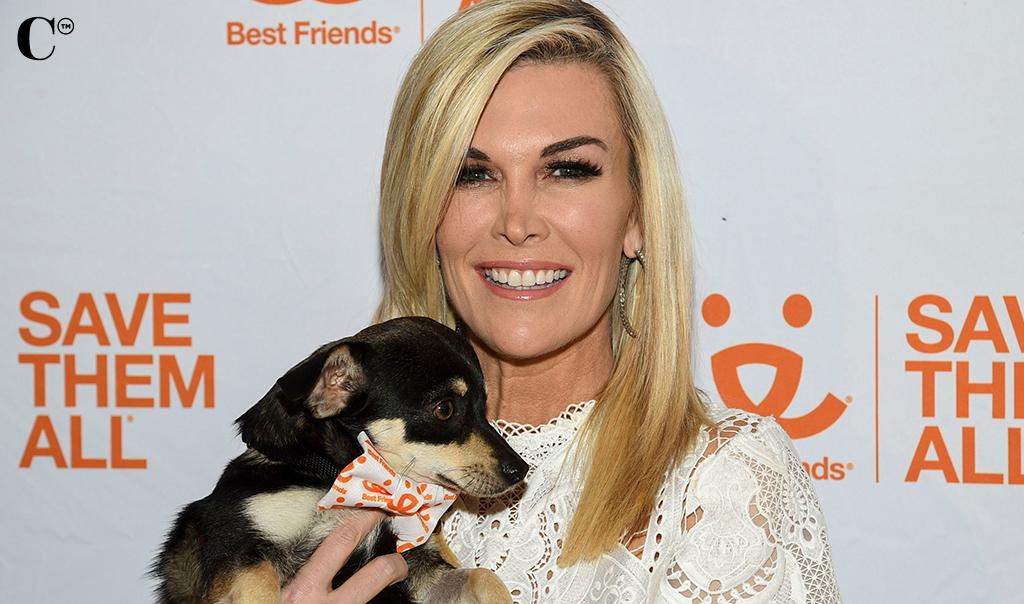 At that point, Tinsley has had enough and takes it upon herself to bring Andy’s use of a surrogate into their argument.

“Dorinda, stop! A turkey baster? That’s IVF. Andy’s baby [was born through] IVF, would you say the same thing to Andy?” Tinsley asks.

As Bravo fans likely know, Andy welcomed his first child, son Benjamin, in February of last year with the help of a surrogate, who underwent in-vitro fertilization.

“Stop! She said something very important that I’ve never heard Dorinda say,” Ramona yells as the preview goes on. “Please say it again.”

After Dorinda denies that she’s never apologized and reminds Ramona that she’s said, “I’m sorry,” to her on a number of occasions, she repeats an apology regarding her infertility joke.

“It’s not a joke. How dare you? It’s so awful,” Tinsley fires back.

While Dorinda claims she didn’t make the comment in an effort to attack those who couldn’t conceive naturally, Andy takes offense to the statement and tells Dorinda, “I thought it was mean.”

After again saying that she apologized, Dorinda points out that many of her Real Housewives of New York City cast mates “laughed” at her “turkey baster” comment when it was made.

“You still said it, and it will never go away,” Tinsley replies.

Weeks after the Real Housewives of New York City’s season 12 reunion was filmed, Dorinda shocked fans when she suddenly took to her Instagram page and revealed she would not be returning to the show for its upcoming 13th season. 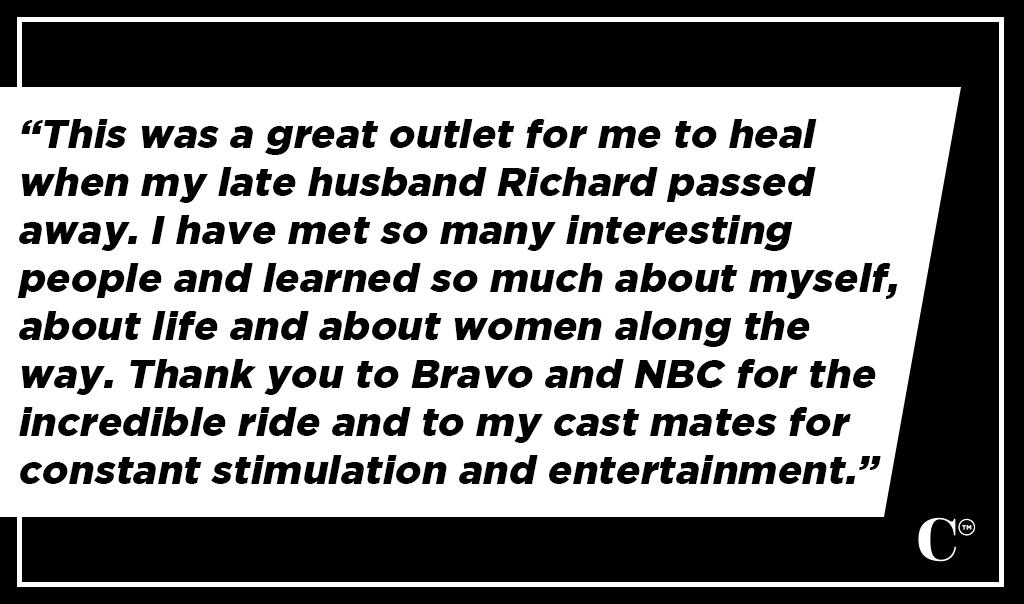 “What a journey this has been. I have laughed and cried and tried to Make it Nice… But all things must come to an end,” Dorinda said in her August 25 post.

“This was a great outlet for me to heal when my late husband Richard passed away. I have met so many interesting people and learned so much about myself, about life and about women along the way,” she continued. “Thank you to Bravo and NBC for the incredible ride and to my cast mates for constant stimulation and entertainment.”

”I wish you all health, happiness and success,” she added.

In response to the statement, Andy and Dorinda’s former co-stars, Leah and Ramona, offered messages in the comments section of her post.

“What a ride. Unforgettable,” Andy shared.

“All the same to you,” Ramona replied.

Dorinda Has Faced Rumors of a ‘RHONY’ Firing

After announcing she would not be included in season 13, Dorinda faced allegations of a potential firing as an insider told Page Six that Andy and his fellow Bravo executives were extremely put off by the “turkey baster” comment she made toward Tinsley.

“It was part of sealing her fate,” a source claimed on September 1. 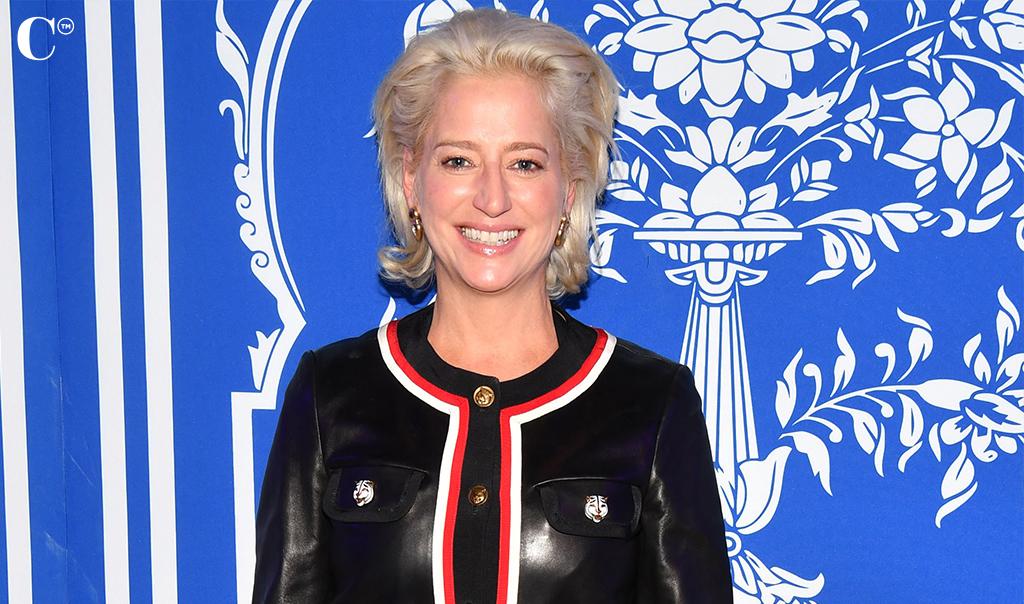 Although Andy was most definitely not amused by Dorinda’s statement, he denied Page Six’s report in an Instagram comment before opening up about the real reason behind Dorinda’s departure from The Real Housewives of New York City on an episode of his Radio Andy talk show, Andy Cohen Live, earlier this week.

“There was a big story on Page Six that her turkey baster comment was the last straw for me, personally. And while I didn’t like that comment, that’s not true,” he told his listeners.

Andy then explained that it was actually a comment Dorinda made about needing the break at the reunion taping that served as a real eye-opener.

“She said something at the reunion that struck us all, which was that she should have taken the year off this year,” Andy revealed.

As fans may recall, Dorinda went through a number of challenging moments, including a breakup from John Mahdessian, just as filming began on season 12 last summer.

“She was in a bad place. Her house had been flooded, her dad was sick,” Andy recalled.

Plus, Andy continued, there was extra pressure on the cast to perform following the sudden exit of Bethenny Frankel last August.

“We lost Bethenny right as filming began and we lost Tinsley halfway through the season. So maybe Dorinda didn’t feel like she could take the year off. But in any case, sometimes taking a pause is a good thing,” he explained.