The past few years have seen an influx of non-politicians running for office. Most notably, Washington newcomer Donald J Trump 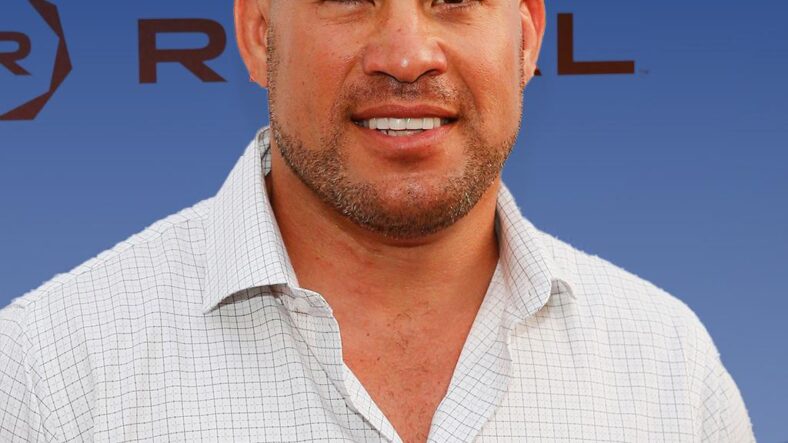 The past few years have seen an influx of non-politicians running for office. Most notably, Washington newcomer Donald J Trump won the presidency in 2016 despite zero political experience. This year, UFC Hall-of-Famer Tito Ortiz is throwing his hat in the ring.

Who is Tito Ortiz?

The future UFC star was born in Huntington, California, on January 23, 1975. At five years old, Ortiz’s family moved to Santa Ana. Ortiz’s real name is Jacob Christopher, but his father nicknamed him, “Tito,” when he was a year old. Ortiz had a rough childhood, and spent time on the streets as his parents both struggled with heroin addiction.

Ortiz himself found trouble with drugs, experimenting with PCP and cocaine. Ortiz was involved with gangs and spent time in juvenile hall as a result. Ortiz’s parents divorced when he was 13, and his mom brought him back with her to Huntington. In Huntington, Ortiz attended Huntington Beach High School, where he discovered a love for wrestling. After graduation at age 18, Ortiz was kicked out of his house by his mother, moved in with his brother, and fell into a deep hole with a methamphetamine addiction.

A year later, an old wrestling coach ran into Ortiz and convinced him to enroll in college.  While in college, Ortiz trained with UFC fighter Tank Abbott, and competed as an amateur in UFC tournaments.

Ortiz rose to stardom by dominating UFC fight after UFC fight. A master of the unanimous decision win, Ortiz was granted Hall of Fame status in 2012.

Ortiz was in a serious relationship with adult film star Jenna Jameson and has twin sons with her. The pair has had a tumultuous relationship, with Ortiz accusing Jameson of Oxycontin addiction and reckless behavior, and Jameson accusing Ortiz of domestic violence. Both have since recanted the allegations and broke up in 2013.

In 2014 Ortiz was arrested for a DUI and sentenced to three years probation, a fine, and enrollment in an alcohol education program.

Ever since President Trump first considered running for office, Ortiz was there to support him. An ardent believer in all things Trump, Ortiz has embraced some of the president’s wilder conspiracies. He clarifies that he doesn’t believe that COVID-19 in a hoax, but he believes it was a man-made plot to end the protests in Hong Kong. 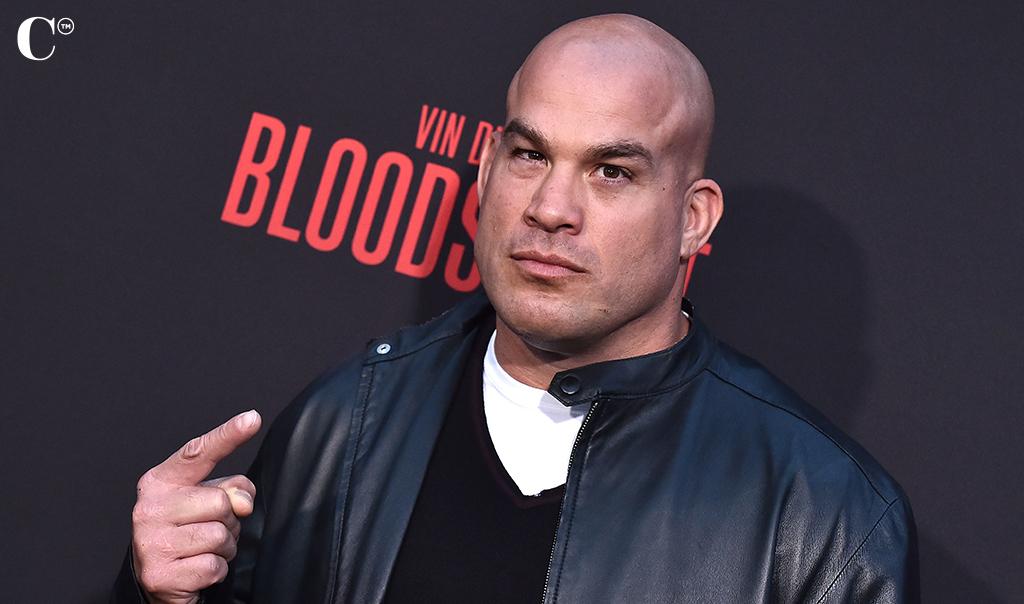 After a 2019 win, Trump congratulated Ortiz personally by tweeting, “Congratulations to @TitoOrtiz on tonight’s huge WIN, a Great American Patriot!”

Tickled, Ortiz replied in a tweet, “Thank you very much Mr. President @realDonaldTrump that means the world to me! #KAG#MAGA.”

After Trump signaled to supporters in 2020 that he may believe in QAnon theories, Ortiz wholeheartedly embraced the conspiracy theorist group, even selling Q merchandise on his website which includes Trump merchandise. He sells gear reading, WWG1WGA, which is a Q slogan that stands for, “Where We Go One, We Go All.”

In a video recorded during an Instagram Live, Ortiz says some disturbing things, including, “let’s hang all these motherf—ers. We should line them up and just execute all of them. That or we should torture them. I’ll get some hard-hitting n—-s and we’re gonna get medieval on their a—s.” It seems as though Ortiz is referring to those called, “deep state,” by right-wing politicos. Hillary Clinton is often referred to as being part of the deep state, as well as former president Barack Obama.

In a video he made during a workout in late August, Ortiz gives the voters a view of the kind of politician they can expect him to be as he discusses plans to become Governor of California someday. Ortiz says, “[California] is going downhill quick, man. All because of mental illness, druggies. It’s sad, man. A lot of people need help. Then you’ve got the lazy people, who don’t want to contribute to society. I think it should be a law. If you don’t contribute to society, you should go to jail. But that’s just my opinion, so.”

Does that sound like the perfect candidate to you?

If Ortiz sounds like your dream candidate, you’re in luck. In July, Ortiz announced that he would officially be running for city council. Ortiz decided against a career in law enforcement, telling TMZ Sports, “I kind of realized I’d be putting myself into danger and my family into danger maybe a partner if I did become a police officer. My community has gave me so much through my career now it is time to give back to my community and I’m ready for city council.” 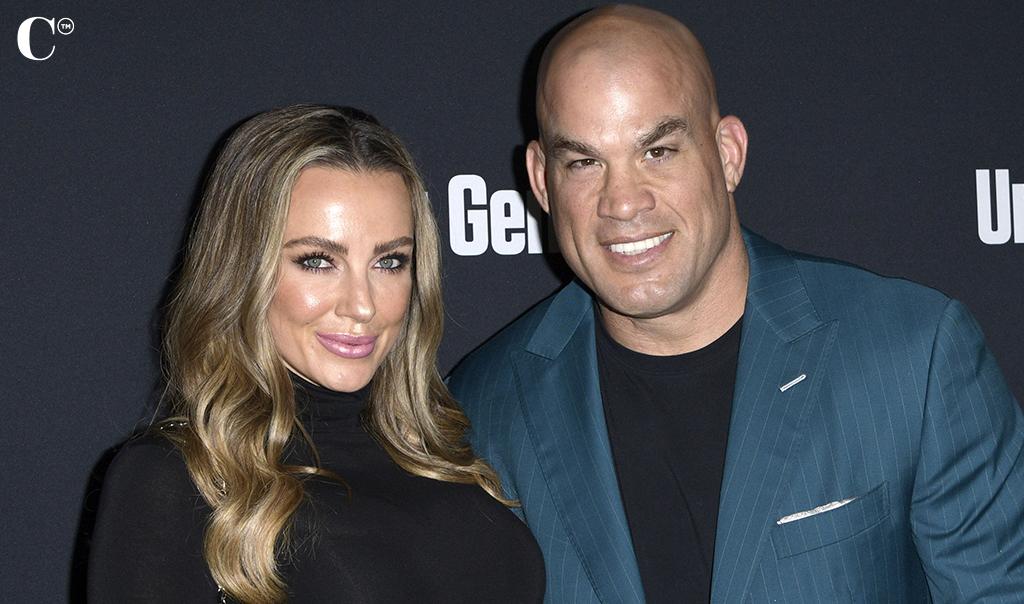 Huntington Beach selects their mayor from among sitting City Council members, and that’s part of Ortiz’s plan. Ortiz continues, “…you’ve got to run through city council first and then you are appointed mayor of Huntington beach. I think I could fill those shoes 100 percent.”

Ortiz says that Donald Trump Jr had reached out to show love for his decision to run for city council and ultimately mayor. Ortiz told TMZ Sports,“‘Donald Trump Jr. reached out to me and said, ‘I heard you’re running at Huntington Beach, go get ’em champ!’ I’m very thankful for that.’

Ortiz also says he would love to get on the phone with POTUS to get some advice, but understands Donald is a little busy these days.

In the meantime, Ortiz says he’s been brushing up on civics lessons in hopes of hitting the ground running if he gets elected.

Tito says his campaign will focus on making the city safe again — noting it was once considered the ‘Safest City In America.”

Well, there you have it. Ortiz is ready to run and Jr is behind him. Maybe Ortiz will secure that coveted presidential endorsement. Trump is well-known for endorsing down-ballot candidates to support his agenda. Ortiz says he has submitted paperwork and should appear on the November 3rd ballot.