Top Gun Trickery: Is Tom Cruise’s ‘Movie Star Charm’ a Front for a Man Who Hides Behind Religion?

Top Gun: Maverick hit theaters recently like a hurricane. Not only were fans excited about the beloved action movie universe 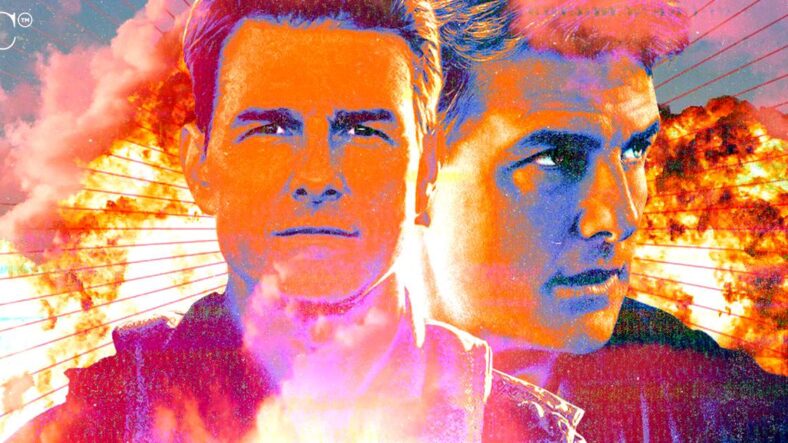 Top Gun: Maverick hit theaters recently like a hurricane. Not only were fans excited about the beloved action movie universe returning, but it returned with a bang. No out-of-touch actor with lackluster stunts, Tom Cruise hit the big screens again in his famous role with all the same power and skill.

But some interesting things have happened since the last Top Gun movie hit theaters in 1986. Since then, Cruise's personal life has been held under a microscope, and not all that was discovered has been flattering. Cruise's connection with the controversial religion of Scientology, in particular, has brought criticism from women's rights groups and fighting words from people who were once close to Cruise, including former fellow Scientologists.

Once-friend Leah Remini has spoken out in the wake of the success of Maverick, warning people not to fall for Tom Cruise's "movie star charm," because he's still the man who many consider to be abusive or at best the poster child for an oppressive religion.

Cruise belongs to the religion of Scientology. Founded in the 1950's by author L. Ron Hubbard, it's one of the most successful modern religions and has gained both fame and infamy through its most well-known practitioners, often Hollywood superstars.

CNN explains, "At the core of Scientology is a belief that each human has a reactive mind that responds to life’s traumas, clouding the analytic mind and keeping us from experiencing reality. Members of the religion submit to a process called auditing to find the sources of this trauma, reliving those experiences in an attempt to neutralize them and reassert the primacy of the analytic mind, working toward a spiritual state called 'clear.'

The process involves a device called E-meter, which Scientologists say measures the body’s electric flow as an auditor asks a series of questions they say reveals sources of trauma.

'Auditing uses processes – exact sets of questions asked or directions given by an auditor to help a person locate areas of spiritual distress, find out things about himself and improve his condition,' according to the Church of Scientology’s website.

Through auditing, practitioners identify the cause of their spiritual distress and learn to eliminate it. At the highest levels of practicing, a Scientologist can become an "Operating Thetan" which they believe allows one to transcend material laws.

The religion has been treated with scorn by the media over the decades, and people often joke that Scientologists believe that space alien parasites infect the human body and that the religion focuses on removing those. Practitioners scoff, but the image persists.

Part of what makes the church so controversial (aside from the fact that they do embrace questionable sources of spiritual distress) is the way the religious community approaches health and mental health – believing that you must treat mental unwellness through religious practices.

This means that people who suffer from extreme mental illnesses cannot receive proper medication and therapy treatment, including Katie Holmes – ex-wife of Cruise. Holmes is believed to have suffered from post-partum depression after the birth of their child and was forbidden from traditional treatment options.

But before Holmes came Nicole Kidman – and a whirlwind romance that dominated tabloids for years. NickiSwift explains, "It's been alleged that Scientology was as instrumental in setting up Tom Cruise and Nicole Kidman's marriage as it was in orchestrating their divorce. In his explosive Scientology exposé, 'Going Clear: Scientology, Hollywood, and the Prison of Belief' (via New York Post), Lawrence Wright alleged that Scientology leader David Miscavige had facilitated Cruise's break up with his first wife Mimi Rogers so the actor could wed Kidman, with whom he had fallen in love. Though Rogers was also a Scientologist, she was apparently expendable. Cruise was prioritized as the future of the controversial church, and so was his desires."

But Kidman wasn't easy to move in Miscavige's schemes; raised Catholic, she never fully converted and rumors suggest that the church instrumented their break-up.

Whether or not his subsequent relationship with Holmes ended because of his critical view of depression treatment or not, Cruise was immediately slammed in the media for the way he views mental health treatment – a point of view which unfairly maligns mothers in particular, who can be struck by postpartum depression even with no prior clinical history.

Cruise was accused of being controlling, letting his religious beliefs dictate the health treatment his spouse was allowed to receive – a reputation which would follow him to this day.

A Warning from Leah Remini

Thank you to my friend @claireheadley for your courage.

You have continued to speak out despite the non-stop attacks from Scientology.

And as Claire says in her post below, Tom Cruise knows exactly what goes on in Scientology.

Considering his active role in promoting Scientology, former practitioner of the religion and now outspoken critic Leah Remini has a few things to say about Maverick's success.

Remini left the church in 2003 and is now an activist who warns people away from the religion she considers deeply damaging. During her time in the religion, Remini interacted with Cruise and even attended his wedding to Holmes. According to Remini, the church goes beyond denying mental health treatment – it's downright abusive, especially to women. Remini has alleged in the past that Cruise knows about the abuses, and suggests he is a part of the worst of it.

After Cruise's new movie hit such a successful launch, a former scientologist who appeared on a revealing documentary alongside Remini, Clair Headley, had a few words; "Glad all you Top Gun fans are enjoying the new movie.

Personally, recent posts about this new movie only serve to remind me of Tom Cruise and his crimes against humanity.

Extreme, you may think?

Destroying families is a crime against humanity. My opinion.

Ask yourself: When is the last time Tom talked to his only biological daughter, Suri?

Remember Katie Holmes and her extreme efforts to break free of his and Scientology’s control?

Tom Cruise promotes a dangerous cult that destroyed my family too, the same cult that almost cost me my marriage and my life. The same cult that forced me to have two abortions, and which I fled from in 2005 with the clothes on my back and $200 in my pocket, to which they tracked me down, across state lines, to attempt to prevent my escape. Thank God they failed.

So no, I will not watch the movie, nor will I ever support or approve of this scam of a man. Trust me, Tom Cruise knows exactly who he is supporting and the abuses that organization perpetrates. I worked with him while I was there."

On Twitter, Remini signal boosted her friend's social media post, adding the caption, "Thank you to my friend @claireheadley for your courage.

You have continued to speak out despite the non-stop attacks from Scientology.

And as Claire says in her post below, Tom Cruise knows exactly what goes on in Scientology.

It's a jarring reminder that the man who has been keeping his nose clean for the past decade has a questionable reputation. Whether or not Remini and Headley's words will resonate after so long remains to be seen. Many believe that the hype about Scientology's abuses are overblown, and they won't be convinced.

Others already see him as the villain, and won't be convinced. The question then is – is anyone left to be convinced?